Tom Sykes (Kawasaki Racing Team) chose a good location to extend his all-time record of Superpole wins to 46 – a full Valentino’s worth – at Misano, which is not very far from the MotoGP legend’s home town of Tavullia.

Sykes was on course to take his 46th pole, and fourth of the season, after most others had set their best attempt, going faster than eventual second place man Jonathan Rea (Kawasaki Racing Team) in the first two sectors, only to lose a fraction in the third. Sykes made it back up in the fourth and last part of the 4.226km long circuit for a new track best in Superbike of 1’33.640. He was just 0.033 seconds ahead of Rea at the end.

Behind the KRT duo, the aggressive Eugene Laverty (Milwaukee Aprilia) was third fastest, earning a front row start for the first race later today using the new 200/65 rear qualifying tyre, like most of his peers. Race one takes place at Misano at 13.00, local time in Italy. 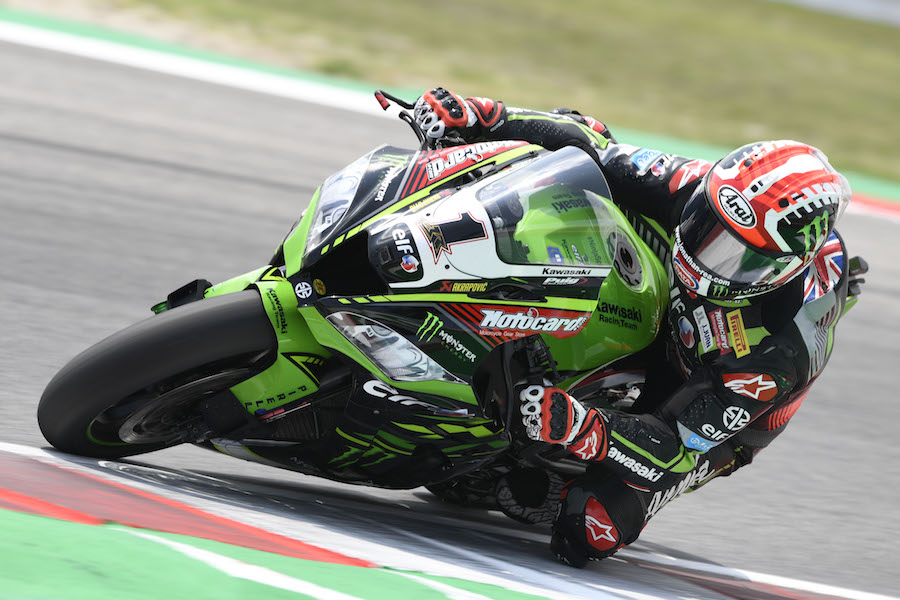 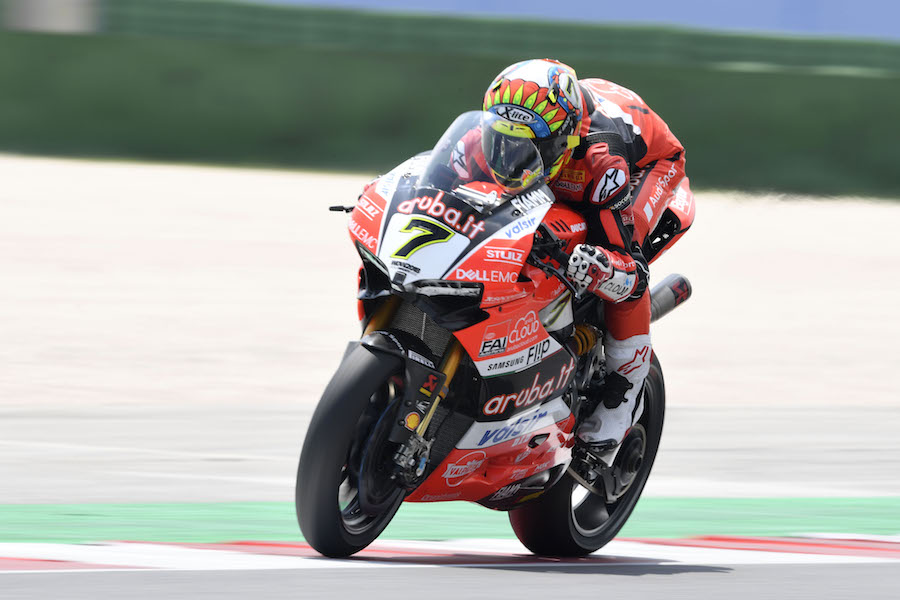 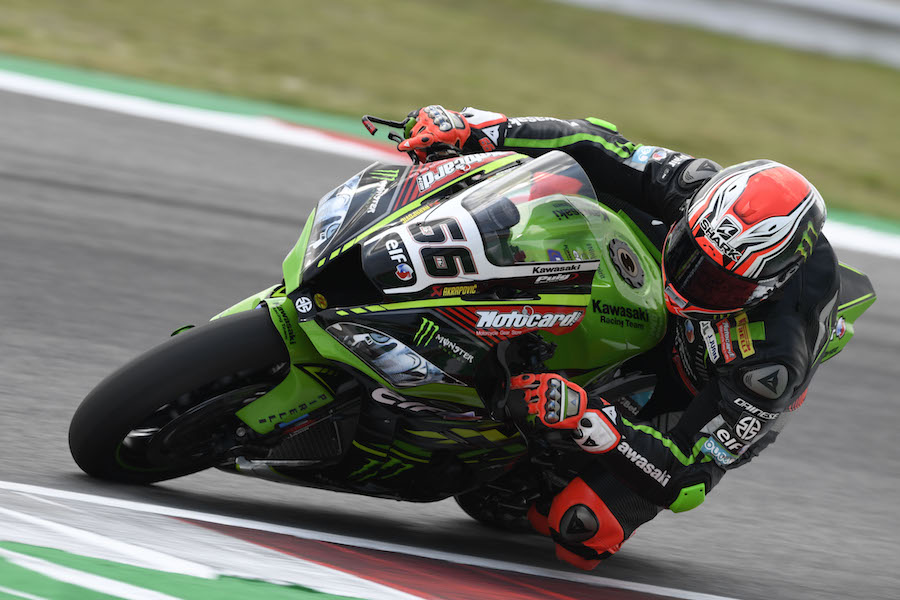