The Otway Ranges near the Shipwreck Coast is a far cry from Mount Everest’s ice-covered slopes, but this was the destination for the Australian launch of Royal Enfield’s new adventure bike: the Royal Enfield Himalayan.

The Himalayan is a completely new concept for the Indian-based company. In the past it has pumped out bikes like the 350 and 500 Classic, the Bullet and the Continental GT – all old-school road-based motorcycles. We also know that the company is aiming to expand and investing accordingly, so in a way this bike is a sign of things to come. We spent two days riding the slippery mud-covered mountains of the Otways, threw in some freeway work and a few other things in between to put it to the ultimate test – keeping in mind that it is very much in the budget adventure bike sector at just $5990 (+ ORC). Would it hold together? Below are some initial observations about the new machine.

The LS410 engine is a completely new low-stressed long-stroke design that uses a counter-balancer to smooth out vibration, making highway trips much more comfortable. Power is modest, but there’s enough to sit on the open speed limit all day long.  Overtaking does require a little bit of planning, however – it’s a good idea to change down a gear before you pass to get acceleration. 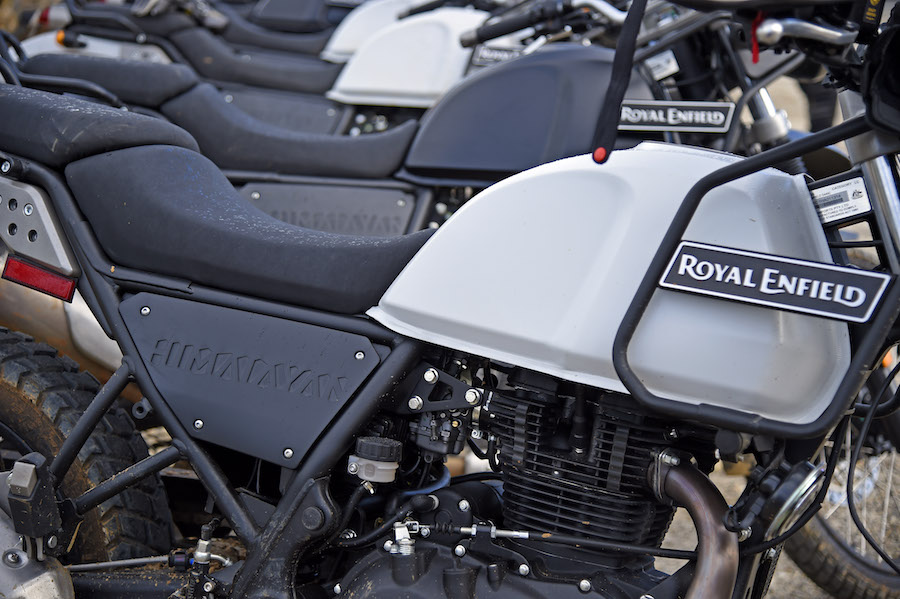 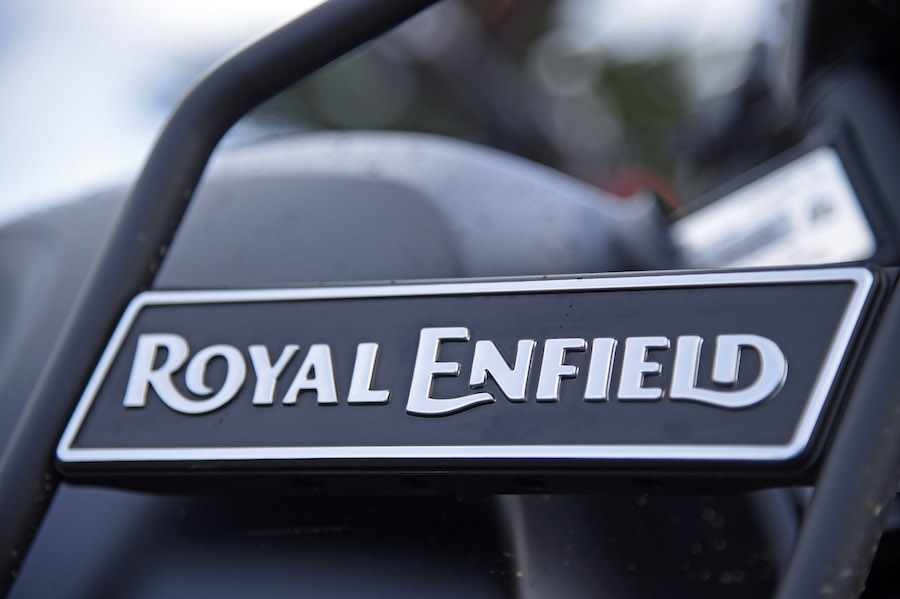 The lack of vibration not only gives you a much more comfortable ride over longer distances, it also improves reliability of the engine and the running gear. Less vibes will mean everything hangs together better, and with a claimed 350 kilometres from the 15-litre tank it’s a real mile muncher.

That is if you can handle the seat. I’m not sure but I think the developers forgot to put the foam under the nice cover as you seem to sink in quite a bit. At the end of the two days, however, my butt was in better condition than it should have been and a bike that retails for this price can’t be perfect. On the plus side, the seat height is low for an adventure bike, making low-speed manoeuvring easy. Although the machine is built in India, there is a big international influence when it comes to the overall design. Items like the frame, swingarm and geometry were developed by Harris in England. The same company also implemented the monoshock rear end, a first for Royal Enfield. It all works together extremely well and although there are no adjustments to be made except rear preload, ride quality is very good. Style is an important part of buying any motorcycle and in the case of this bike it’s the one area that in my eyes could have been handled better. It’s tough and can carry lots of luggage, but there will be more talk about the Continental GT at the café than the Himalayan.

Over the launch I tried hard to ride the Himalayan to its mechanical limit and beyond to see if it would hold together – and it did. It shows all the signs of being a reliable bike, and at $5990 (+ ORC) it’s definitely one for the masses.

Stay tuned for a full report in AMCN.