Fernandez graduates to MotoGP
Two wins and four podiums in two seasons of Moto3 and three victories with a total of six trophies to date in Moto2: 20-year-old Raul Fernandez will continue his climb to the peak of MotoGP with a Tech3 KTM Factory Racing saddle next year. 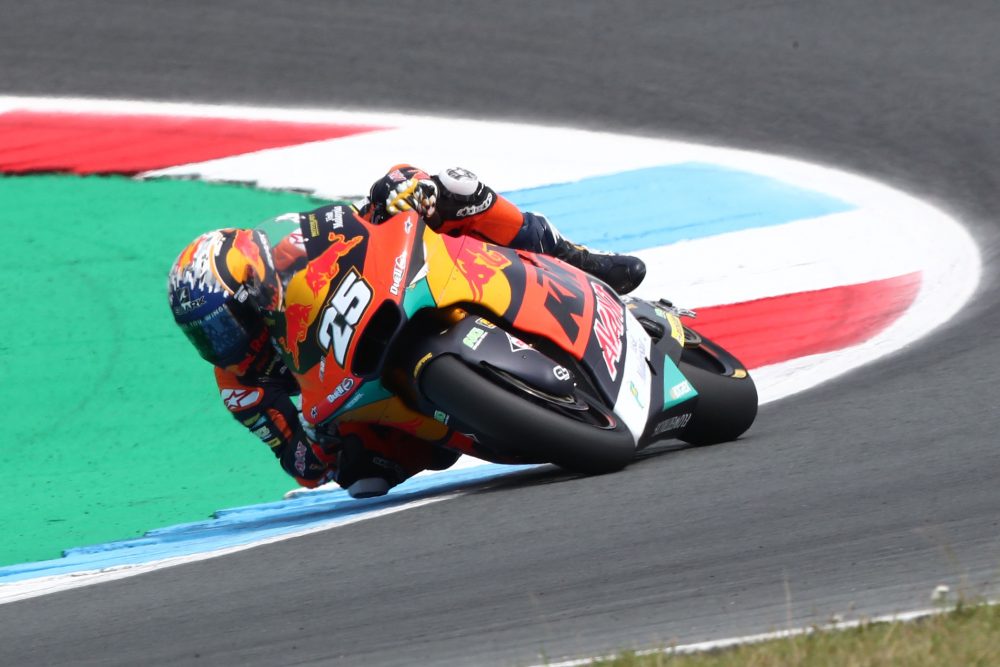 Along with Australian Remy Gardner, the Spaniard has been the dominant force as part of Aki Ajo’s Red Bull KTM Ajo team in Moto2 after graduating from the KTM RC4 in Moto3 in 2020. He sits 2nd behind Gardner in the championship at the mid-point of the campaign and on the eve of race day at the Michelin Grand Prix of Styria. Fernandez’ adaptation to the demands of Moto2 and his continuing fast development as a professional GP rider has helped KTM race management decide to elevate #25 to the premier class. 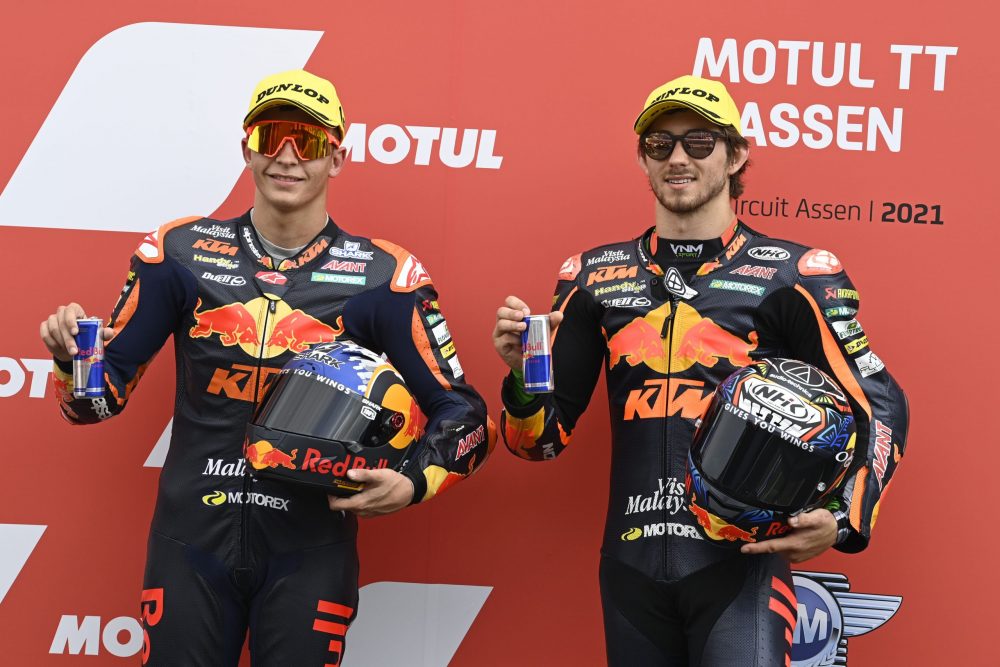 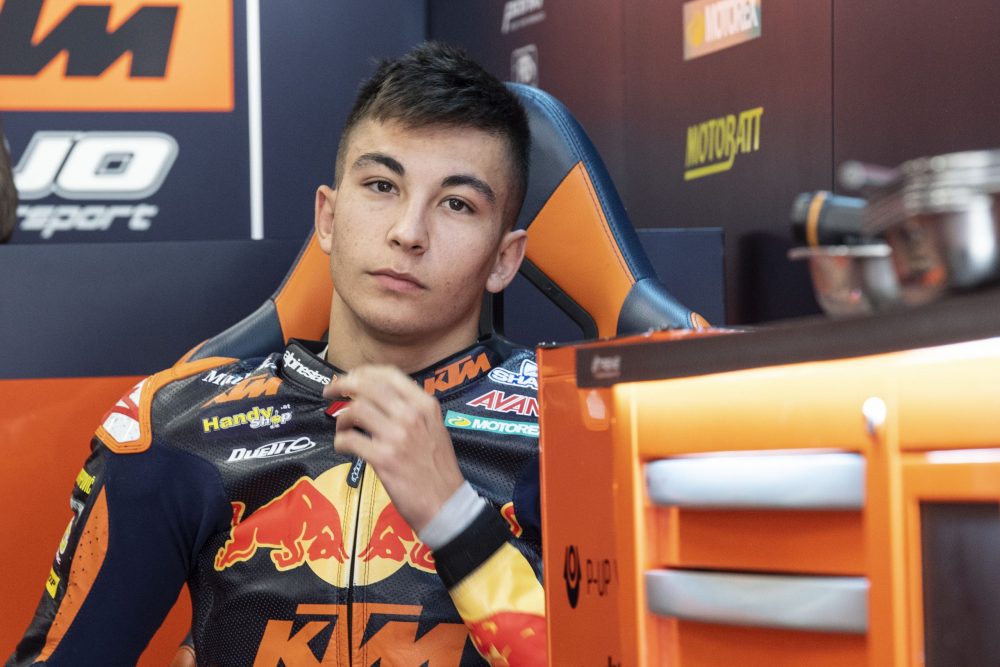 Raul Fernandez: “Honestly, I’m really pleased with this opportunity from KTM, as much for this year as for the next. I’ve been learning a lot and enjoying Moto2 and was able to get into a position where I have this chance to enter MotoGP and for which I’m very grateful: it’s the dream of any rider to arrive to this class. Right now, the most important thing is to keep focusing on this season and giving all I have up until the last race to try and fight for the championship. If it doesn’t work out then fine, everything happens for a reason, and you have to look towards the positives. I’ve been a rookie this year and I want to close the chapter and then start again for 2022 where I’ll be looking to find a good feeling on the bike and, above all, aiming to enjoy myself.”

Pit Beirer, KTM Motorsport Director: “I’m happy to announce that Raul will move into the MotoGP class with us, and this further proves that our KTM GP Academy project is working from the Red Bull MotoGP Rookies Cup all the way to MotoGP. We all know that Raul is an outstanding talent. His jump from Moto3 to Moto2 had some question marks but he showed repeatedly that he is an excellent rider on the bigger bike, which was our original thought and hope because he was quite tall for Moto3. Going to MotoGP so quickly wasn’t part of the initial plan but he has demonstrated that he has the potential. The Moto2 line-up at the moment with Remy is like a dream team, so to move both of them to the premier class makes it very strong and means we now have riders for MotoGP that have come through our system. We had – and still have – a similar ‘dream team’ with Brad and Miguel and now we can repeat the same story with another Moto2 line-up. If you know the guys, their background and how they work and how they feel in the KTM surroundings then it makes the whole effort stronger.”

Hervé Poncharal, Tech3 KTM Factory Racing Team Principal: “We are delighted, proud and excited to welcome Raul Fernandez next to Remy Gardner. I think it’s going to be a very exciting 2022 season with the two of the brightest talents of the Moto2 category moving to the premier class. Even though it will be their rookie season, I’m quite sure they will quickly learn and after a few races show their potential in the MotoGP as well. Raul has had an unbelievable first part of his rookie Moto2 season, something that has not been achieved in a long time. Although we are very pleased with this announcement we know we still have half a season to go with our current riders, Danilo Petrucci and Iker Lecuona, which I want to thank for their dedication and their never-ending constructive attitude, and, we clearly wish them well and best of luck for the future.” 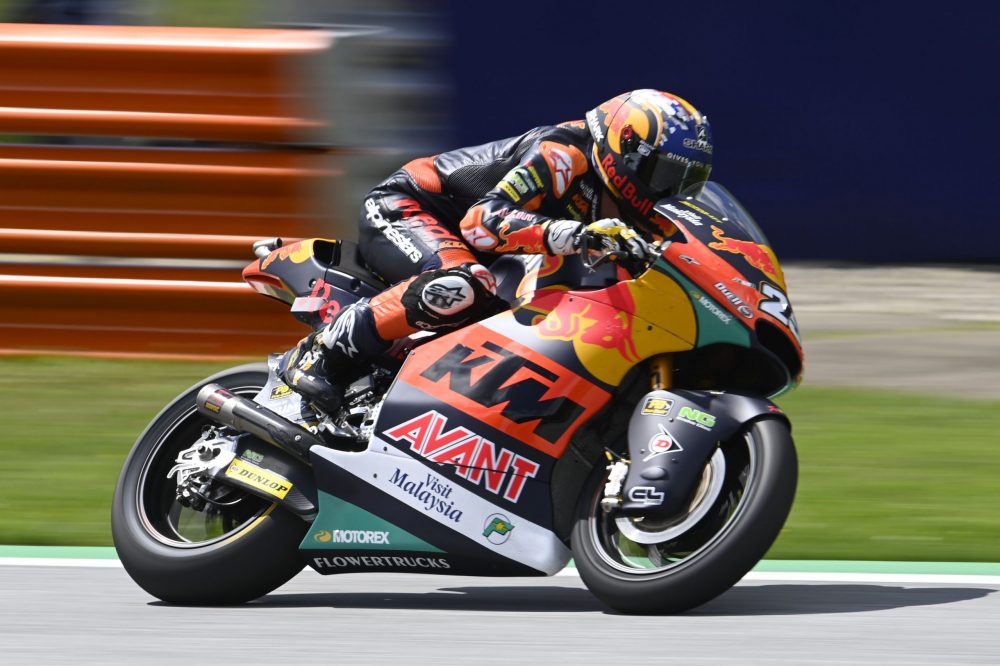