What is it about ex-police vehicles? As with our four-wheeled brethren, the thought of nabbing something that used to enforce the law seems to really float our boats. Hell, musclecars seem to increase in value if you can prove they were used by the boys in blue. So we were overjoyed when Dani from Switzerland’s VTR Customs did just that three years ago; then we find out he’s gone and made the thing bigger, better and badder than ever. Let us introduce you to his Polizia 1.9 racer, which started life as a very straight-laced BMW R 80 RT.

The first draft of the BMW, aka Polizia Uno, was developed from a cache of police bikes Dani has stashed away for a rainy day. Purchased from the Swiss police force, this particular example is a ’88 model that had about 100,000 kilometres on the clock when acquired. It went on to star in many a European sprint race, with its best result a third placing at Glemseck in 2016. But as the competition upped its game, it came time for this bike to do the same. Or as Dani put it: “Everyone became more crazy after too much partying and beer; they started to improve their racers to the next level.” 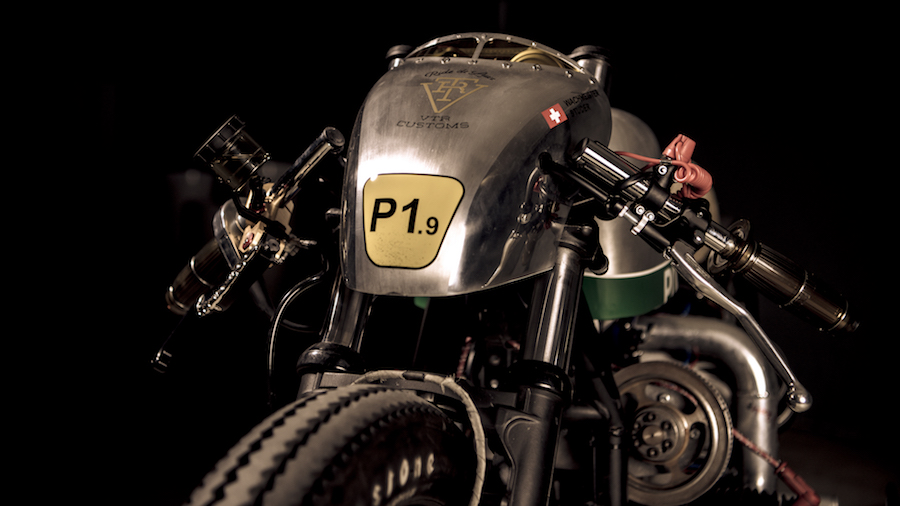 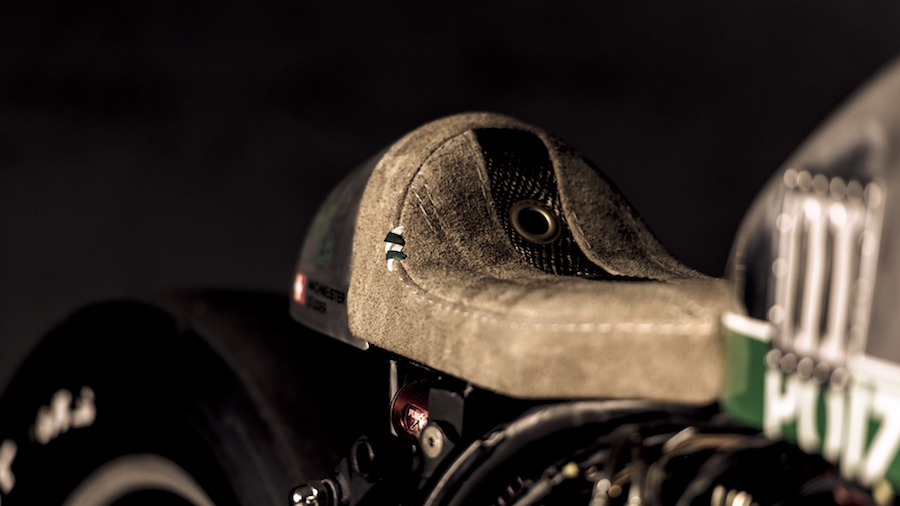 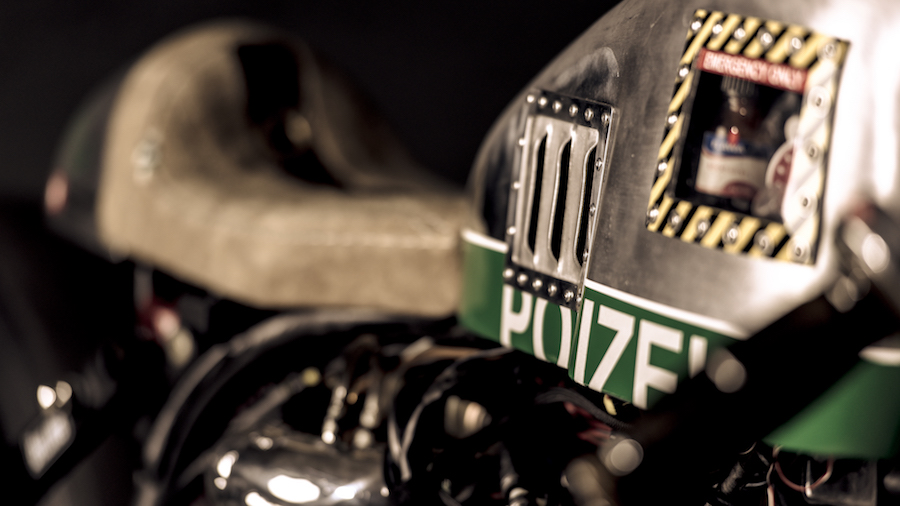 So Dani did, too. “Our key issue after getting the supercharged and NOS’d engine sorted was traction. We were losing metres in every race because this freaking police bike went up on to its rear wheel as soon as the power was applied. So you had to roll off the throttle in order to not backflip the thing.” His answer to the fliptastic motorrad was tried and true one. A longer swingarm, a lower front fork, a flatter steering angle and a more forward seating position – just like the fast boys.

Those readers with decent numerical skills will notice a small inconsistency with Dani’s version numbers. The bike didn’t quite make it to 2.0 version, but that’s because the Bavarian badass is not quite where Dani wants it to be.

“The simple answer is that we’re not quote done with the mods,” he explains. “We’d like to go as low as possible with the seating, which would mean starting from scratch with all the supercharger plumbing and mounting; we just didn’t have enough time or money for that.” 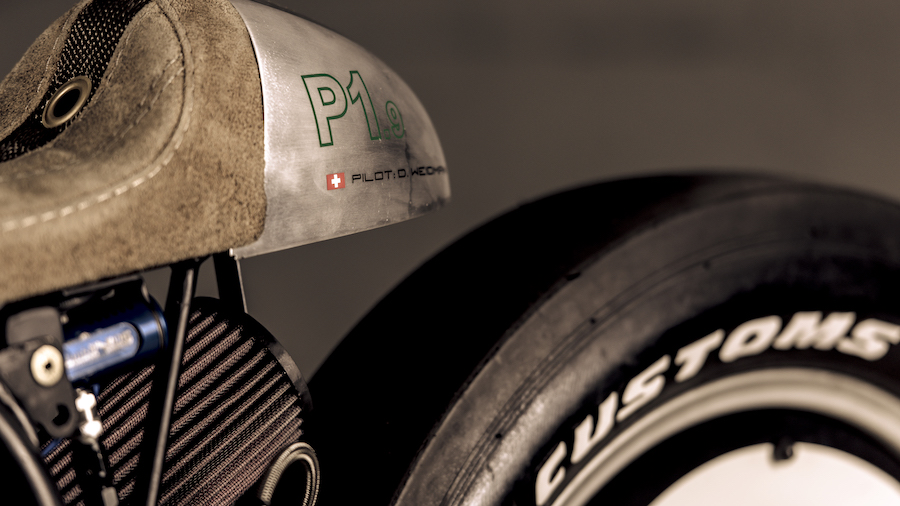 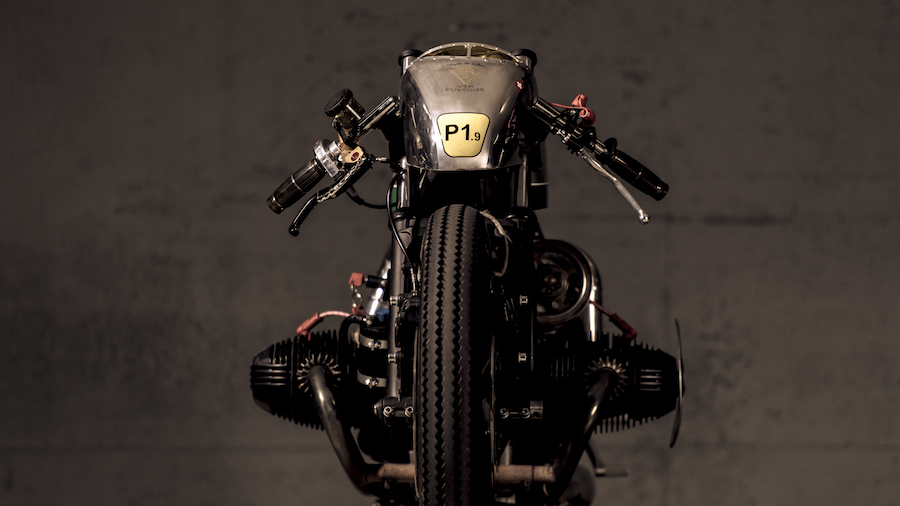 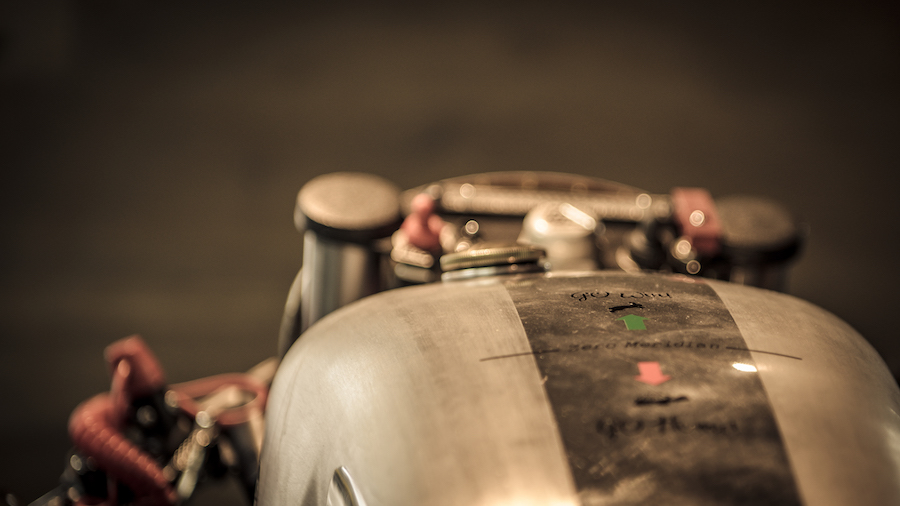 But Version 1.9 still has its fair share of mods. Most notably, the swingarm has been lengthened by 150mm, the fork has been chopped by 80mm and the steering angle was pushed forward by “several” degrees.

“We love the aesthetics and we are Swiss, goddamn it, so we love the details too,” laughs Dani. And the Beemer’s now slimmer and lower line meant a new, handmade fuel tank would better suit the look. Similarly, a lower and more aggressive front fairing was fabricated up, along with a new tail, a shorter seat, lower than low bars, and a Magura HC3 race brake master cylinder.
“The community complained after my good luck talismans – the pacifier from my son and the styptic blood stopper from my doctor – were removed. But they have simply been swapped to right side of the racer’s gas tank into their own showcase with glass and, yes, a light to show them off properly.” 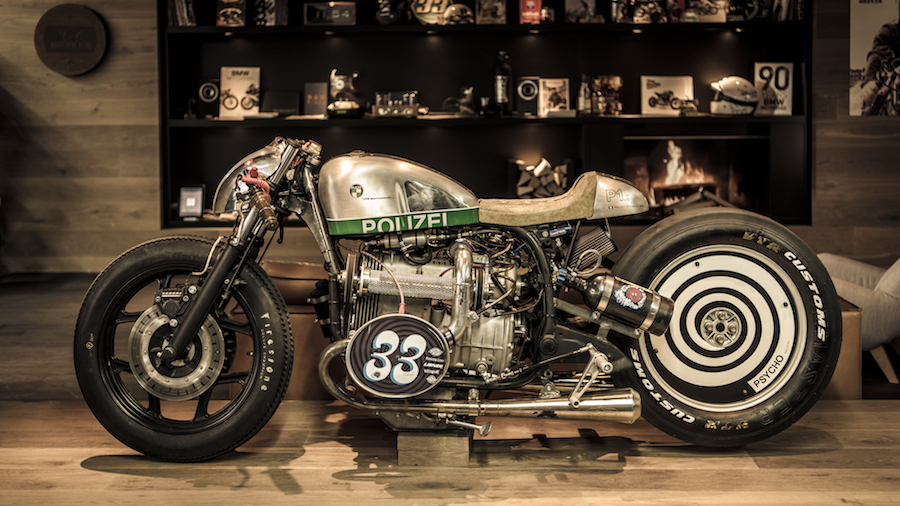 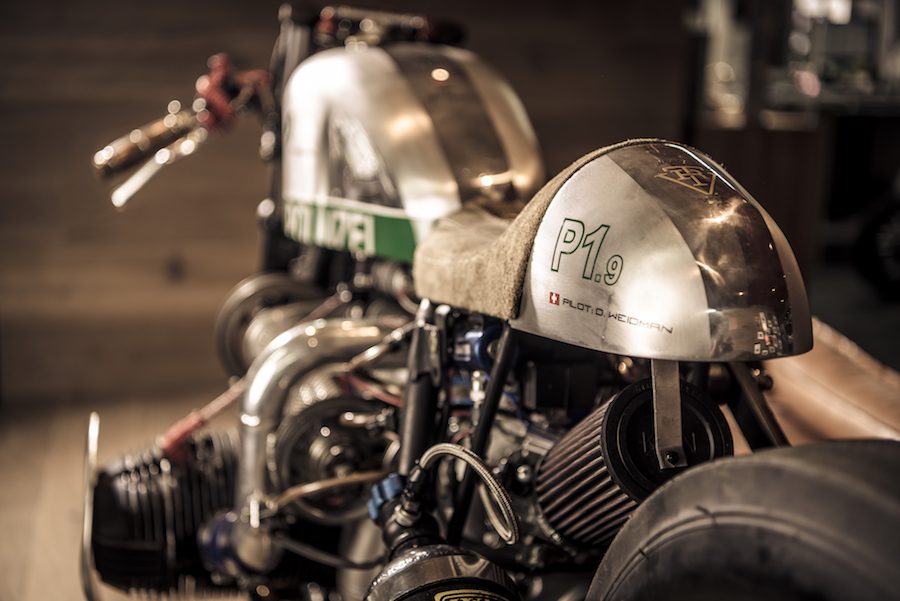 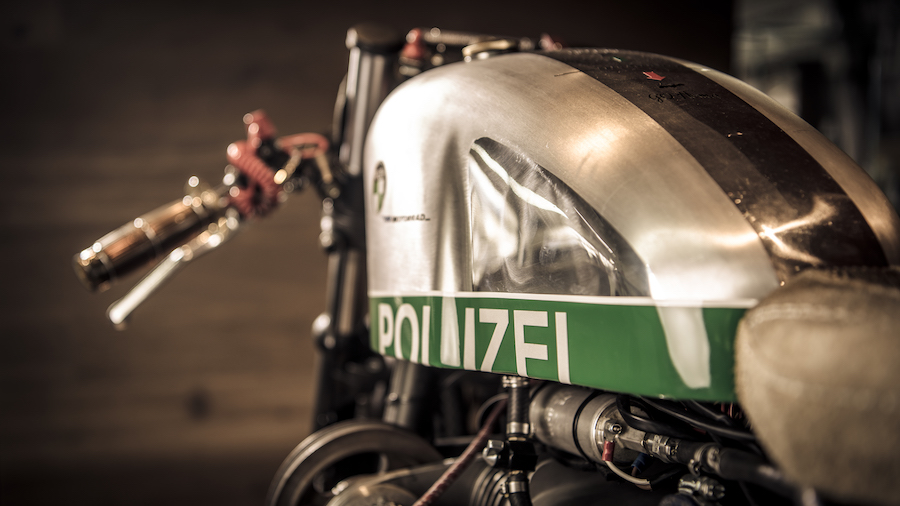 In December, Dani had to go to the hospital to have a steel plate removed from his collarbone. So, as you do, he posted a funny picture of himself lying in the bed showing off the original plate the doctors removed. And when a colleague commented, “Hey. That looks like a brake lever!” Well, you can probably guess the rest of the story. Look closely.

“Our first tests have been very promising, but looking at the social media channels from my Sultans friends, I fear we are again being outpaced by the opposition. They seem to have built even crazier monsters – holy shit!”

“The BMW’s fuel injection is a custom set-up by VTR Customs and Mectronic which has various race and show mappings, all of which are available directly by switches on the dash,” Dani explains. “The supercharger is a Rotrex unit and the happy gas is from Wizard of NOS.” They’ve just unknowingly won the AMCN award for the coolest company name, by the way. There’s also an electronic  quickshifter and launch control should Dani feel so inclined. From the factory, the bike came with a power capability of 36kW (48hp) and Dani reckons he’s more than tripled that figure with the 1.9 version. Break a leg in the 2018 races, Dani – just don’t break another collarbone. Though a matching clutch lever might be nice.