After eight years at the helm of Team Suzuki Ecstar in the role of Team Manager, Davide Brivio and Suzuki have announced an end to their collaboration.

The Italian has been present in the MotoGP World Championship paddock for more than 20 years and has been involved with Suzuki since 2013. He held the position of Team Manager when Suzuki embarked on their new MotoGP project, and has remained in place throughout their rise to success, which was this year topped-off by the incredible World Championship crown achieved by Joan Mir, and the Teams’ Championship title for Team Suzuki Ecstar. 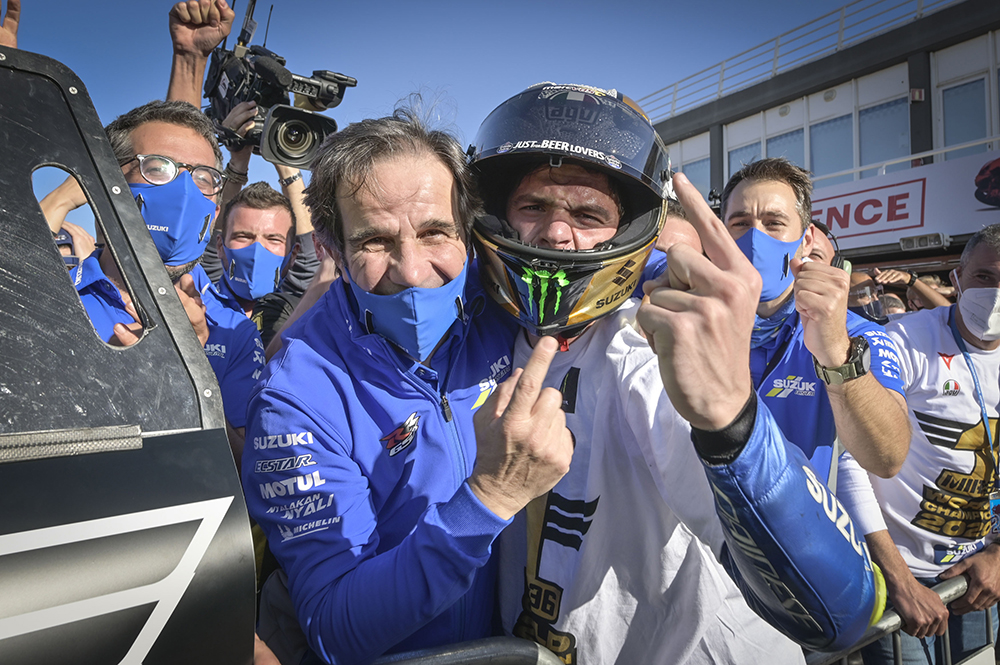 Brivio is pleased with the milestones achieved with Suzuki but now wishes to pursue new challenges in his professional and personal life, away from MotoGP.

Team Suzuki Ecstar appreciate the work done by Davide Brivio, and the excellent goals achieved together. The Suzuki squad now look to the future with sights set high for the 2021 season. 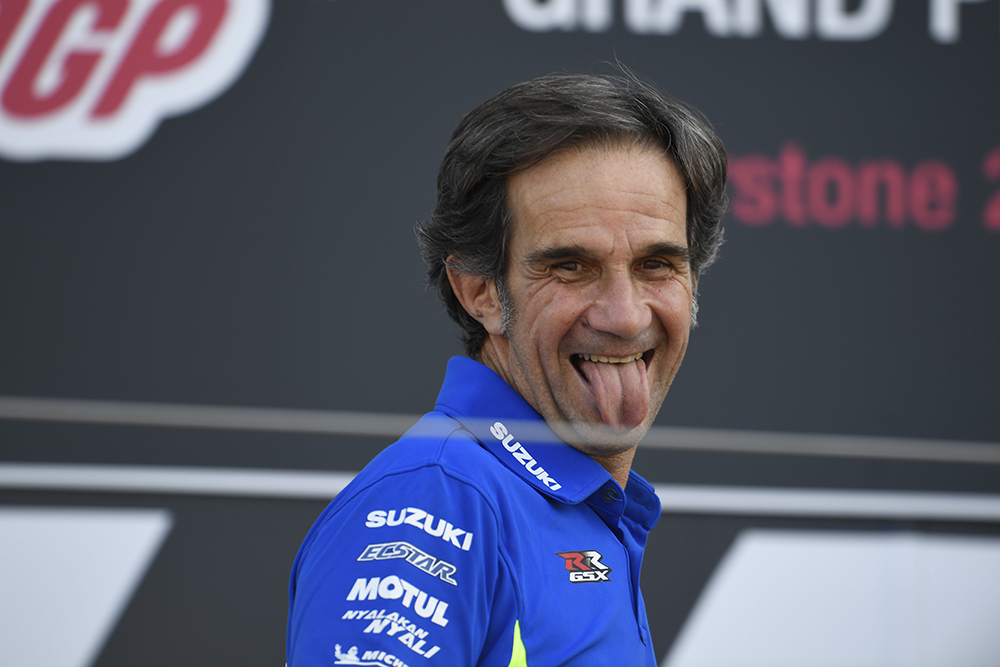 “A new professional challenge and opportunity suddenly came to me and in the end I decided to take it. It has been a difficult decision. The hardest part will be to leave this fabulous group of people, whom I started this project with when Suzuki rejoined the Championship. And it’s hard to say goodbye also to all the people who have arrived over the years to create this great Team. I feel sad from this point of view, but at the same time, I feel a lot of motivation for this new challenge – which was the key when I had to decide between renewing my contract with Suzuki or starting a completely new experience.

“Achieving a MotoGP title is something that will remain in the Suzuki history books and it will always have a special place in my life memories. I would like to deeply thank all the Suzuki management for their trust and confidence in me, which they had since the beginning. I would like to thank every single member of our MotoGP group in Japan and at the track, all the Suzuki network, and of course all the riders who rode for the Team in this period, especially Joan and Alex who did a great 2020 season.

“Joan becoming World Champion was a dream come true for me and for all the people who worked hard and accompanied me on this magnificent journey. I wish the best to Team Suzuki MotoGP, I hope that the results in the future will be better and better and I will always be a Suzuki fan. Thanks very much Suzuki!” 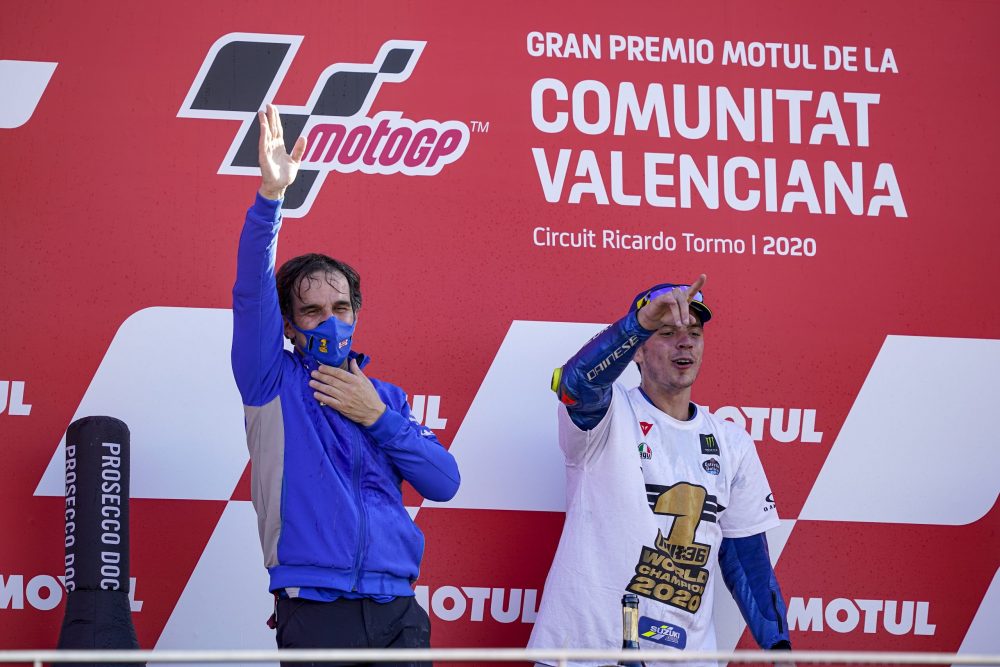 “Sincerely, it was shocking news for us about Davide’s departure from Team Suzuki Ec-star. It feels like somebody took a part of me because I always discussed with him how to develop the team and the bikes, and we’ve worked together for a long time. In 2020 we achieved fantastic results despite the unusual and difficult situation due to Covid-19. And 2021 will be an even more important year for us to keep the momentum. Now we are trying to find the best way to cover for the ‘Davide loss’. Luckily in most cases, I have had quite a similar way of thinking to him, therefore it is not so difficult to keep the direction we should go as Team Suzuki Ecstar, I think. We would like to wish him the best of luck for the future.” 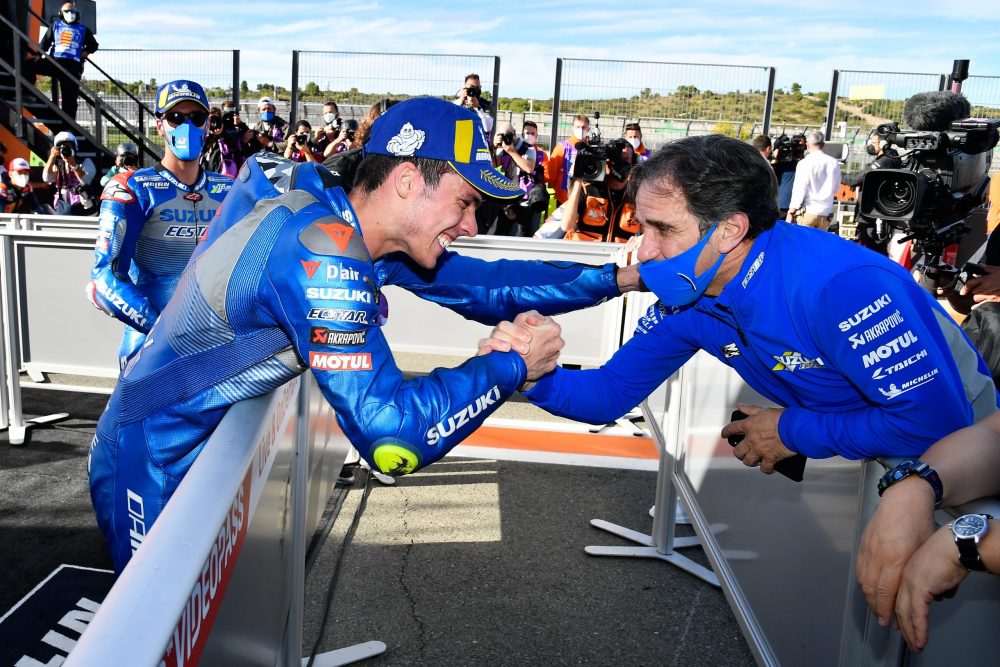 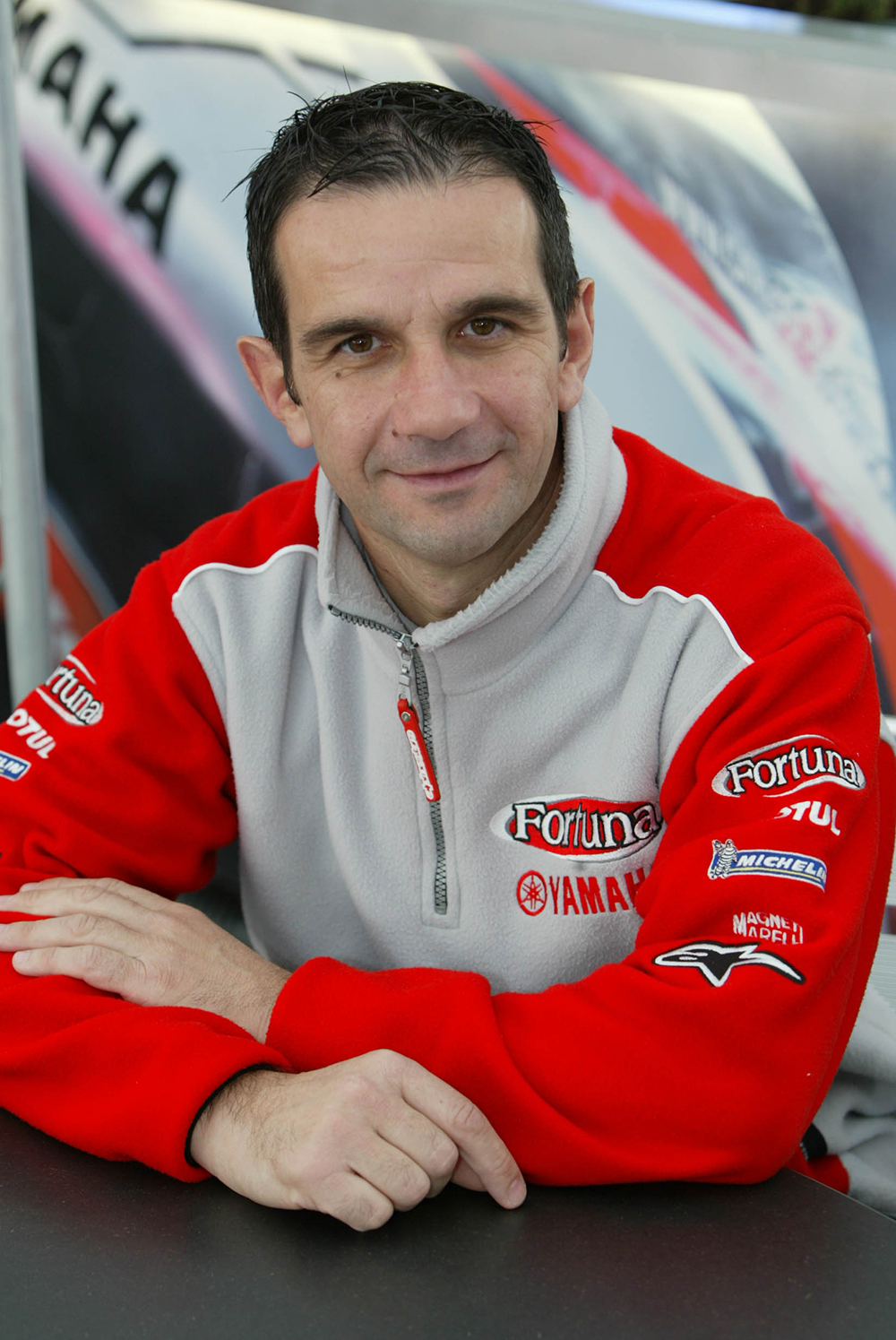 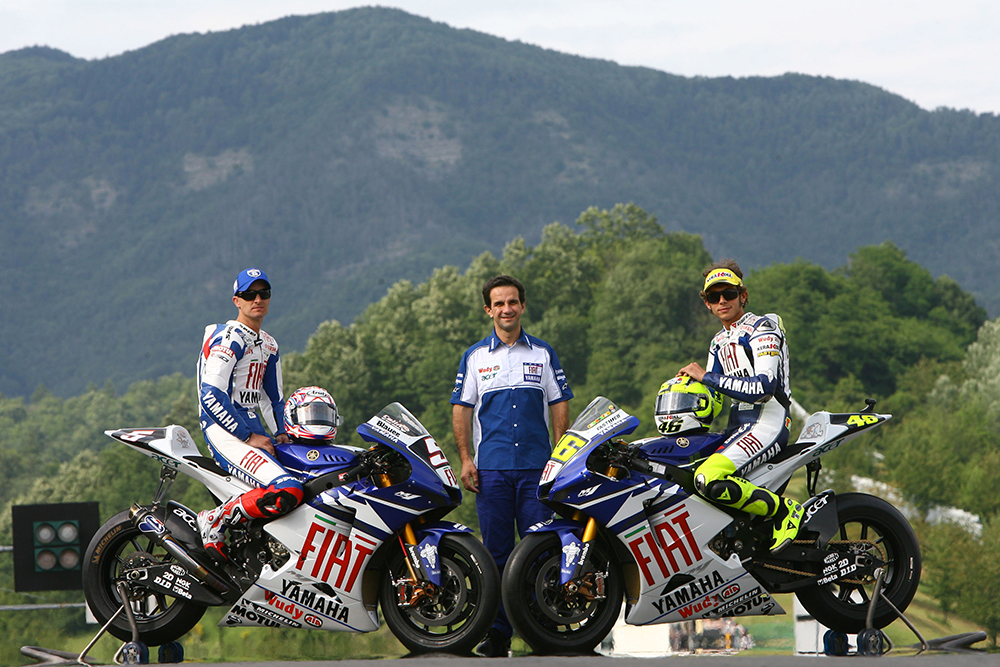 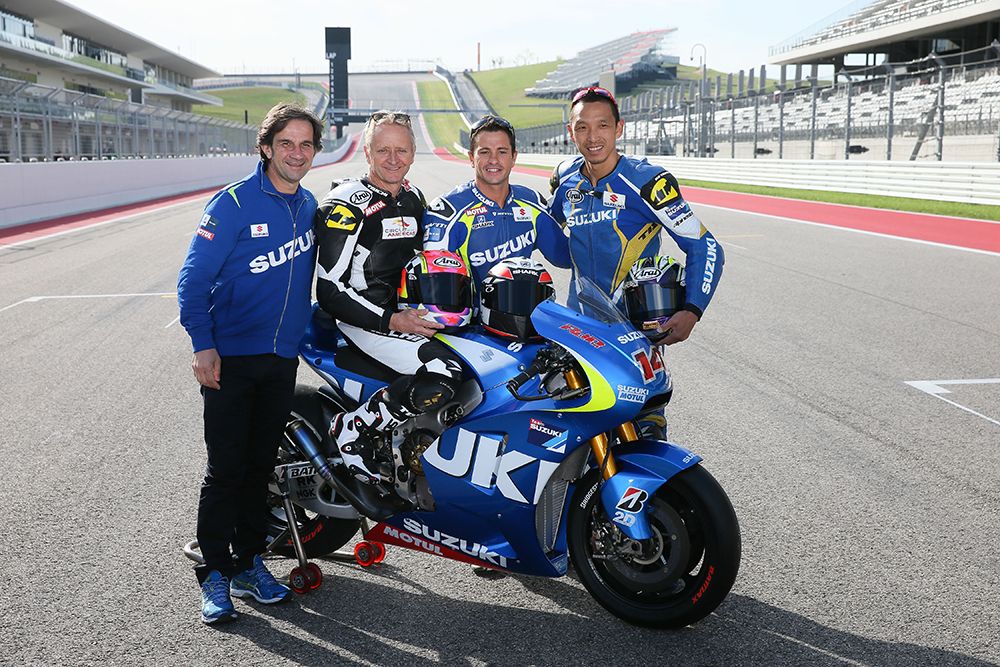 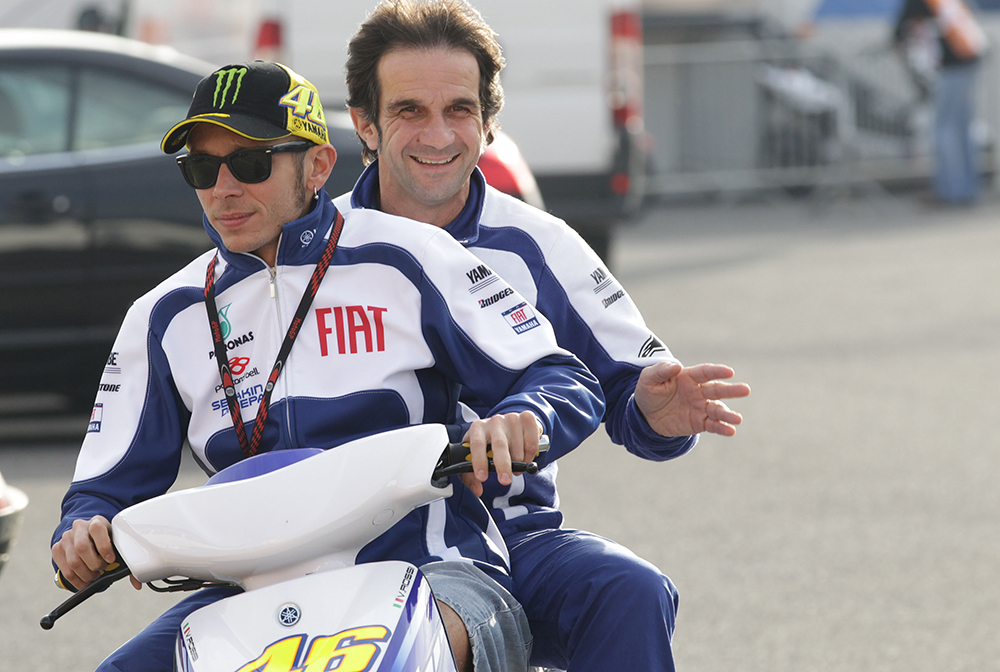