Ever wondered what 208km/h might feel like on a 91-year-old bike? We find out on Troy Corser’s Goodwood-winning Beemer

Australia’s Troy Corser marked the 20th anniversary of the Goodwood Revival in 2018 by thundering to his debut victory in the Barry Sheene Memorial Trophy event – the world’s most prestigious Historic road race. He did it with Austrian teammate Herbert Schwab aboard the oldest bike in the race, a supercharged 1929 500cc BMW R57 Kompressor boxer owned and prepared by Herbert’s father Paul Schwab, 72, a retired Nissan dealer from near Salzburg.

“Troy is an extremely nice guy, who’s incredibly skilled as well as so cheerful, and good to have around,” said Paul.

“How he rides the bike is just unbelievable – with no testing he was immediately fast when he rode it for the first time ever in qualifying.”

Double World Superbike champion Corser came from behind in the second of the two 25-minute races held on the Duke of Richmond’s 3.81km Goodwood circuit, to catch and pass the previous winners of this event, 23-time Isle of Man TT winner John McGuinness and teammate Glen English on a 1953 500cc Manx Norton.

In scoring victory in Race 2 by 14.47sec, Corser and Schwab overcame the 8.40sec time deficit the BMW-mounted duo had incurred in the previous day’s Race 1, when Troy stalled the bike at the Le Mans start, and was only 15th out of the 30 starters at the end of the first of the 16 laps. But by circulating four seconds faster than McGuinness to set successive lap records, and thanks to a 16km/h top speed advantage over the TT ace’s Norton, he pulled the BMW up to third place before handing over to Schwab. The Austrian rider, and a KTM development technician by day, bravely held that place to the finish, to reach the podium on his first visit to the fast British track. 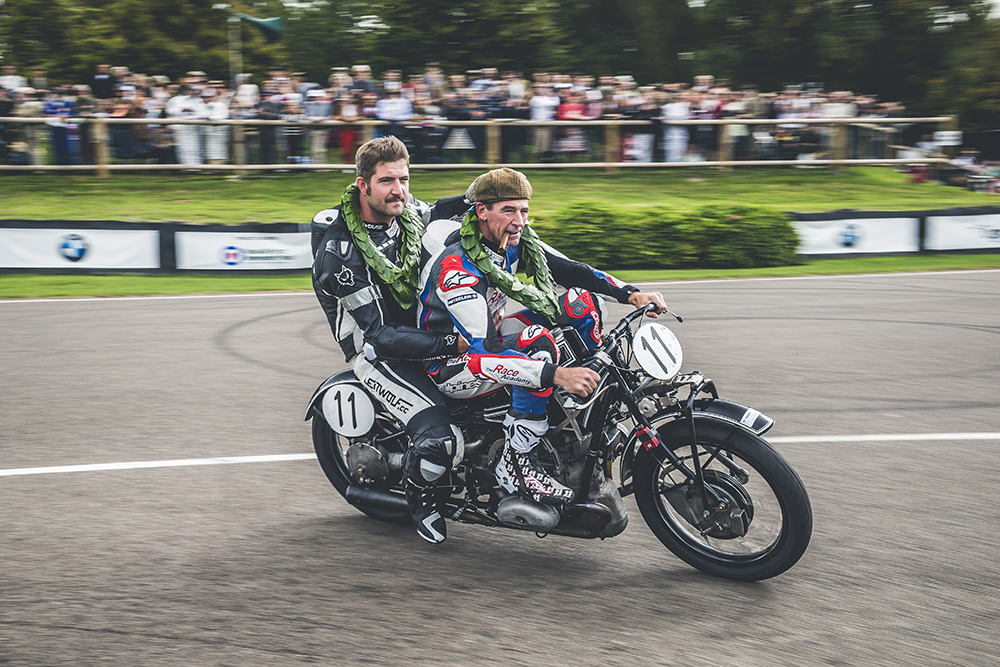 Want the full story on Corser’s Beemer? Check out that and more in the latest issue on sale now. 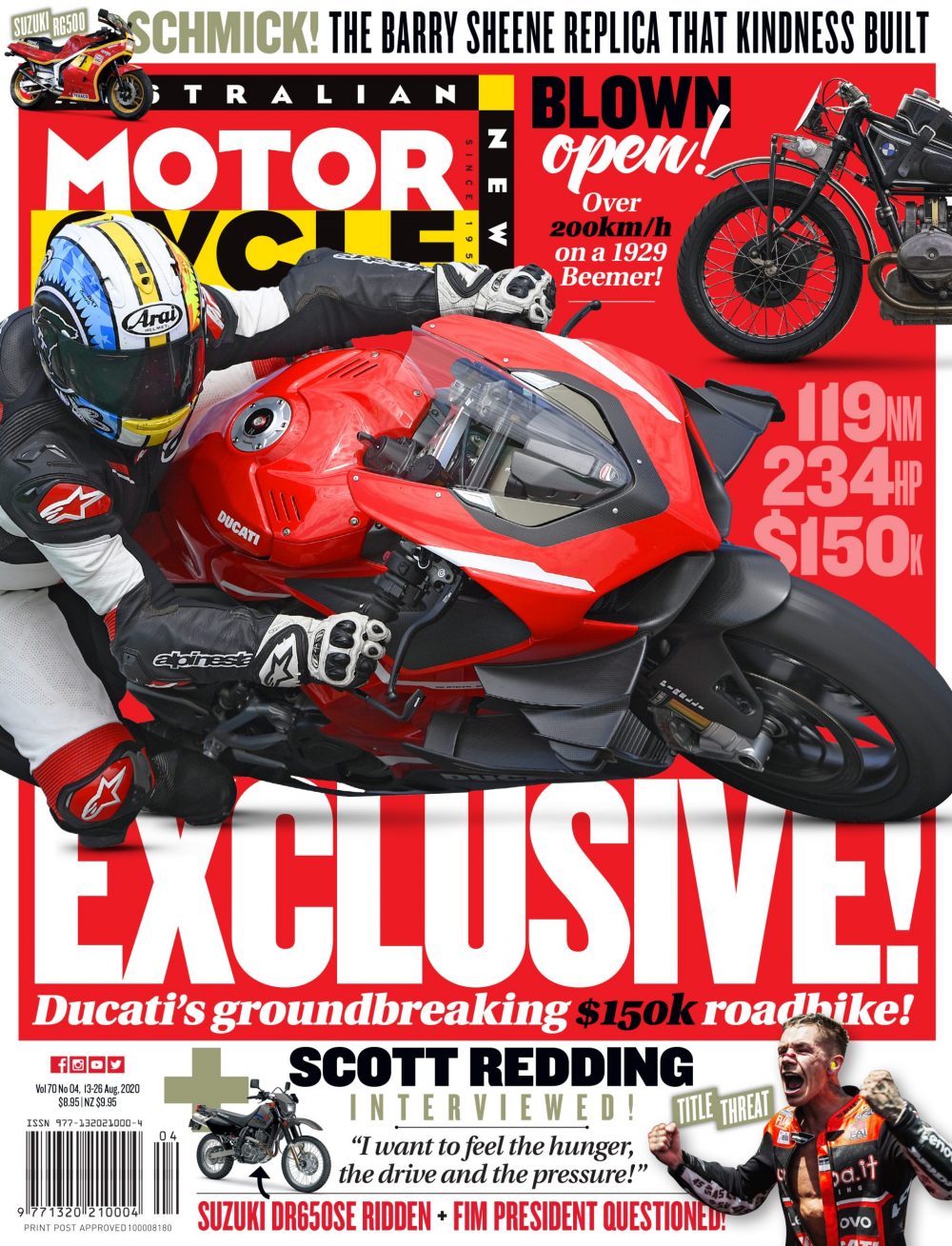