KTM’s sixth season of MotoGP will see Red Bull KTM Factory Racing and Tech3 KTM Factory Racing take the RC16 into competition for the longest series in the history of the sport. Brad Binder, Miguel Oliveira, Raul Fernandez and Remy Gardner will attempt to find fresh milestones through the 21-Grand Prix campaign as the company chase their third successive year of race victory.

All routes lead to the Losail International Circuit on March 6th and the sixteenth consecutive year that the Grand Prix of Qatar will open the MotoGP World Championship. 2022 will be only the sixth season that KTM are on the MotoGP grid. Losail, in particular, was the scene of their very first full-time MotoGP appearance in 2016. During that intense learning term the factory was frequently trying to reduce the gap to the peak of the pack. They have since surged to the forefront with five Grand Prix victories and 12 podium appearances in just half a decade.
Binder (26-years-old, 17 career wins, two in MotoGP) prepares for his third MotoGP season, all with Red Bull KTM Factory Racing. Oliveira (27, 15 career wins and three in the premier class) entered MotoGP a year earlier but is currently the most prolific of the quartet and has walked the podium five times in three campaigns, all with the KTM RC16. 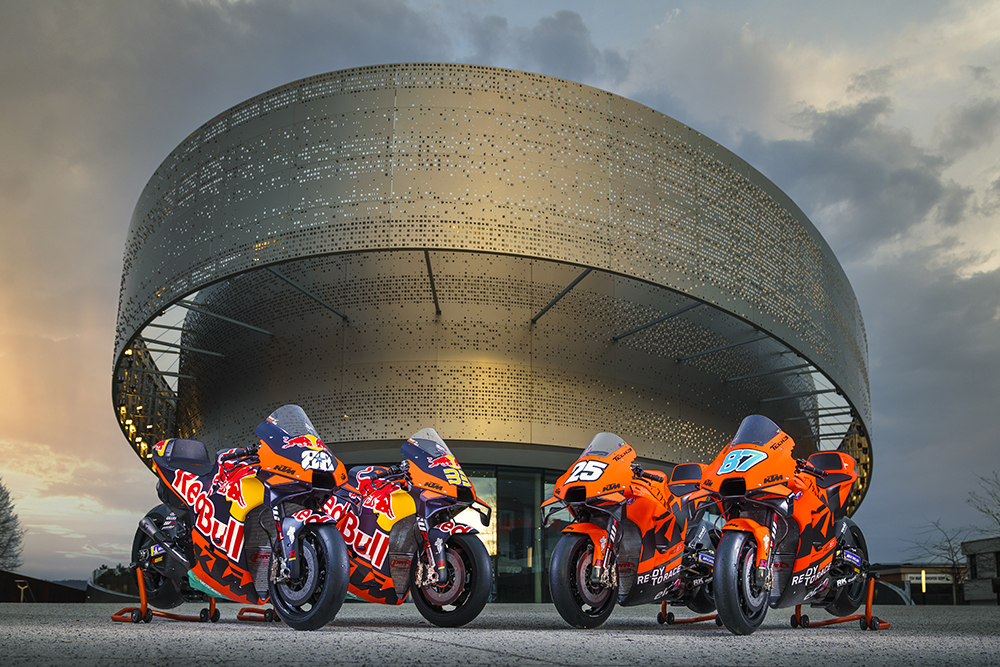 Red Bull KTM Factory Racing welcome Francesco Guidotti into the role of Team Manager with the Italian overseeing the second consecutive season of former Moto3 and Moto2 teammates Binder and Oliveira together on the rider roster. Guidotti will bring his former experience and nuance in the category to a refined set-up that will focus on pure results, with the KTM testing team – led by Dani Pedrosa and Mika Kallio – spearheading development of the KTM RC16 away from Grands Prix.
KTM face 2022 with four factory riders and factory machines thanks to the fourth year of collaboration with the Tech3 KTM Factory Racing Team. Hervé Poncharal’s knowledgeable and decorated outfit will again help to induct two exciting new recruits: Moto2 World Champion Remy Gardner (23-years-old and six career victories) and 2021 runner-up Raul Fernandez (21 and 10 triumphs in two classes). Both riders came through elements of KTM’s GP Academy and Aki Ajo’s fabled set-up in both the Moto2 and Moto3 divisions. 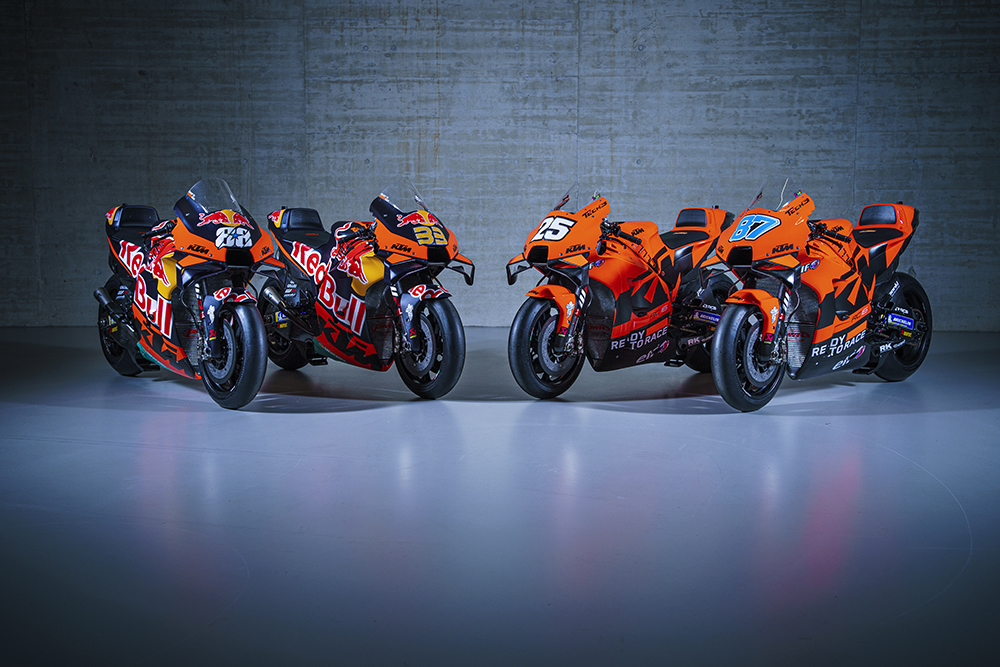