The British MotoGP became the race that never was at Silverstone today, after repeated postponements ended in eventual cancellation at 16:00, sending some 55,000 cold, damp fans home disappointed after a frustrating wait. It was the first race in the modern era in which no racing took place in all three classes.

The official reason was unsafe track conditions, with water pooling dangerously at several points on the circuit due to inadequate drainage on the fully resurfaced circuit. On Saturday, a heavy but very localized downpour had caused seven riders to aquaplane and run off at the end of the main straight. Three of them fell, and one of those – Ducati rider Tito Rabat – suffered a serious triple leg fracture when he was struck by another bike.

The rain was not as heavy on Sunday but was persistent enough to cause further pooling after a dry start to morning warm-up at 09:00. 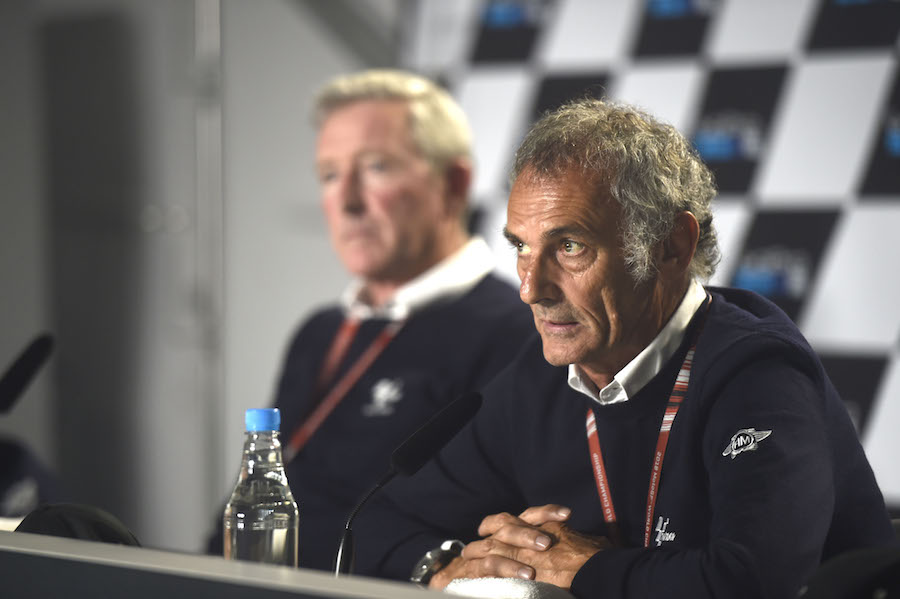 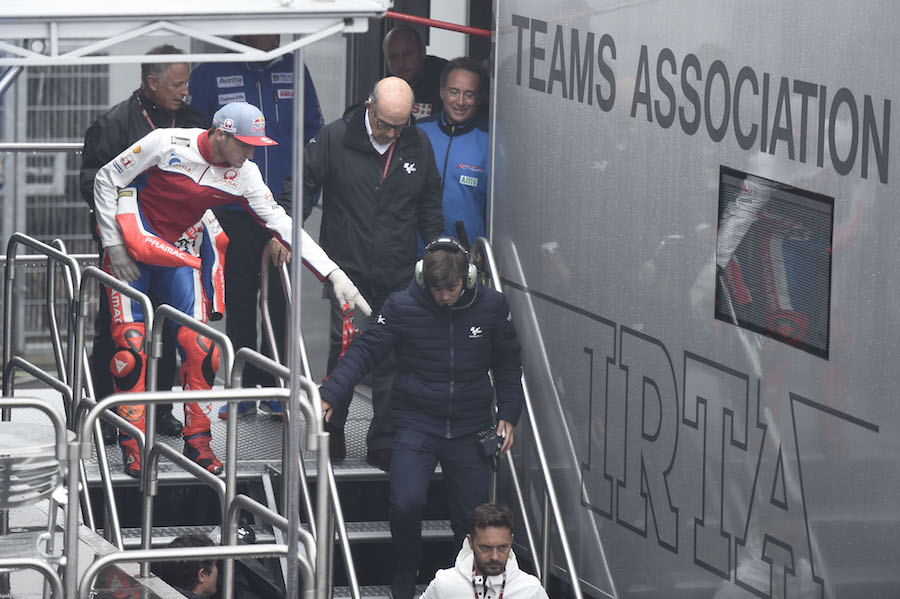 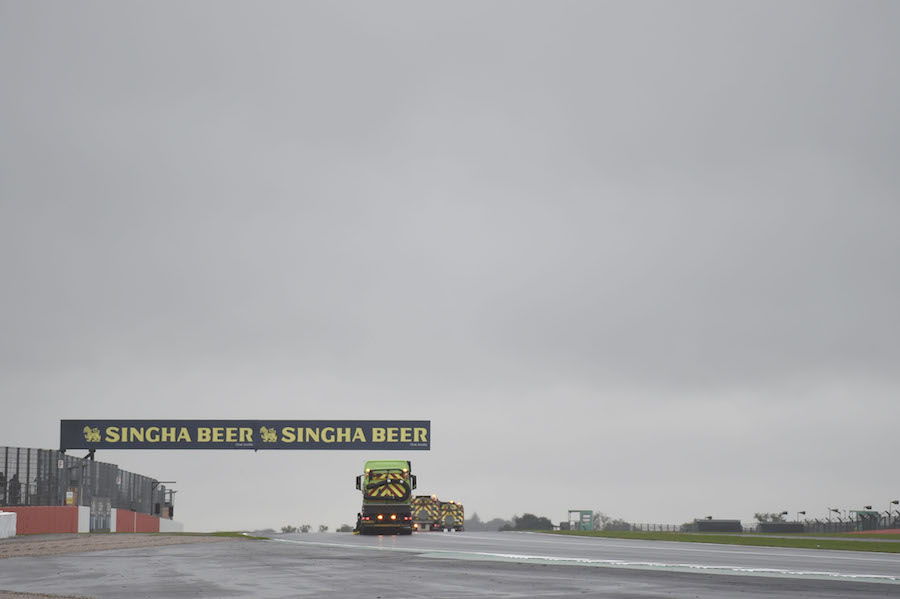 The schedule had been changed to run MotoGP first at 11:30, in the hope of avoiding the forecast rain. The field ran a sighting lap and found that conditions had already deteriorated beyond safe limits.

It was prompted by another riders’ meeting, where the majority opinion was that it was too dangerous to race.

“Safety always comes first,” said a disappointed race director Mike Webb. Silverstone managing director Stuart Pringle promised they would be contacting all fans who had bought advance tickets in the coming days, although he said it was too early to reveal any plans for compensation.

The paddock now moves to Misano for the San Marino GP in two weeks, with the championship positions unchanged. 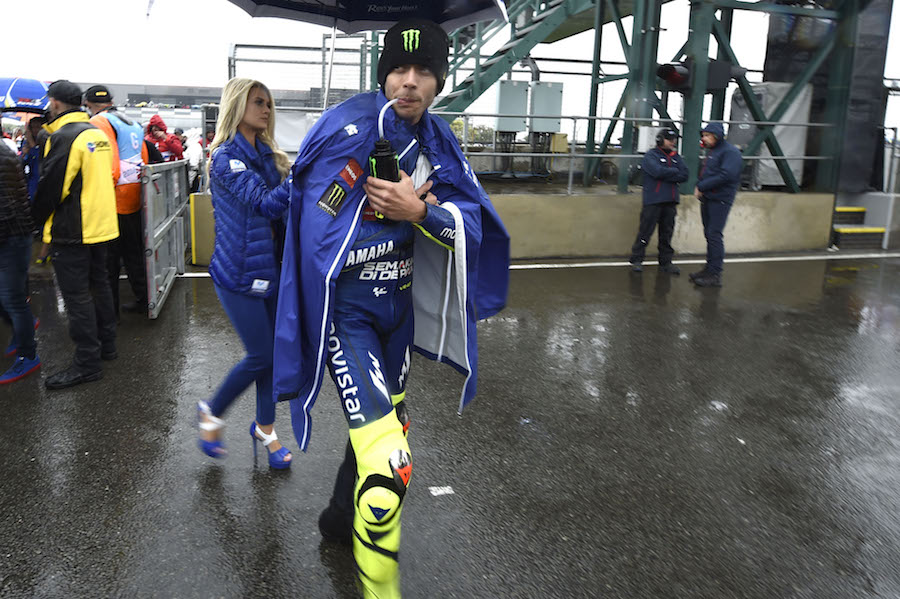 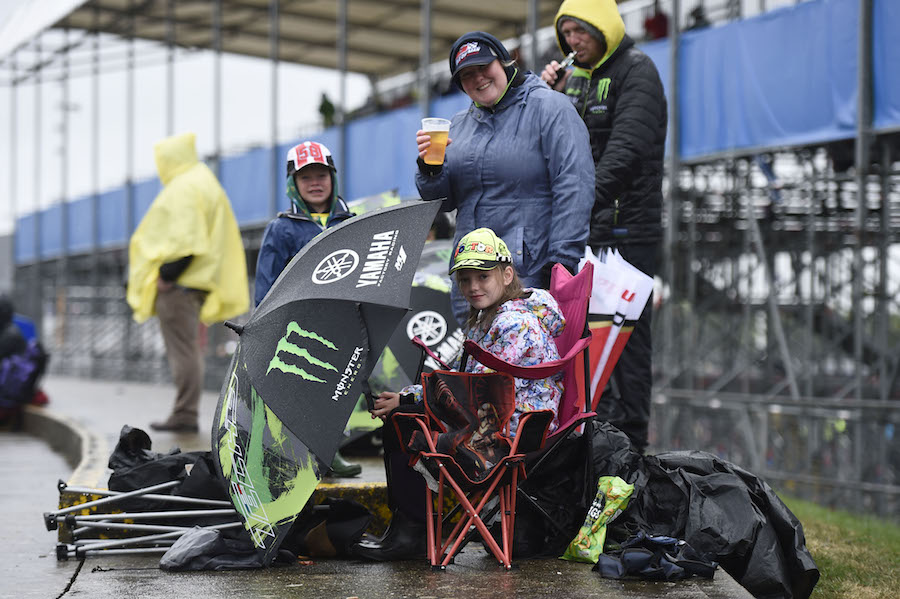 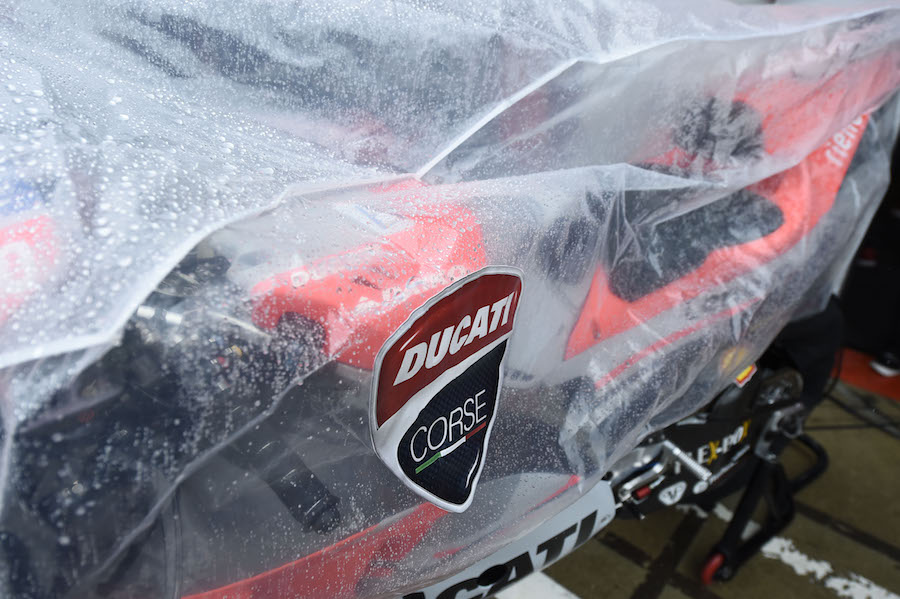