Yamaha Factory Racing MotoGP Test Team rider Cal Crutchlow takes to the Losail International Circuit with a special livery YZR-M1 today. The iconic red and white Yamaha colours were chosen to commemorate the 60th anniversary of Yamaha Motor Co., Ltd.‘s first-ever Grand Prix race entry and to pay tribute to the great Yamaha riders of the past and the present. 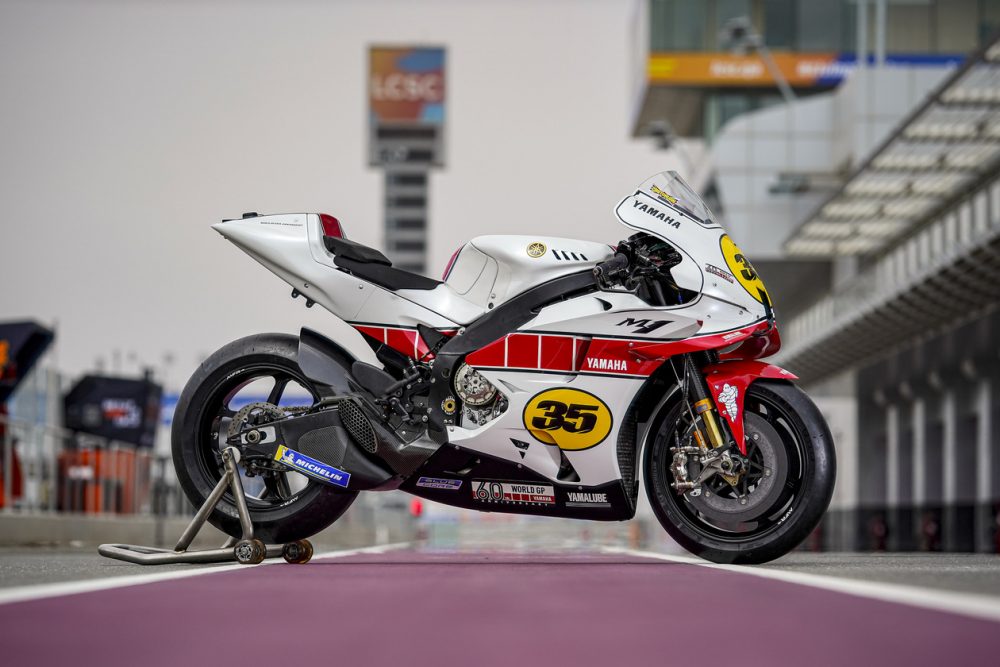 Yamaha‘s Grand Prix racing journey started in 1961, when a Yamaha team with five riders, including Fumio Ito and Taneharu Nogushi, flew to Europe together with the newly developed 250cc in-line twin RD48 and the 125cc single-cylinder RA41 factory machines to make their World GP debut. Their first race was the French GP, round three of the series.

In honour of 60 years of Grand Prix racing, Yamaha will arrange several activities and initiatives throughout the 2021 racing season to celebrate this significant milestone. 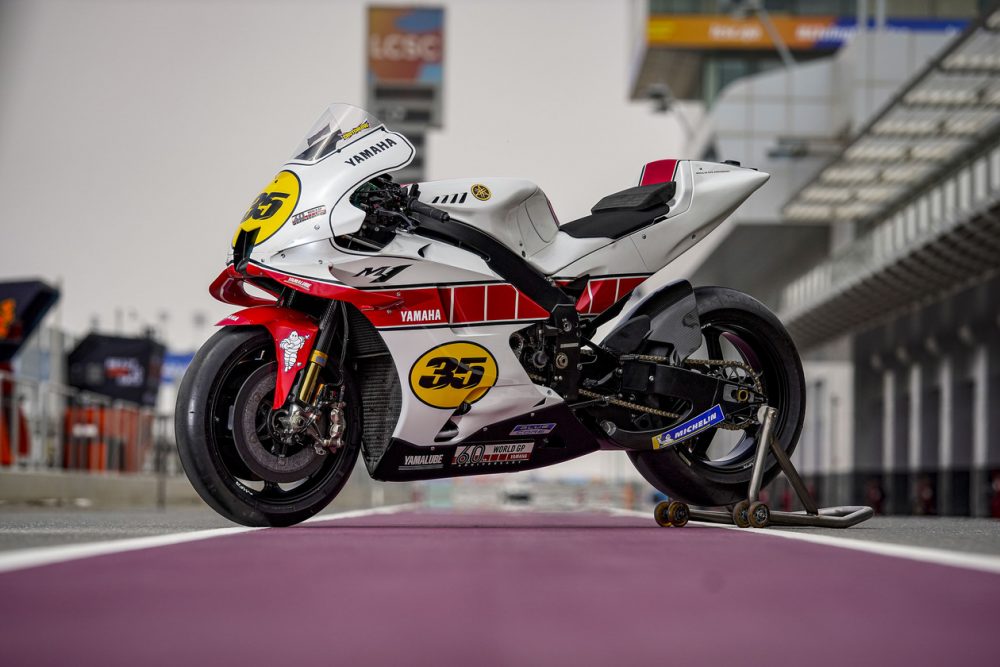 “We would like to express our sincere gratitude to our fans, sponsors, and suppliers for their support and the constant passion, and to the many riders and predecessors who have strived so dedicatedly for amazing achievements together during our 60 years of participation in the Road Racing World Championship.

“Since last year, Covid-19 infections have raged and affected the world greatly. The situation is still severe. Against this backdrop we announced in February of this year that we will continue to participate in the World Championship for five further years, from 2022 to 2026. The WGP 60th anniversary coloured YZR-M1 means more than just a milestone and a look back at the footsteps of our forerunners. It is a sign of our determination to have a passion second to none, believe in the power of motorsports, and deliver excitement to the world.

“Please look forward to our challenge for the title in 2021.” 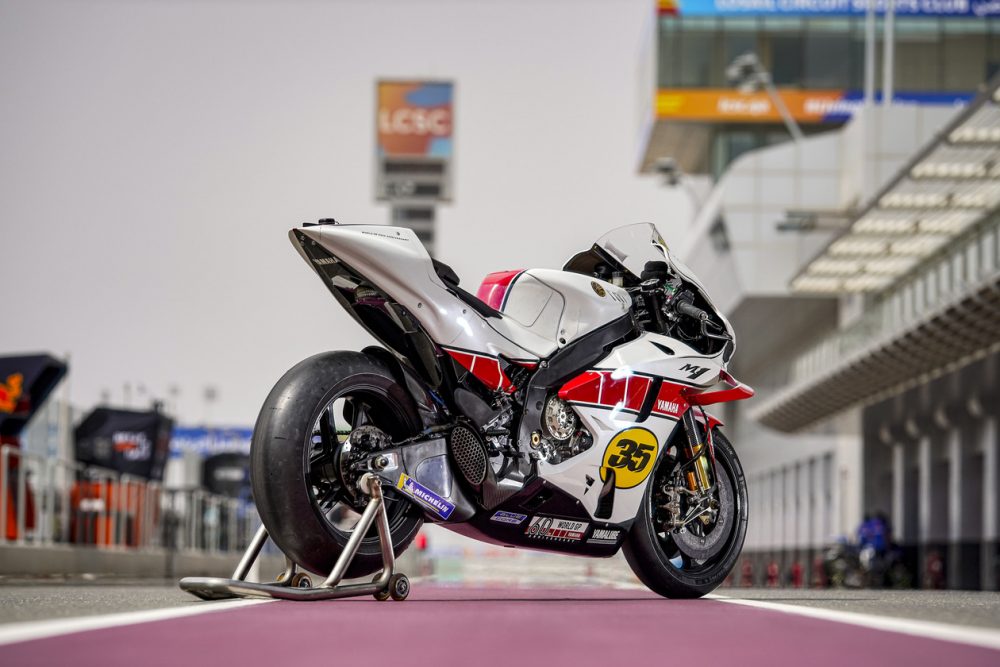 “I‘m honoured to have been chosen to ride the special WGP YZR-M1 with the 60th-anniversary livery today to pay tribute to the hard work of so many Yamaha riders and employees over these last 60 years.

“The bike is striking!

“The MotoGP paddock without Yamaha is unimaginable now – they are key players thanks to the shared vision and dedication of many riders, engineers, and staff. I myself started my MotoGP career in a Yamaha satellite team. I also took part in the 50th anniversary celebrations. It’s quite special that I am present for both these important milestones for Yamaha.

“I‘ve recently returned to Yamaha as a test rider after 7 years away, and I am really enjoying the experience. Yamaha‘s passion for motorsports is as fierce as ever and that‘s really motivating.” 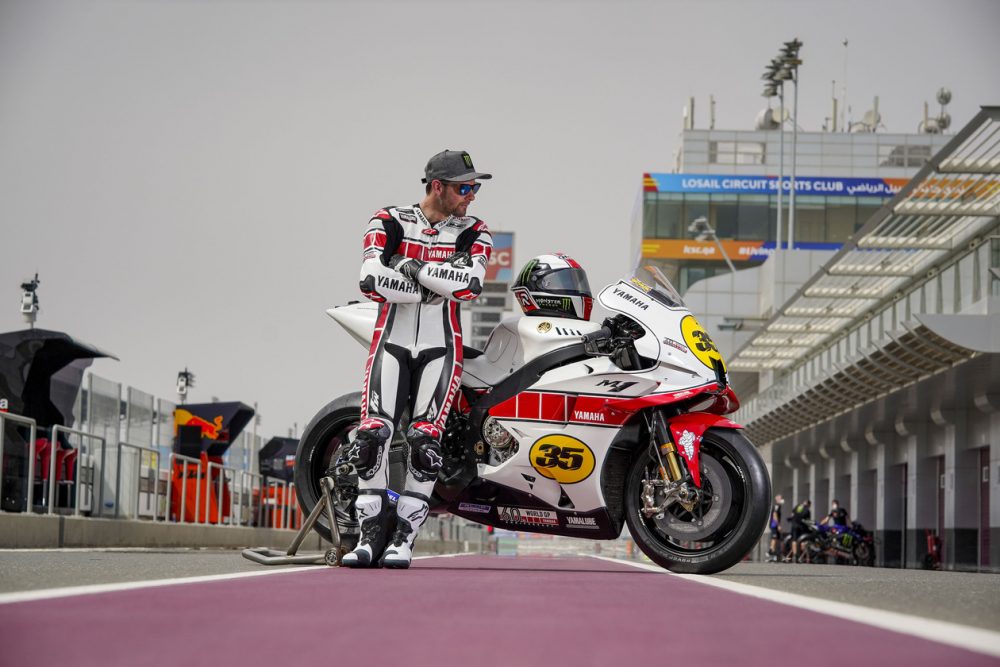