The Boxer-engined GS has for almost 40 years been the category’s reference point. Ever since the debut of the BMW R80GS, based on BMW’s four-time Paris-Dakar winner, over 700,000 members of the GS family have been built. More impressive is the fact that last year alone, 50,281 R1200GS and GS Adventure models found buyers and it was the first time more than 50,000 such bikes had been sold in a single 12-month period.

Adventure tourer, maxi-enduro, tarmac trailie, call them what you will, the GS family of bikes are the most important models in the German company’s entire lineup. And improving on a bike already established as the reference point in its category is probably the single most difficult task confronting any manufacturer.

Whether conquering continents along gruelling no-roads terrain or heading to the supermarket for your daily shop, the R 1200 GS which has been in production since 2004 has been the bike for all reasons and all seasons for so many customers around the world. The R1250GS has some big shoes to fill. So while making detail changes to the aesthetics, like the snazzy new cam covers on the Boxer motor or the crisp new paint schemes, BMW’s R&D team’s focus has been on improving the engine’s performance and usability.

“Since our audience for this bike contains such a broad cross-section of riders of differing skills and experience levels, the main thing we decided to concentrate on was rideability – simply making the GS even easier and more rewarding to ride,” BMW Motorrad’s Head of Drive Train Development Norbert Klauer explains. “We decided to do this by developing a variable valve control system, which together with a small increase in capacity, has resulted in more power and torque all the way through the rev range, while also reducing both fuel consumption and emissions. The engine is also used in the new R 1250 RT and both models already meet Euro 5 requirements which are compulsory from 2020.” The radically innovative Shift Cam system [see Sidebar] combines both variable valve timing and differential valve lift in the same package. This is a key ingredient of the heavily revised version of the eight-valve Boxer twin engine powering the R1250GS which sees its capacity increased to 1254cc from the R 1200 GS’s 1170cc. Fitted with 40mm paired inlet valves and 34mm exhausts, set at an ultra-flat total included angle of just 18º for optimum combustion, and running a 12.5:1 compression ratio (but fitted with dual knock sensors to permit the use of low-grade fuel in remote corners of the earth), this new engine delivers 100kW (136hp) at 7750rpm, with a peak torque of 143Nm at 6250 rpm. 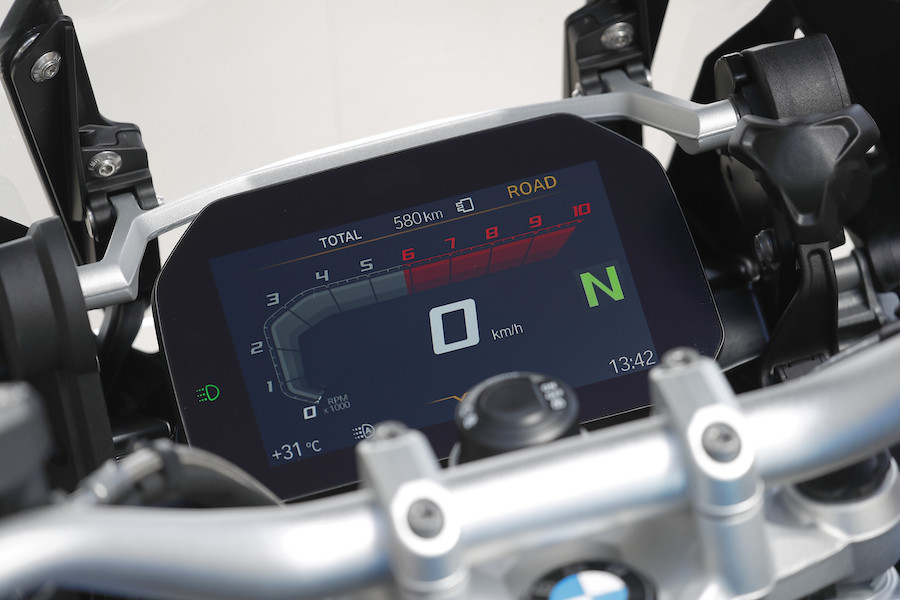 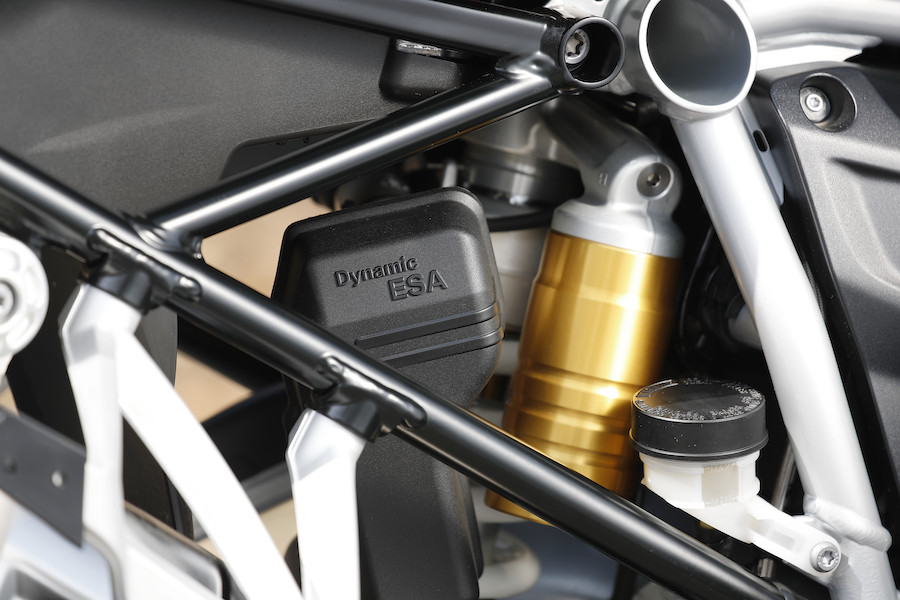 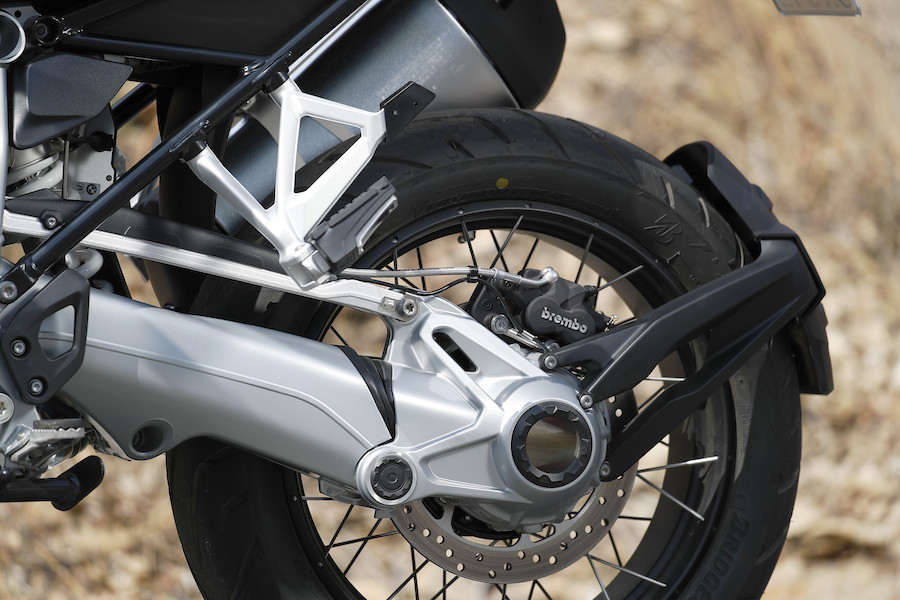 In other words, the seven per cent capacity increase has resulted in nine per cent more power and 14 per cent more torque, making it the most powerful series production BMW Boxer engine yet. And even though it’s a long way from the 120kW (160hp) KTM 1290 Super Adventure on paper, it’s the way in which it uniquely delivers the extra power and torque, in my opinion, which compensates it.

Climbing aboard the new GS seemed is like slipping into a brand new pair of your favourite shoes – everything felt pretty much the same, save for the large 6.5-inch full-colour Connectivity TFT dash previously available only as an option. This has a super-legible digital speedo in its centre with the gear selected reading on its right and almost as large, plus the BMW Motorrad Connected App can be downloaded free of charge from the Google and Apple app stores. But otherwise the styling, the stock seating offering a choice between 850mm and 870mm in height (though there are options available as low as 800mm and as high as 900mm) and even the suspension are similar in appearance to the outgoing R1200GS. 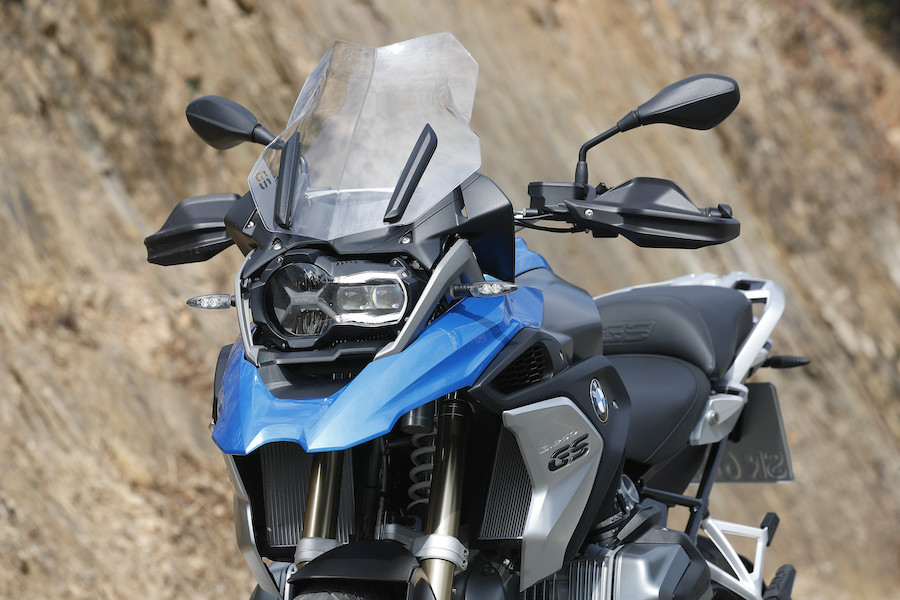 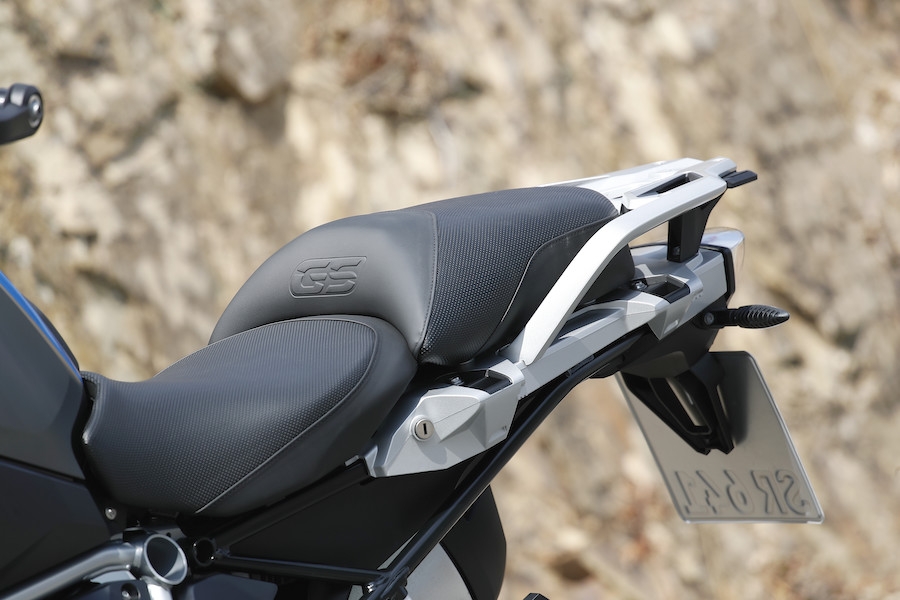 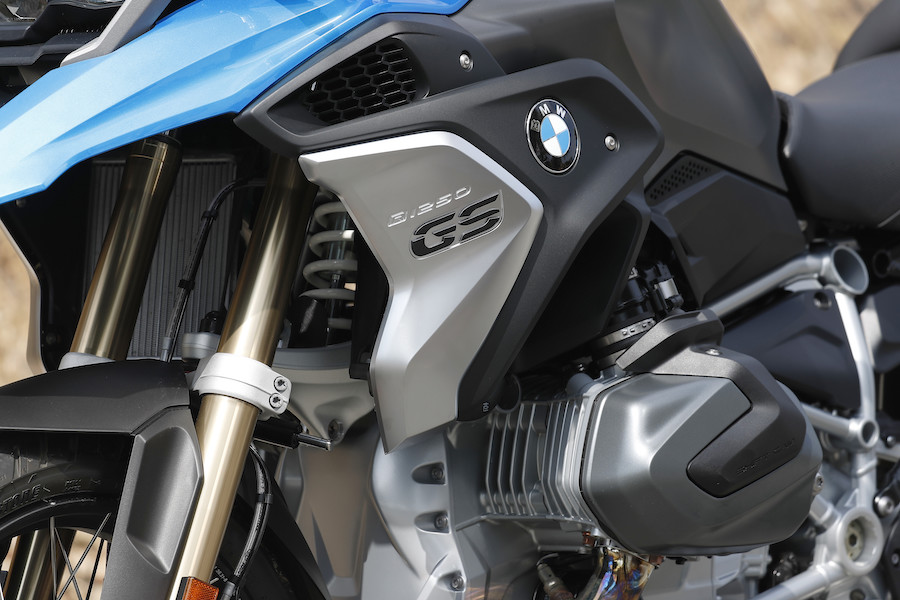 But fire it up and you’ll notice a deeper tone to the trademark drone of the 180º twin’s 2-1 exhaust, a new design now made from stainless steel. The engine has noticeably less mechanical noise than the R1200, which is partly thanks to a switch to quieter toothed camchains from roller ones, and a new fuel injector needle design for the Bosch EFI, which eliminates the clicking sound you always heard previously at low speeds. Start rolling and you realise immediately just how smooth and torquey the Shift Cam motor is. It’s super-responsive without being snatchy, yet unbelievably flexible and forgiving – it takes almost any gear you throw at it, even wide open in top gear from 2000rpm. Not that using the smooth-shifting six-speed shaft-drive transmission is at all onerous, because the hydraulically-operated eight-plate slipper clutch now fitted as standard has a delightfully light lever the shift action of the gearbox is precise and smooth – it doesn’t seem like a shaft-drive – there’s not a trace of a clunk to be heard. That’s perhaps because the gearbox and clutch are now integrated into the crankcase, rather than in a separate bolted on housing as before. BMW says this was not only to save both space and weight, but to improve the actuation of the transmission – and I definitely noticed that. Read the full story in AMCN Magazine Vol 68 No 08