Tom Toparis (Landbridge Yamaha YZF-R6) has once again shown he’ll be very hard to beat for the remainder of the 2019 Motul Pirelli Australian Superbike Championship (ASBK) with two from two wins on the first day of competition in the Supersport class here at Phillip Island Circuit, as part of the FIM World Superbike Championship weekend (February 22-24).
South Australia’s Nic Liminton (Yamaha Motor Aust. Yamaha YZF-R6) had the holeshot off the grid, however by the end of the first lap things started looking much as they had during the first race with Toparis checking out at the front of the field. He led the first lap ahead of Liminton, Oli Bayliss (Cube Racing Yamaha YZF-R6) and Ty Lynch (Australian Outdoor Living, Yamaha YZF-R6). Reid Battye (Suzuki Ecstar Australia, Suzuki GSX-R) settled into fifth and Broc Pearson (City2Surf Locksmiths, Yamaha YZF-R6) sixth.

On lap four Sam Lambert (MV Augusta Paramatta) brought the MV Augusta F3 into the pitlane to retire from the race after starting the race from seventh. Aidan Hayes (Hayes Johnston Pty. Ltd. Yamaha YZF-R6) pushed his way into the top five at the expense of Lynch, who sliddown to fifth and Battye to sixth. At the halfway mark it was Toparis four seconds up on the rest of the field, ahead of Liminton, Bayliss, Pearson, Battye and Lynch. By the chequered flag the result was much the same, save for Reid Battye who dropped back through the field to bring the Suzuki home in seventh position.

Toparis was pleased to take his second win of the day.

“That’s what this weekend’s about, starting off the season strongly and so far, it’s gone to plan” he said. “There’s still some things we want to do to go a little bit faster if we can. Going to do the best we can tomorrow morning and then a big afternoon with the World Supersport race and we’ll see how we go.”

Liminton was thrilled with a superb second place. “So happy to finish on the podium again, that race was definitely harder, it was very windy. The new Yamaha’s working perfectly so hopefully we can just do the same thing tomorrow. A bit closer to Tom and I’ll be happy!”

Bayliss rounded out the podium in third. “It was a really hectic race, the wind was really strong” said Bayliss. “After a little problem going down the straight I lost Nic so I didn’t really have anyone to chase. But from then I kept consistent and managed to get third.” 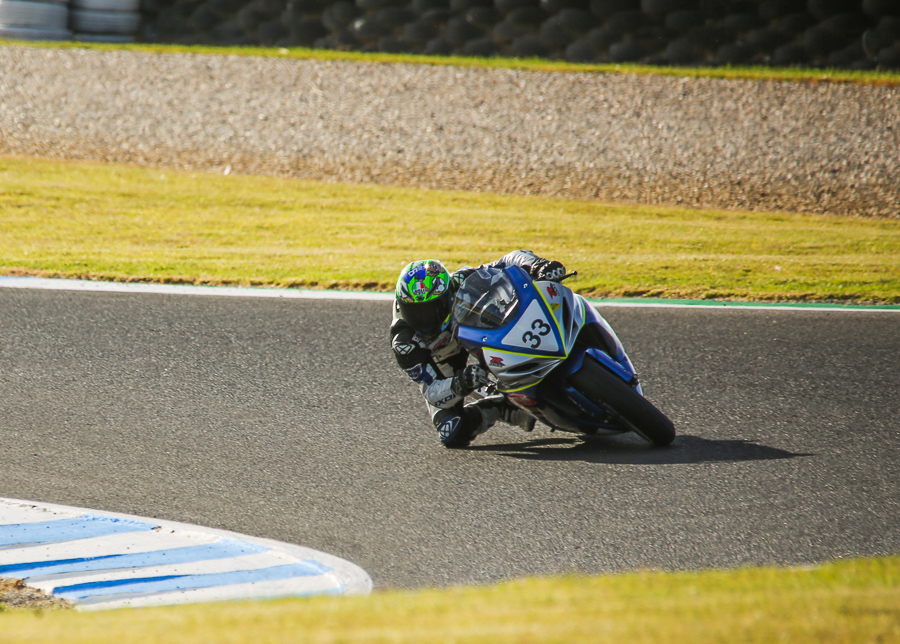 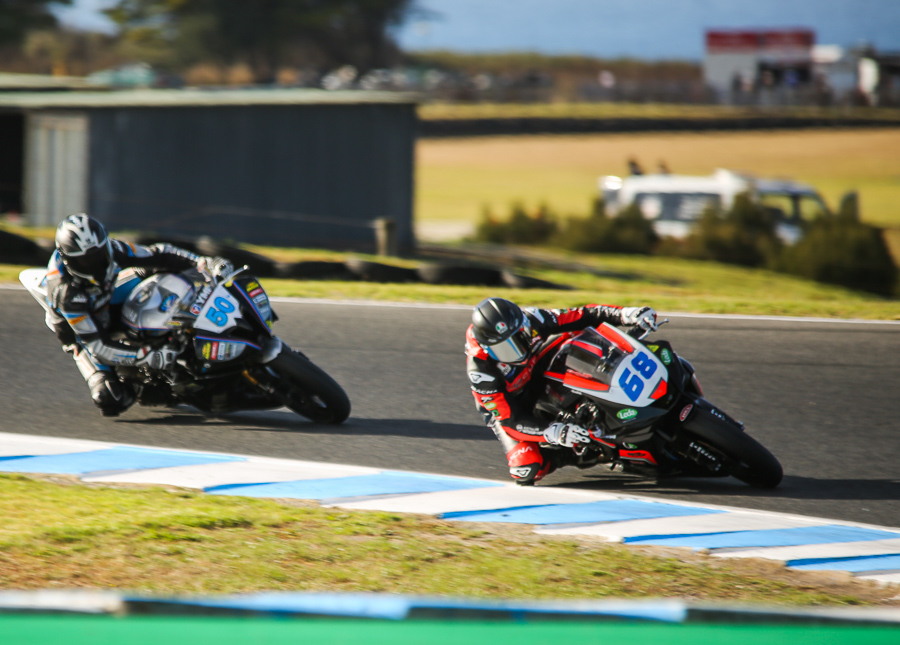