Max Whale – After becoming 2018 American Flat Track Singles class Rookie of the Year I’m looking forward to stepping it up a notch this year. I’m in a team that has Kawasaki USA assistance while the sport itself is having a big resurgence.

AMA selling the sport to NASCAR has resulted in national TV coverage, aggressive marketing and the return of Indian Motorcycles. There are average spectator crowds of 6000 fans, big social media growth and over three million viewers on NBCSN.

Meanwhile I’m back in Australia, working as a builder’s labourer until my dad Brett and I head back in late February for testing before the 2019 season kicks off at Daytona Speed Week in March.

Last year dad and I clocked up over 50,000km in 13 states competing in the 18-round American Flat Track Series (AFT) in my first full season as a professional racer. The RV and trailer we bought for $17,000 was our home and workshop for nearly eight months. We started at Florida’s Bike Week. The atmosphere of a huge crowd watching 69 professional riders going for an 18-man final was amazing. I qualified 12th and ran third in my heat, which opened a few eyes. Then I got pinged for a jump start in the semi and didn’t make the main, which left me devastated.

The next few tracks on tour were clay half miles and Dad and I really struggled with set-up. It took until the fourth round to come to grips both with the set-up and the whole racing program. The AFT Singles class is way different to racing flat track in Australia. As well as no front brakes they run 19-inch front and rear wheels with a controlled Dunlop tyre. In Australia, we run a 21-inch front knobby and an 18-inch rear trials tyre that are not controlled.

Australian tracks are mostly decomposed granite, which we call deco. The majority of US tracks are clay-based. As the surface changes throughout the day you need to be constantly changing the set-up. I struggled with this because the tracks I had competed on previously in the Amateur National Series were much more like home.

So I had come away with a National No. 2 plate but a false sense of security as the difference between Amateur and Professional level and track conditions are extreme. 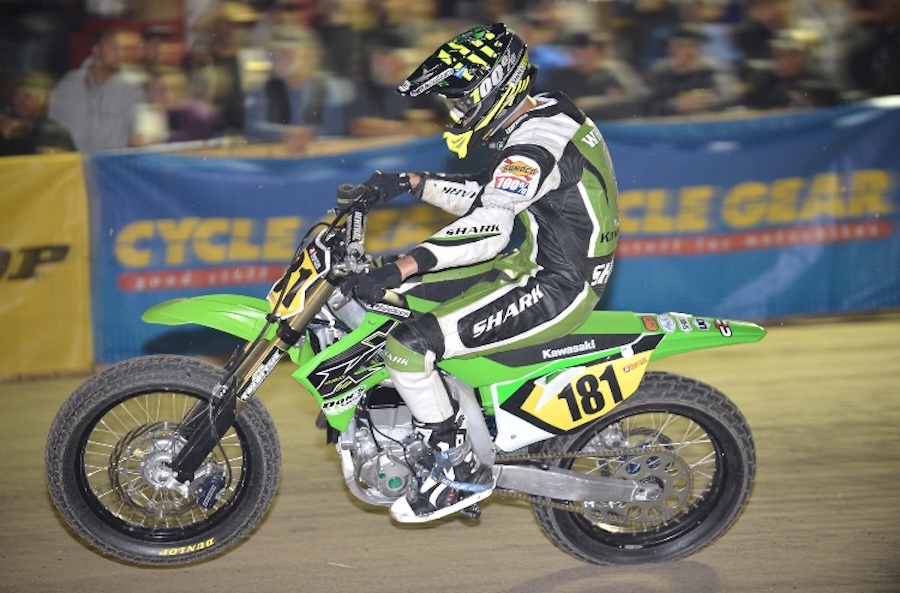 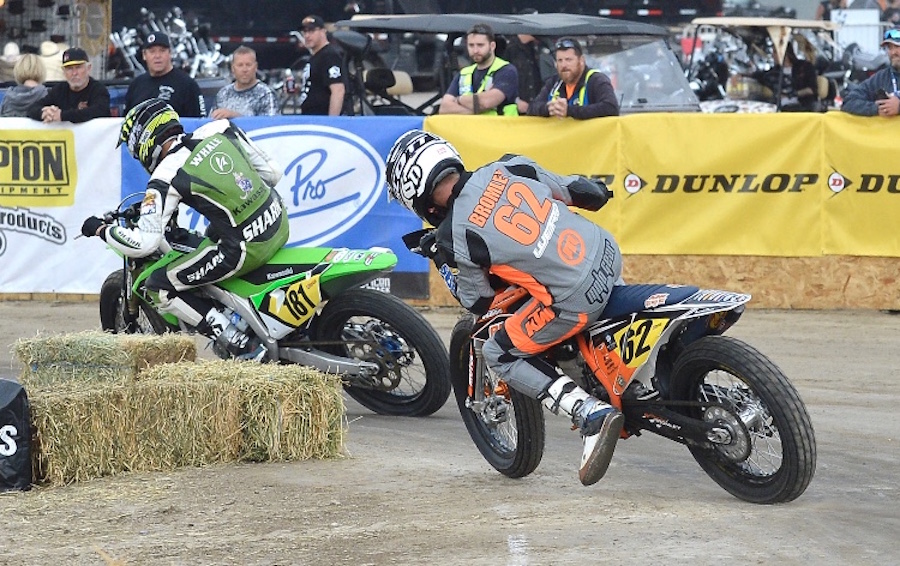 I consistently got better and by round nine was starting to battle with the big dogs. At the Oklahoma City Mile I ran fifth, then during the season break we went back to Harpster, Ohio, population 200,  where a club let Dad and I stay in the RV and train at its facility.

Unfortunately I badly broke my collarbone in a training crash and it needed to be plated. Luckily I only missed two rounds, but one of them was Lima, which really would have suited me as it’s a lot like home.

Meanwhile Kawasaki’s 2019 KX450 model was released and we were lucky enough to get our hands on one. Being an all-new model there were no race parts available so S&S Cycle built us a header pipe and re-flashed the ECU to suit.

For the next seven rounds I never missed a main on this near-stock Kawasaki and came very close to getting on the podium. I did however achieve the prestigious West Side Truck Parts Rising Star awarded to the rookie of the year. The next rookie was 56 points behind me.

This opened some doors and this season I am racing for the Kawasaki-supported privateer team, Weirbach Racing.

For the first time next year there are  three classes of racing with the Twins and Singles being joined by Production Twins for  11 of the 18 rounds. I’m campaigning in the Singles class, which is modified 450cc motocross bikes, but my ultimate goal/dream is to race the Twins Expert class.