With the second race reverse grid rules in WorldSBK playing their part again Jonathan Rea (Kawasaki Racing Team) eventually won the second race at Misano, for another double scoring weekend, but he had to work hard for it at times.

It was a tough race in the warm conditions for all, and especially for early leader Xavi Fores (Barni Racing Team Ducati), who had to pull out of the race early with a technical issue on his bike.

Chaz Davies (Aruba.it Racing – Ducati) was fourth after 21-laps, unable to get into contact with the top three but well clear of early contender Tom Sykes (Kawasaki Racing Team). Sykes dropped back to finish fifth.

Eugene Laverty (Milwaukee Aprilia) was 2.7 seconds back from his Italian team-mate today, in eighth, after his strong podium on day one.

In the championship Rea has 370 points at start of the summer break, his nearest challenger Davies has 278. Van Der Mark is third with 248 and Sykes is fourth, on 218. 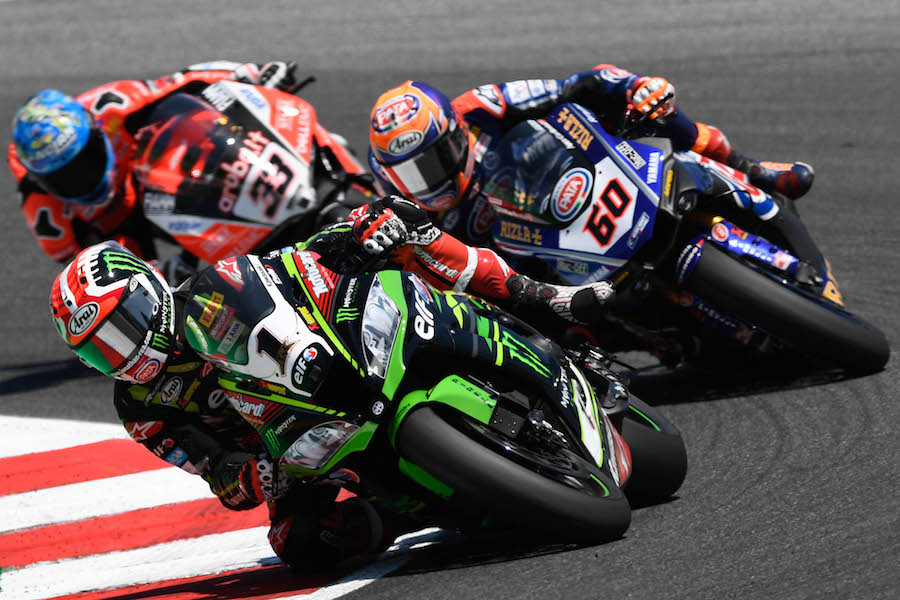 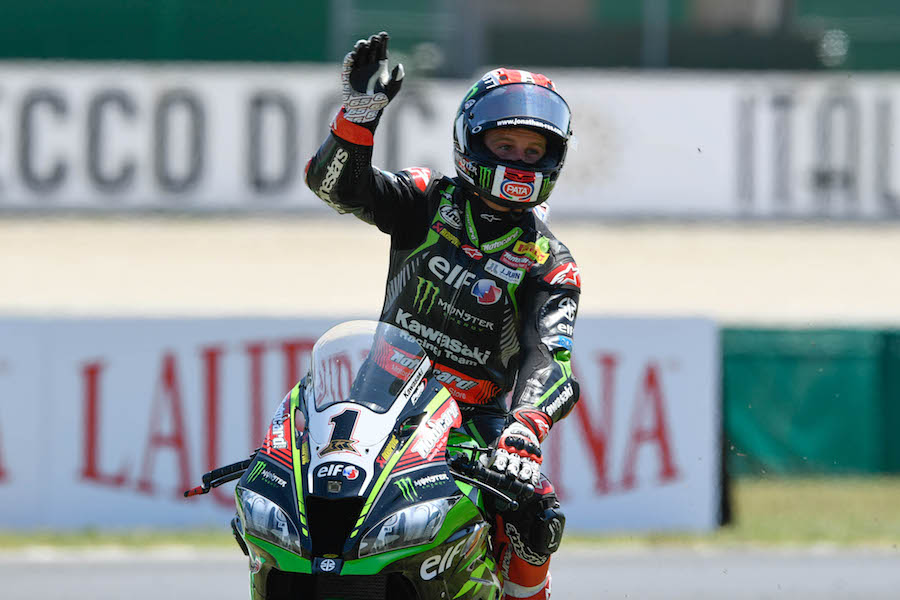 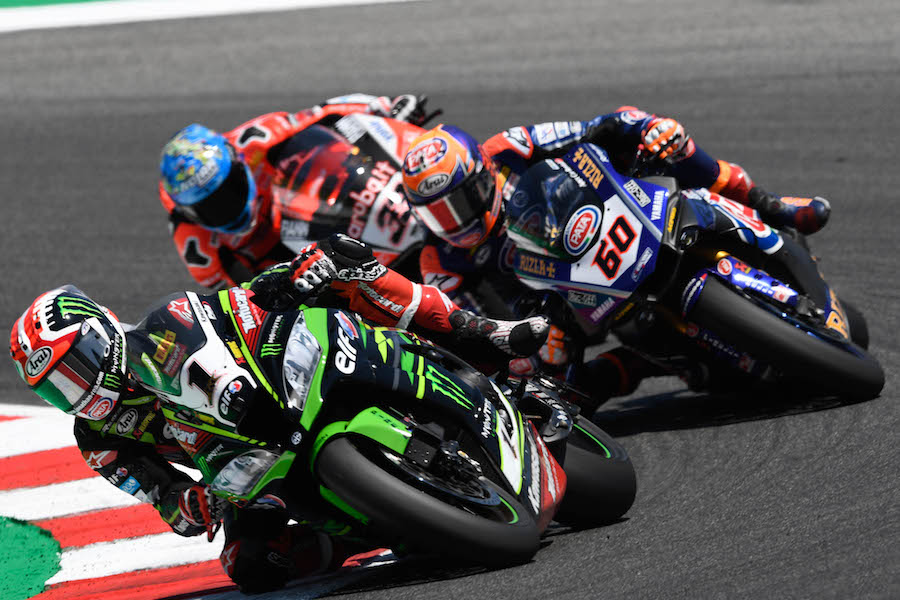 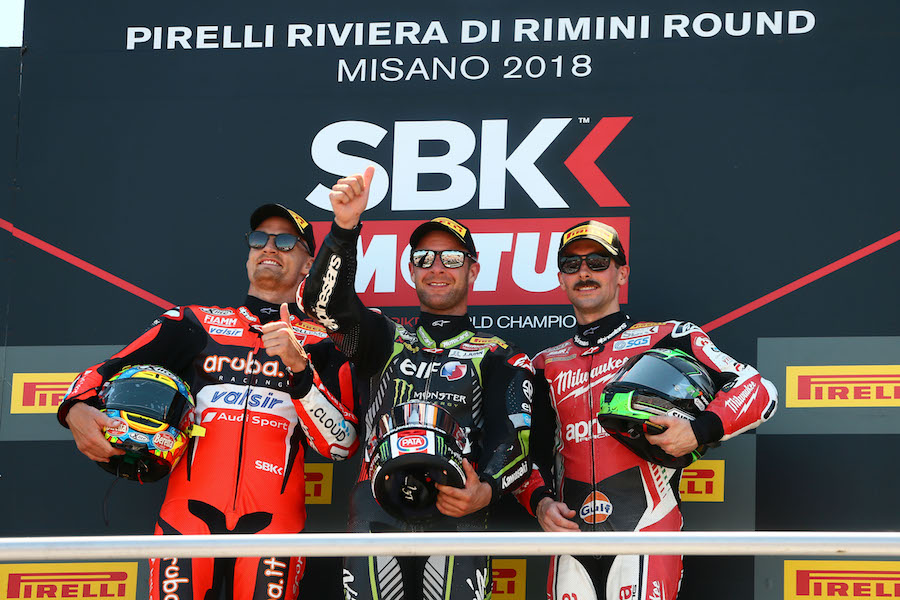