Ducatis took to the top of the time sheets after the first day of free practice for the 2018 MotoGP season at Qatar – but the margins were comfortingly small for fans hoping for a year of close racing, and results pleasingly mixed.

The pair of them were less than a tenth ahead of surprise early session leader Alex Rins on the revitalised Ecstar Suzuki. Rins had dropped to tenth in the final flurry of fast times under the floodlights, then sliced back to take third ahead of Jorge Lorenzo on the second factory Ducati.

Second Suzuki rider Andrea Iannone also set a late flier to slot into fifth, less than a hundredth of a second ahead of the two factory Repsol Hondas, Marc Marquez a mere thousandth clear of Dani Pedrosa, who was still under half a second adrift of provisional pole.

Aleix Espargaro (Aprilia) was 12th; then the independent Ducatis of Tito Rabat and Jack Miller. Taka Nakagami (LCR Honda) was 15th, the first rider not within the first second, and top rookie. 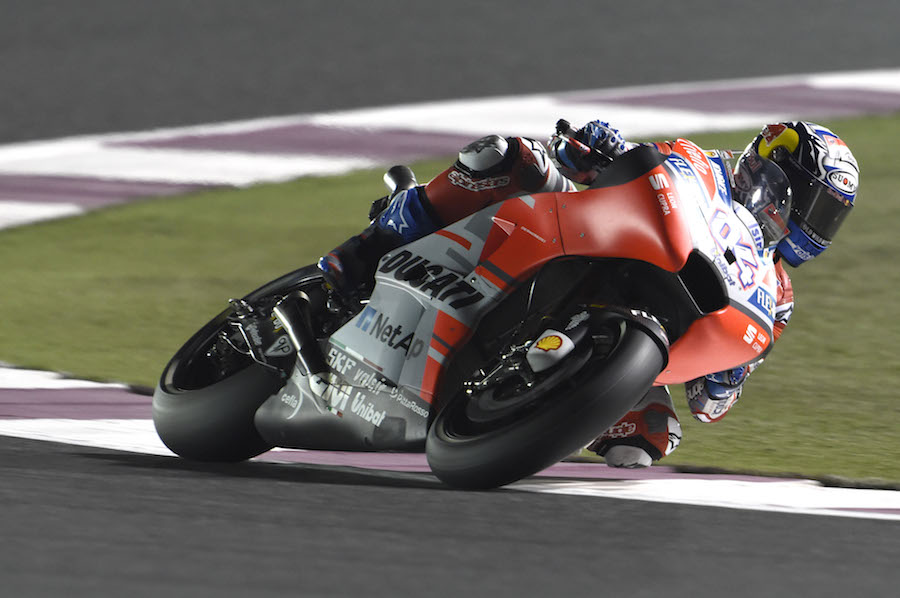 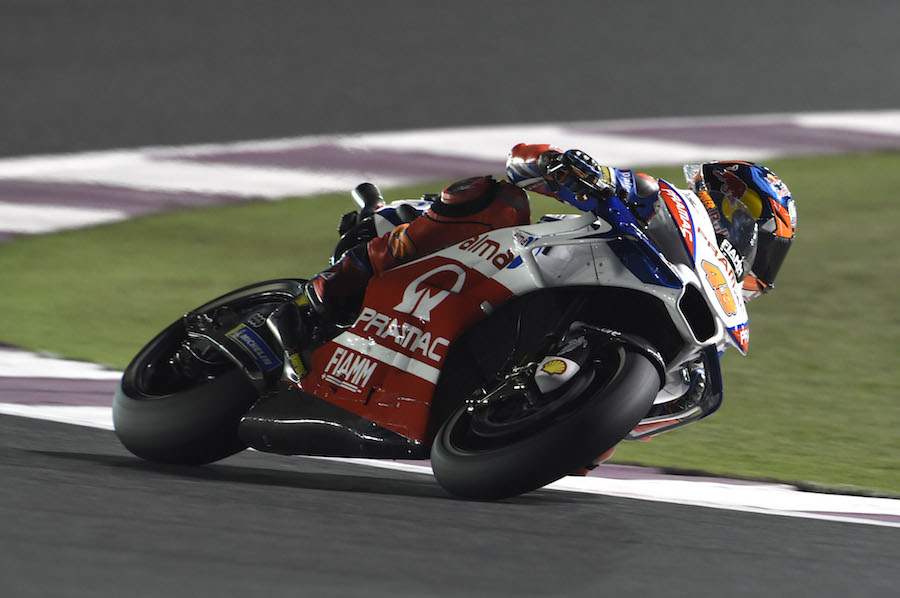 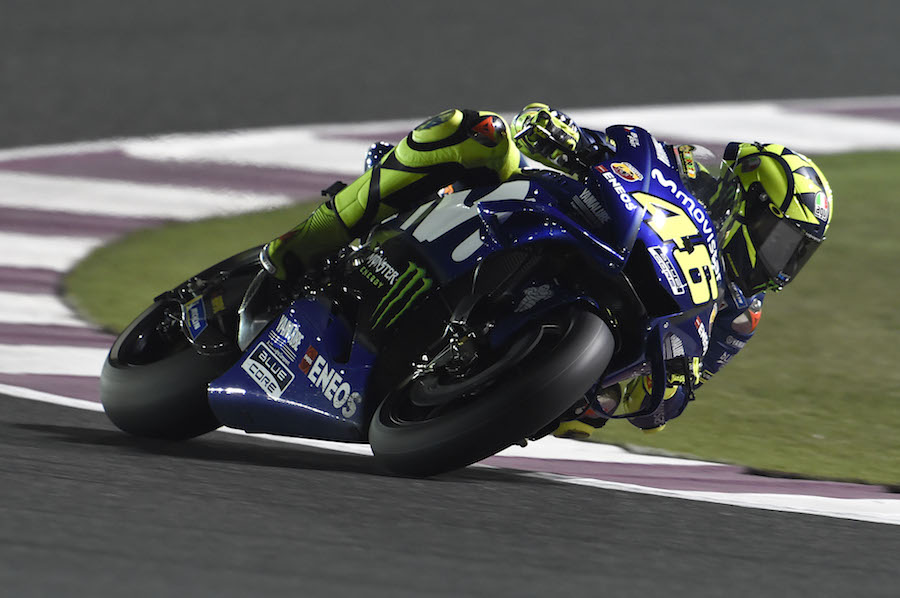 The weather was dry and relatively mild, conditions that are forecast to prevail for the rest of race weekend. One more free practice will take place in daylight tomorrow, with competition for the top-ten times (to go straight into Q2) sure to be fierce.

Moto2 times were also promisingly close, with the top 18 within a second of the top time, set by Alex Marquez (VDS Kalex). But he was under severe threat from MotoGP dropout Sam Lowes on the best of the KTMs, less than four hundredths slower, with Pecco Bagnaia (SKY VR46 Kalex) even closer. Marcel Schrotter was next, then morning leader Lorenzo Baldassarri ahead of Miguel Oliveira on the next KTM, with factory-backed team-mate Brad Binder ninth.

Australian Remy Gardner, in his second Tech 3 year, was 12th.

The track record was smashed in Moto3, running in the cooler late afternoon, when Jorge Martin set a new circuit best time to top the time sheets by a massive 0.662 of a second.

He was at the head of a Honda-dominated top ten, with returnee Nico Antonelli next, then Enea Bastianini. The top KTM was Gabriel Rodrigo’s in fourth, more than eight tenths slower. Then came Di Giannantonio (Honda), Andrea Migno (KTM), then three more Hondas, ridden by Tony Arbolino, Lorenzo Dalla Porta and Aron Canet.