Once again, former Pramac Ducati team-mates Danilo Petrucci and Jack Miller will be racing each other on Sunday, as the pair vie for the second factory Ducati seat alongside Dovizioso for 2020.

With almost all other riders on two-year contracts, as long as things remain equal this is the only full-factory ride on the cards. Naturally the Italian and the Australian are both made keen on it.

Ducati team chief Paolo Ciabatti confirmed today that a decision between the pair is imminent, but not before this and the next GP in Catalunya in two weeks.

“We are not in a hurry – and we wanted to wait a little bit before we have a meeting to decide. But it is also important for the riders to know.”

The choice is not straightforward. Both riders are in good form, currently fifth and sixth in the championship. Petrucci is 15 points ahead, but round five two weeks ago at Le Mans, where he was third to Miller’s fourth, was the first time he’d actually beaten the Australian. But Miller has twice no-scored: in Qatar where his seat came adrift early in the race, and after a crash at Jerez.

Should the factory decide to reward Petrucci’s loyal support of Dovi, Miller will still again get the latest factory bike at the satellite team. At the same time, his current team-mate there, rookie Pecco Bagnaia, has also been promised a GP20, which would put the Pramac team technically on a level with the official team. 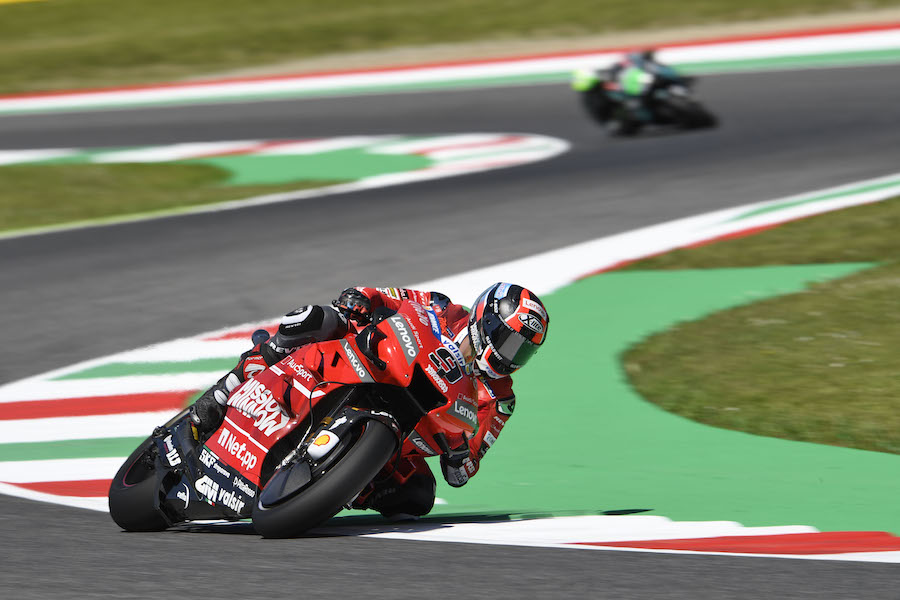 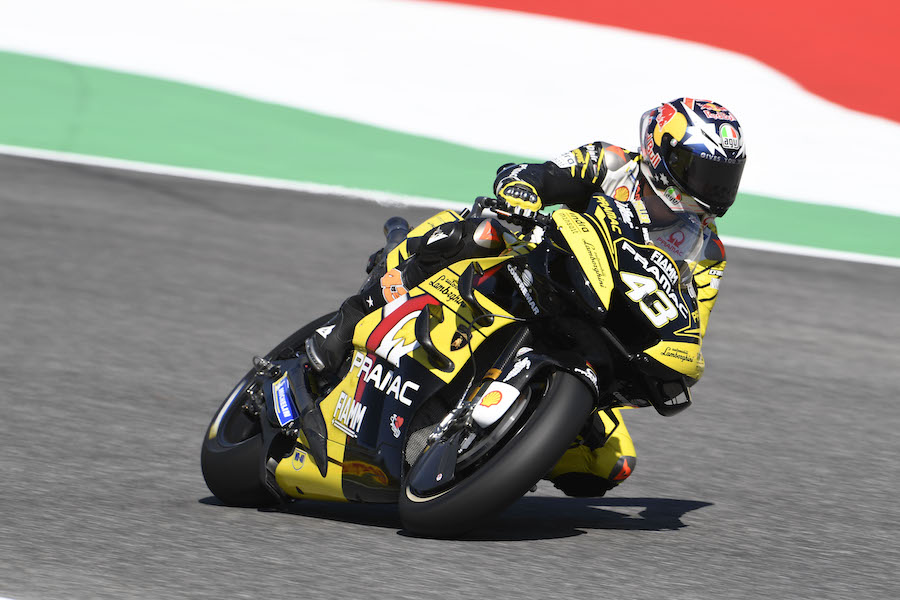 Jack Miller was back in a Lamborghini at Mugello, along with four of his Pramac fellow teamsters, as the Ducati-owning car company added their sponsorship (and a special yellow-and-black livery) to the team.

Miller had a Lambo also at the GP of the Americas in Texas earlier this year.

The team had two supercars – a Huracan and an Aventador – to play with, plus three of the cross-over Urus SUVs. 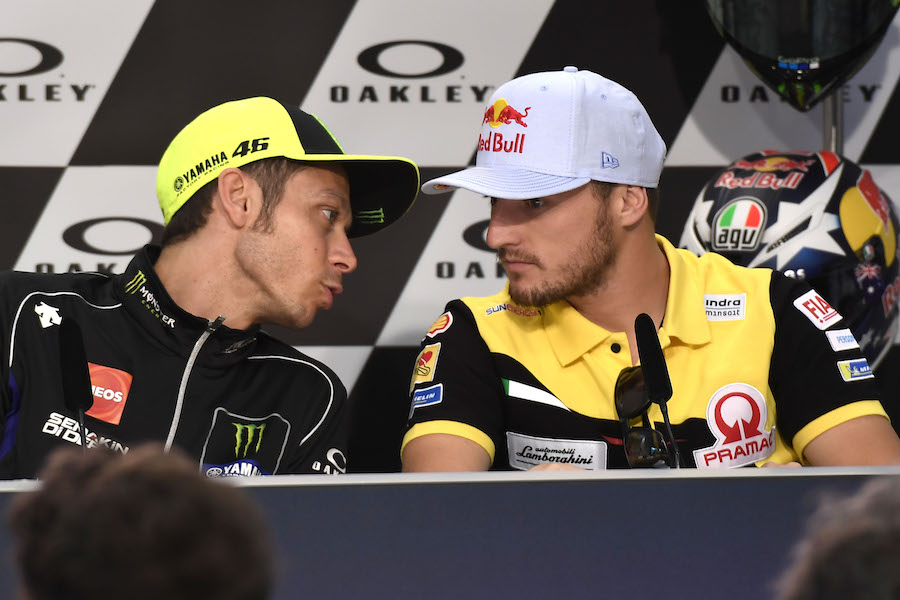 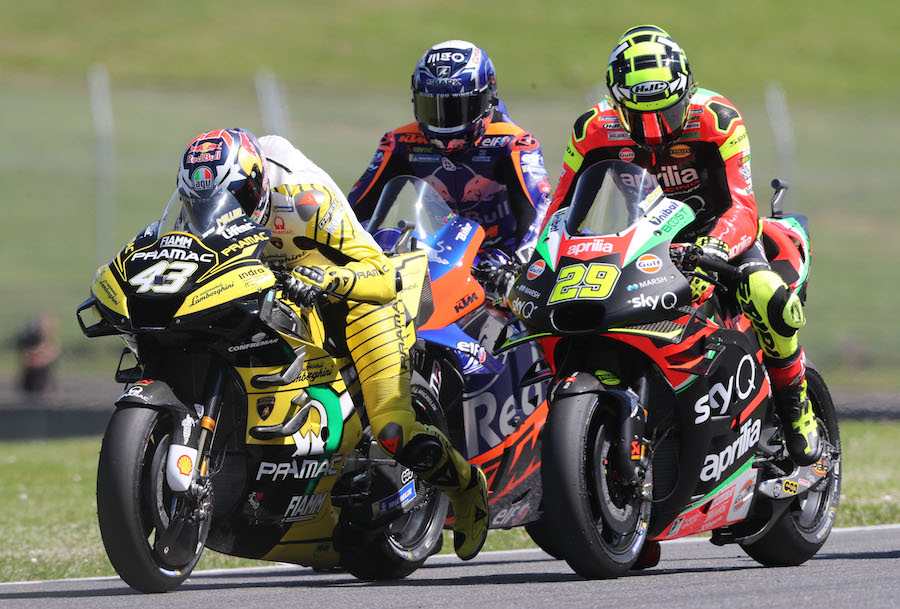 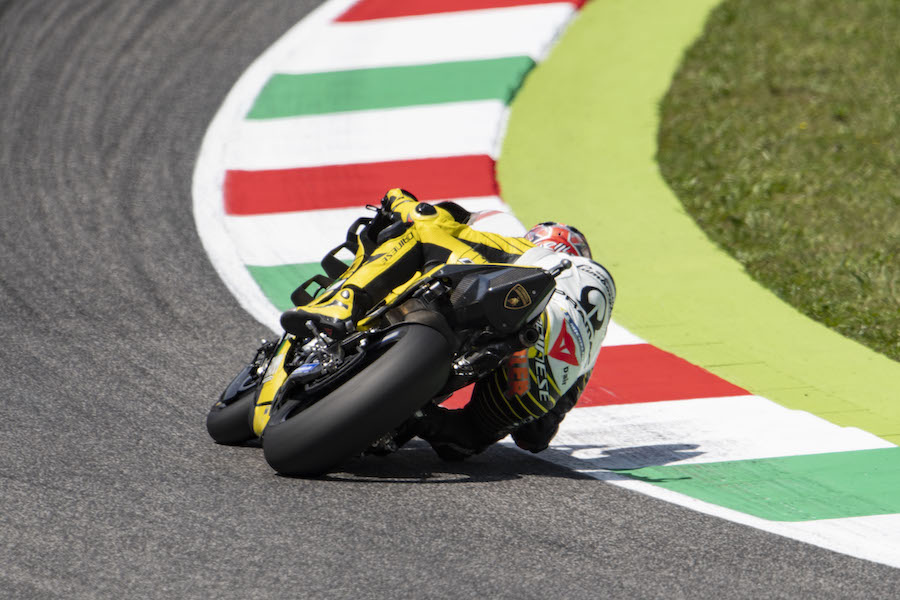