Before Norton plunged into liquidation at the start of 2020 the firm’s 1200cc V4SS and the planned V4RR superbikes were the company’s leading models. Now the reborn Norton firm is bringing the V4 back in the form of the new V4SV after spending more than a year redesigning the bike to solve the problems that plagued the handful of originals that reached customers. 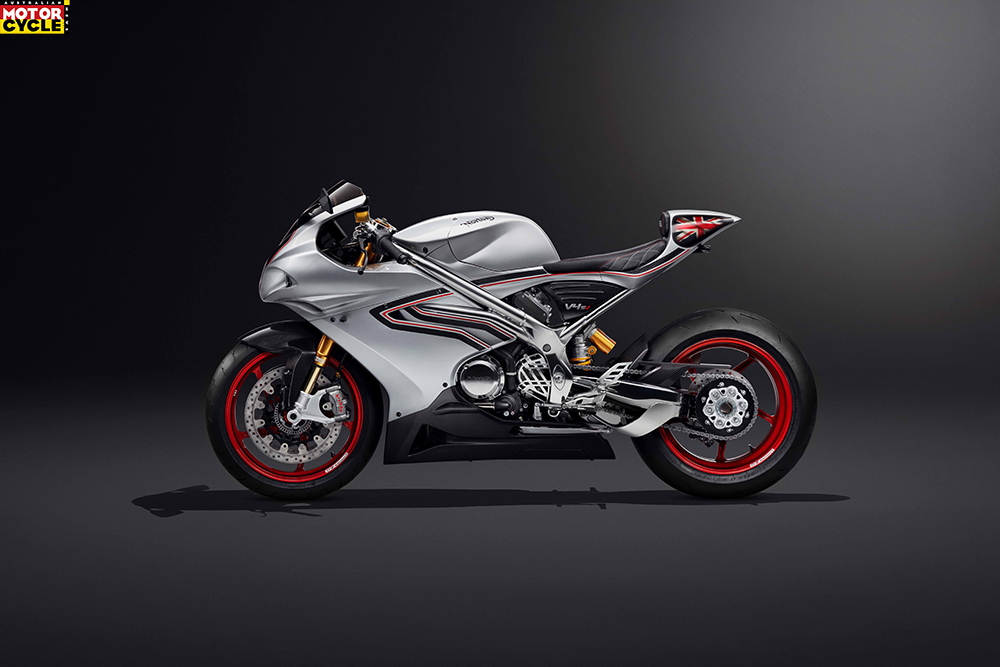 Although the V4SS was launched with much ado back in 2016, at that stage the bike was far from ready for production. Indeed, even by the time customers started to receive their V4SS models – a limited-edition introductory model with a £44,000 price tag in the UK – they were still riddled with issues. By the time Norton Motorcycles (UK) Ltd folded in January 2020, just 47 of the bikes had been registered for the road in the UK, with a few others believed to have reached dealers and customers abroad. 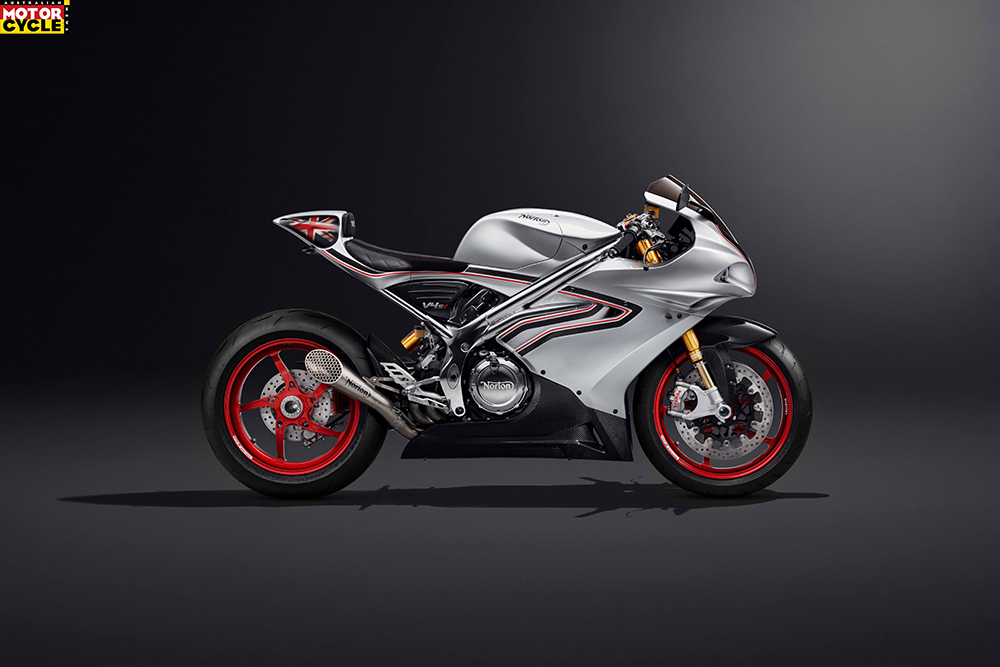 Today’s Norton is a different company – The Norton Motorcycle Co, Ltd – that was formed by Indian manufacturing giant TVS, which bought elements of the previous company from its liquidators, including the naming rights and design IP. As such, it’s in the tricky position of capitalising on the Norton name while still distancing itself from some of the previous company’s problems. Those included the original V4SS models. TVS’s Norton brand originally hoped to fix the bikes that had reached customers, out of goodwill rather than obligation, but on further investigation, a list of 35 faults was found, 20 of them serious enough to be considered safety issues. The idea of fixing the original machines went out of the window, although in the name of goodwill – customers wealthy enough to buy the original machines are worth keeping happy – the company has indicated that there might be some discounts for existing owners who want to swap their current V4s for the new, updated and fixed version. 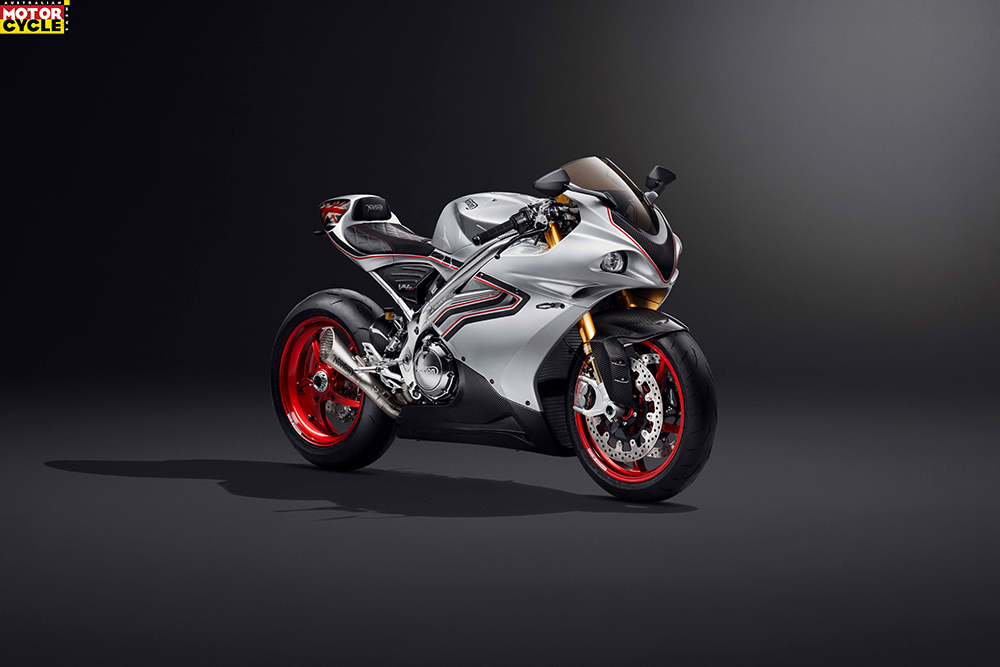 The new bike might look much the same as the old one, but it gains a new name – V4SV – and as well as having its mechanical problems fixed it’s finally expected to get type-approved as a genuine production machine. The originals never received emissions approval in Europe, so bikes sold – mainly in the UK – were road registered using looser Single Vehicle Approval rules that are really aimed at accommodating home-built specials. 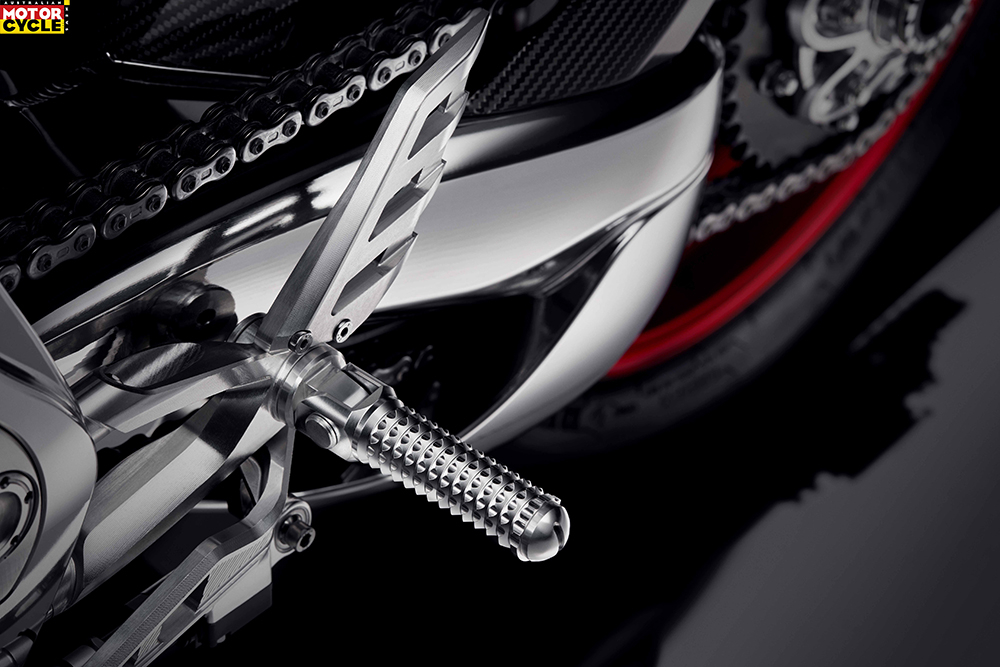 At the moment, Norton still hasn’t shown what the V4SV will look like in road-going form, as the pictures all feature a track-only exhaust that lacks the required catalytic converters, but it has announced the specs of the updated machines. 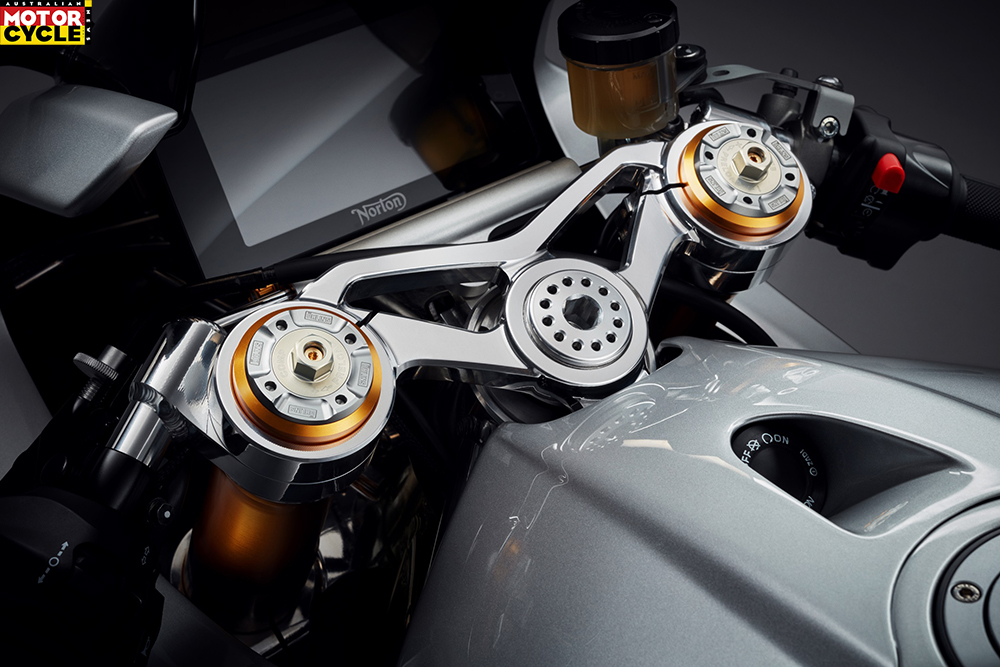 Power drops from the original claims of 200hp (149kW) to 185hp (138kW), still peaking at 12,500rpm, while torque is fractionally reduced from 130Nm to 125Nm at 9,000rpm. The engine is still largely the same, although with the problems of the original version fixed. These appear to largely have been problems with materials and small components, rather than ingrained design flaws, so the overall specs including the bore, stroke, V-angle and compression ratio are unaltered. 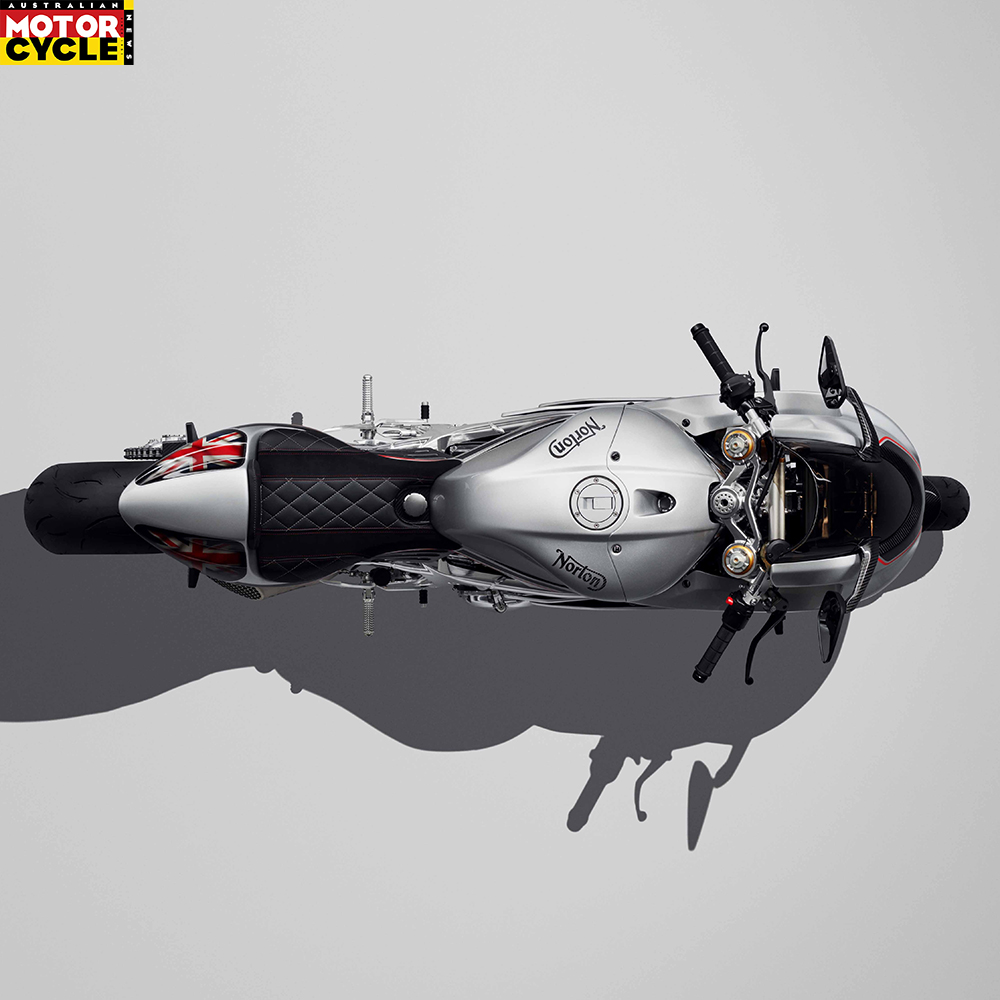 The frame is also unchanged, with the same TIG-welded alloy tube design, and the bodywork of the initial V4SV machines is the same carbon fibre kit that appeared on the limited-edition V4SS. As with the SS, there are two versions of the V4SV, one in bare carbon, with carbon-fibre BST wheels and called, unsurprisingly, ‘Carbon’. The other is silver rather than the gaudy chrome finish of the previous V4SS, with red forged alloy Oz Racing wheels. 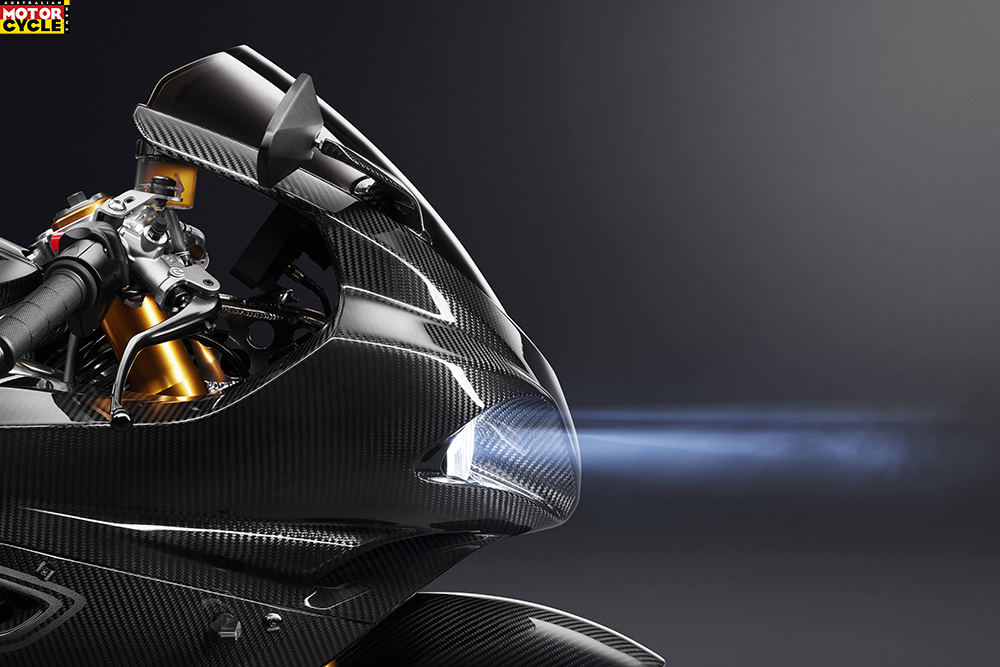 Suspension components are again unchanged, with Ohlins NIX30 forks and a TTXGP shock, and the brakes are the same Brembos that were fitted to the previous V4 model. The electronic kit includes keyless start, cornering traction control and a rear-view camera that projects its image onto the 6-inch TFT dashboard screen, although conventional mirrors are still fitted. 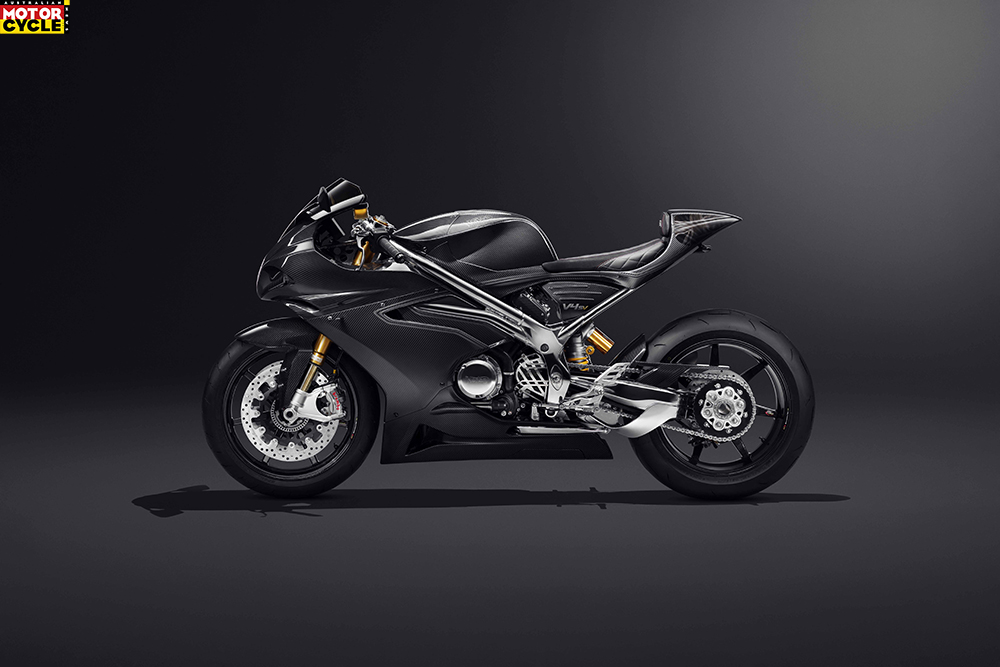 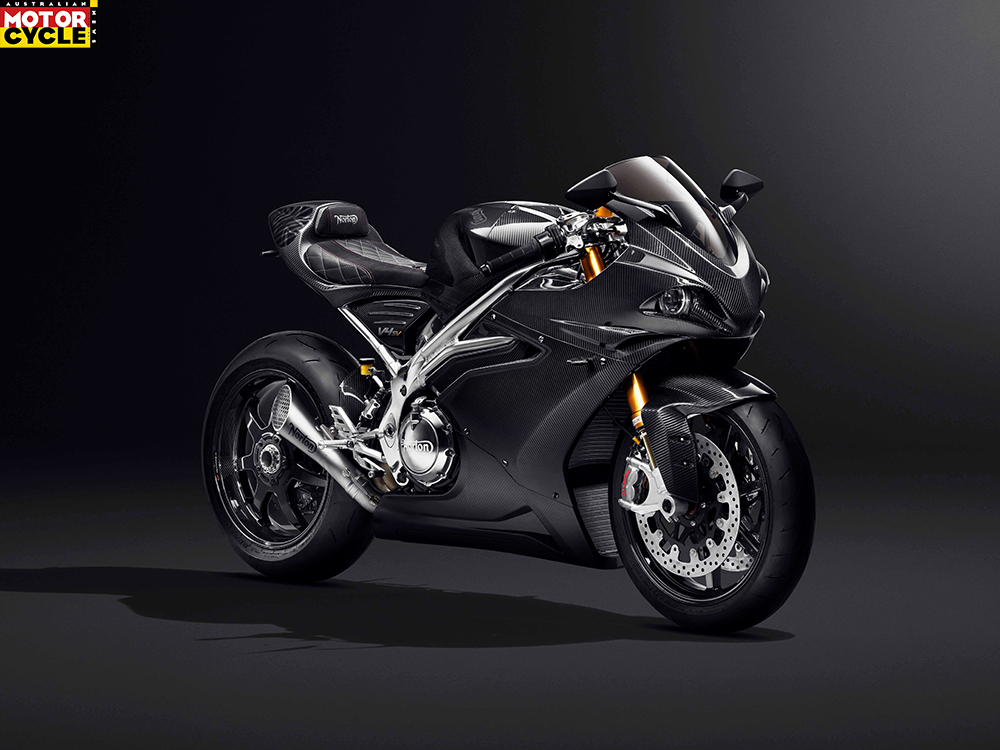