Yes, it’s the 40th anniversary of Mike Hailwood’s legendary Isle of Man TT comeback victory, but we want to talk about the other time he raced a big production-based four-stroke in a racing chassis

It’s a little-known fact Mike Hailwood raced for BSA at the Daytona 200 in 1970 and 1971. But a pair of mechanical DNFs on his Rob North-framed factory triples meant it was without the success – and the headlines – of his TT return seven years later.

The Highboy-chassised BSA-3 Mike raced in 1970 is in the Barber Museum in Alabama, but the fate of his 1971 Lowboy is less certain. There’s a case for identifying the bike pictured here as being that machine, which now belongs to British collector Mike Braid. Braid invented the infinity swimming pool in his day job as a civil engineer, and has a superb collection of active historic racebikes, ranging from the ex-Bill Ivy 650 Monard twin to an ex-Loris Capirossi Ducati V4 Desmosedici MotoGP racer.

After Hailwood’s retirement from the ’71 Daytona 200 with a holed piston, his BSA-3 was returned to the UK to be converted to short-circuit spec, and raced by Ray Pickrell in the 1971 Anglo-American Match Races. On it, Pickrell won three of the six races, but crashed in the final at Oulton Park and damaged the frame beyond repair.

The bent-up original was consigned to acting as a jig for the Triumph factory’s metal-basher, Don Woodward, to manufacture aluminium fuel tanks for Rob North’s new design of Lowboy frames. Mike Braid takes up the story:

After the closure of the factory, this tank jig was among the many bits and pieces that ended up in race fitter Les Williams’ Triumph spares business.

“In 1987-88 I was riding a couple of F750 Rob North triples in Classic events, and I happened to be at Les Williams’ shop getting parts for them, where I glimpsed a chassis sitting behind the counter. It turned out that it was the Lowboy frame off the ex-Mike Hailwood 1971 Daytona BSA, which Pickrell had written off at Oulton Park. It had been kicking around for a long time, and I asked Les if he wanted to sell it, and he said he would. So I bought it for not a huge amount of money, and then decided I would start collecting bits and pieces with a view to building it up as a proper factory-style bike, in the guise of a works 1971 Daytona.

“I bought a lot of stuff from Les; wheels and various other factory parts which he let me have. I took all this to Richard Peckett of P&M Motorcycles, who is generally accepted as being the world’s best preparer of BSA/Triumph triples for Classic racing, and asked him to repair the chassis, which had some fairly bent tubes, especially on the front. “It wasn’t in a very good state, but Richard is rebuilding crashed triples all the time, and his British TT F1 title-winning P&M frames speak for themselves. So I asked him to cut out all the bad stuff and rebuild it as it would have been in 1971, which he did, finishing it off in 1990.

“Without ever claiming to be the actual Hailwood bike, but a machine recreated in the spirit of it from a collection of parts, many of them ex-works, we’ve built the bike up as close as possible to 1971 Daytona spec, to the extent that it has a factory squish cylinder head on it, which has the re-angled centre sparkplug. It’s got squish pistons, it’s got the original factory ignition system with the quill drive for the points and the Zener diodes, and it’s got the original Quaife five-speed gearbox as used in the factory bikes.

“The tank was built by Don Woodward, who made the original fuel tanks using that very frame, and the bodywork is an original fairing. “Without going overboard, I’ve tried to make it as close as possible, and I feel that Richard Peckett has done a really fine job in recreating it.

“It first ran in 1990 at the Brands Hatch Super Prix, and I bring it out from time to time at major Classic events, including the Isle of Man TT Parades.

“It is what it is – there are only so many components in a motorbike, and if they’re reasonably close to the original then it’s going to 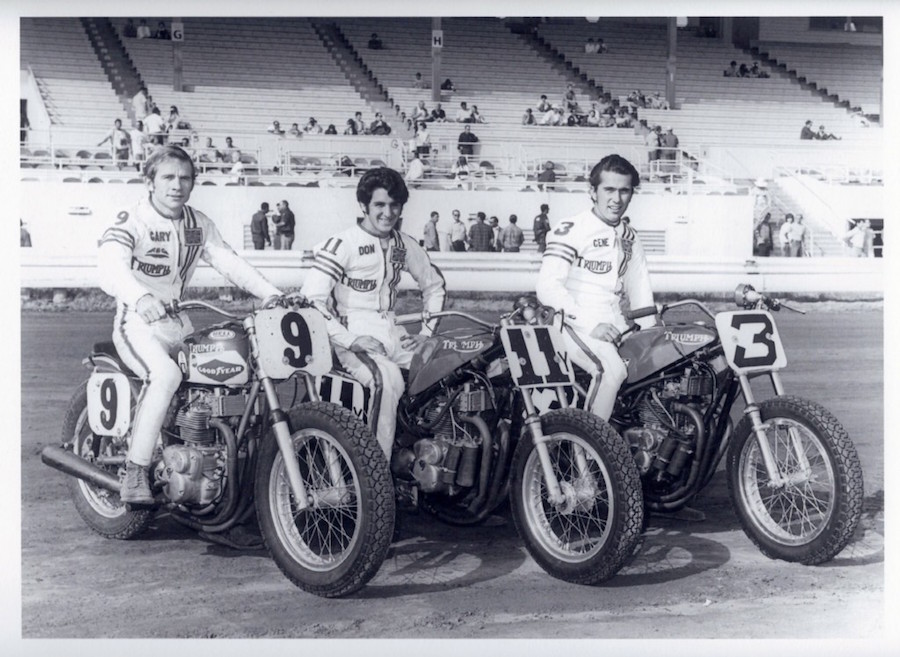 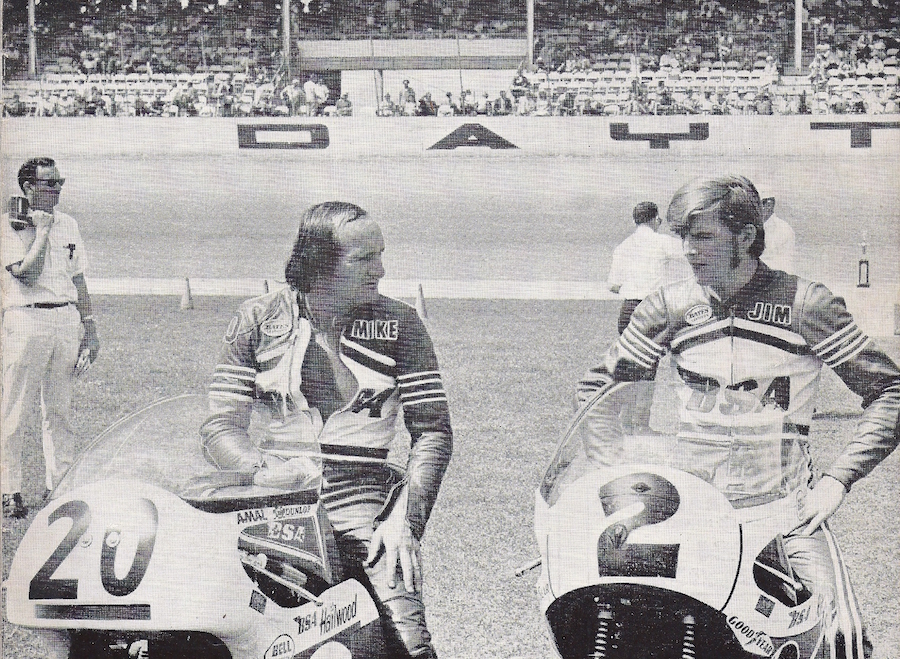