Maverick Viñales has been suspended by the Monster Energy Yamaha MotoGP team after an incident at the Styrian GP and will not compete in this weekend’s Austrian GP.
Yamaha released a statement explaining that “due to the unexplained irregular operation of the motorcycle” in the Styrian GP, Viñales will not participate in the Austrian grand Prix scheduled for the 13-5 August. 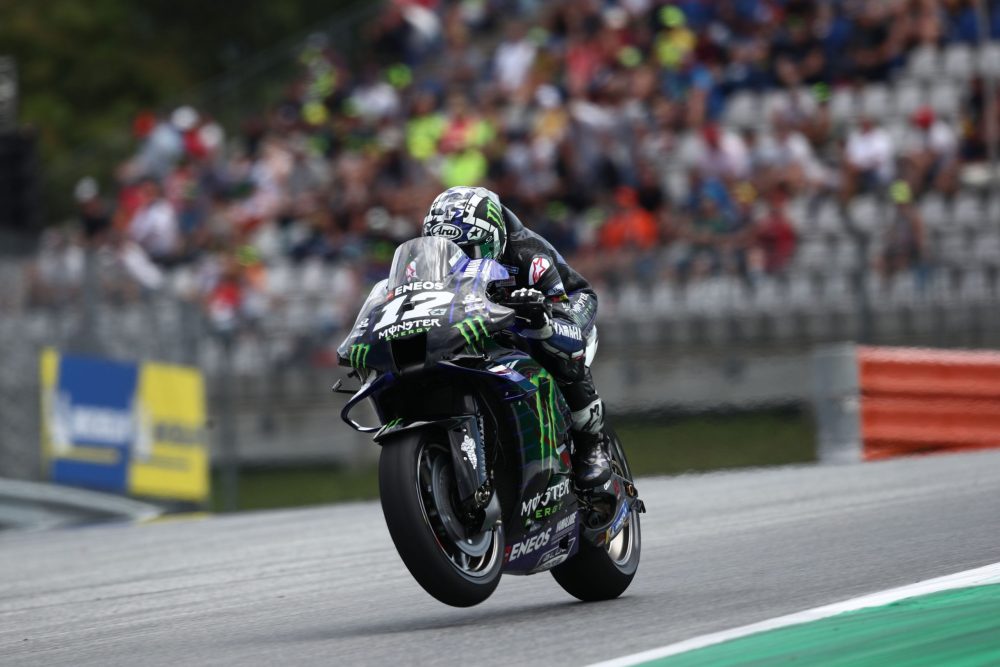 Exact details haven’t been released but the statement from the Monster Energy Yamaha team says the infraction had the potential to cause “significant damage to the engine of his YZR-M1”
Recently released onboard footage shows Viñales hitting the rev limiter several times during the second part of the crash-affected Spielberg race. He was forced to start from pitlane after stalling his machine on the grid during the restart, and again while entering pit lane at the end of the race where he was placed last – for the second time this season. 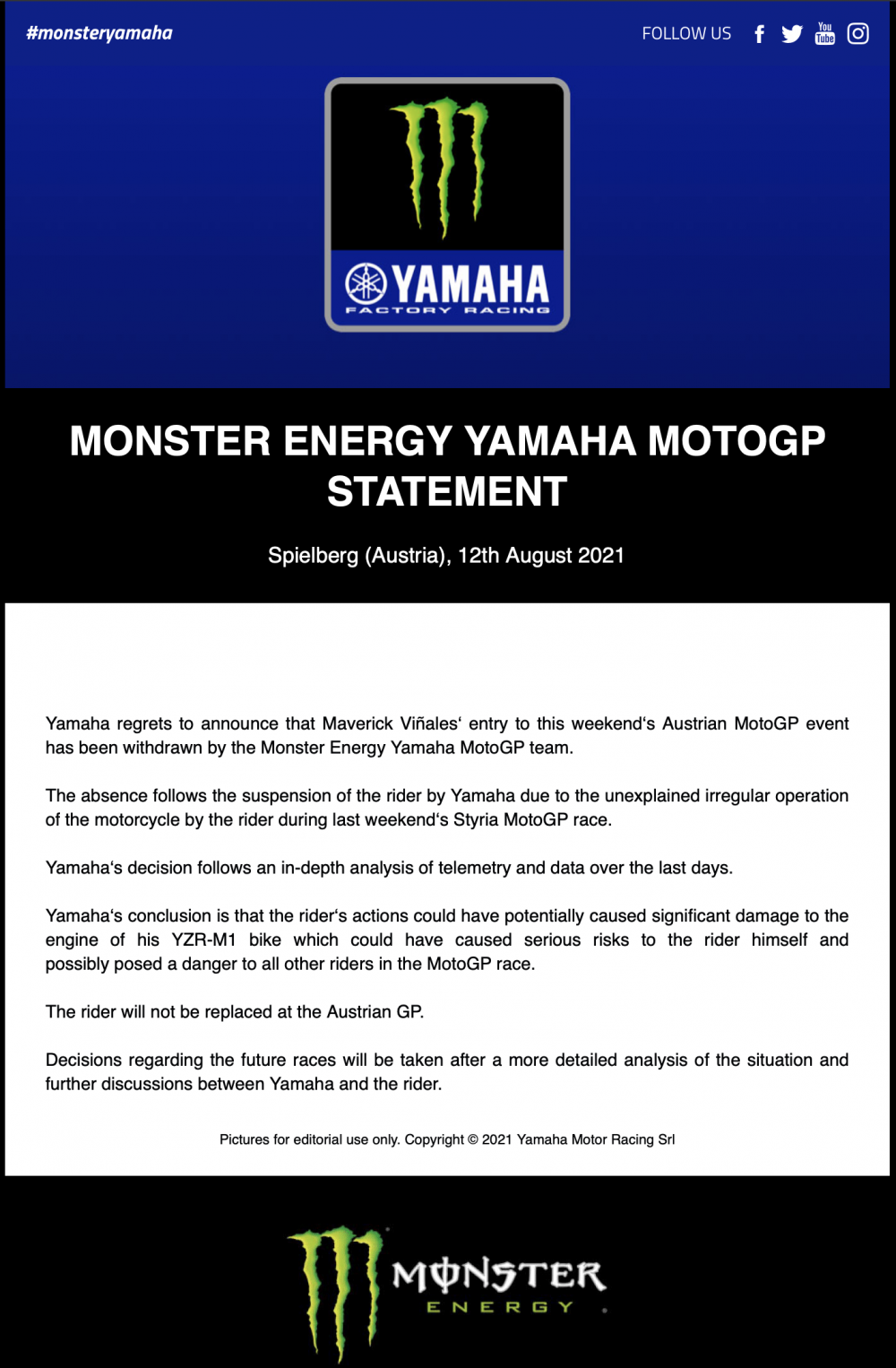 The 26-year-old Spanish rider returned to the pits on the final lap before crossing the finish line to end the race.
Viñales currently sits fifth overall in the championship standings with 95 points, 77 points behind soon-to-be ex-teammate Fabio Quartararo.
Yamaha has not indicated whether Viñales will return for Round 12 at Silverstone on 29 August but, with the relationship seemingly frosty and his 2022 contract with Yamaha in the bin, we may have already seen Maverick run his last GP on a Yamaha. 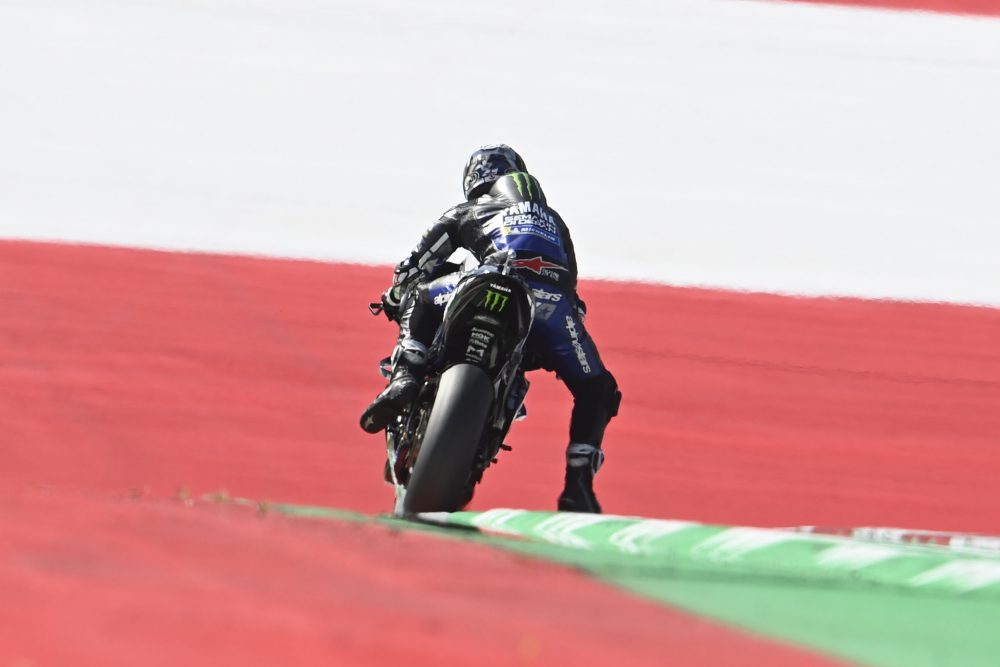