Marquez headed into the 15th round of the series with a mathematical chance of clinching his fifth world crown, however, the scenario of both Movistar Yamaha riders Valentino Rossi and Jorge Lorenzo finishing the race well down in the points seemed improbable. Incredibly, Rossi and Lorenzo both crashed out of the race in seperate incidents, leaving Marquez to cruise to the flag and claim the 2016 title with three rounds still to run.

Aussies Jack Miller and Mike Jones had mixed results at the Japanese round. Miller crashed out of the race on lap 18, while MotoGP debutante Mike Jones put in an impressive performance finishing his first ever MotoGP race in 18th position.

All eyes now turn to the Australian Motorcycle Grand Prix at the Phillip Island Circuit. Rumours are already circulating that Casey Stoner has been offered the replacement ride for the injured Iannone on the factory Ducati, and recently crowned ASBK champion Troy Herfoss may replace Hiroshi Aoyama on Dani Pedrosa’s factory Repsol Honda. 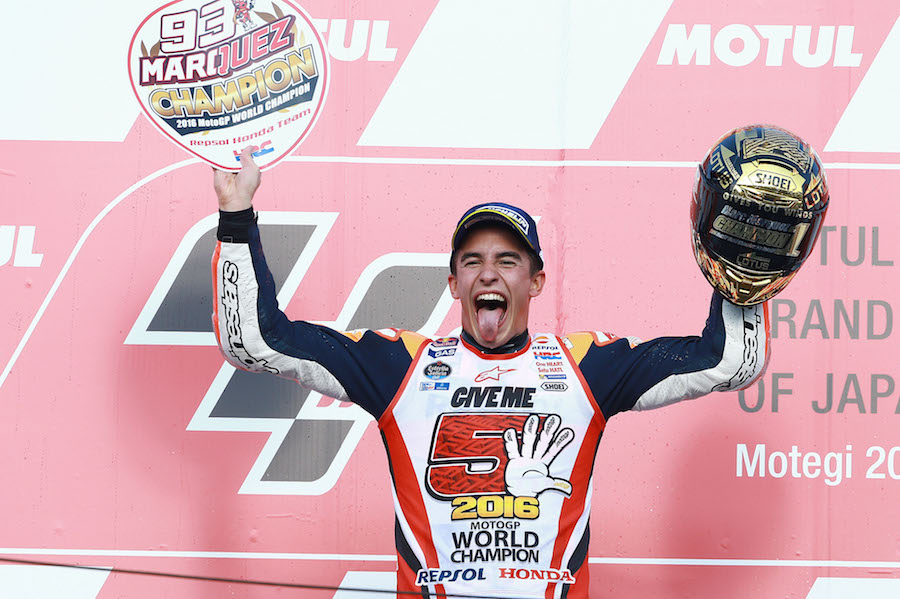 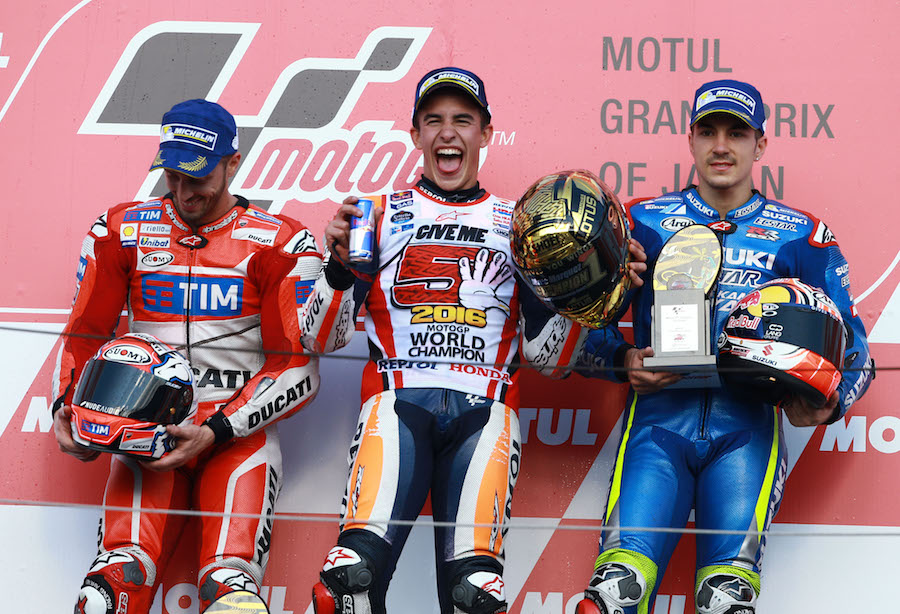 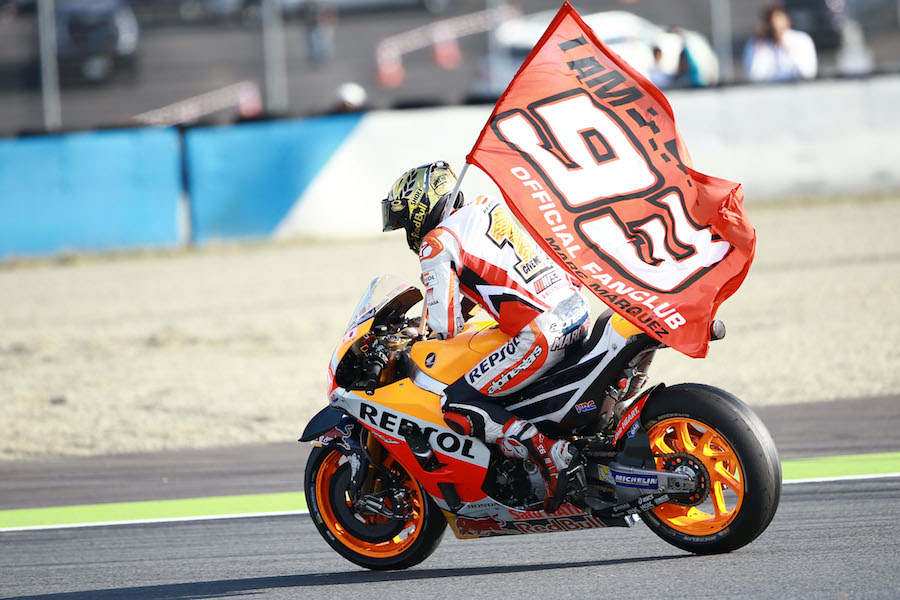 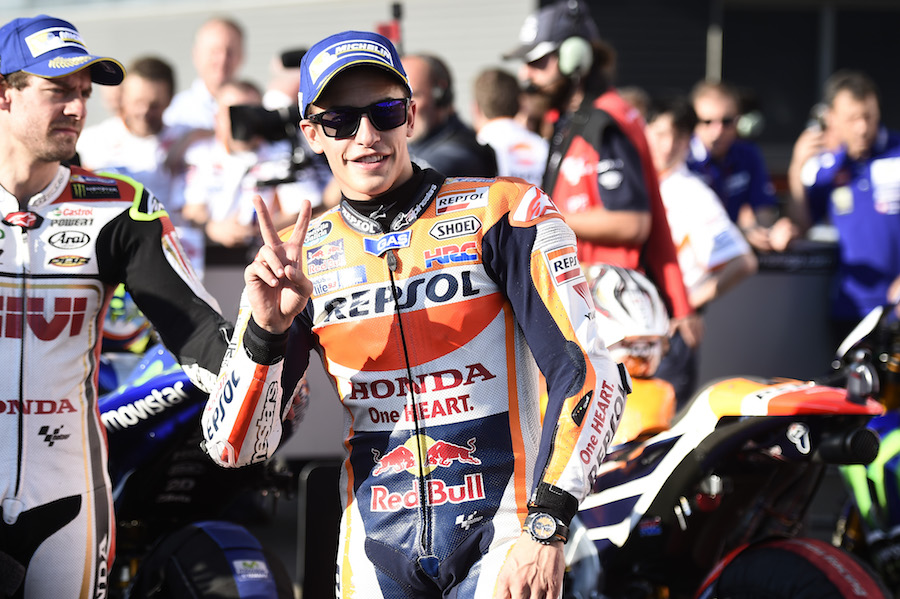