Kurri Kurri Junior Motor Cycle Club riders were the big winners at the annual Casey Stoner Cup meeting staged at the Loxford Park Raceway, on the weekend of March 24 and 25.

Mackenzie Childs was a leading rider through his junior days and last weekend added to an already impressive record in 18 months of senior racing by scoring an emphatic win in the Senior Casey Stoner Cup.

Earlier in the meeting Childs had to work hard to beat Boyd Hollis and Sean McLellan in a closely-fought Pro 450 final.

But in the Casey Stoner Cup Pro Open final, although the top three finishing order was the same, Childs scored a very comfortable win.

The other senior class, the Pro 250 produced a dominant showing by Bailey Spencer who won four of the five rounds to outpoint Angus Hutchinson and Jack Griffen.

Racing throughout the junior classes was of the highest calibre and showed that the future of the sport is in good hands.

The next group of riders who will head to senior competition are those currently in the 13 -16 years age bracket and their action was a particular highlight of the racing.

That considered the result of Junior Casey Stoner Cup was very special as local rider Ryan Smith came out on top in his first open meeting since entering this age bracket.

To win the 6-lap final the diminutive Smith had to initially hold off triple Australian champion from last year Kye Andrews and then talented Queenslander Cyshan Weale.

Both Andrews and Weale said that Smith had ridden the perfect race to thwart everything they threw at him.

Weale had earlier dominated the 2-stroke class while Andrews was impressive winning the 4-stroke class, both times with Queenslander Tristian Adamson and Victorian Max Berry in the minor placings.

Another Queenslander took the individual honours with Gold Coast rider Harrison Voight winning all three classes he contested, including one where he fell and was pointless from his final round. 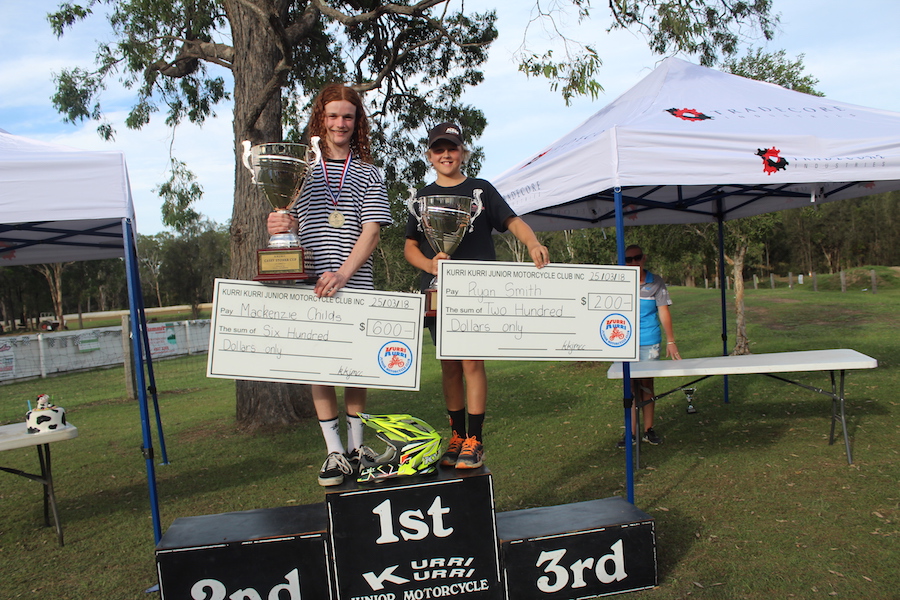 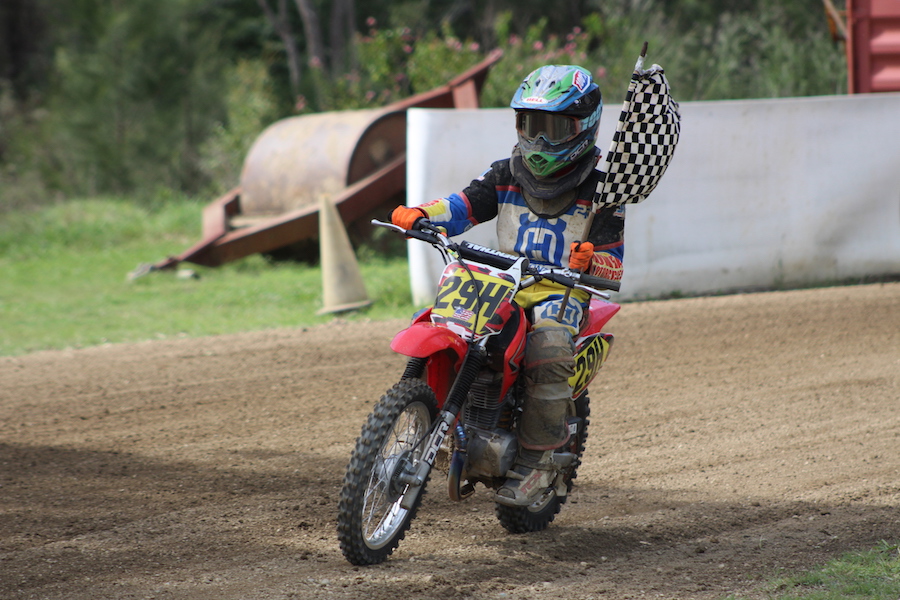 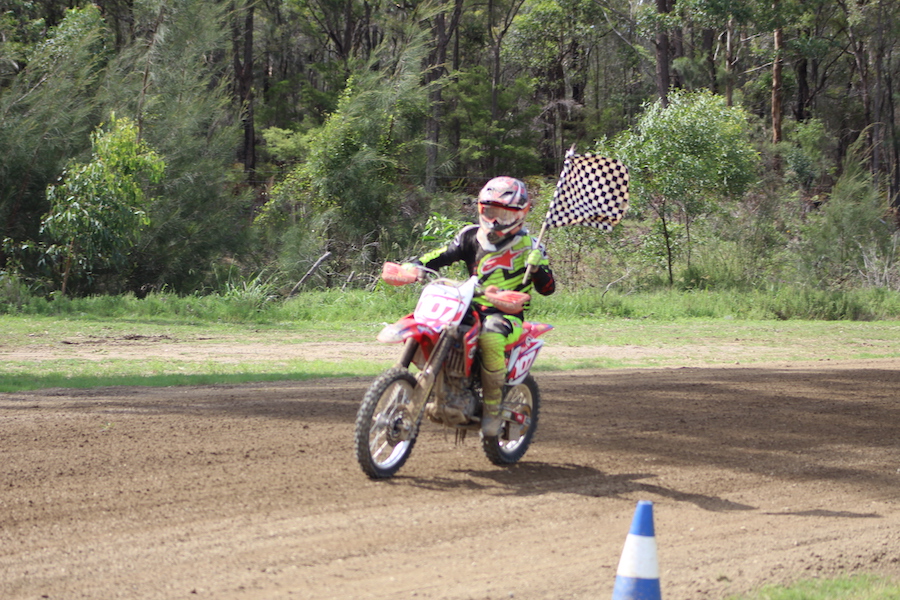 Most successful rider of the meet – Queenslander Harrison Voight