There was a time when a inline-four cylinder motorcycle was the norm. Roadbikes from 250cc through to 1400cc could be purchased with a screaming four pot. Then the parallel-twin engine made a comeback, popular due to its ability to produce strong low-end grunt from a compact package, which was not only considerably lighter, it also cost a lot less to develop and produce.

Honda’s CB650F is the only four-cylinder motorcycle on test and it polarised opinions among the test team; some loved the high-revving nature of the engine, while others lamented the loss of top-end power the LAMS restrictions have brought to the 649cc engine. But everyone agreed it’s a good-looking machine, and the build quality scored high.

The Honda is a victim of its own engineering. The four-cylinder engine is a brilliant little motor but in LAMS guise it loses some of what we love about it – the high-end power surge.

The build quality is excellent, everywhere you look it screams Honda quality. A learner would get onto this bike and think it’s brilliant.

While Honda Australia was unwilling to provide official figures, it’s safe to say output would be on par with the LAMS-approved CBR650F which produces a claimed 35kW.

As well as its unique engine configuration, the Honda also has a steel twin-spar frame setting it apart from the trellis style preferred by its price-point competitors. From the moment you rest your bum on the comfortable seat and place your hands on the high-set and wide ’bar, everything just feels right. The four-cylinder CB is a proper grown-up motorcycle, but you need to remember that this bike is aimed at new riders, not experienced old-timers. And when assessing the bike with that in mind, the Honda delivers an extremely rewarding ride. Around town, there’s good low-end power to get you from A to B, and this is where new riders will spend most of their time, but the downside is it’s slightly more difficult compared to the twins to get off the line. And at 207kg (wet), the Honda is the heaviest bike on our test, and the seat at 810mm is also one of the highest.

It’s got just the right amount of power for the first five years of most people’s riding life. It’s brilliant for a LAMS bike, it will easily cruise on 100-120km/h at 4500-5000rpm.

The secret to the success of the mid-capacity naked segment is the ease with which the bikes can be ridden when the bitumen begins to become twisty, and the CB is excellent. Its non-adjustable Showa fork with dual bending valve technology is soft, but it offers an impressive amount of feel at the front end. This quickly transfers to confidence in grip levels, and a faster ride. The gearbox is slick, and nothing feels like an afterthought. All this may sound like stuff for experienced riders, but what it does is fill new riders with confidence, teaching better riding habits in the process. The twin-pot Nissan brakes up front are also spot on the money and for its intended market. 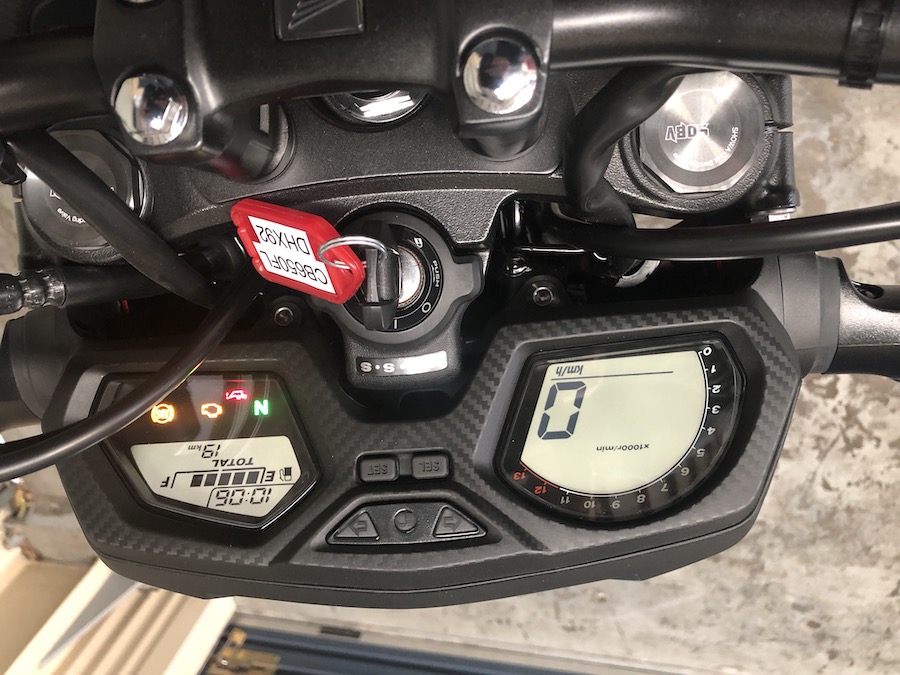 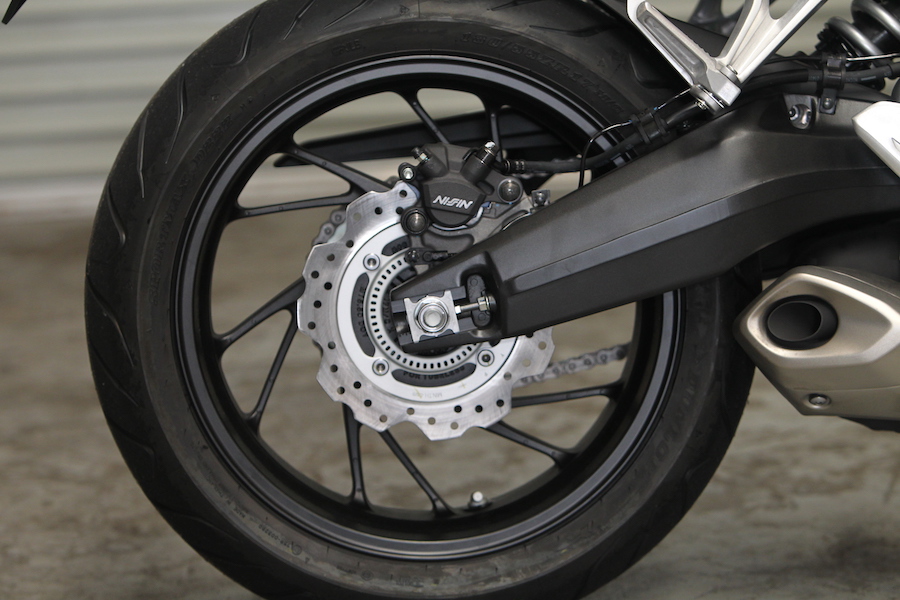 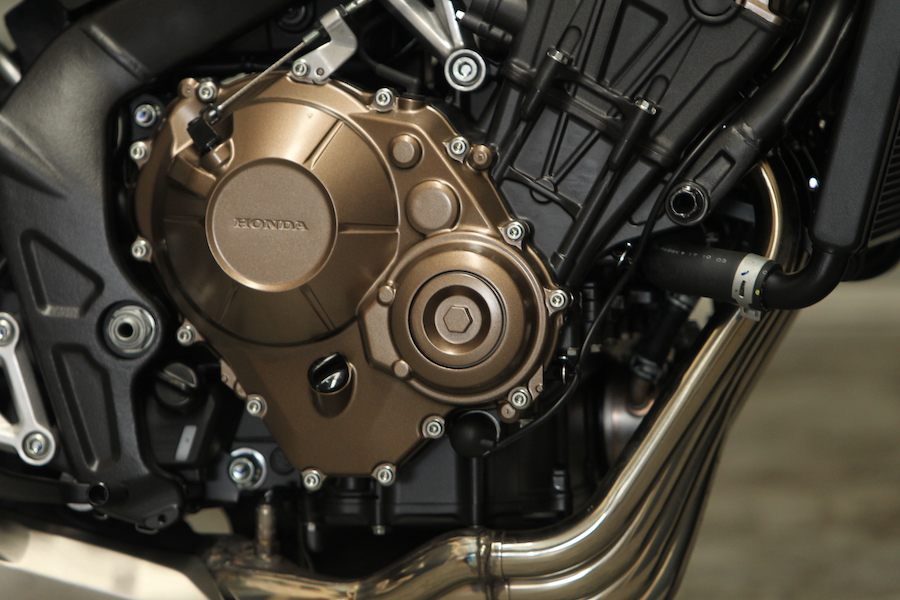 Looks wise, four lovely header pipes converging into one stubby belly can is the centrepiece, announcing what this bike is all about.

We didn’t have any restricted licence riders on test, but AMCN designer Paul Andrews has not long graduated to the big league and has spent to past two years riding around Asia on small-capacity machines.

“It’s a good-looking and well-built bike, but you do notice the weight,” he said. “When I got off the Suzuki and onto the Honda I instantly felt the extra 10 kilos. The other thing I noticed immediately was its (and the Ducati’s) lack of a gear-position indicator. When learning the art, it’s a huge help to know what gear you are in.”

But a four-cylinder mid-capacity Honda for under $10K? No one’s going to go wrong with that. It looks great from all angles. Any learner or even fully licensed rider would be happy to have the CB650F parked at the local cafe. The designers have done a brilliant job with the large and small visual details which give it an expensive look – two-tone engine paint job, sexy muffler, carbon-look plastics, perfectly fitting panels – overall it’s a neat looking bike.

It feels like a big bike, nice and solid. The seat height is tall but felt great for my 188cc frame. It’s an upright riding position with easy-to-reach ’bars and an adjustable front brake lever. Hit the starter button and that lovely Honda four greets your ears. Revving the engine it sounds and feels responsive but on the road it becomes apparent this engine has been put on a short LAMS-approved leash.

The steering is great, the brakes are great, flat and highway cruising was great. Up hill on the other hand, well, I couldn’t tell you. I was too focused on working out where the power was and trying to get the bike up hills fast!

Honda bent over backwards to get us a test unit for this shootout, and to be fair, the bike was far from run in, so you’d probably find it would loosen up with time. And in reality, the people buying this bike aren’t going to be asking what we were asking of it, and it has more than sufficient power to learn the craft properly, especially cornering. 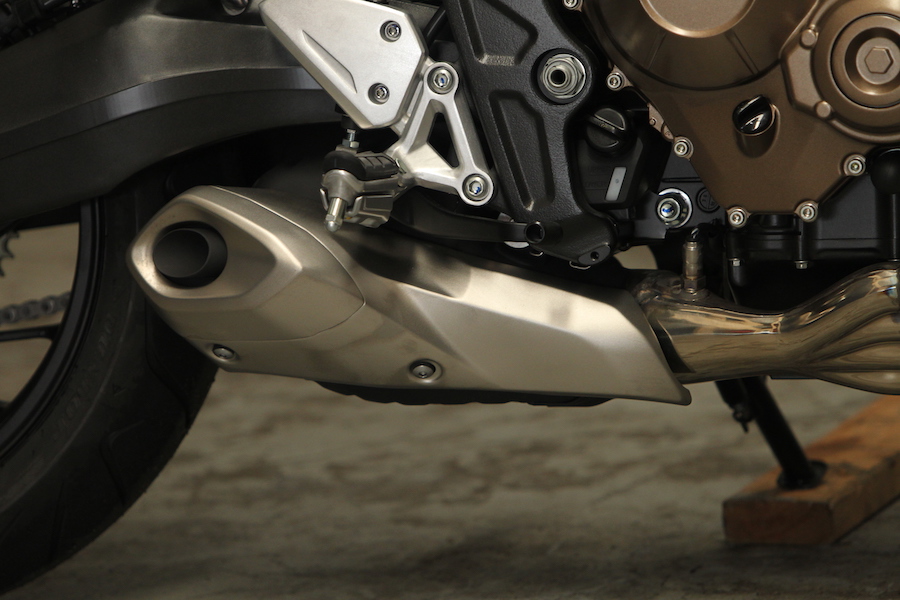 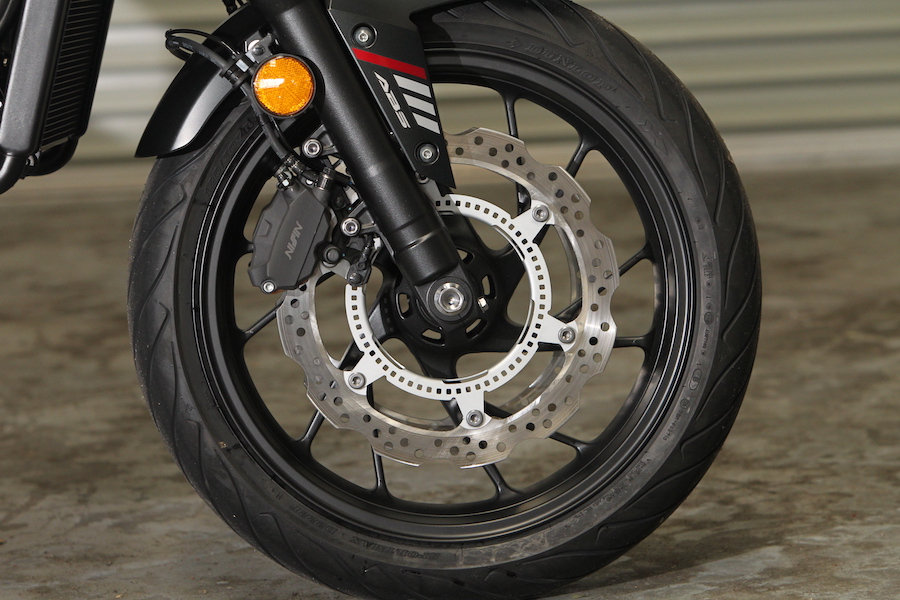 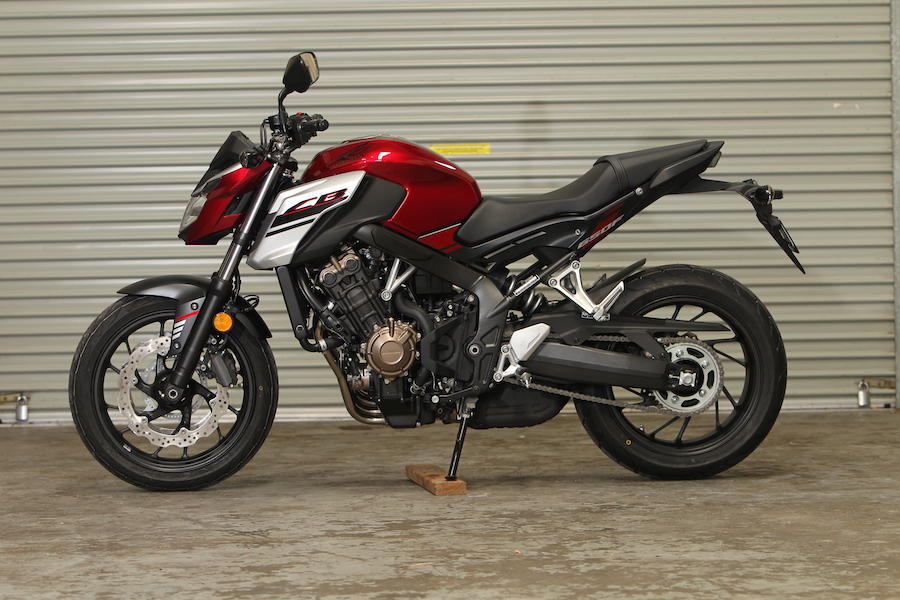 The aggressive lines of the styling that includes four sweeping header pipes. The perfect fit and finish reveals the level of engineering that has gone into the bike.

Trying to restrict a wonderfully high-revving four-cylinder engine to meet LAMS requirements makes it feel like it’s always trying to give more, but can’t.

The Forerunner to the CB650F was the CB600, a stripped-down and slightly detuned version of Honda’s CBR600F called a Hornet. There was a 900cc version, too.