He did it in 2015 and has done it again in 2020! VisionTrack Ducati’s Josh Brookes has become the 2020 Bennetts British Superbike Champion in a hotly contested Brands Hatch GP Championship deciding round, October 16th -18th.

In what was undeniably the best Superbike race of the season, all four championship contenders hung it out on the line, but it was O’Halloran that finally pulled a gap to lead over the finish line. O’Halloran closed the championship gap down to 12 points and moved up to second in contention.

Iddon finished race one in 2nd, McAms Yamaha’s Tarren Mackenzie finished 3rd, and despite slipping down amid the race one battle, Brookes made his way to 4th.

Brooke’s isn’t known as the “King of Brands” for nothing as he pulled out all the stops in the final two races on Sunday, leading each lap from start to finish in both races and finally securing the championship title.

After being asked by Eurosport commentator Matt Roberts how it felt to win the championship Josh responded, “It feels awesome! I don’t have to say anything, all the words were said out on the track.”

‘It seems like when the pressure is on I seem to find that little bit more. I thought yesterday (Saturday) if I rode sensible I could make the results I needed too, but obviously, that wasn’t the case.

‘I had to ride a bit more aggressive, so today it was just ride to the death, had to give it everything. I knew that in that race (race three) I only had to come third if Jason won, but I didn’t want to win the championship coming third, I wanted to win it by winning it!” 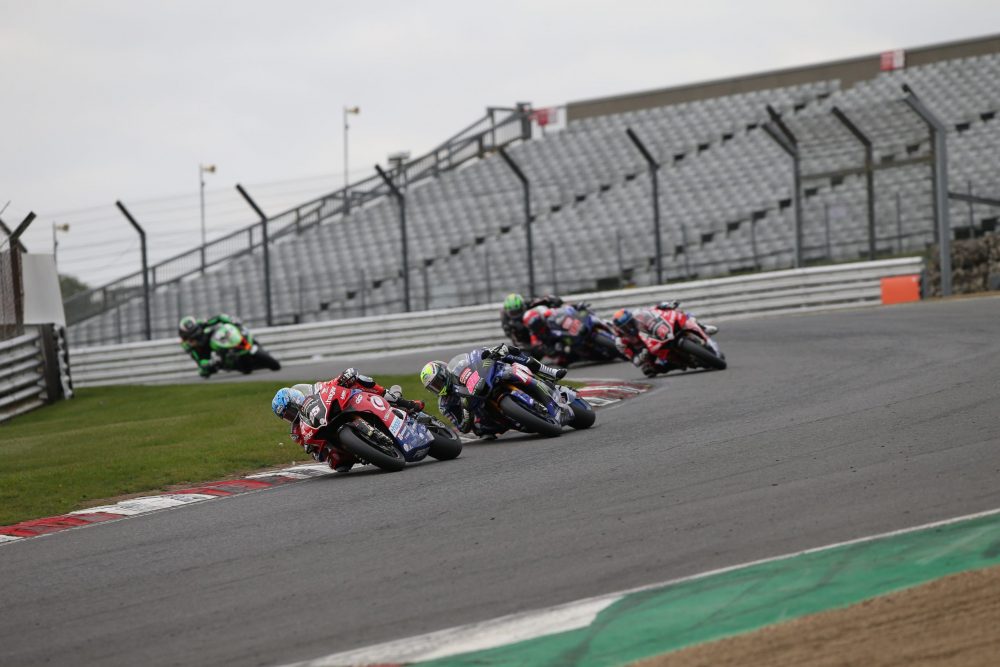 O’Halloran claimed 2nd in race two followed by Iddon, while in race three it was Mackenzie who secured 2nd and O’Halloran that settled for 3rd.

O’Halloran secured 2nd in the championship, just 21 points behind Brookes, and commented “it’s been a fantastic year. To come so close and not get it is disappointing, but to finish second in the British Superbike Championship is a fantastic result. It’s probably been my most enjoyable year of racing I’ve ever had”.

Gearlink Kawasaki’s Ben Currie got back on the box in race one at Brands Hatch GP, finishing 2nd in the Quattro Group British Supersport class. Despite his struggles throughout the season, Currie ended his season on a high finishing race two in 4th and securing 8th in the championship.

BPS Racing’s Levi Day had a stellar weekend, taking two wins from two races in the Ducati TriOptions Cup class. Despite doing all he could, Day missed out on the Championship title by 7 points but taking home 2nd. 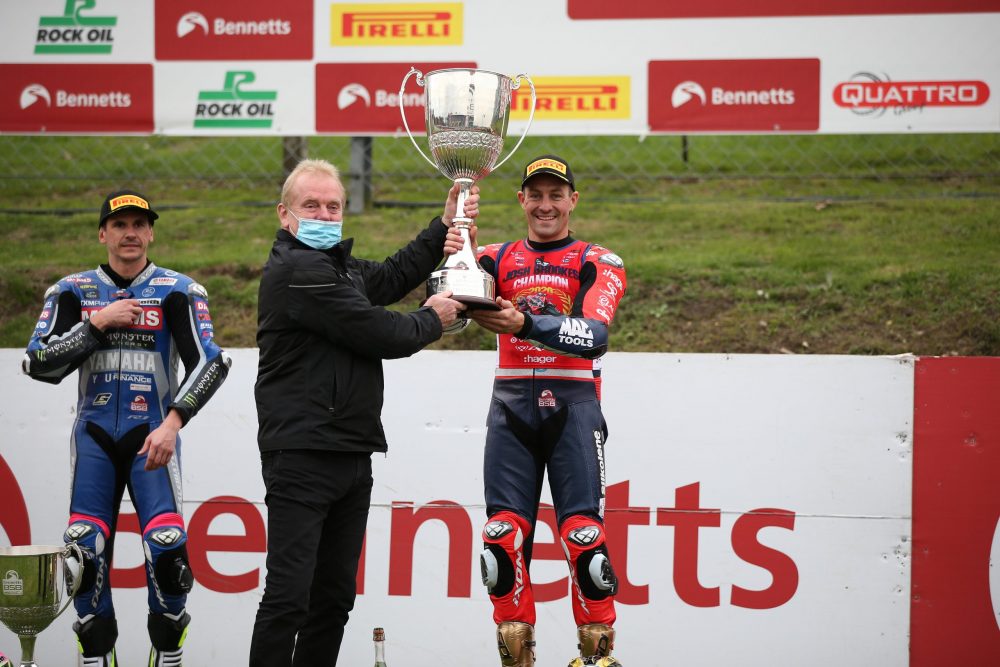