Benelli is developing a new parallel-twin engine that’s set to appear in a future TNT900 – and it’s remarkably similar to KTM’s LC8c motor.

The engine has been revealed in a Chinese design patent, intended to give IP protection over its external appearance, and it appears to be remarkably similar to the KTM parallel twin that’s used in 889cc form in the 890 Duke and Adventure models as well as the Husqvarna Norden and, with a 799cc capacity, in the new CFMoto 800MT. However, despite its similarity, the forthcoming Benelli engine isn’t identical to the KTM design and is due to be manufactured by Benelli’s Chinese parent company, Qianjiang. 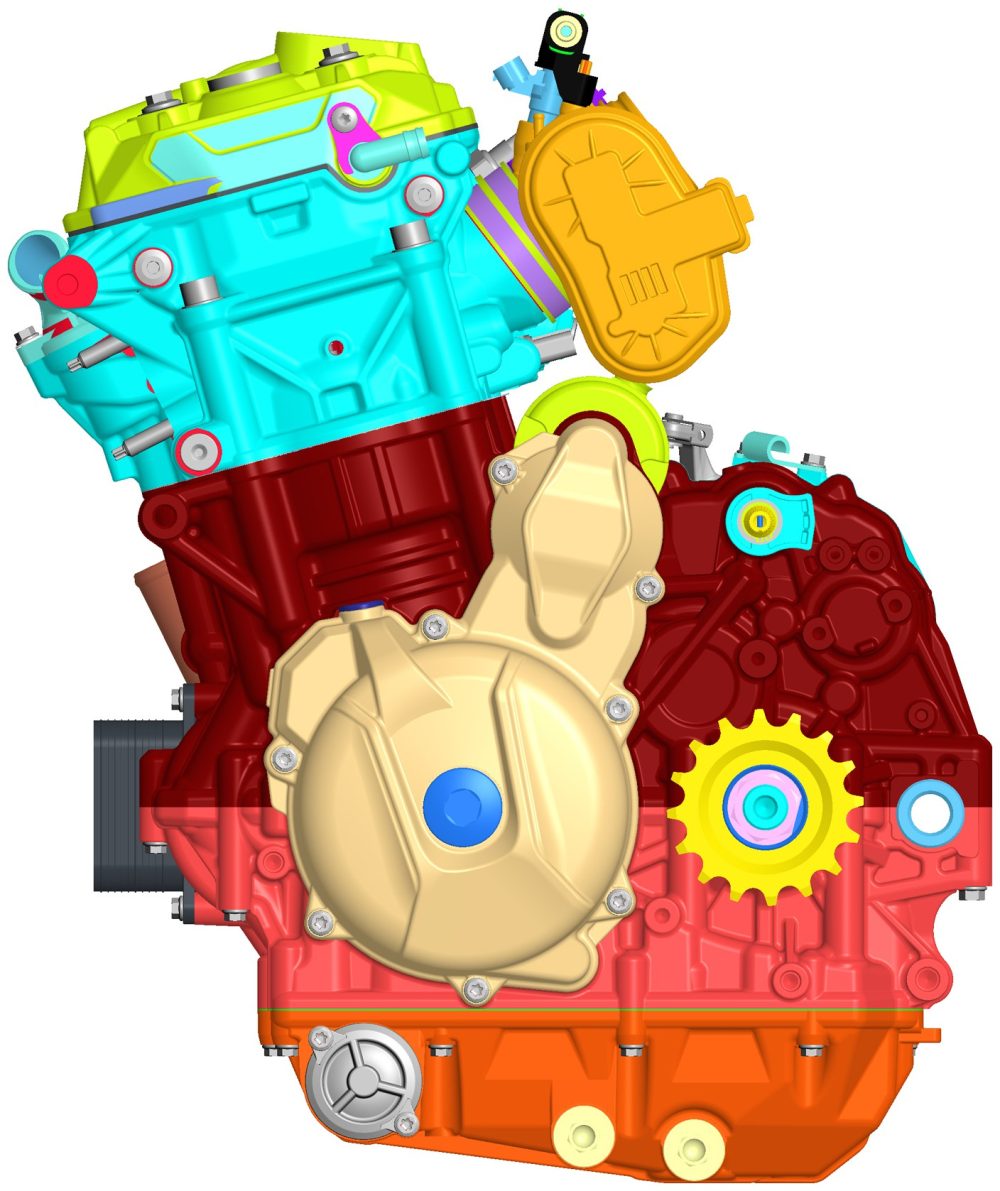 The patent documents reveal that the new engine goes by the internal codename ‘QJ288MW’ and while it’s made by Qianjiang and sure to eventually appear in the firm’s Chinese-market QJMotor models, the initial version is clearly destined for a Benelli TNT. The ‘TNT’ logo is clear to see on the side of the cylinder head, although it’s on a badge panel that can clearly be replaced to suit whichever bike the engine is used in.

While Benelli already has a 754cc parallel-twin, used in the Leoncino 800 and the new TRK 800, as well as the 752S naked bike, it’s a relatively old design, originally developed in the early 2000s, before Benelli was bought by Qianjiang in 2005, and is effectively two cylinders from the firm’s old 1130cc triple. In comparison, the new design is much more compact and sure to be lighter, despite being expected to have a larger capacity of around 900cc. 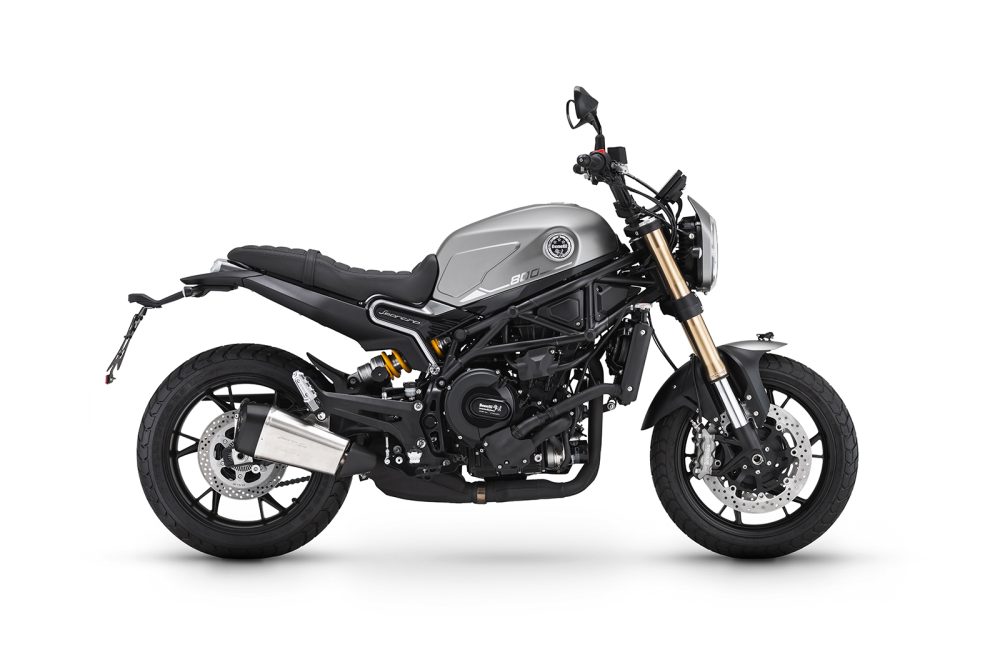 Back in September 2020, Benelli announced it would have parallel twin-cylinder models in the 700cc and 900cc classes in the future, and Qianjiang has recently revealed a 693cc twin in China that’s likely to become the smaller of those engines. The larger, 900-class engine is the one seen here, although like the KTM LC8c, it might initially appear as a 799cc engine rather than being stretched to the full 900cc. The ‘QJ288’ codename hints at this: Chinese naming convention for engines starts with the manufacturer code (QJ for Qianjiang), and for multi-cylinder engines the first digit usually relates to the cylinder count. In this case, that’s ‘2’. Then comes a two-digit number revealing the engine’s bore in millimetres. Here, that number is ‘88’ – and the 799cc KTM LC8c engine has an 88mm bore, suggesting the new Qianjiang design has the same internal dimensions. Of course, the LC8c has already shown it can be stretched to 889cc for the ‘890’ KTMs and the Husqvarna Norden, so the Qianjiang/Benelli design is likely to be able to follow suit, meeting the company’s goal of having a 900cc-class twin in its armoury. 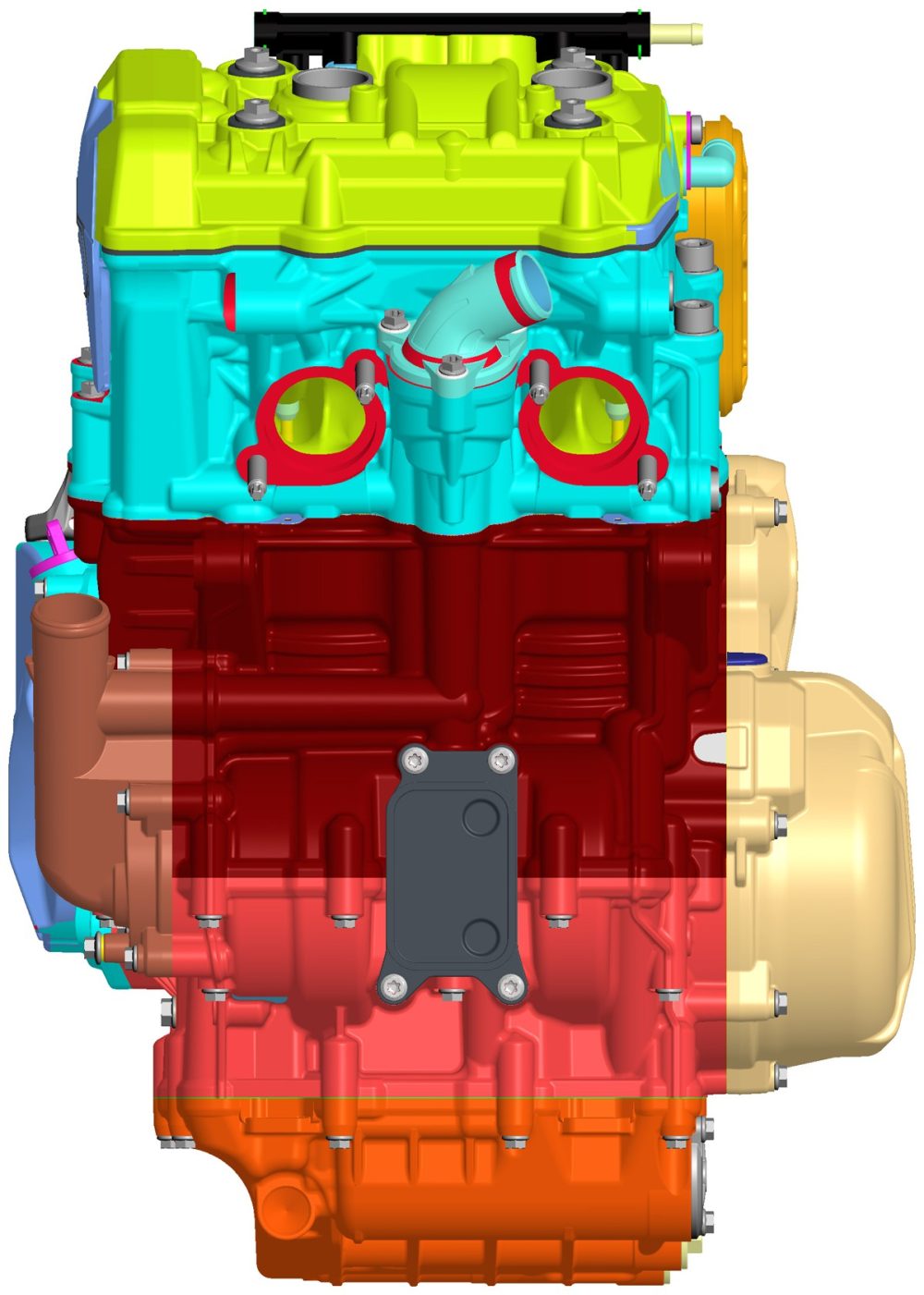 While the engine’s external appearance and layout are clearly inspired by the LC8c, the castings on the cylinders, cases and head aren’t 100% copies of the Austrian design. There’s a different layout of external bracing, for example. However, the bolt patterns appear to match the Austrian design. Chinese-made copies of existing engine designs aren’t new, of course; the parallel twin used in CFMoto’s 650cc models is clearly inspired by Kawasaki designs, for instance, and a host of Chinese bikes use 473cc parallel twins that mimic Honda’s CB500 unit. KTM’s LC8c has also previously provided the template for a design shown by Chinese firm Colove, which intends to use a very similar-looking engine in its forthcoming 800cc adventure bike. 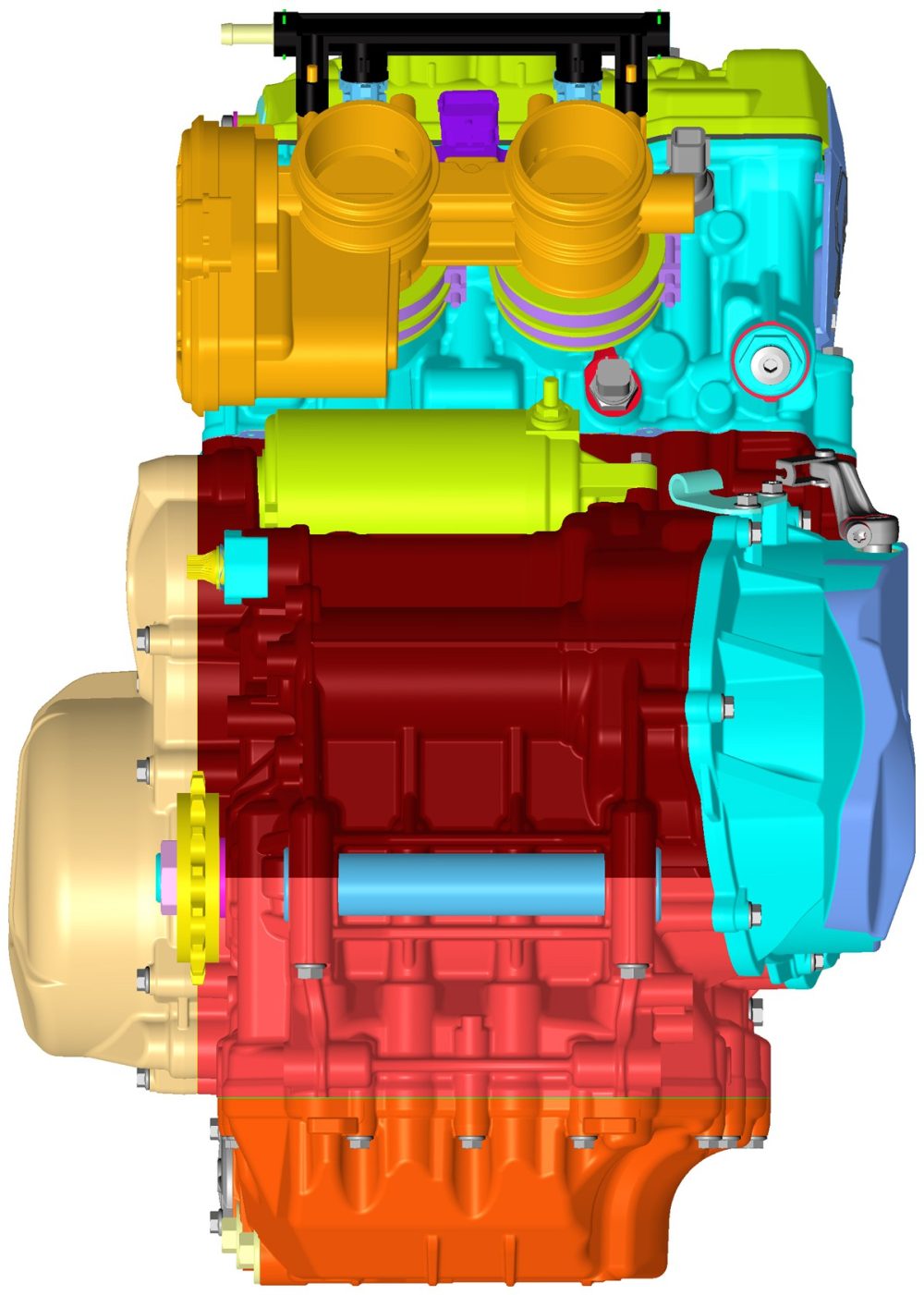 Whether the Benelli/Qianjiang engine is a licenced development of the original KTM unit or not is unknown, but it’s worth noting that Qianjiang’s Chinese-market QJMotor brand is entering the Moto3 series this year with rebranded KTM RC250GP bikes, suggesting there may be some formal connection between the companies. 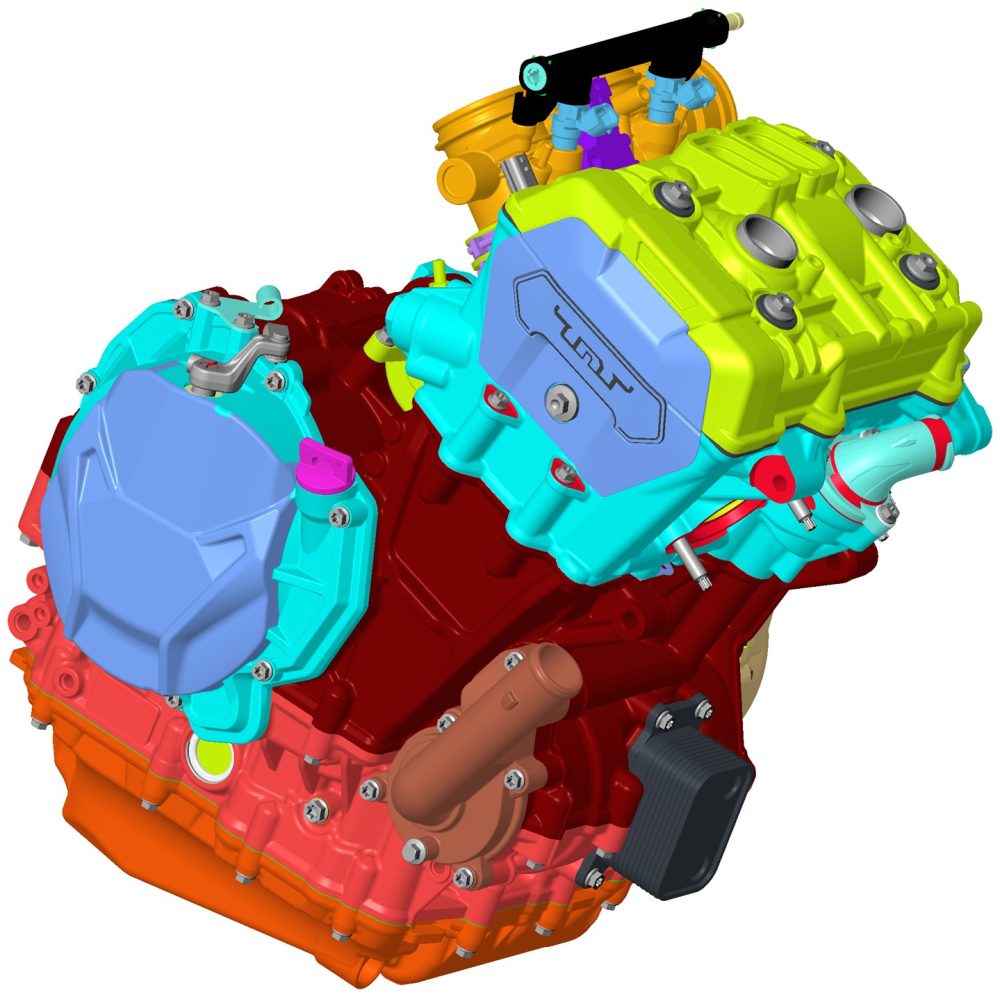