Over the past decade, it looks as though the supersport market has been largely forgotten by manufacturers. While they concentrate on adding electronic safety gizmos to tame their 1000cc flagship models, the bikes in the 600-700cc range have fallen sadly out of the limelight.

Just last year this lack of interest in mid-sized class saw rumours circulate. There was talk of canning supersport racing and replacing the category, relegating the mid-capacity class to the history books.

The Japanese had certainly lost interest. Yamaha’s YZF-R6 had not been majorly upgraded since 2006, when it gained ride-by-wire and a completely new engine. Then in 2008 a sharper-handling chassis was added. This base bike went on to dominate racetracks around the world, winning the World Supersport championship three times in that period. The R6 also had great success Down Under, accumulating many titles. In fact, it’s still the current champion, thanks to Troy Guenther’s success in last year’s ASBK series. With the wins still coming, maybe there was no need for an update.

But much to our relief, Yamaha has done U-turn and decided that the time is right for major revision of its mid-sized missile.

Before we get on to what’s new, there’s a fair bit that’s not, so best to get that out in the open. The frame, swingarm and engine remain the same as the old model and form the base of the 2017 version. I personally don’t have an issue with this philosophy, because the current bike is a very hard package to improve on. I know it’s exciting to read words like ‘new rods’, ‘lighter pistons’ and the like, but that’s not the case this time around.

What is the case though is that Yamaha put together a cutting-edge bike initially, that even by today’s standards sets the bar high. Its rev ceiling of 16,500rpm mated to a full titanium valve top end encased in magnesium covers still sounds futuristic. There is an Exup valve which is controlled by the ECU to increase torque while the ride-by-wire system is metering performance and the variable intake trumpet lengths move constantly. That type of tech would be at home on any new machine, and it has all been part of the R6 for the past 10 years. The frame and swingarm package remain the same too, but it was always one of the best in the business so changing that meant that there would be a bigger chance of going backward than forward. 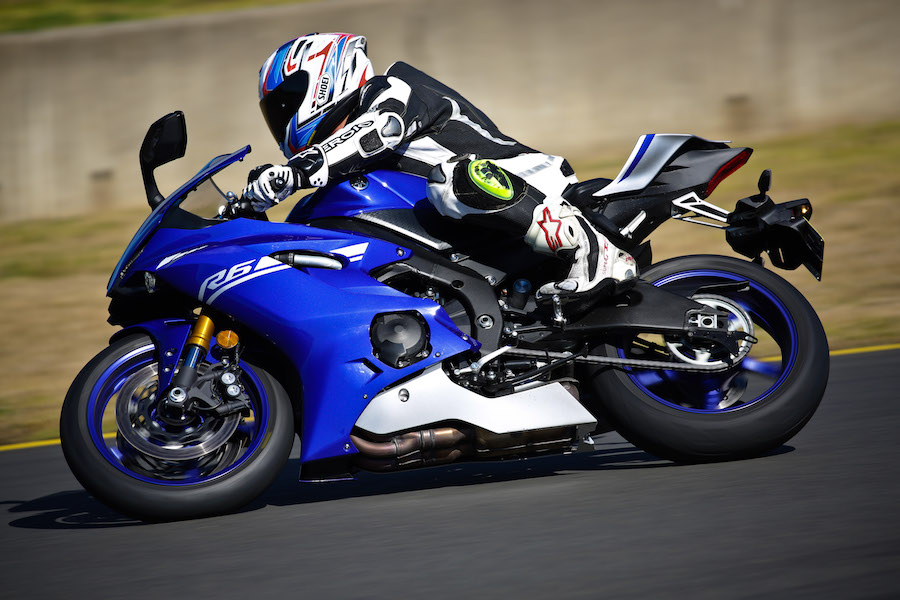 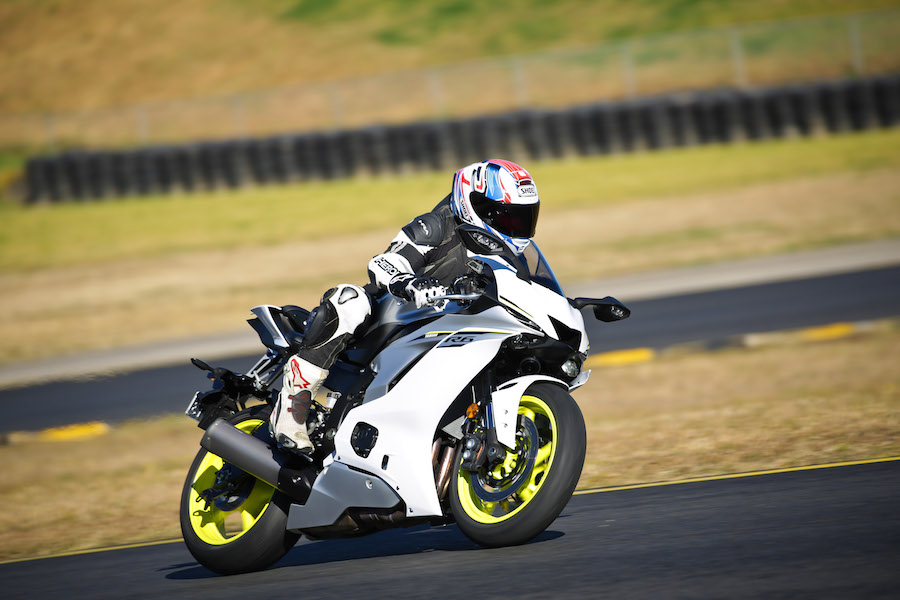