Riding a Harley is a larger-than-life experience. If there’s one thing I picked up from attending the Harley-Davidson 100th Aussie birthday celebrations, it’s the passion surrounding the brand, and there are not many manufacturers who can match it.

After a few thousand kilometres in the saddle on various bikes in the touring range, I also worked out they are pretty damn capable motorcycles. On the birthday ride from Brisbane to Sydney we switched bikes frequently, and the one constant was the powerplant – the new Milwaukee Eight.

The 1745cc displacement puts this bike well and truly in the heavyweight category, but it also represents a real shift for H-D. The big claims were that power and smoothness were increased with four valves per cylinder, while vibration had been reduced. Critics predicted that this would destroy the character of Harley engines, and you can understand why – most of us associate Harley with that raw, mechanical feeling. But to really get an understanding of the strengths of these bikes you need to be out on the open road, and from the first roll-on of the throttle the Road Glide impresses.

It’s not just the engine, it’s the overall balance of the bike. Like the Street Glide, the weight bias feels neutral, which makes for a totally confident feeling tipping into corners – I think the ease of handling would surprise many people. And at highway speeds the screen worked really well. 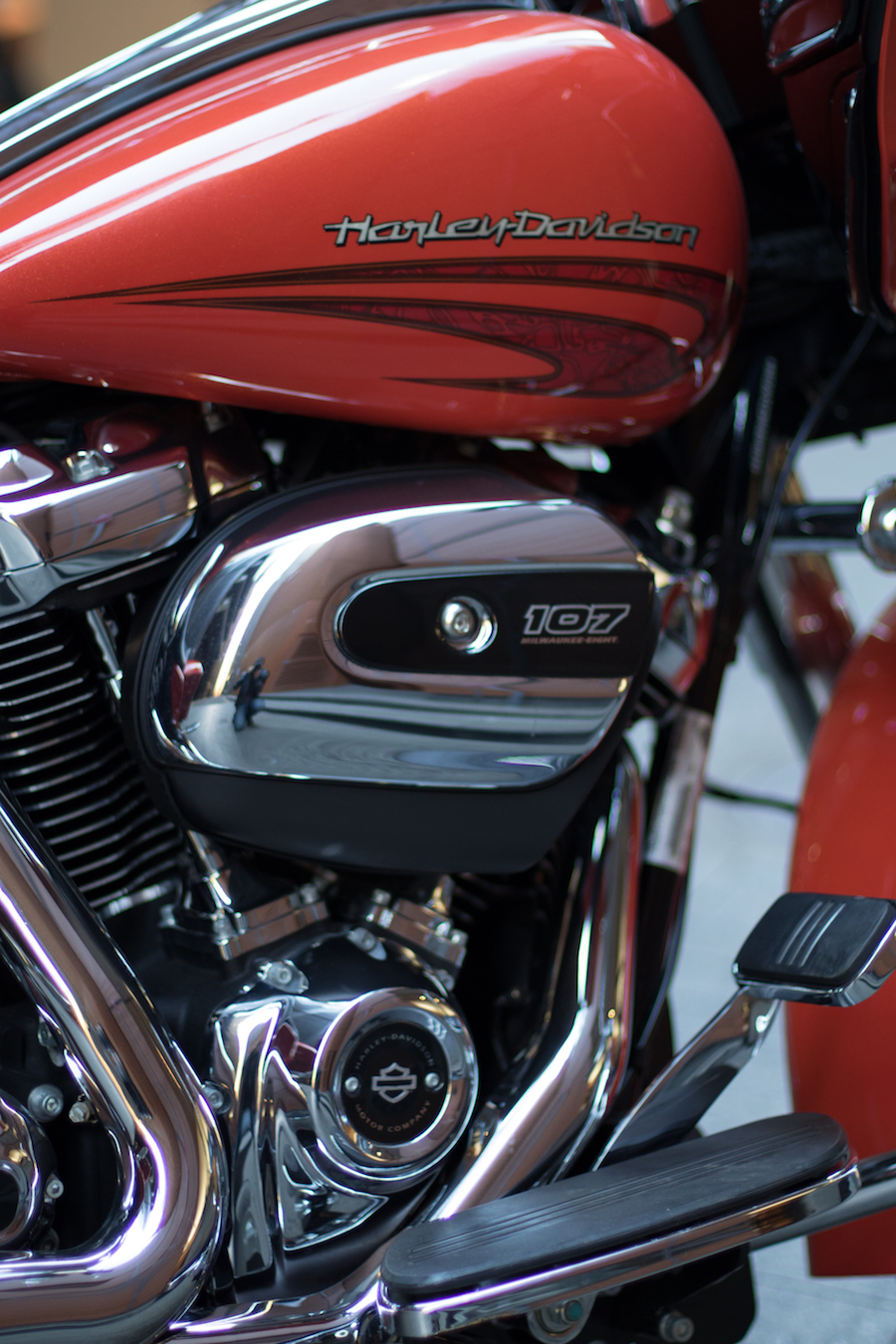 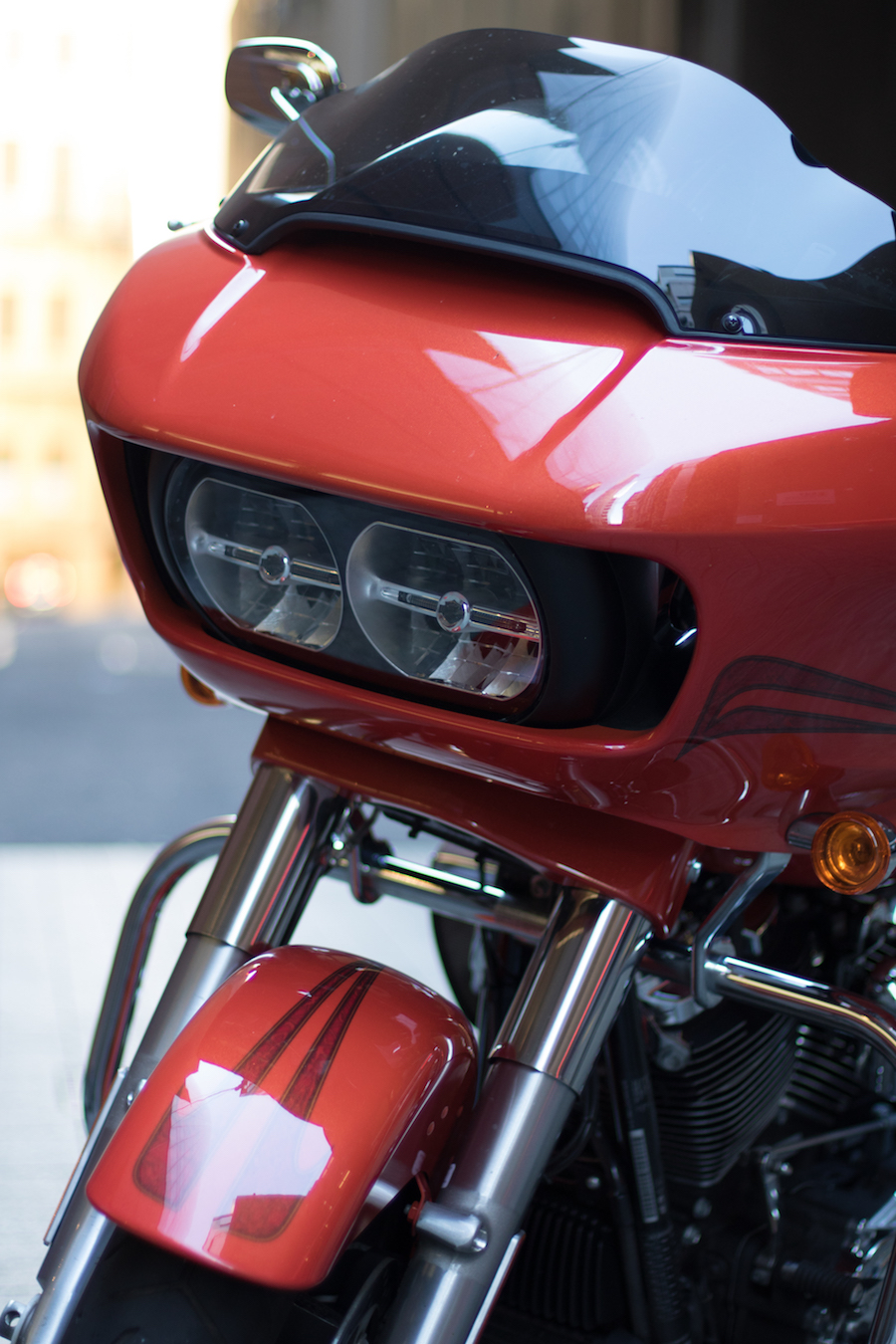 The feeling from the massive Showa 49mm forks is superb, again inspiring confidence and able to soak up the bumps on a long trip. So while the engine is a real standout, it is complemented incredibly well by the running gear. The reach to the ’bars is comfortable and the ergonomics and seat let you ride all day, as you’d expect from a Harley.

When I had a pillion on the back the feedback was equally positive, with comments like ‘this feels like a rolling armchair’. Occasionally I would pick up some jarring in the rear, but I’m putting it down mostly to ordinary roads.

Under brakes there was very strong feel from the 300mm discs at the front and rear. All cruisers are big, heavy units and the braking package on the Road Glide is way above par, mainly due to the performance at the front with a nice initial bite.

For a company that focuses on the classic cruiser look, Harley has a habit of staying ahead of the technology curve. Sometimes it’s the simple things in life, like having the stereo blasting your own music stream while you cruise down the highway. The Bluetooth pairing is easy to use and can be set up in less than a minute. There is also the now standard fare of ABS, linked braking and cruise control – the latter being very user-friendly with all the controls at your fingertips. In fact, almost everything can be easily controlled via the handlebars or from the big touchscreen display on the dash (which even works with gloves on). 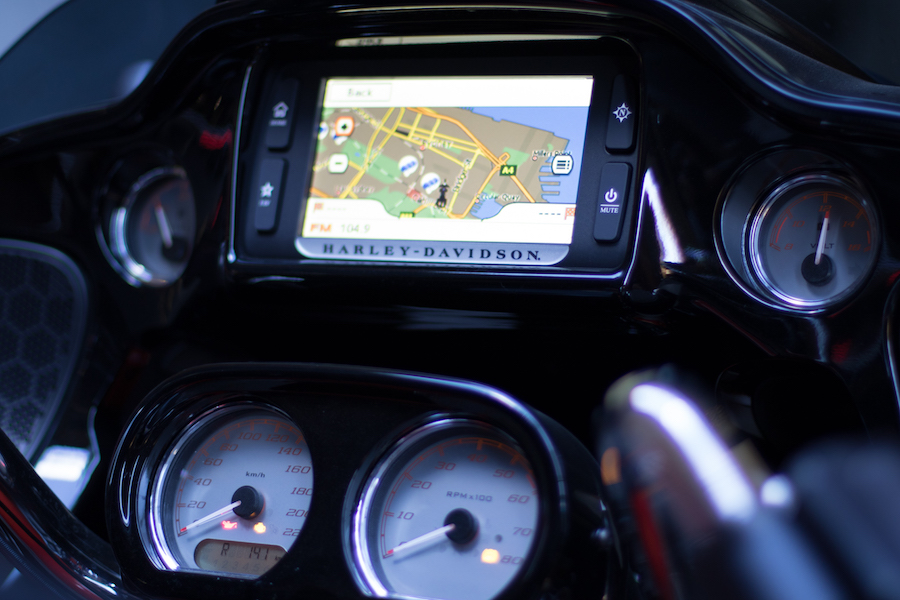 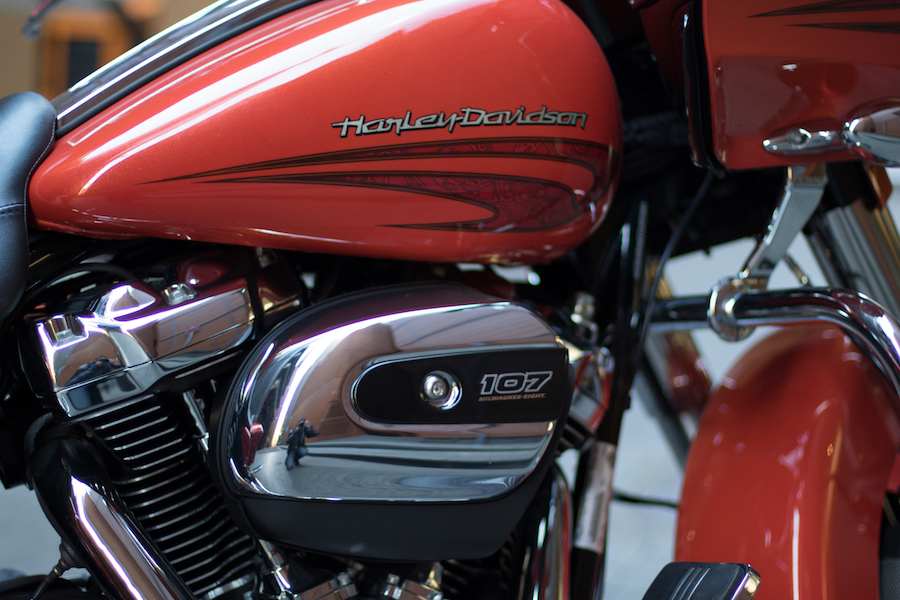 The Special has the navigation system installed, and I found it just as easy as using Google Maps, and very accurate. It’s much more convenient and safer having the navigation system built in, putting an end to the relatively clumsy method of navigating by phone. If you do need to charge your phone, there’s a USB power outlet and a little compartment to store it.

I found it took a little while to get used to the positioning of the other instrumentation. With the big screen taking your focus, it seems as though information such as speed and indicator lights are very spread out on the dash. After a while I became accustomed to it, though.

Having sampled a few different cruiser tourers this year, including several of the Indian range, I was really keen to see how the new Harley range would stack up. My conclusion is that it is simply an awesome time to be in the cruiser market with so many well-engineered options available, pushing each other to higher standards. Within the Harley touring range alone you are completely spoiled for choice and the quality, innovation and commitment to riders stands out. Have fun choosing!