The BMW R nineT Racer line-up is based around classic, purist design concepts: the flowing curves of the front cowl, spoked wheels, the sporty riding position and, of course, the BMW Motorsport paint scheme.

All the bikes in the big Bavarian’s heritage range are eye-catchers, and I’m not totally sure which one I like best, but the Racer is the one that most screams out for attention.

Before the R nineT hit the showrooms, custom kingpin Roland Sands pointed the way with the Concept Ninety. At the time, Ola Stenegard, Head of BMW Motorrad Vehicle Design said: “The aim of the BMW Concept Ninety is to show how reduced, pure and emotional a BMW motorcycle can be.” Luckily for us, the company took that idea into production.

Common to all R nineT models is the 1170cc boxer or flat-twin engine. When you kick it into life and blip the throttle it gives that familiar side-to-side rock, ready to make a claimed 81kW.

When I swing a leg over the reach to the handlebars confirms first impressions – it’s extreme, more so than your average sportsbike. But I don’t care, I want to ride this bike. I realise that I am sitting on an example of just why retro is so cool in the world of design right now. Touches like the bikini fairing, polished exhaust header pipes and single-sided swingarm all add to the 70s character. But no matter how good a bike looks, it doesn’t mean much if the ride doesn’t stack up.

My first trip was through the Blue Mountains west of Sydney taking in some scenic, twisty sections with a little highway squirt for good measure. First impressions are of a bike that is super smooth – the gear changes, shaft drive, and the flowing lines of the bodywork adding up to a superb feeling. The 81kW seems a pretty good match for the type of riding the Racer is designed for, and with 116Nm of torque the boxer has plenty of spark off the line.

As I started hooking into some bends the real experience hit. The Racer is a rider’s bike that appreciates deliberate input and responds with perfect tracking. That is the key through the corners, and whether you’re going fast or slow, the bike tracks brilliantly. The Racer isn’t what I would call ‘flickable’, but it has a very solid, confident feeling that I’d rate as good as many high-end sportsbikes. Bear in mind this is all from a 43mm non-adjustable front fork – not bad. The gearbox is also light and precise, paired with BMW’s famed shaft drive.

Even though some compromises have been made in the specification of components to keep the price down, the bike as a whole feels like a complete package, and braking in particular is a feature. This is interesting because the brakes on the Racer are axially-mounted four-piston Brembos, compared to the higher-spec monobloc radially mounted units on the other R nineTs. Coupled with 320mm front discs, they provided stability and power with just the right amount of bite in all conditions I encountered. 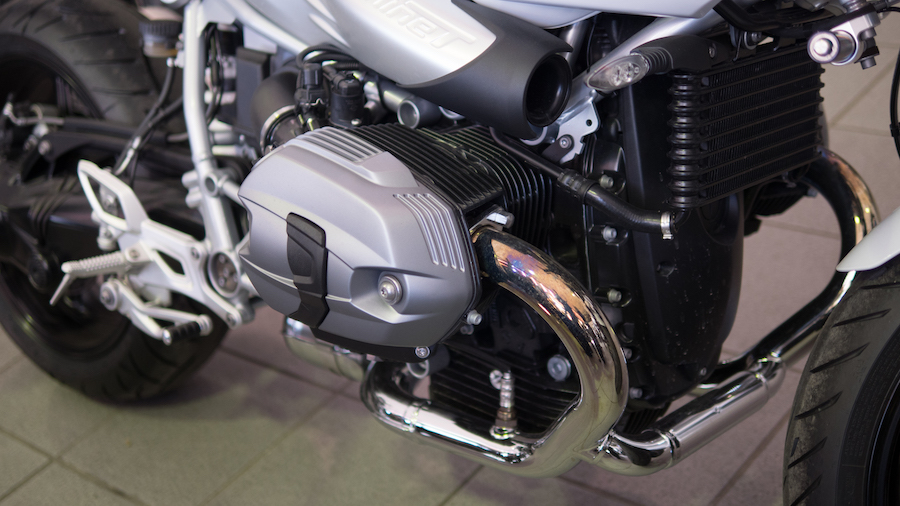 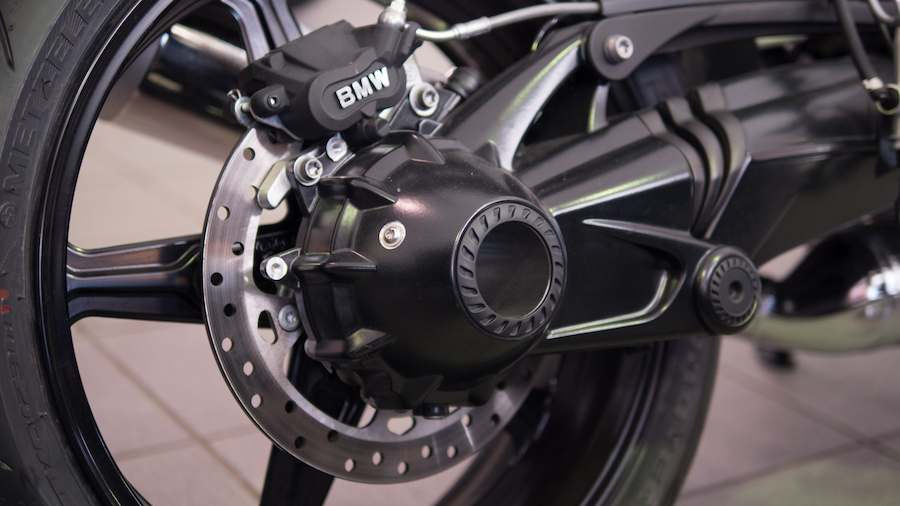 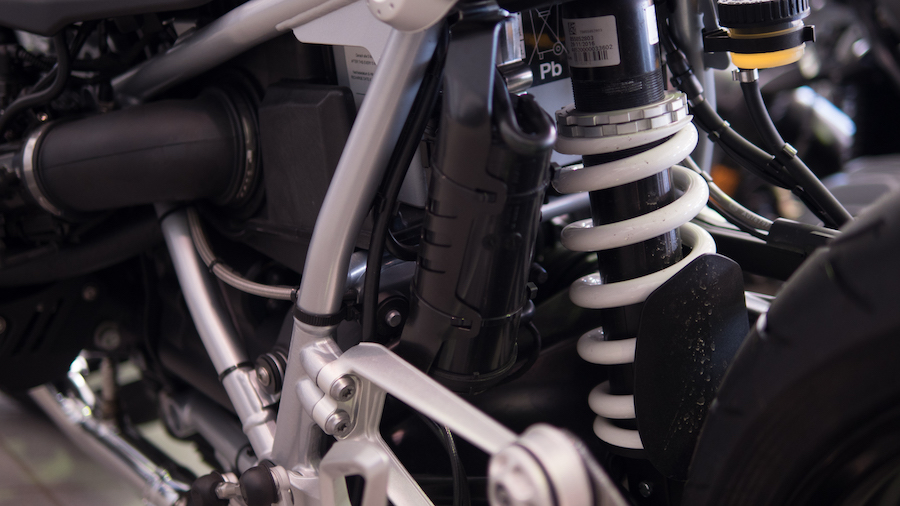 In the electronics department, BMW’s Automatic Stability Control is available as an option while ABS is standard. As for the other options on the Racer, you can swap out the standard steel fuel tank for aluminium, the cast wheels for spoked units, and go for an USD fork instead of a conventional one. An HP exhaust is available to give that boxer engine more bite and an alternative subframe is available if you want to carry a pillion.

Obviously, the Racer offers up a totally different riding position to the rest of the R nineT range. The reach to the ’bars means you don’t get much relief on a longer ride and it does cut down on the stint I could handle. It’s no big surprise, and a price I’d be willing to pay for a bike this cool. Speaking of price, the Racer costs $20,250 (+ ORC), including the styling pack of chrome exhaust, heated grips, led indicators and traction control.

If you’re like me and are a fan of the retro look, just eyeing one off in the street should be enough to convince you it’s worth a test ride.