WE all know RE stands for Royal Enfield, and on this latest model it also stands for Redditch Edition, but as far as I’m concerned – after spending three days testing the bike in some very unlikely territory – it could stand for ‘ride everywhere’ as well. While I’d heard stories about Royal Enfields trekking around the subcontinent, I never really believed they
could be used for a go-anywhere adventure. That was, until, I tried it for myself.

But first, what’s the deal with the Redditch name? Well, while this bike is little more than a regular 350 Classic in fancy dress, that badge has some significance, as I discovered when I checked out the company’s official history. Redditch is the name of the small town 25km south of Birmingham where Royal Enfield started producing pushbikes way back in the 1890s. When the company began fitting bikes with engines in 1901, the town earned a permanent place in British motorcycling history. Production at the old Hewell Road factory ceased in 1967, but the Redditch name remains intrinsic to Royal Enfield’s heritage.

The Enfield Redditch monogram first adorned the tank of the 125cc Royal Baby two-stroke motorcycle of 1939, which was employed by the British armed forces in WW2. In 2008 the Redditch mark adorned the Royal Enfield Classic, and now the original RE insignia has been revived on the Classic 350 and available in three Redditch-specific colours. As you would have read last issue, a group of AMCN hacks and some of Australia’s best motorcycle racers ventured into the Victorian High Country for our annual adventure test. I tagged along on the RE Classic 350 Redditch.

We were going to bring a more suitable bike for scouting photo locations and other logistical tasks – until our illustrious leader decided it would be a giggle to whack Daz on the Enfield. But I gotta tell you, this little bugger went everywhere and did not miss a beat. No knobby tyres, no traction control, no ABS – no worries.

I gave the ‘Radish’, as it became affectionately known, a proper hiding and she just kept coming back for more. It’s not that heavy at 187kg (with the 13.5L tank 90 per cent full) and is so user-friendly you just start her up and then point and shoot. The clutch is light, it slips into gear smoothly, twist the throttle and away you go. It’s no rocketship (14.8kW from the standard Classic 350 single), but that wasn’t the design brief.

What I love about this bike is that it not only moves you forward but transports you back in time to an era when life was not the frenzied rat-race it is today. As I rode around Stump Hill, the amazing property near Mansfield that was the setting for our test, I could feel the stress of daily office life evaporate from my body. The only worry I had was keeping the little RE upright for the remainder of our trip and getting it back to Horror HQ in one piece. But no matter what I threw at the 350, it took it in its stride and delivered – creek crossings, muddy tracks and wet grassy paddocks full of rocks and sheep shit. I’d stand up on the ’pegs, grip the tank with my knees, (sometimes close my eyes), and hope for the best, but we always made it through unscathed. Sitting down, the combination of the retro-style sprung seat and basic suspension was surprisingly comfortable on uneven terrain. So Dobes might have thought he was testing my dedication by giving me the Redditch, but really he did me a favour. I was one of the very few who didn’t put a bike down on the trip and my weary ‘just became a grandad’ bones were not barking as badly as I’d anticipated.

In no way am I suggesting the Redditch 350 be anywhere near the top of your list if you’re in the market for an adventure bike, but next time you read about a Royal Enfield road trip that includes some off-road detours, don’t laugh. There’s more to this classic, user-friendly runabout than meets the eye. 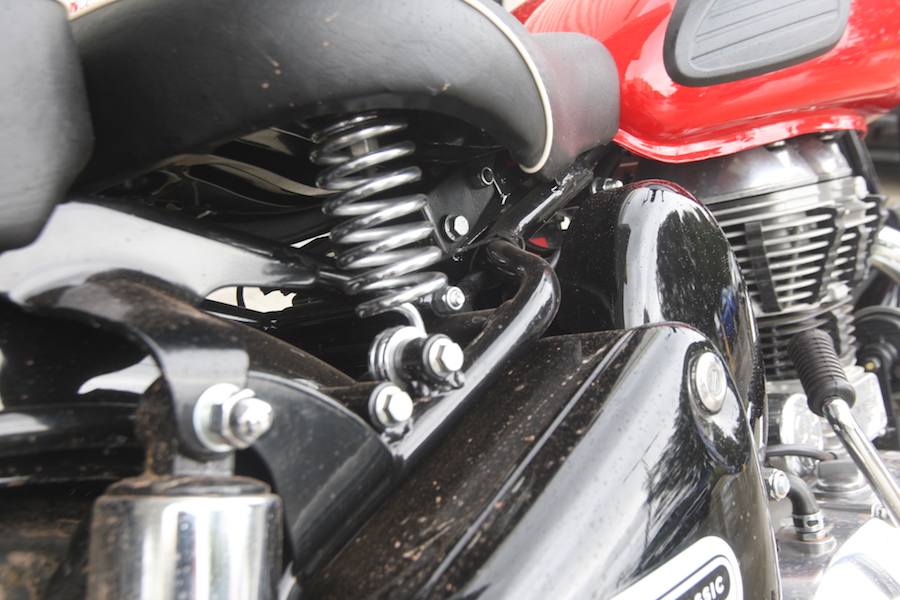 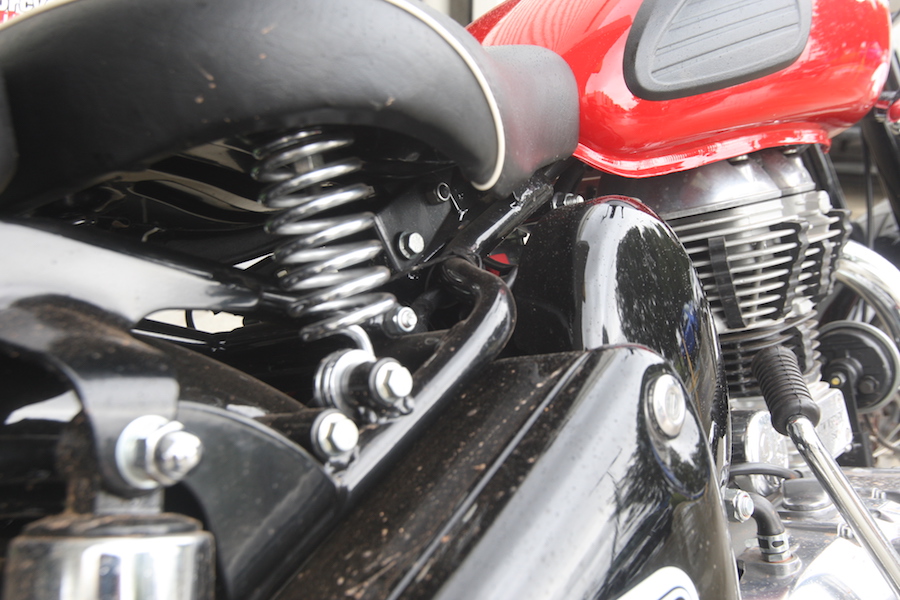 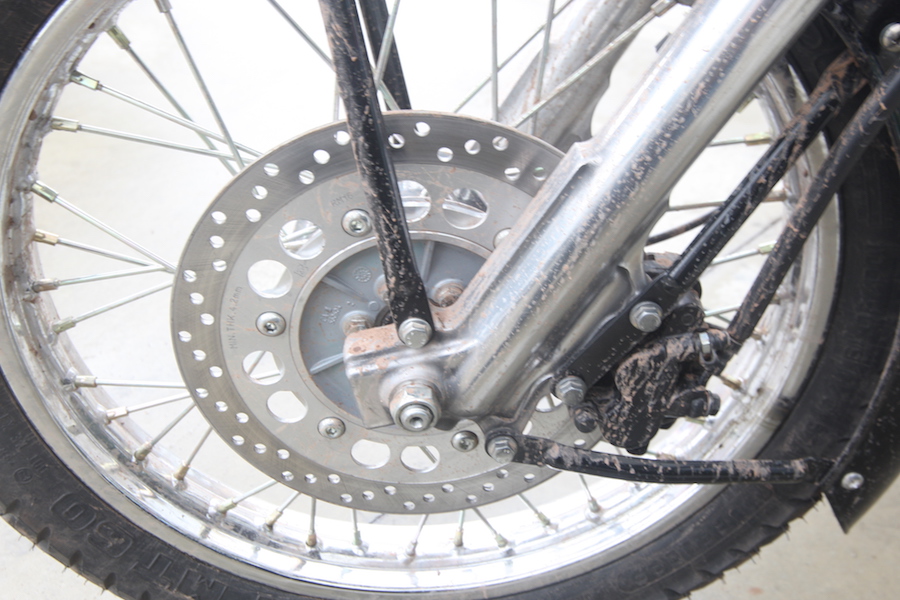 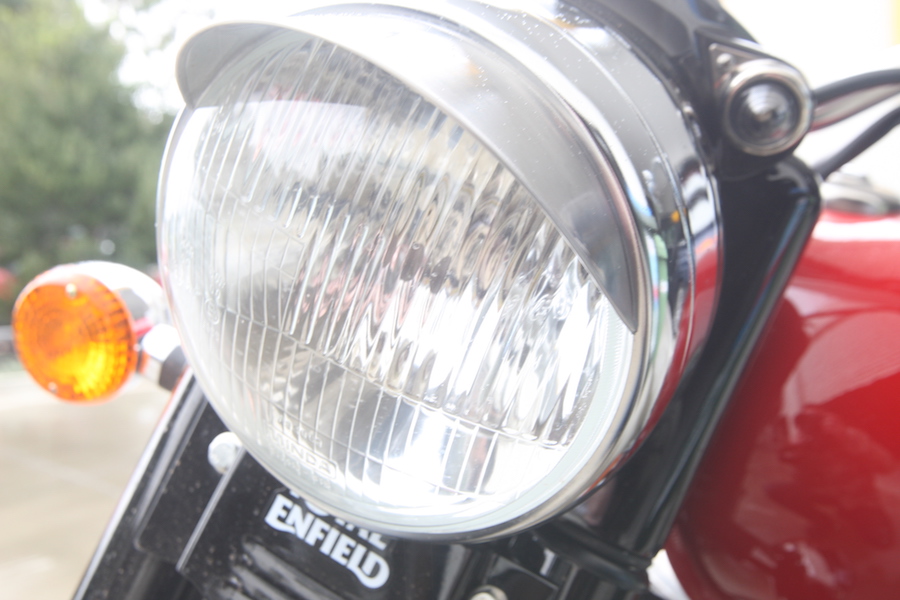 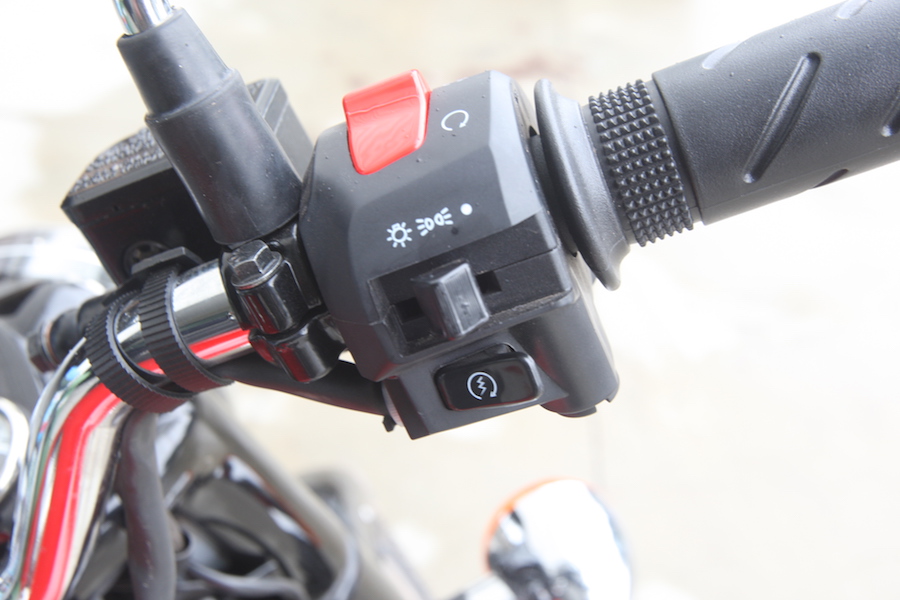 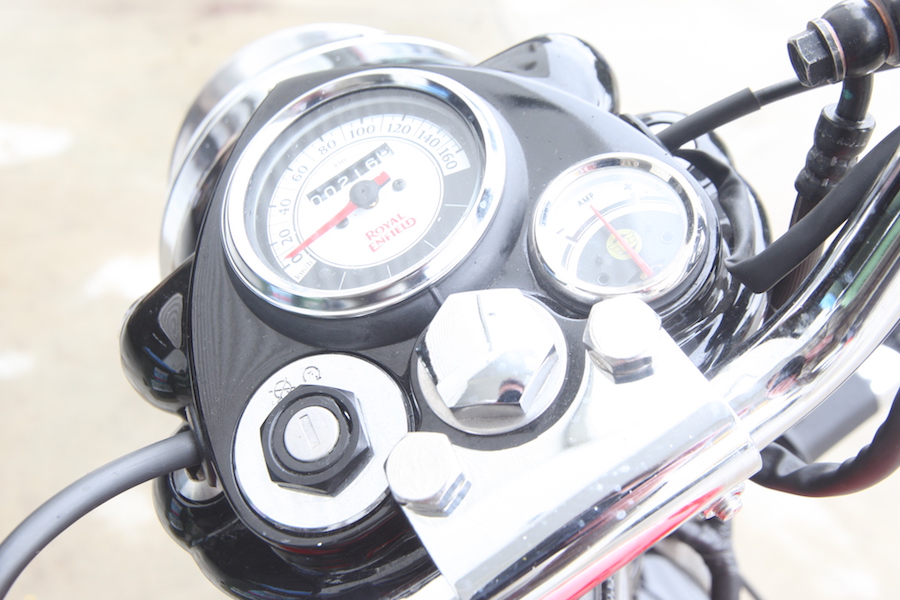