How good is this little Yamaha YZF-R7 for a Christmas present?! Thanks, Santa [Yamaha]! This is our latest long-term testbike and Pete Vorst got to rub out the chicken strips at Sydney Motorsport Park on its very first run. 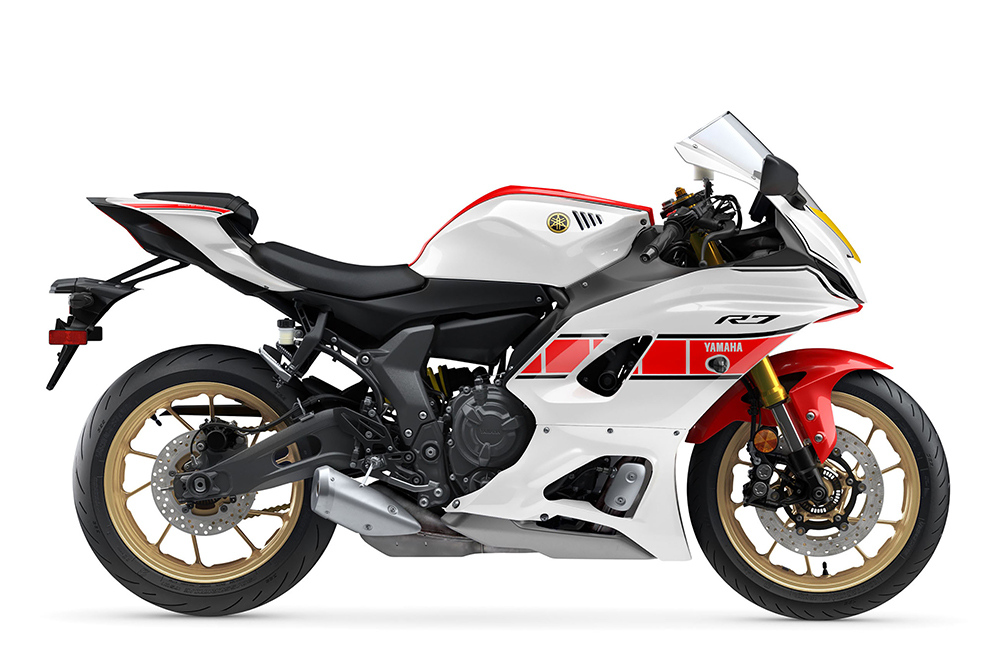 We’ve been hanging out to ride the new Yamaha YZF-R7 in Australia ever since our European correspondent Adam Child told us how good it was late last year (you can read Adam’s review here) after fanging it on road and on track in southern Spain. As you can see from the photos, our new long-termer has been optioned with the fabulous Yamaha 60th Anniversary colour scheme, boasting a yellow number plate up front, anniversary badge, red front guard, gold wheels and speed-block paintwork. 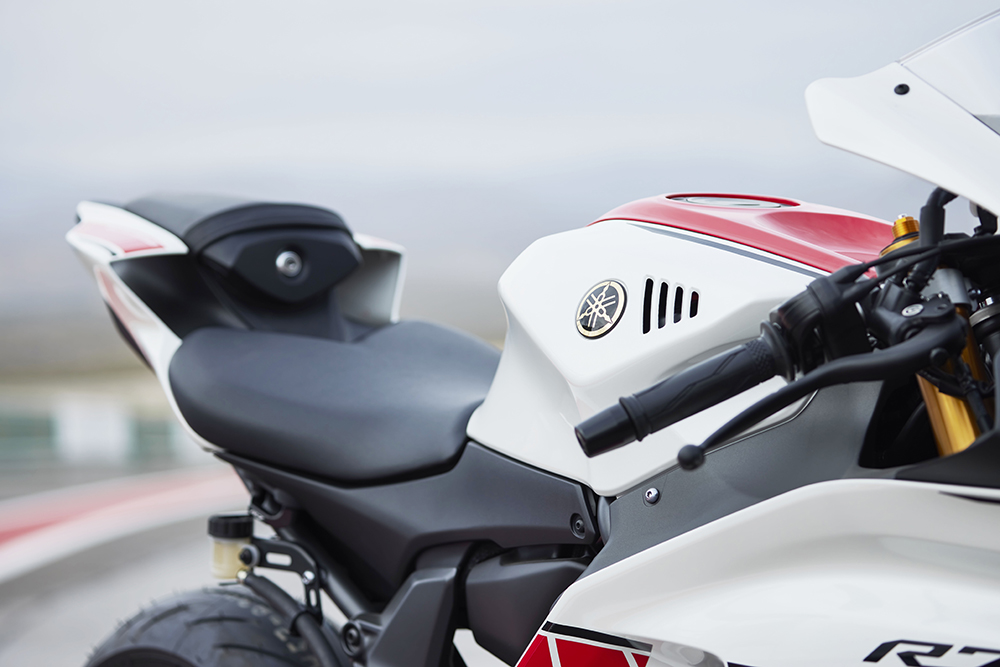 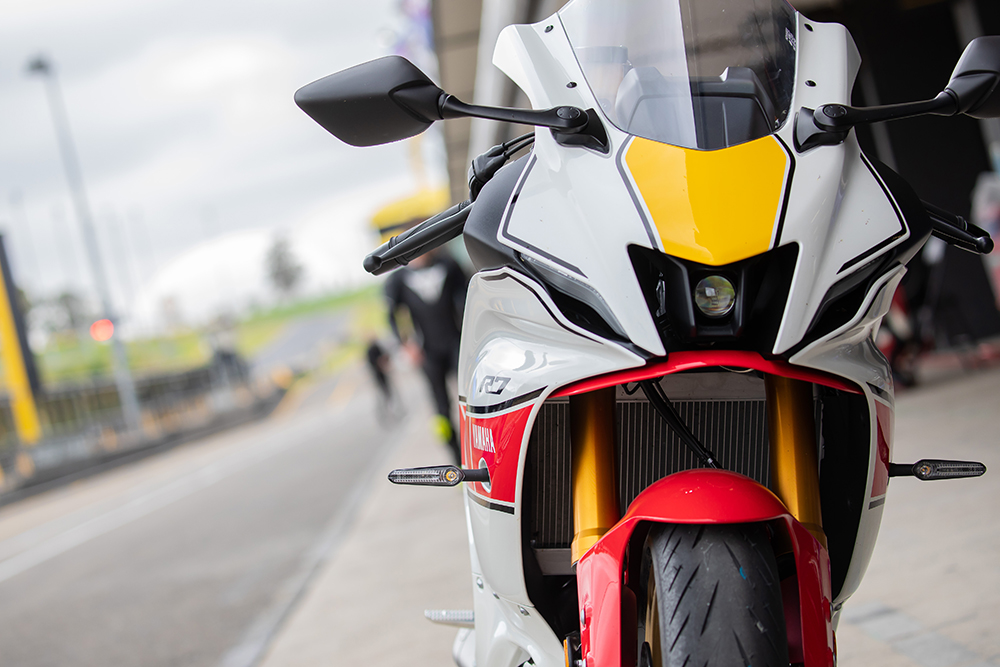 Starting at $15,049 ride away (+$600 for the trick colour scheme), the R7 represents excellent value for money, and Yamaha has achieved this by keeping things simple. There’s no up-and-down quickshifter and no fancy lean-sensitive electronics here, but they’re not necessary thanks to the combination of a compliant chassis and the modest peak power output. 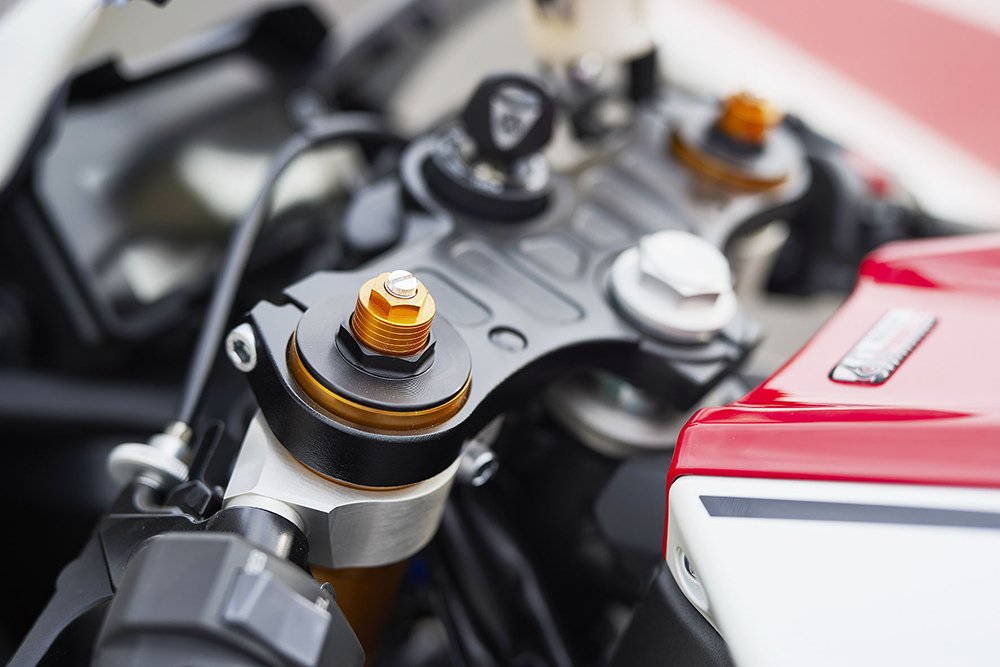 The R7 weighs in at a lithe 188kg wet, making it easy to throw around on road or on track. The fork is fully adjustable while the monoshock rear-end is adjustable for preload and rebound damping, and with plenty of travel (130mm front and rear), the suspension is ideally suited to real-world conditions. This is no track-only razor sharp supersport machine, but a bike on which you can still go hard over typical country roads without fear of banging and crashing over bumps and through potholes. 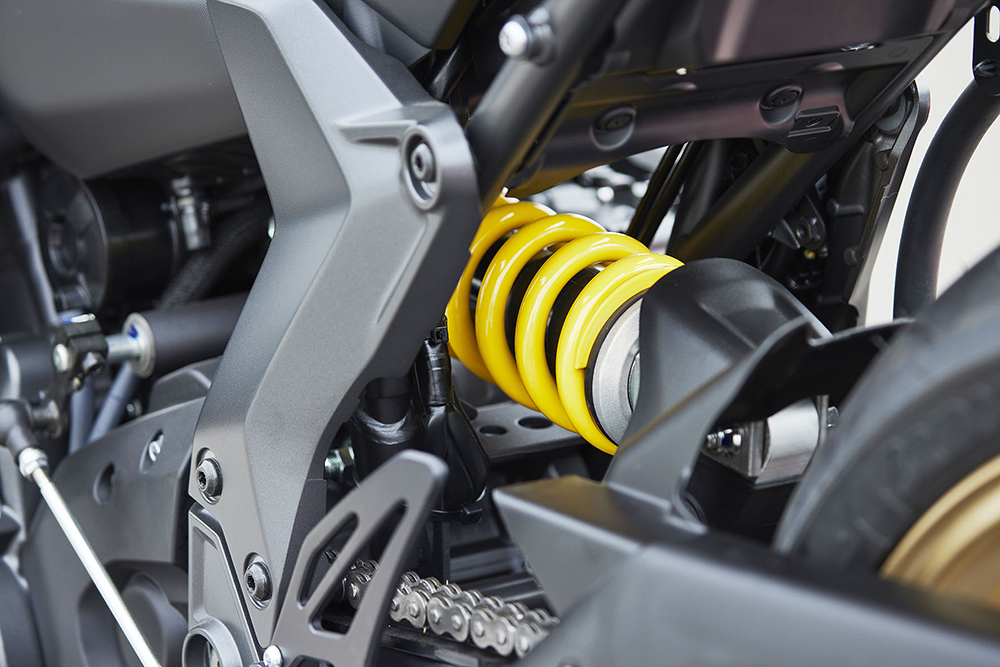 The braking package consists of a Brembo master cylinder upfront with radial-mounted four-piston ADVICS calipers gripping 298mm discs, and a twin-piston Nissin caliper gripping a 245mm disc at the rear. It might not be top-shelf kit but there’s good feel and plenty enough power for the performance on offer. 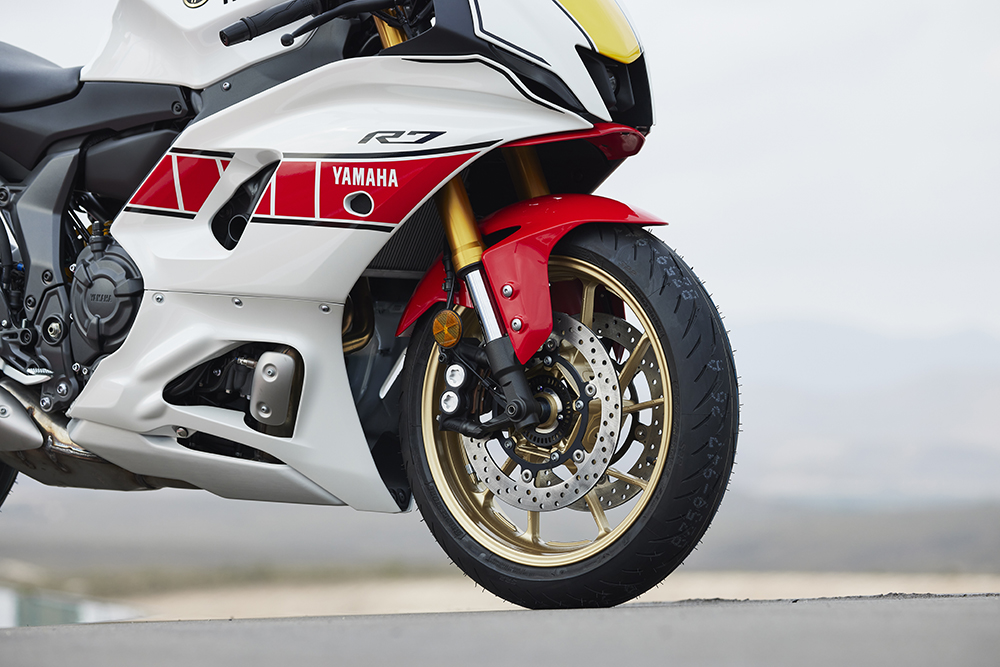 So what are we going to do with our new YZF-R7? First up, I need to get out to Pete’s and grab the keys off him to sample it for myself. The plan is to ride as a daily commuter, scratch on it, tour on it and maybe do a few more ridedays on it. Then, later on in the year, we’ll aim to throw it into a comparison test with some of its competitors, the most obvious of which is the higher tech but more expensive Aprilia RS660. 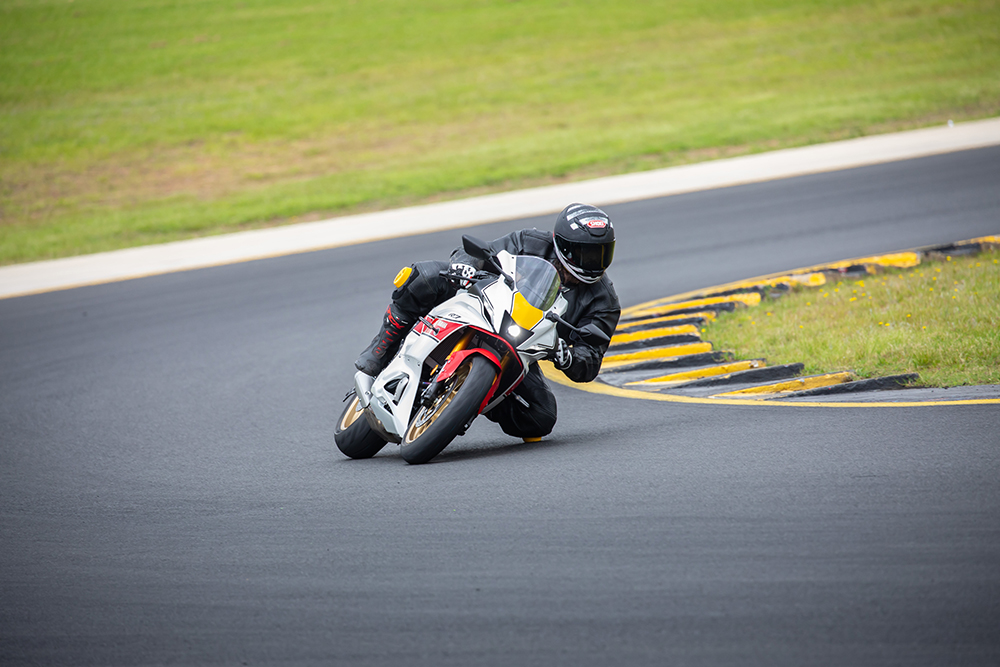 We might even throw a few accessories at the R7, such as the optional Quick Shift System (upshifts only), which is a bargain at $160. We’ll also throw the keys around and let as many of our testers ride the R7 as we can. Keep an eye out for regular updates as well as a full track-test report from Pete in Vol 71 No 15 which is on sale now. 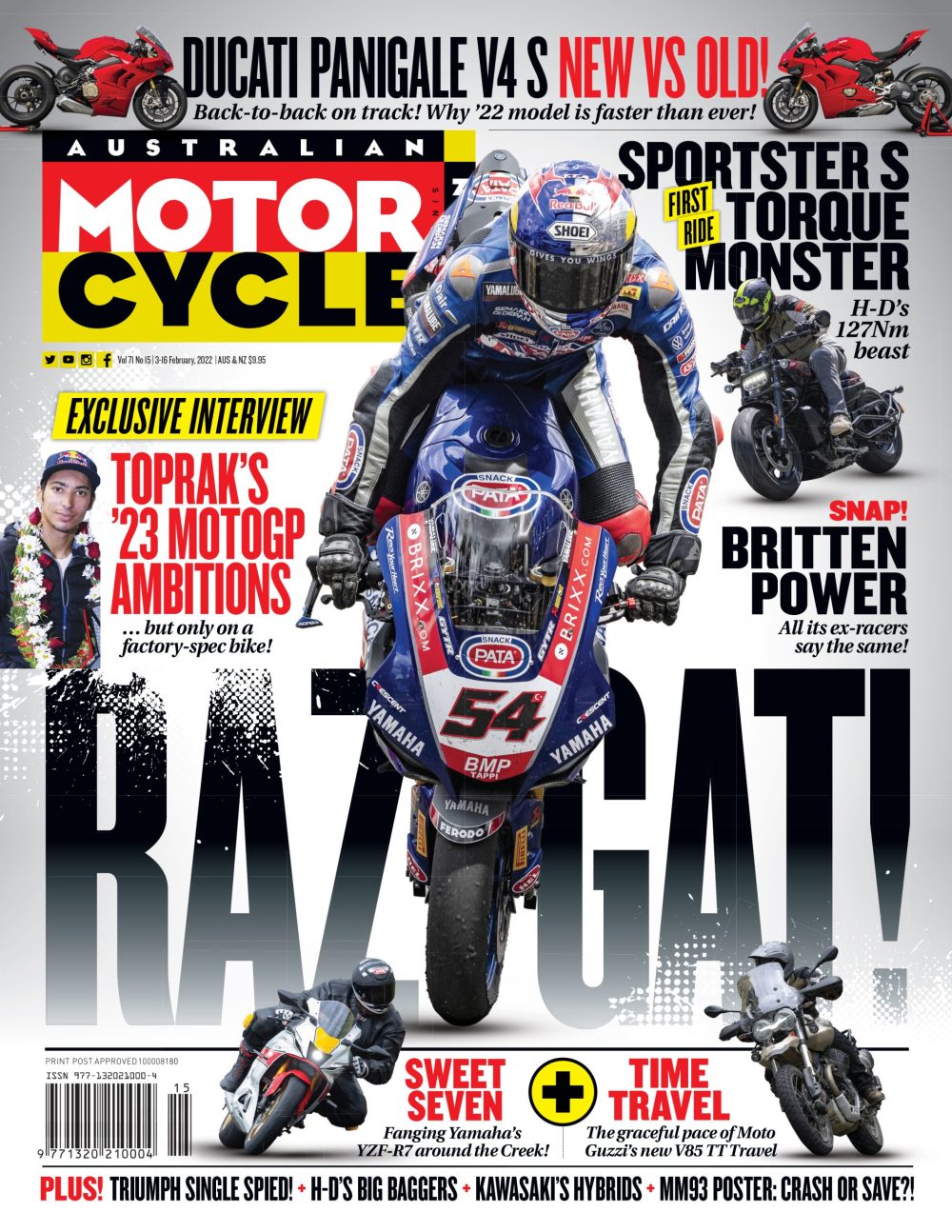