Crowd favourite Valentino Rossi’s traditional special Mugello helmet was relatively restrained this year. Eschewing previous essays into narrative cartoons or ironic caricatures, Rossi’s special lid was based on the Italian red-white-and-green “Tricolore” flag. Rather than slabs of colour, however, the three colours were rendered in softly-striped brushstrokes.

Previous Mugello iterations have included a rendition of his terrified face on the front of the helmet, indicating the tension of braking from around 200mph at the end of the straight, as well as cartoons of his personal heroes. 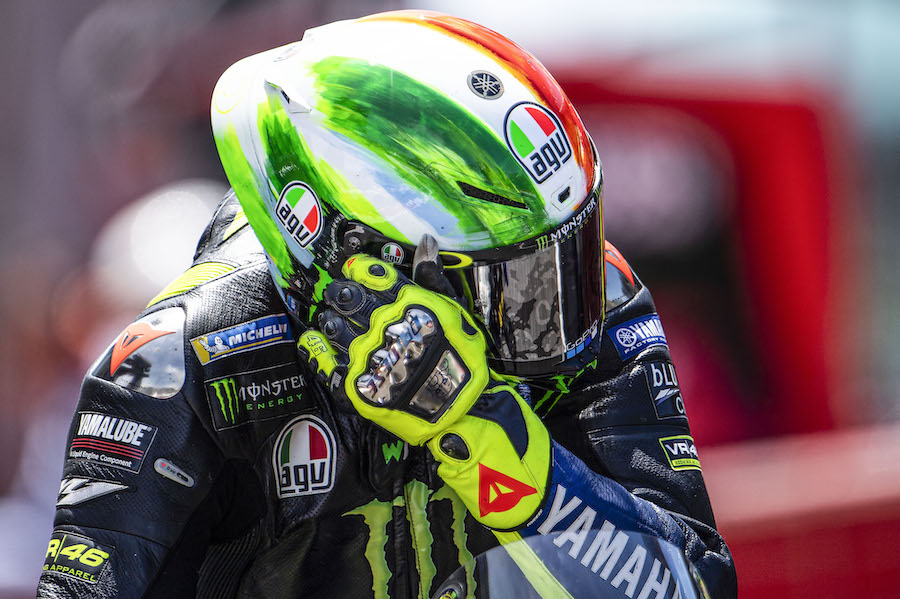 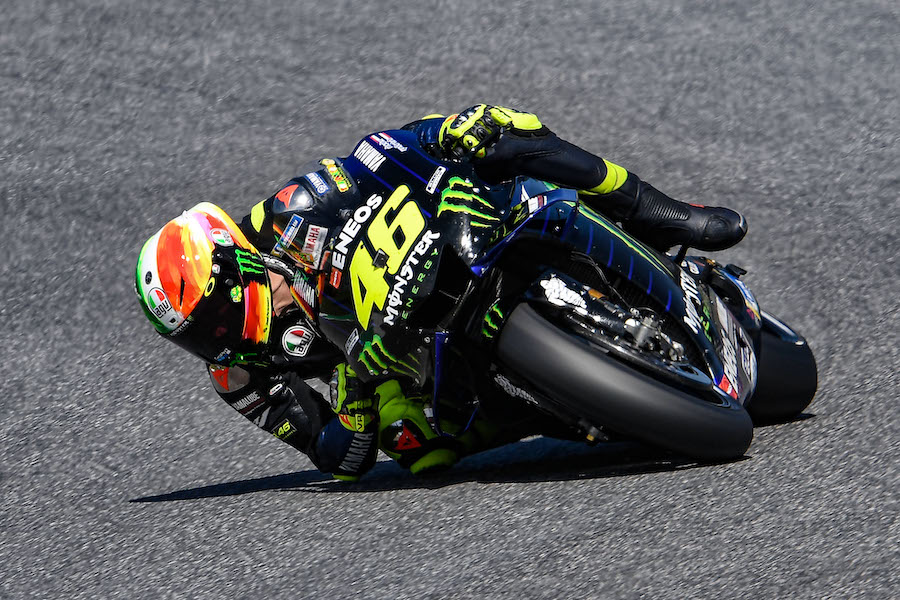