Today, nine-time World Champion and Grand Prix racing legend Valentino Rossi has announced his retirement as a MotoGP rider after the end of the 2021 season. Yamaha Motor Co., Ltd. and Yamaha Motor Racing want to thank Rossi for the – still ongoing – 16 fantastic years of partnership. They plan to maintain a close working relationship with the Italian after 2021 through various collaborations including the VR46 Riders Academy and the ’Yamaha VR46 Master Camp‘ training and racing programmes. 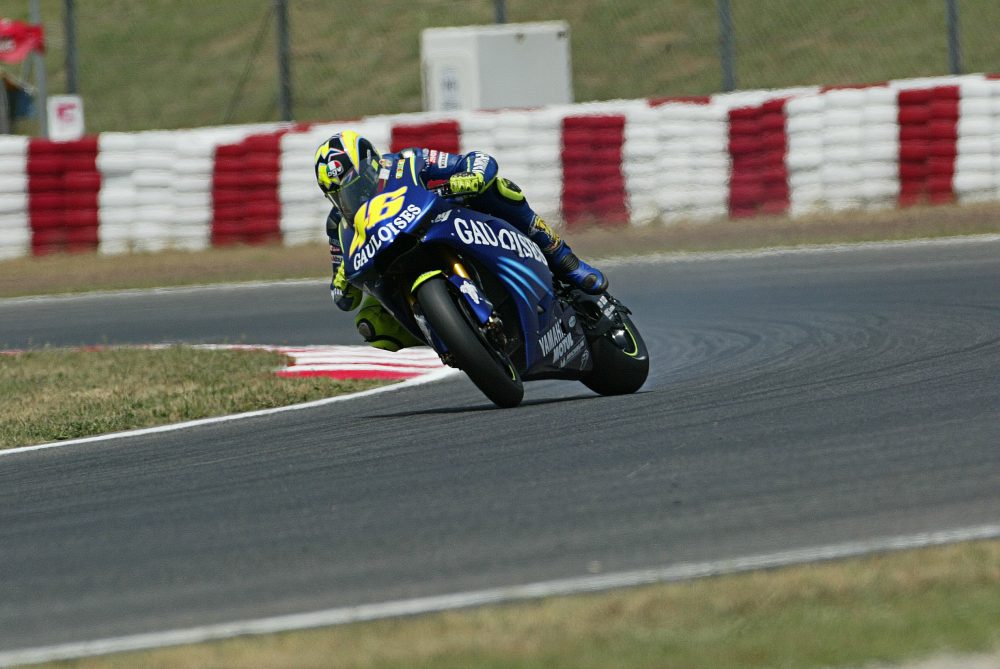 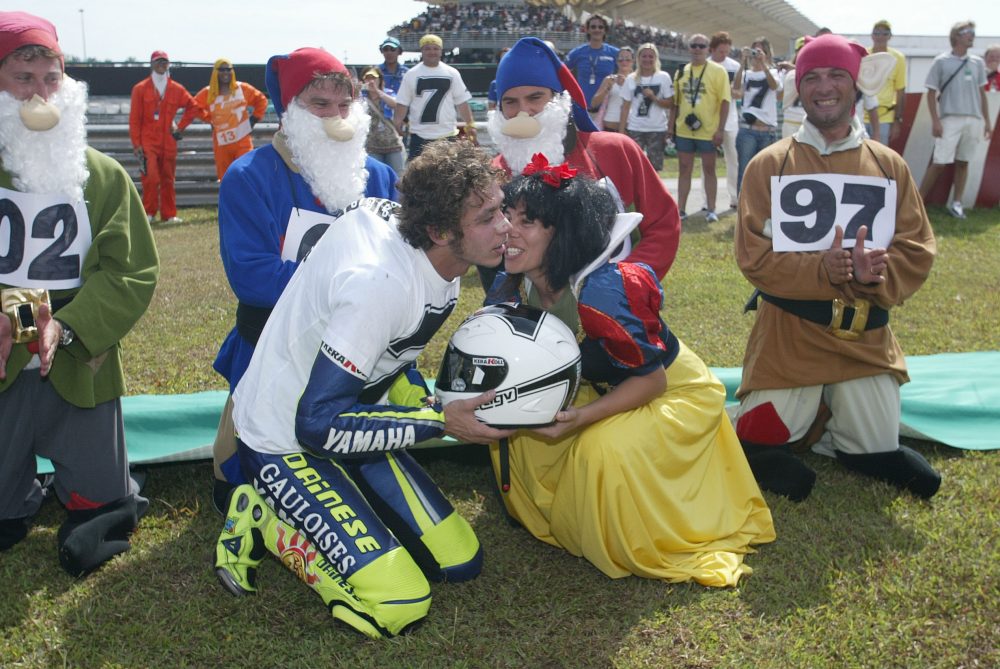 Yamaha and Rossi‘s story started with that iconic victory at Valentino‘s first GP race for Yamaha in South Africa in 2004. From there on in the partnership got to experience lots of thrilling racing action, many great moments in the paddock and off the track, securing to date 142 podiums, celebrating 56 GP victories, and winning four MotoGP World Championship Titles, in 2004, 2005, 2008, and 2009. 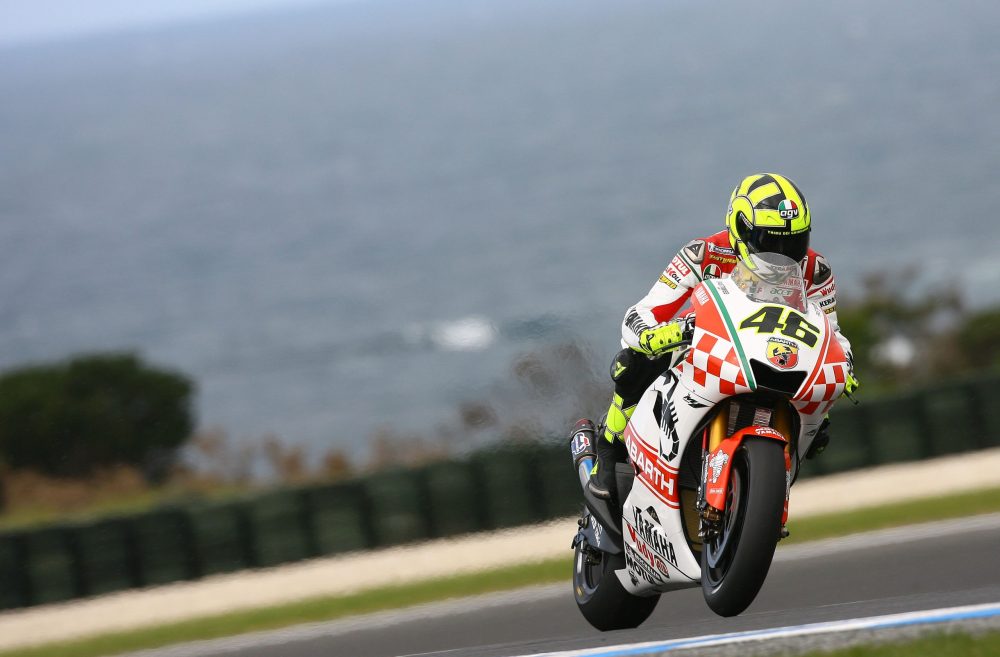 The Doctor‘s astounding achievements, unparalleled passion for racing, and unrivalled charisma make up a huge part of Yamaha‘s and MotoGP‘s heritage, earning the Italian, who is recognised the world over, the epithet “GOAT” (Greatest of All Time). 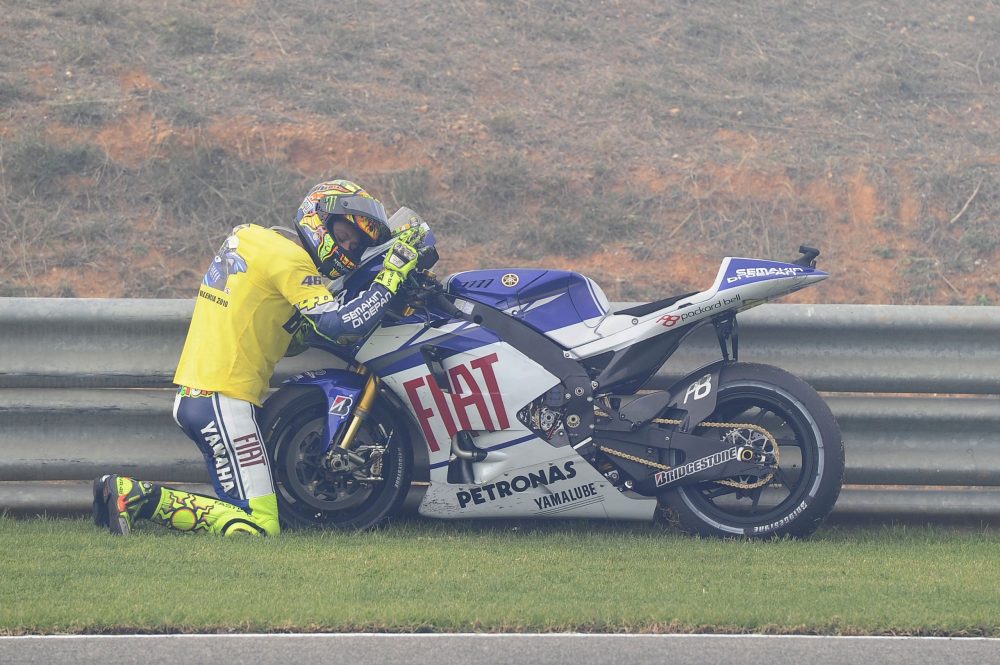 It will be the end of an epic MotoGP era when the number 46 won‘t be featuring in the MotoGP line-up in 2022, as racing fans the world over will agree. But Yamaha Motor Co., Ltd. and Yamaha Motor Racing will continue to support Rossi in his future endeavours. They will retain a close working relationship with him through various collaborations including the VR46 Riders Academy and the Yamaha VR46 Master Camp training and racing programmes. 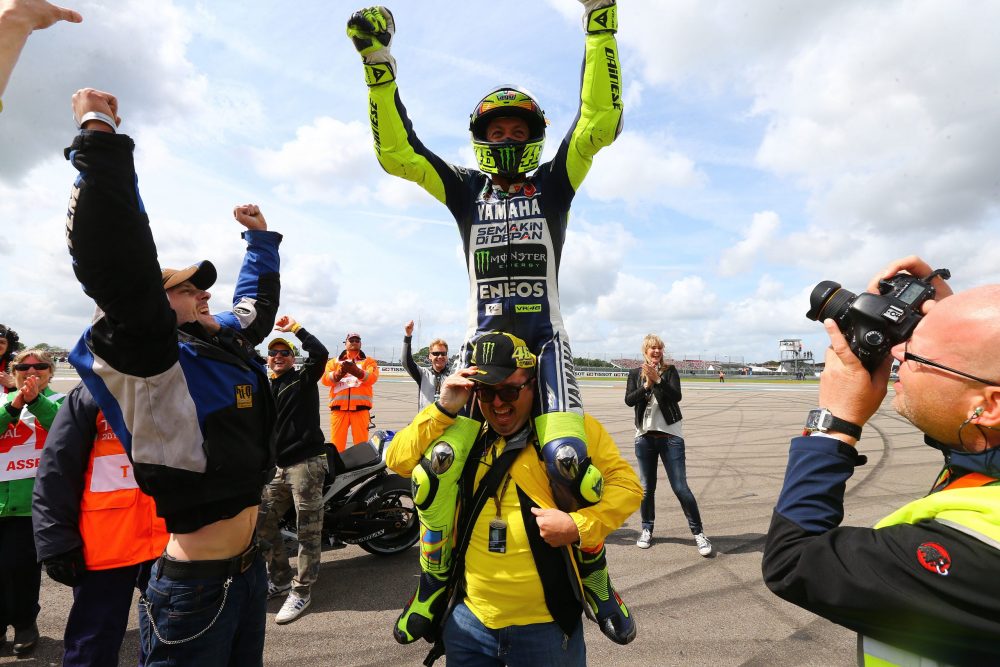 The retirement decision and new career opportunities will not diminish The Doctor‘s determination or lessen his efforts during his final months as a MotoGP rider. Likewise, Yamaha is extremely grateful for the MotoGP legend‘s contributions to its racing successes and will remain fully dedicated to ensuring that the second half of their 16th season together will be a fitting end to a very special MotoGP partnership. 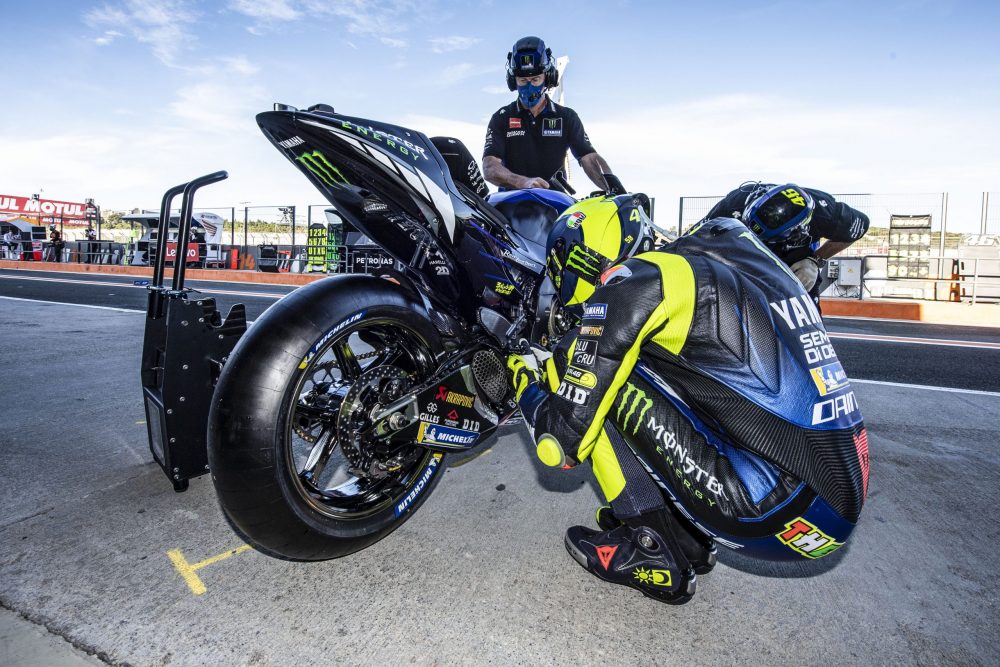 “First and foremost, I would like to take this opportunity to express my gratitude to Valentino for the great partnership we enjoyed with him. He will be deeply missed on track, inside the paddock, and behind the scenes at Yamaha, but we fully respect his decision”.

“At Yamaha we take great pride in the Grand Prix motorcycle racing legacy that we have created together. The 16 years we will have spent as partners were filled with epic battles on track and wins. At Yamaha we always strive to give our fans and customers the feeling of Kando*. In a way, Valentino‘s entire career at Yamaha embodies this quest for the deep satisfaction and intense excitement that we experience when we encounter something of exceptional value. We are all very pleased that Valentino has decided to remain a Yamaha rider until the end of his MotoGP racing career and beyond.

“There are too many great moments between Yamaha and Valentino to pick one as a favourite. There were also challenges throughout the years, but the trust between us never wavered and even strengthened our partnership through the years.

“Valentino‘s achievements were made both on and off the track, and they make up a large and important part of Yamaha‘s racing heritage. We thank him for his incredible efforts, unequalled skills, and never-failing passion and optimism. We are proud to have been a part of his unique success story. We will forever cherish the precious memories we made together and hope to keep adding to them with him as a Yamaha brand ambassador.”

*­Kando is a Japanese word for the simultaneous feelings of deep satisfaction and intense excitement that we experience when we encounter something of exceptional value. 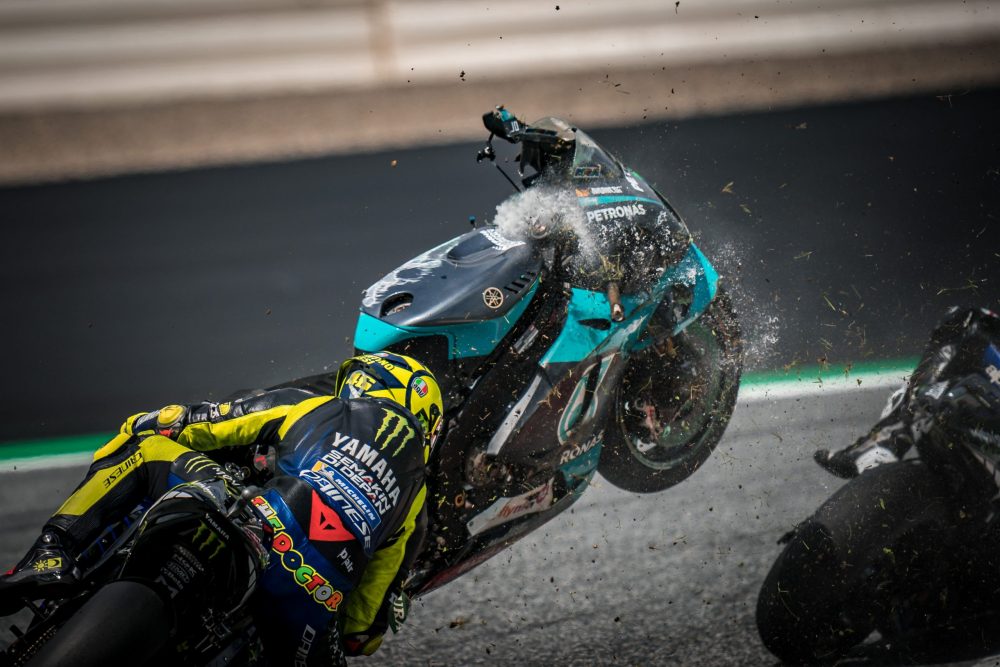 “First of all, I would like to thank Valentino sincerely, on behalf of Yamaha Motor Racing, for the special partnership between him and Yamaha”.

“We were privileged to be key players in a legendary Grand Prix era, with Valentino fortifying Yamaha‘s rider line-up for 16 – still ongoing – seasons. The now iconic partnership between Yamaha and Rossi started almost like a fairy tale. Rossi won that incredible race at Welkom in 2004, his first GP with Yamaha. His arrival at Yamaha was the catalyst that completely changed our MotoGP racing programme, and he gave us the confidence to regain our challenging spirit and once again become MotoGP World Champions.

“Valentino is a living legend whose successes and personal flair contributed to Yamaha‘s legacy and heritage in abundance. Also, during more difficult periods, his positive mindset would be a boost to those around him, and he was always ready to go the extra mile for a good result. It‘s thanks to his never-failing passion for MotoGP that we can proudly look back on soon-to-be 16 fantastic seasons together.

“We all knew that eventually the moment would come that Valentino’s illustrious Grand Prix racing career would come to an end. His unparalleled skills and warm charisma will definitely be greatly missed by the fans, the media, the MotoGP paddock, and the entire Yamaha staff. But before he finally hangs up his leathers, we have nine more opportunities to enjoy and savour his appearances at the remaining Grand Prix races of the 2021 season. In that respect it is very fitting that we will see the return of racing fans and spectators at many of the coming races.

“So let us all enjoy the next GPs and then we‘ll get the chance to say a proper thank you to Valentino at the end of the Valencia GP weekend in November. 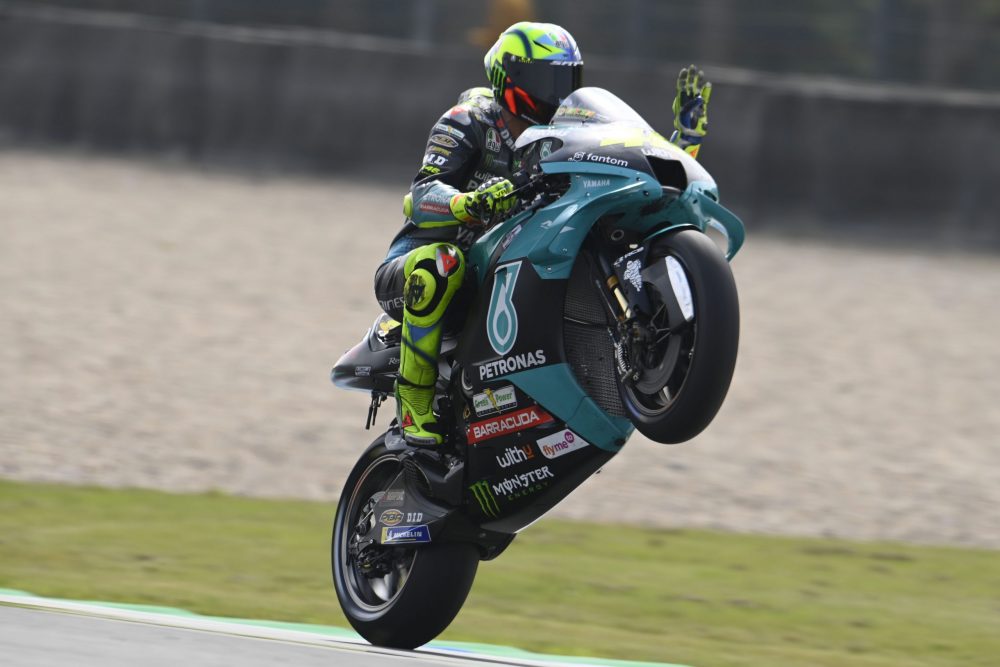