TOPRAK RAZGATLIOGLU REIGNS IN MOST | WSBK

SATURDAY RACE
Toprak Razgatlioglu (Pata Yamaha WorldSBK Team) overhauled the long time race leader Scott Redding (Aruba.it Racing – Ducati) with a tough last-lap pass at Turn 20 to hold his lead over the line and win Race One by just 0.040 seconds.
The tense last lap, in which pass and re-pass were made, saw Razgatlioglu come from way back and take Redding’s planned line into the penultimate corner, scoring a win that took him to within 12 points of double crasher and no-scorer Jonathan Rea (Kawasaki Racing Team).
A mid-race faller as he tried to stay with Razgatlioglu entering Turn One, Rea finally crashed to a stop into Turn 20 with five laps to go. 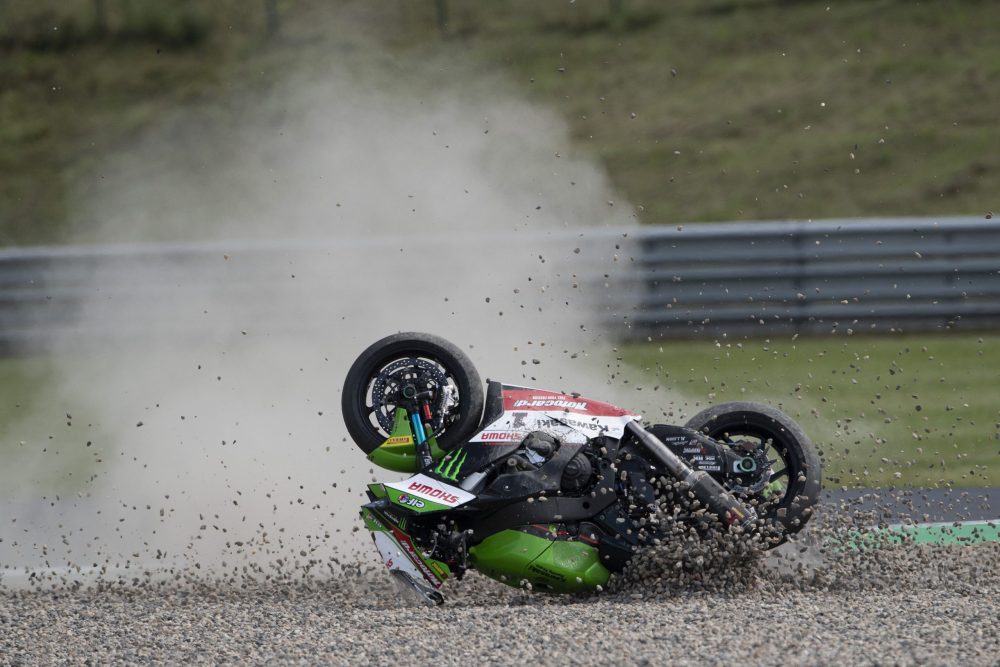 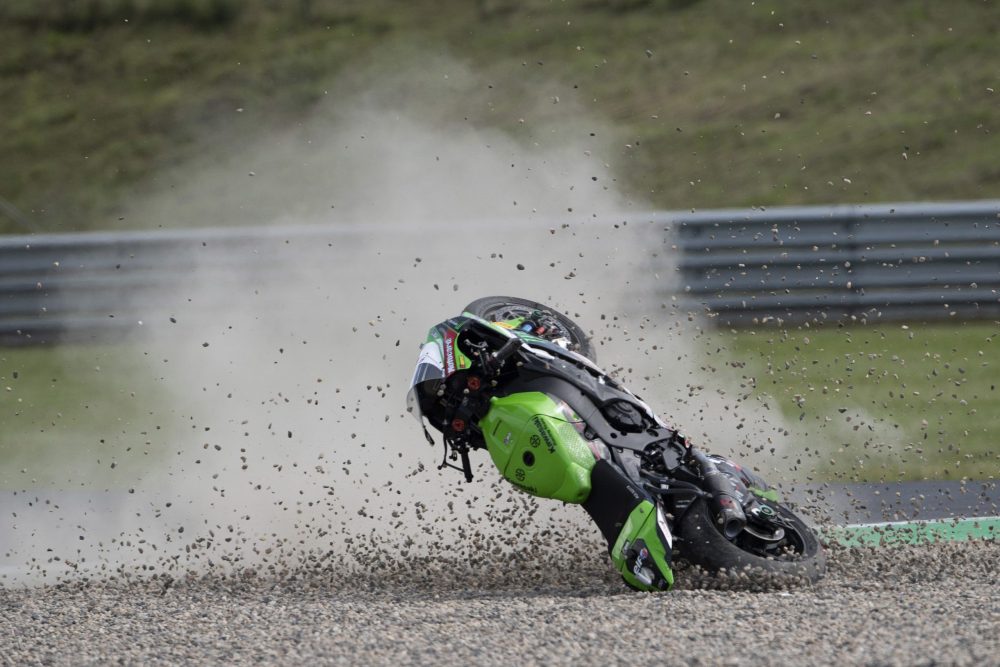 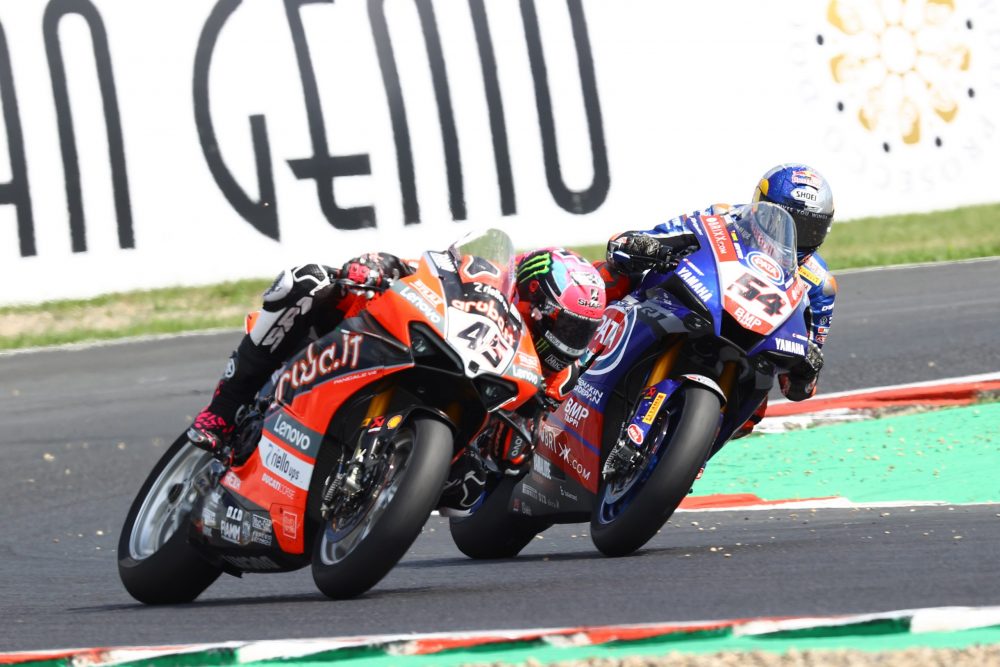 After all the worry about the first chicane, Tom Sykes (BMW Motorrad) and Alex Lowes (Kawasaki Racing Team) were the two to outbrake themselves on lap one and run into the escape road.
Sykes rejoined from his fourth-place grid spot to fifth in the race but he would slip back as the race carried on, to finish ninth.
Tenth was Friday fast man and regular EWC rider Marvin Fritz (IXZ-YART Yamaha). 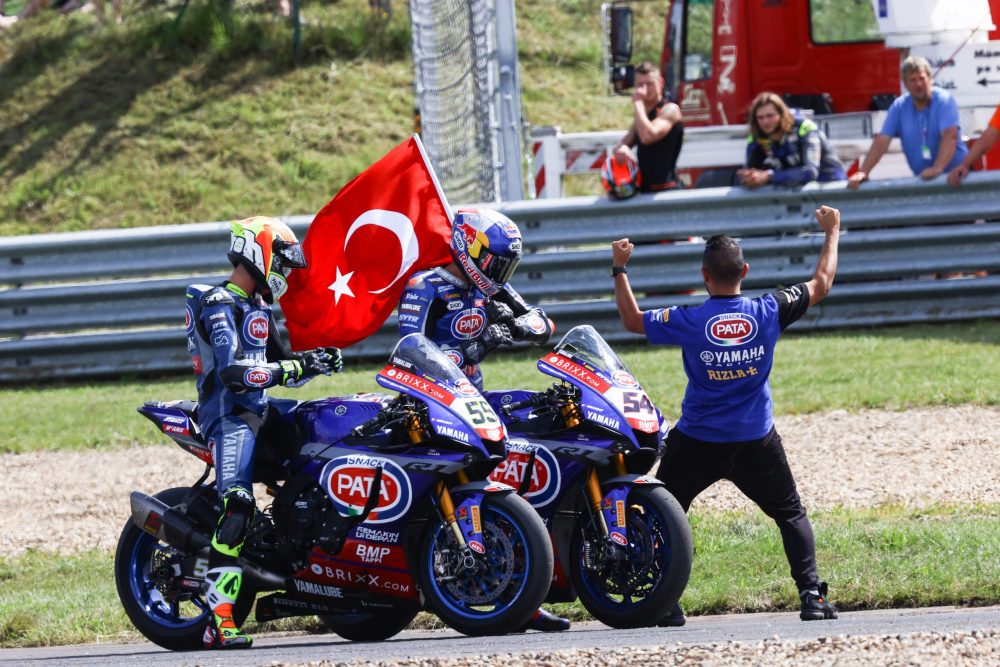 Superpole Race
Toprak Razgatlioglu proved unstoppable again as he drew the following Jonathan Rea (KRT) into a small mistake that saw him run off track in his efforts to stay with the Turkish rider closely enough to contend for the race win.
Entering T1 on lap ten, Rea suffered two rear wheel judders and had to take to the escape road before rejoining the action. He was soon to lose his long-held second place to the closing Scott Redding (Aruba.it Racing – Ducati), who had himself lost places off the start on lap one. 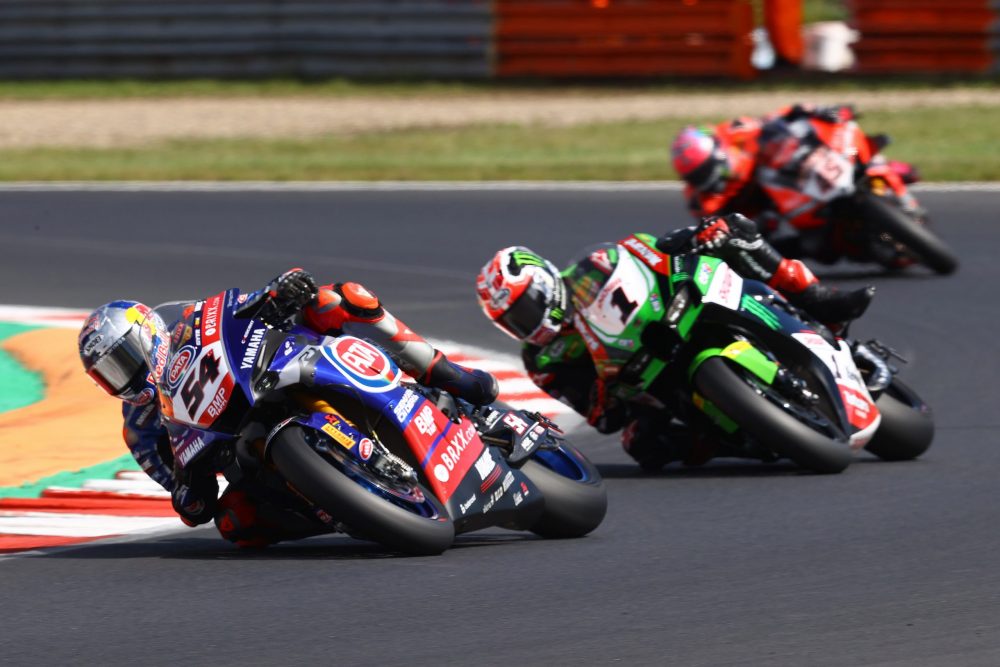 Fourth in the sprint race was Andrea Locatelli (Pata Yamaha WorldSBK Team), fifth Tom Sykes (BMW Motorrad WorldSBK Team), who had started off the second row of the grid. 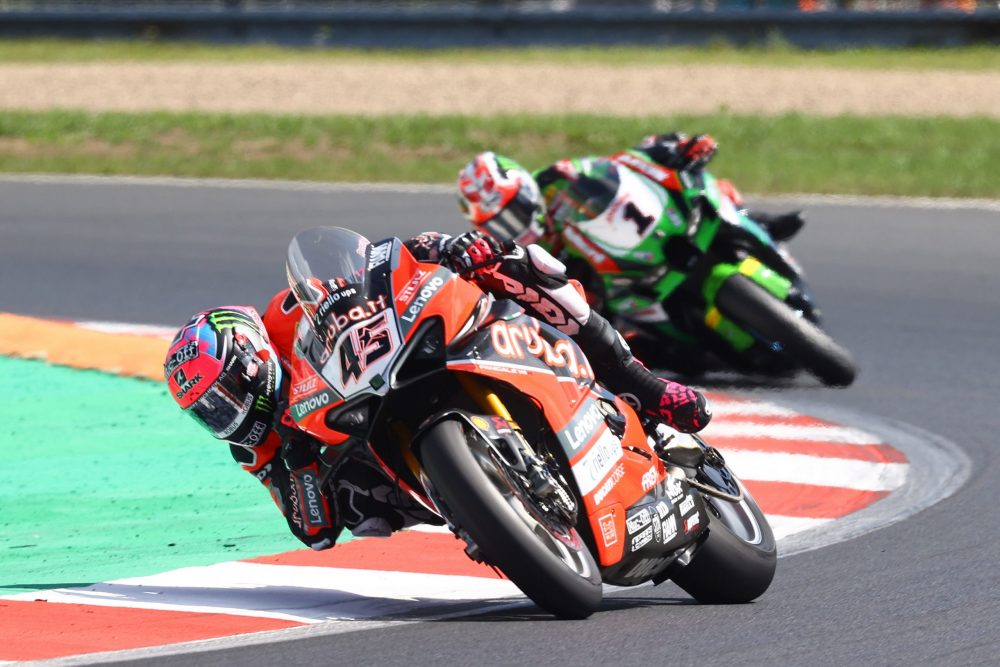 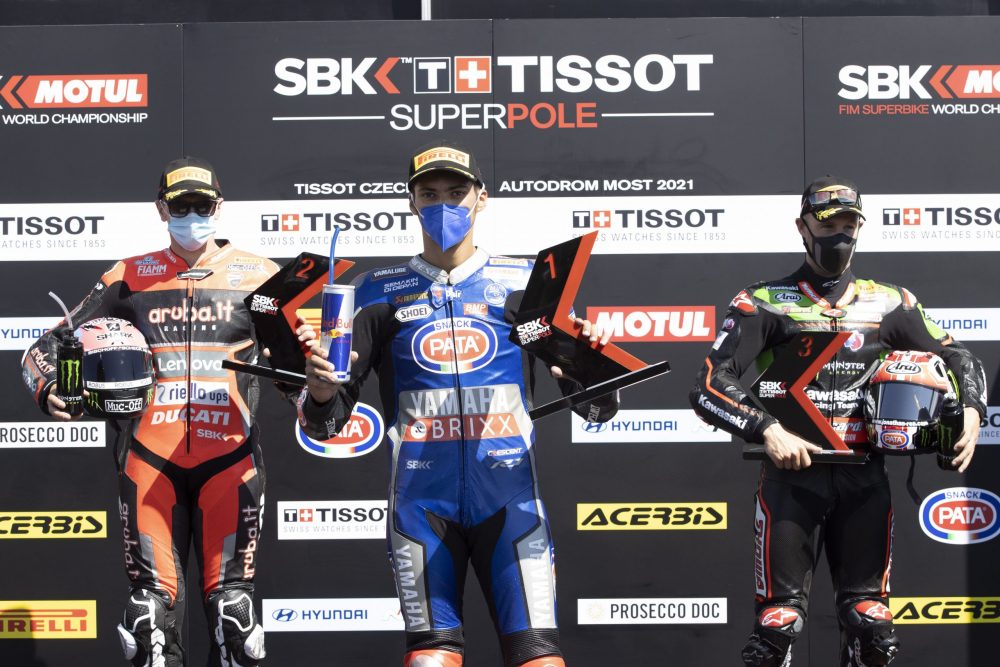 WORLDSBK RACE TWO MOST
Scott Redding (Aruba.it Racing – Ducati) ended his race winning drought to take his eighth career WorldSBK race win and his first 2021 season victory since the second round of the season in Portugal.
He rounded out a perfect race with a marriage proposal – accepted – to his girlfriend on the top step of the podium…
Toprak Razgatlioglu (Pata Yamaha WorldSBK Team) was second on track and Jonathan Rea (Kawasaki Racing Team) a distant third, 12.460 seconds from Redding on a tough weekend for the six-times champion. 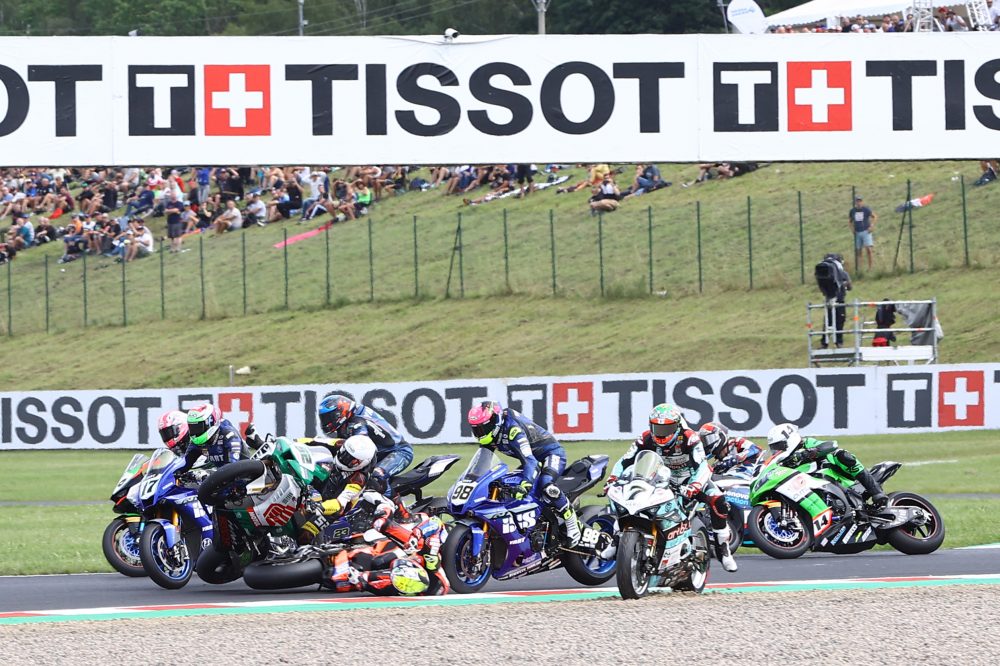 An early lead for Razgatlioglu was upturned by the sheer pace of Redding, with both those leading riders gapping the field to the tune of three seconds long before half race distance.
Behind the top two Andrea Locatelli (Pata Yamaha WorldSBK Team) finally had to yield third place to Rea with 14 laps to go.
Alex Lowes (Kawasaki Racing Team) was an integral part of the leading five early on but dropped pace to ride in fifth place on his own with half the race left to run. He was fifth all the way until the penultimate lap when Michael Ruben Rinaldi (Aruba.it Racing – Ducati) passed him, relegating Lowes to sixth. 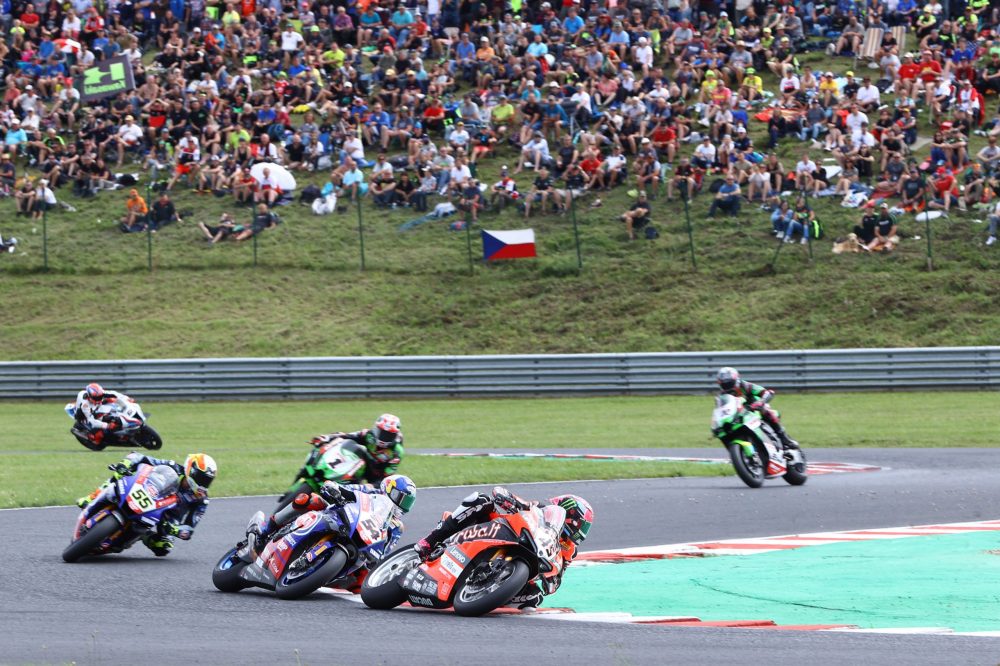 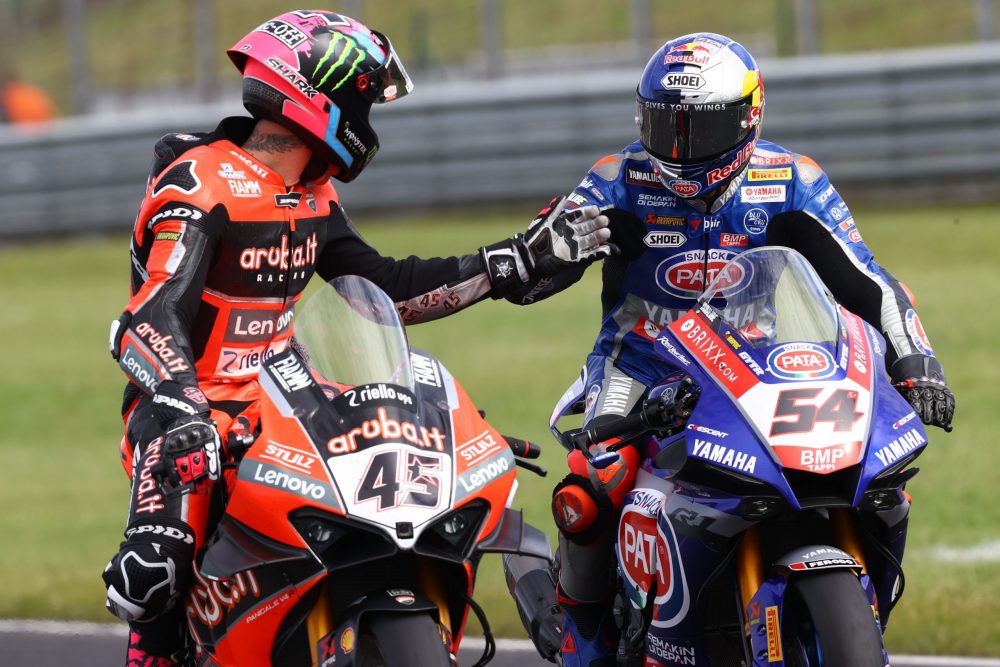 In the championship, Rea still leads by a narrow three points. Rea has 266 points, Razgatlioglu 263 and Redding 216 – now just 50 points behind Rea. 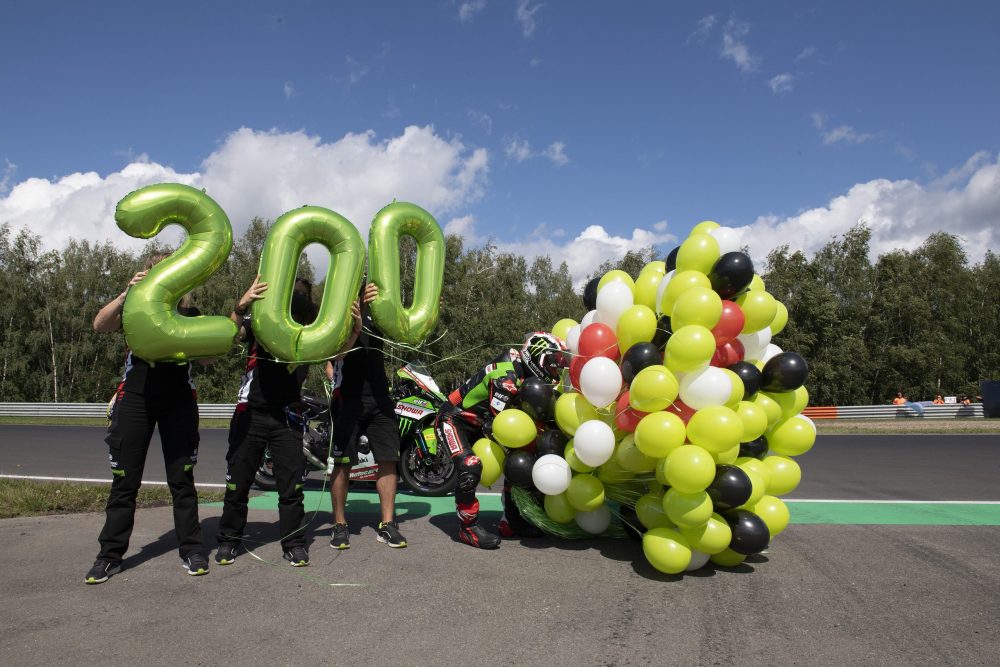