Triumph has taken its most powerful and sophisticated triple into a new dimension with the Speed Triple 1200 RR. Retro in looks, but right up to date in terms of performance and electronics, the half-faired Speed Triple RR fills a gap in Triumph’s big-bore range while encouraging owners of its twins to step up into a new category.

Powered by the 1160cc triple-cylinder engine with 132.4kW of power and 125Nm of torque, it is the most powerful mass-produced retro motorcycle on the market today. Overshadowed somewhat by Triumph’s rush of publicity surrounding its new LAMS and hard-core off-road models, we reported on a leaked image of a sportsbike based on the speed triple last issue (AMCN Vol 71 No 06), but it’s more retro and far more convincing than we suspected. 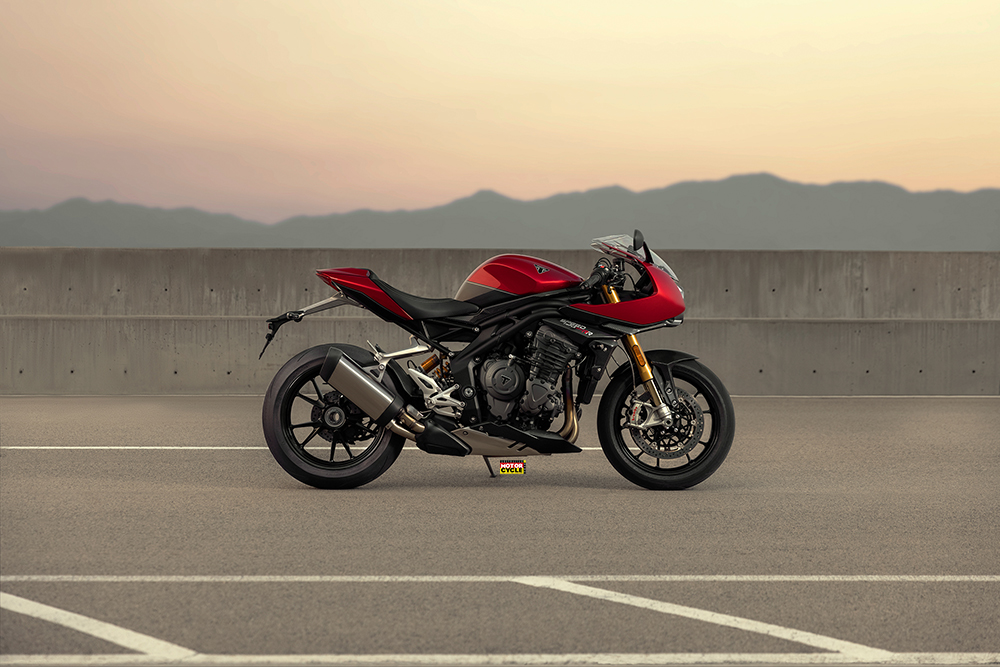 A close look at the attention to detail shows this is no quick remake of the existing Speed Triple as many expected but a carefully constructed model that could spawn a whole range of hi-tech retro using Triumph’s smaller engines.

A single headlight and bikini fairing are the RR’s design signature. The conservatively angled clip-on ’bars are 135mm lower and 50mm farther forward than the Speed Triple 1200 RS, while the modern carbon-fibre in-fill panels contrast with the 1970s-era candy paint. 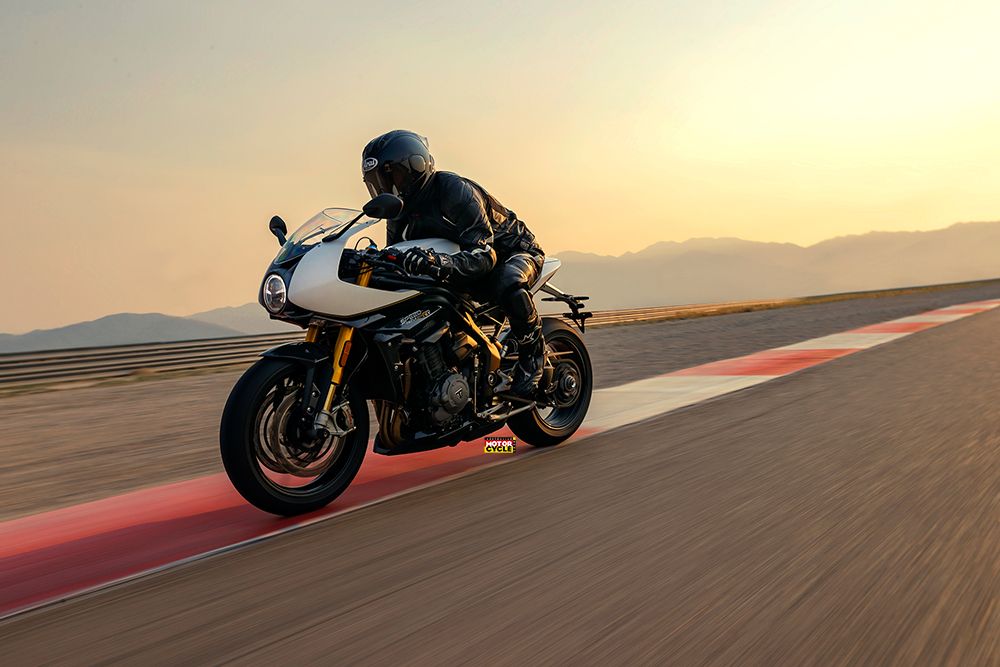 Triumph says the RR “was designed to deliver all the incredible agility and pinpoint precise handling of a 765 Street Triple RS, with all the performance and attitude of the latest-generation Speed Triple.”

This means it has the full suite of high-end electronic suspension, brakes, electronics and rider aids of the recently released Speed Triple 1200 RS. 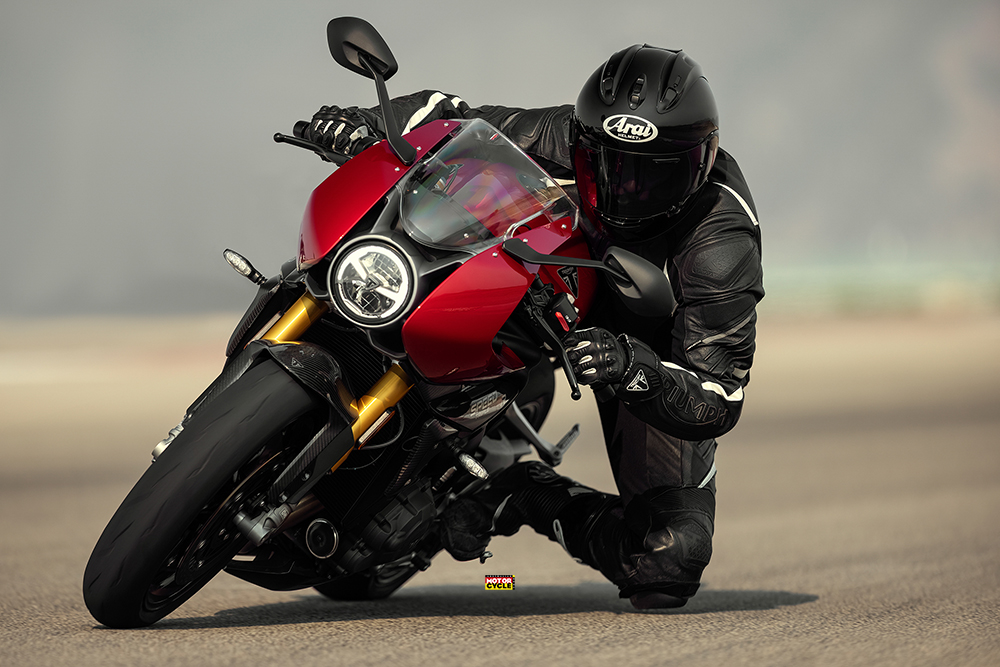 Starting with the suspension, it’s Öhlins’ most advanced Smart EC 2.0 system which has been tuned to suit the RR’s geometry, and it’s electronically adjustable on the fly. There’s a full-colour 5.0-inch TFT, with the Triumph’s connectivity system fitted as standard, through which the cornering ABS and switchable cornering traction control can be adjusted. There’s front wheel lift detection, five riding modes including Track, a full keyless system incorporating ignition, steering lock and fuel cap, as well as cruise control and an up-and-down quickshifter said to be derived from the firm’s Moto2 project. 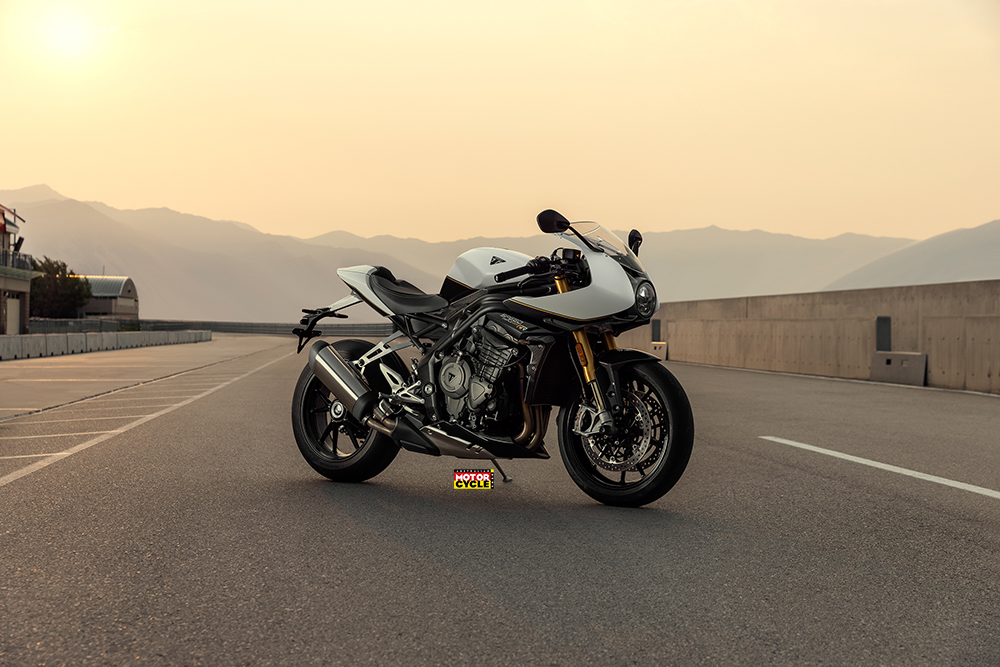 Seat height is an accessible 830mm while the narrow tank, sculpted seat profile and tailored new footpeg position pushes the rider forward but aims to retain a level of comfort for road riding. The bike’s overall weight is 199kg fuelled and ready to ride and, if the styling isn’t unique enough for your liking, there are 30 customising accessories available. 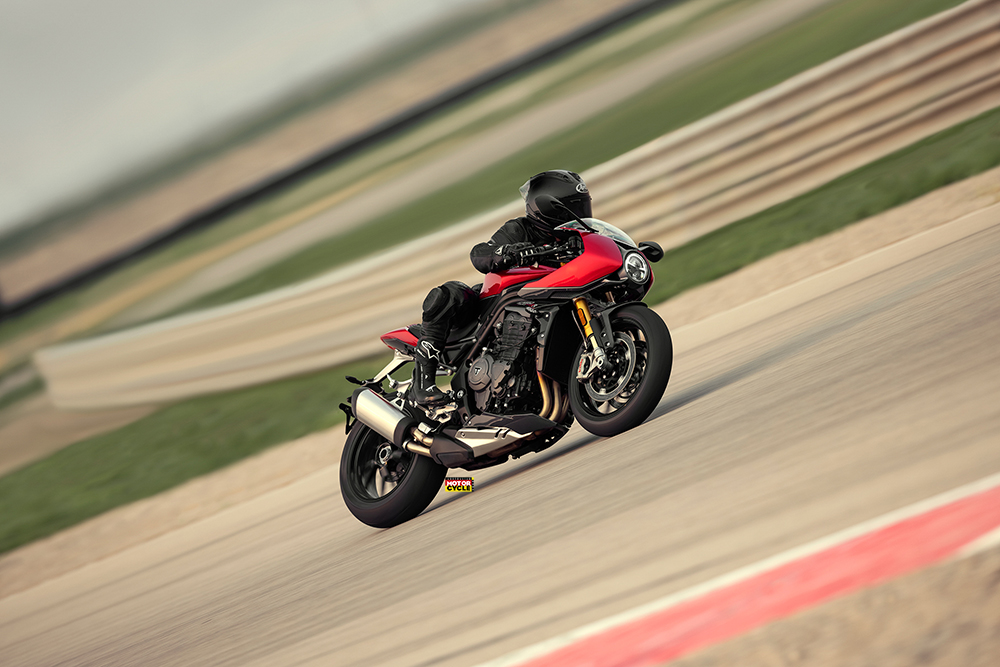 The attention to detail, with fine crafting of even minor components, continues a styling trend started just a few years back by Italian designer Rodolfo Frascoli. The Speed Triple 1200 RR will be available in two colours, Red Hopper and Storm Grey or Crystal White and Storm Grey, and comes with a two-year, unlimited kilometre warranty period (with an option to extend). Service intervals at 16,000km or 12 months. The bike is expected to land in Triumph dealers in Australia from mid-November with Australian pricing confirmed at $32,490 ride away for the Crystal White/Storm Grey and $32,890 ride away for the Red Hopper/Storm Grey. 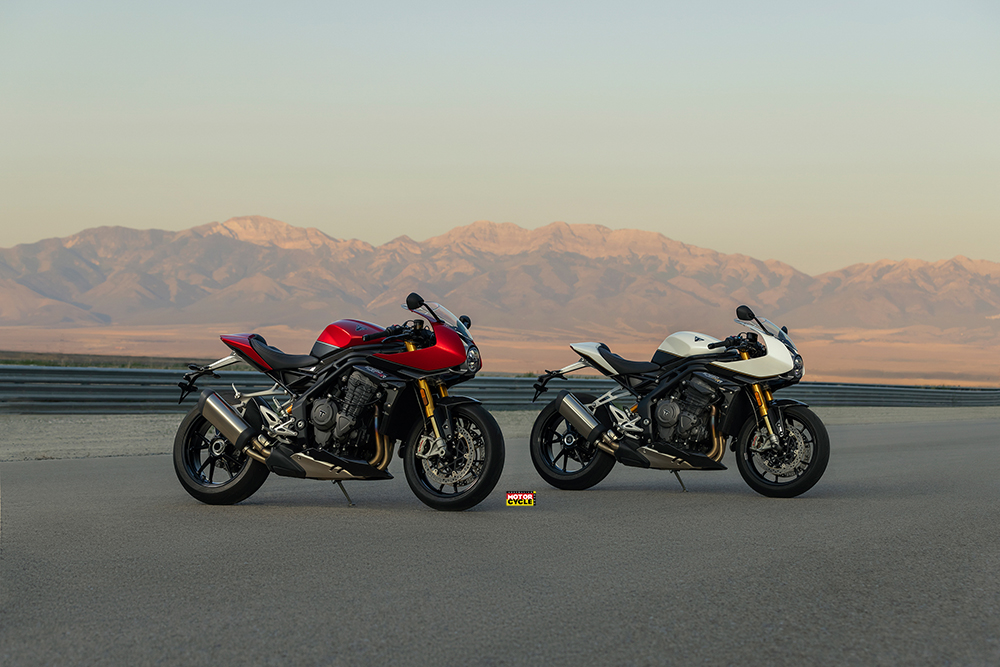