REMY ON TOP OF THE WORLD | Moto2 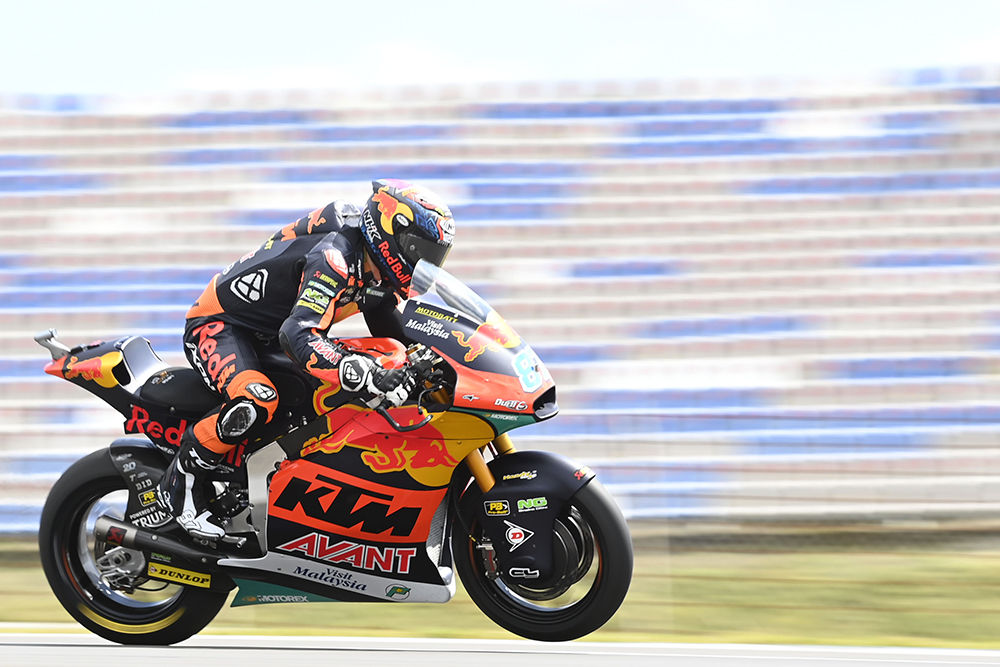 The Aussie, who started the #PortugueseGP from the middle of the front row, claimed the final podium place with an audacious but perfectly timed move on the penultimate corner of the final lap, to take a six-point lead in the World Championship standings.

Leading after lights out, Remy made his intentions clear from the start, and as the race settled down, he remained in contention, swapping positions seemingly at every turn. 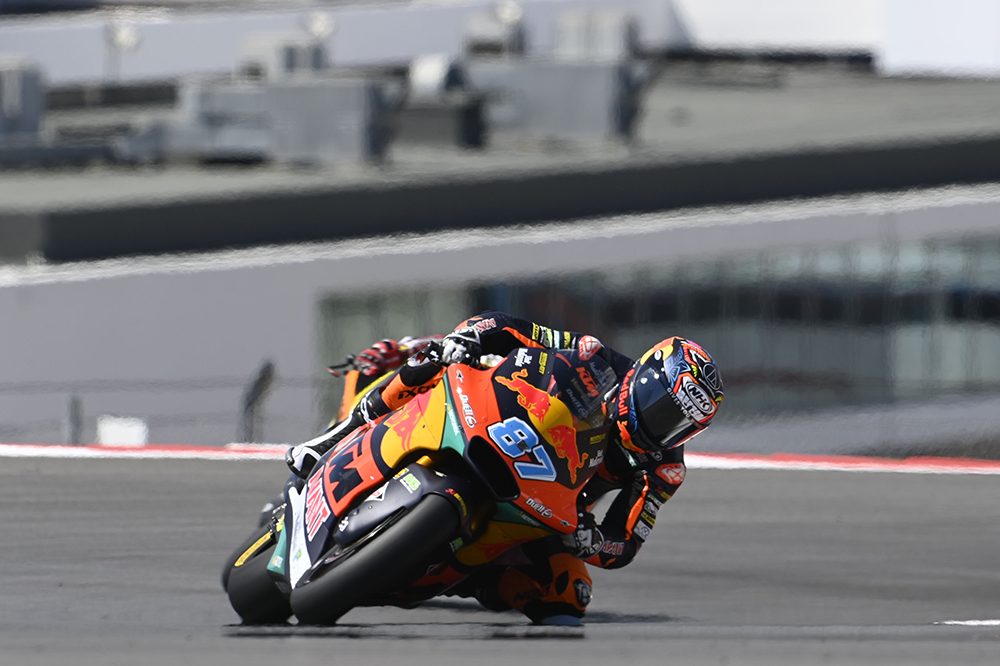 With twelve laps to go the leading group of seven remained locked together. A couple of mistakes with eight laps to go saw the Red Bull KTM Ajo rider drop to fifth, with the podium looking out of reach. But with an outstanding final three laps, the #87 rider rode out of his leathers, closing the gap on the battle for second, pouncing when a gap appeared to make it three podium finishes out of three races so far in 2021!

The championship moves to Spain and to the Jerez Circuit in a fortnight. 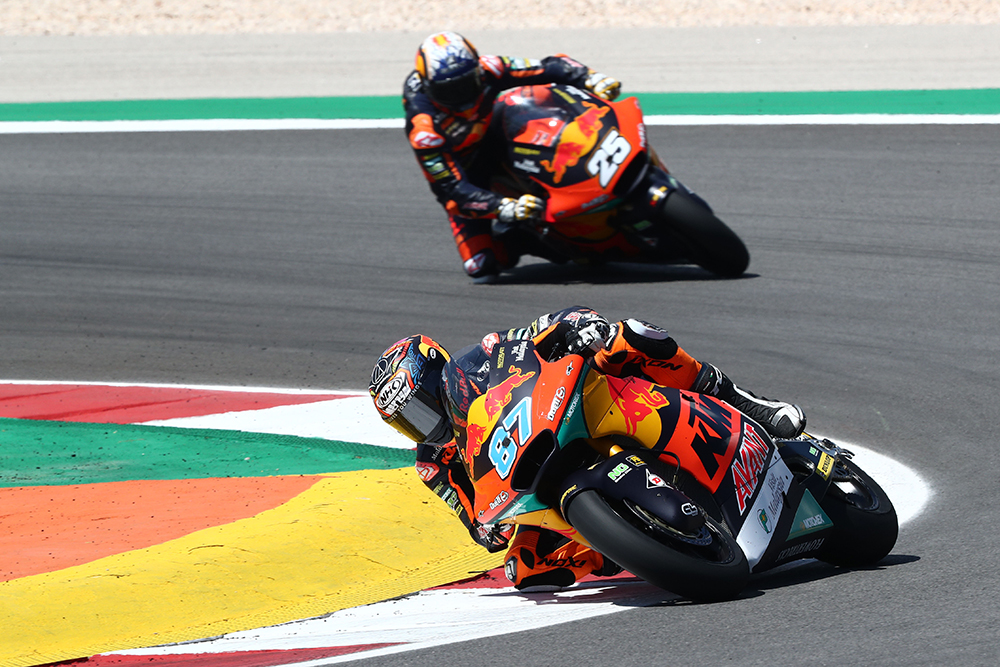 Remy Gardner: “I’m leading the World Championship for the first time in my life, but I honestly expected more today, especially after last year’s result, and how we performed in qualifying, but I made too many mistakes and it was a tough day for me. I struggled with the heat today for some reason and at one point I thought I would finish maybe fifth. Anyway, I’m happy to make it onto the podium, I want to say congratulations to Raul (Fernandez) on his first win, I know how that feels and we move on to Jerez, ready to push again.” 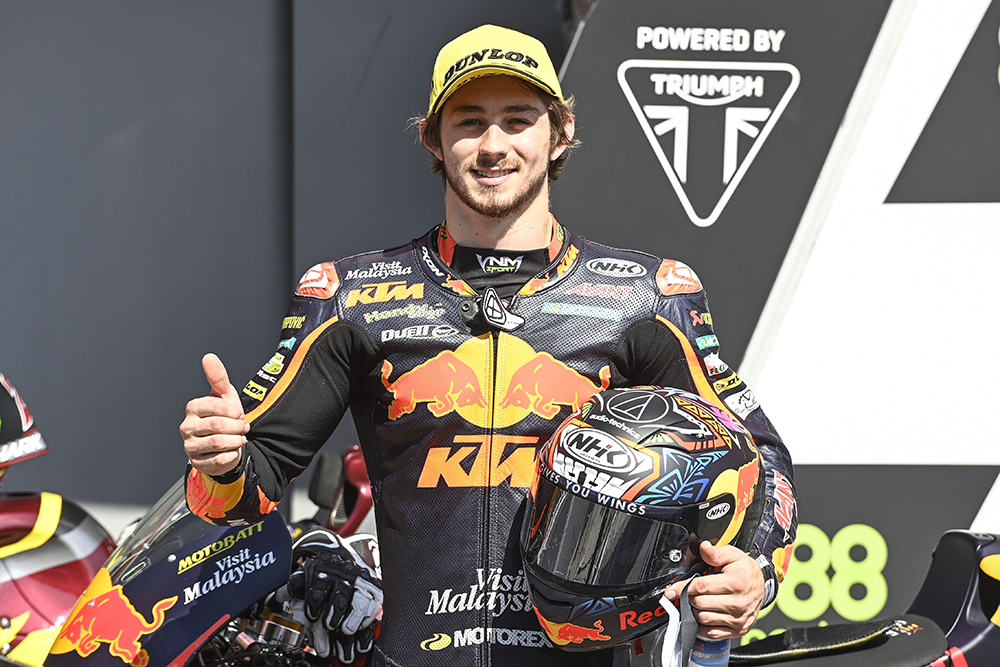