A revised Euro-5 compliant 2021 Royal Enfield Himalayan is about to hit Aussie showrooms next week with prices starting from $8190 ride away.

The 2021 Royal Enfield Himalayan has increased in price by $500 over the previous model Himalayan, but Royal Enfield has made several changes in addition to Euro 5 compliance to justify the price hike, including new functionality, new technology, availability of new colours and a better warranty offering. 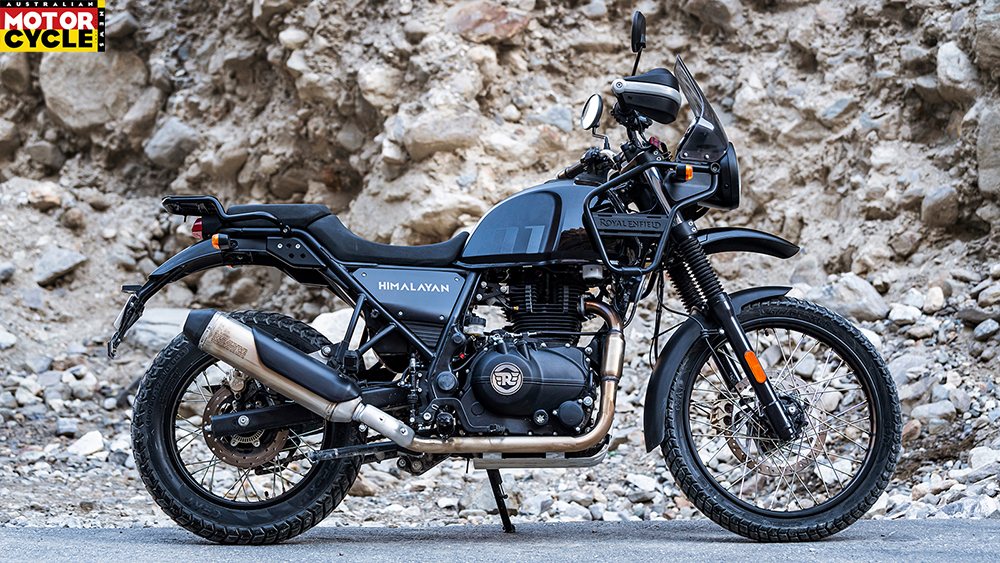 On the functionality front, the Himalayan scores a new stronger rear carrier with a flat surface metal plate with more luggage space, higher density foam in the seat to minimise fatigue and increase comfort on long rides. 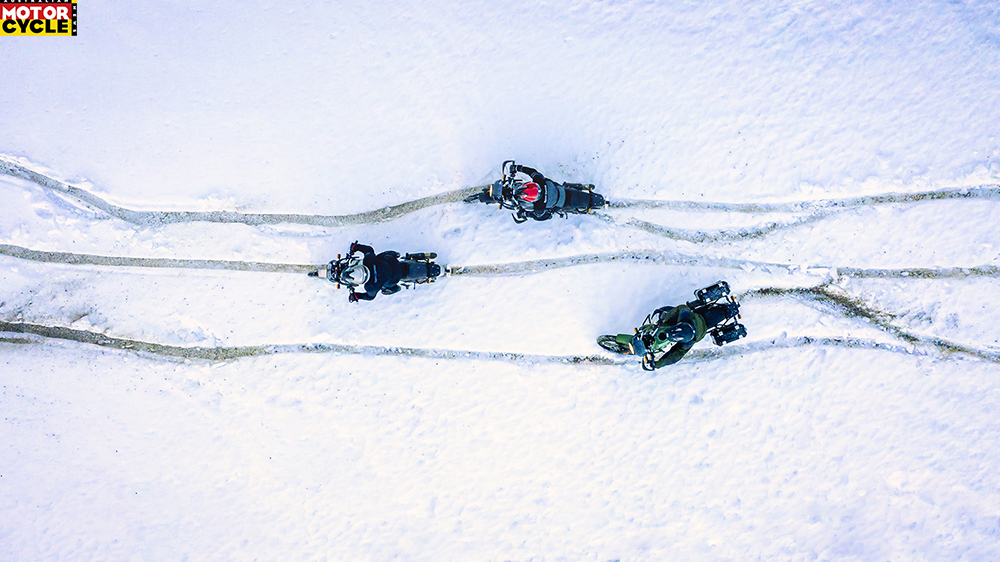 The Himalayan’s revised dual channel ABS is now switchable so it can be disengaged at the rear wheel for greater control when riding off-road. 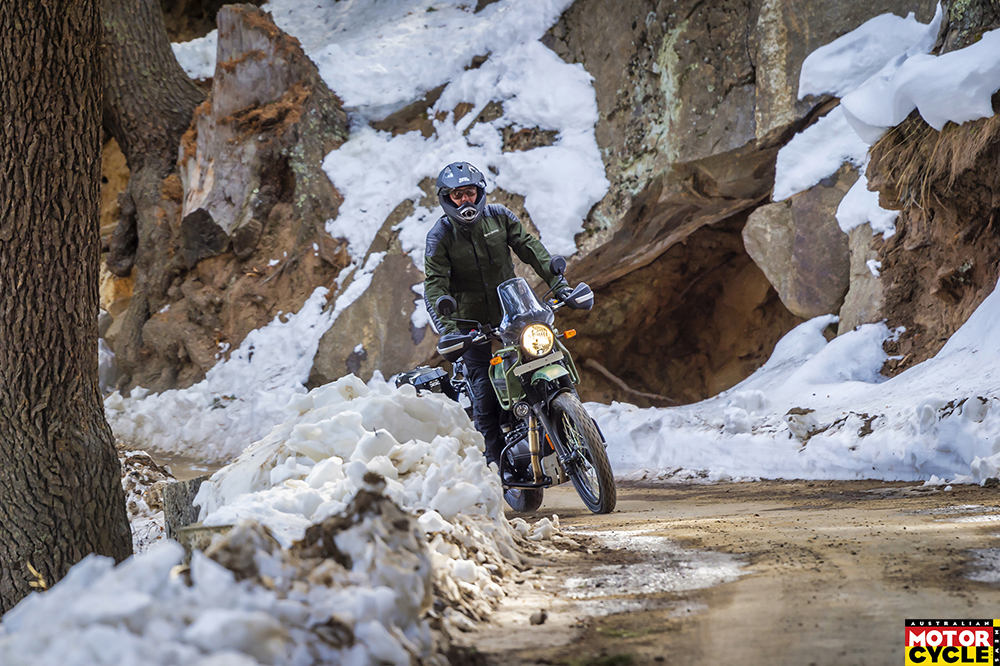 Royal Enfield’s ‘Tripper Navigation’ (as fitted to the Meteor 350) has now been added to the Himalayan as part of a revised dash layout. Tripper is powered by Google Maps through a rider’s smartphone, and linked to the dash using the Tripper app; once set up, turn-by-turn navigation instructions are displayed on the bike’s auxiliary TFT screen. 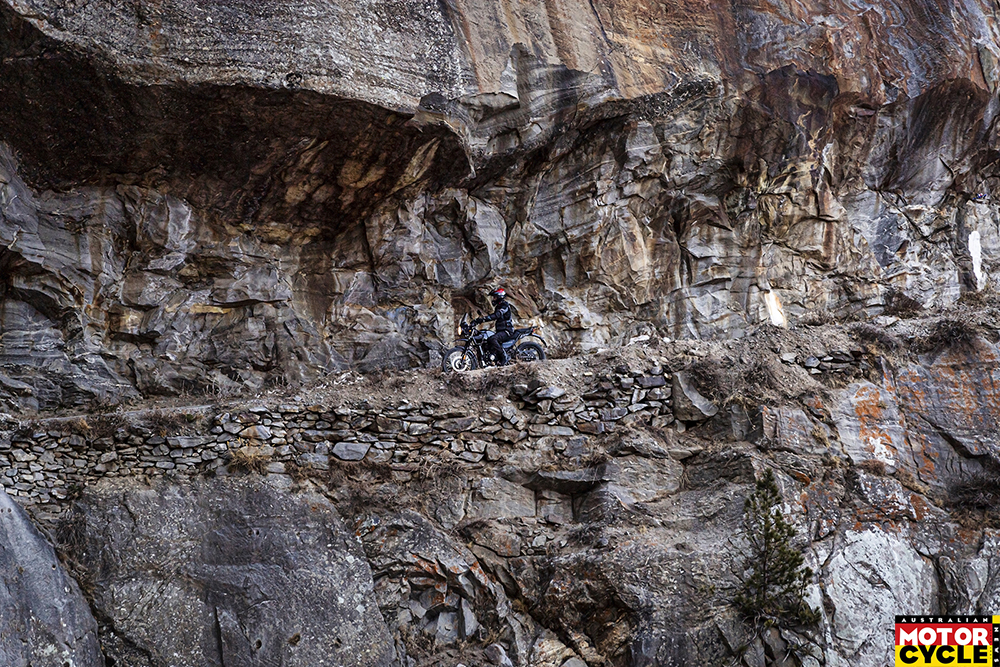 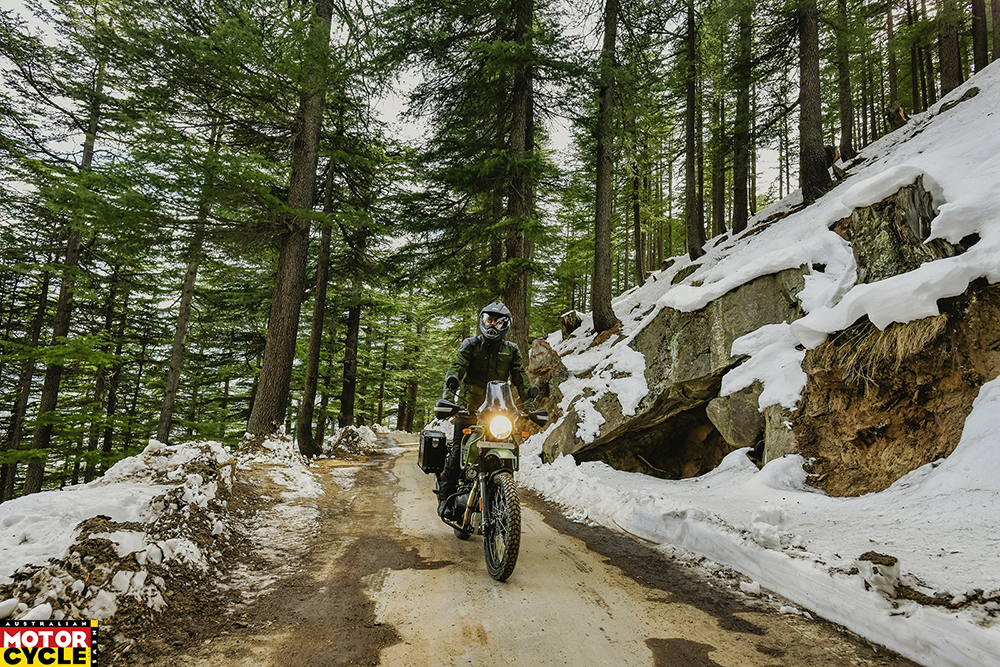 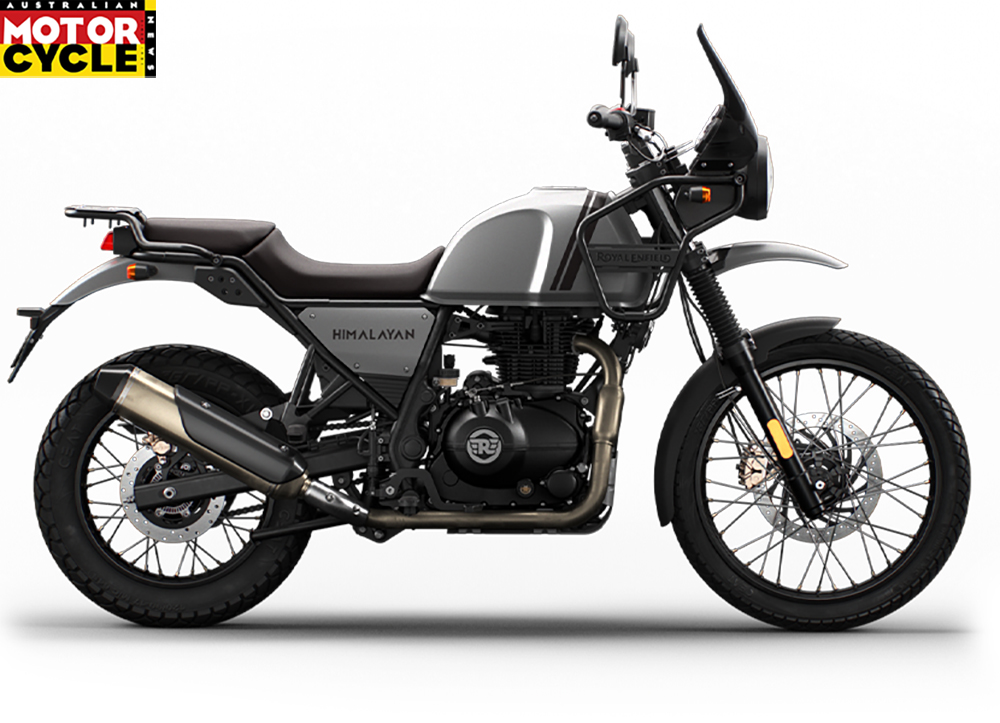 Compared to many adventure bikes on the market, the Himalayan can best be described as a back-to-basics offering, with a 411cc single-cylinder two-valve engine that makes a modest 18kW at 6500rpm and 32Nm of torque at 4250rpm. But this formula has obviously hit a chord with Aussie and Kiwi buyers, and Royal Enfield says it has sold close to 1800 Himalayans in Australia and New Zealand since the bike was launched in 2016. 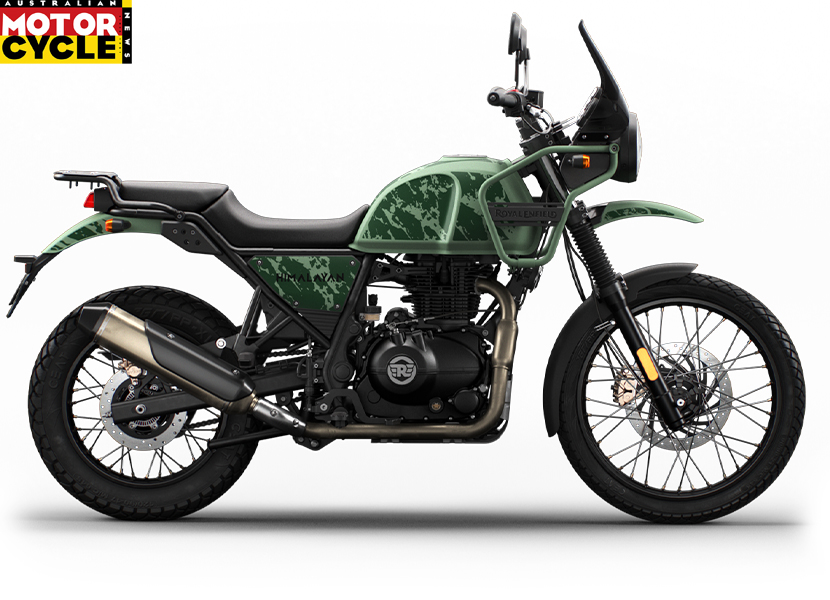 “The originally developed 2016 Himalayan launched in India was a category first, and was a very versatile and accessible motorcycle. Over the years, together with feedback from our riding community, we have consistently evolved the Himalayan in design and functionality, and improved the overall ride experience. This has resonated very well with millions of adventure enthusiasts across the world,” said Vimal Sumbly, Business Head APAC, Royal Enfield. 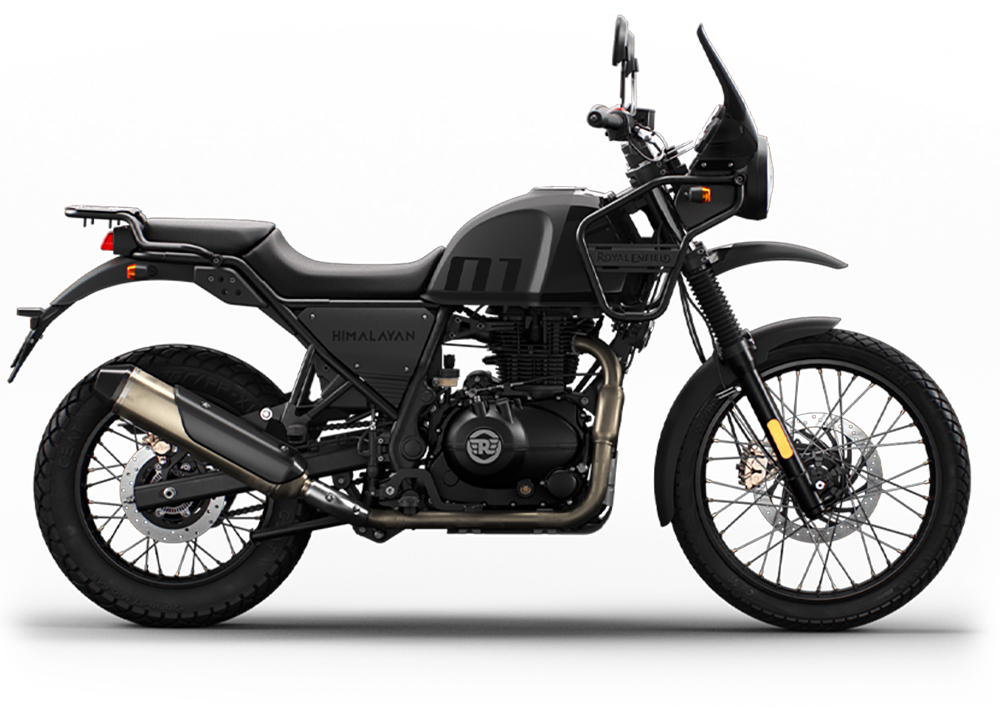 Royal Enfield now offers a three-year/30,000km warranty on the Himalayan with three years roadside assist. There’s also a full range of accessories on offer for the new model including panniers, engine guards, touring seats and more. 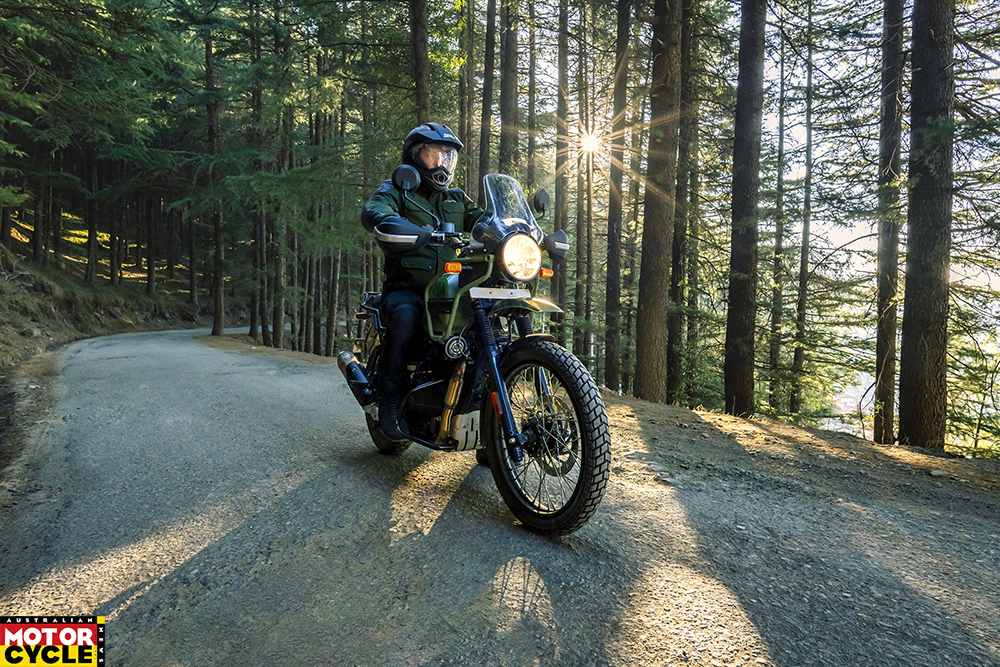 As well as the revised Himalayan, Royal Enfield has also announced that it is on the verge of conducting Himalayan Adventure and Himalayan off-road training in Australia and NZ in the near future. Keep an eye on AMCN for updates. 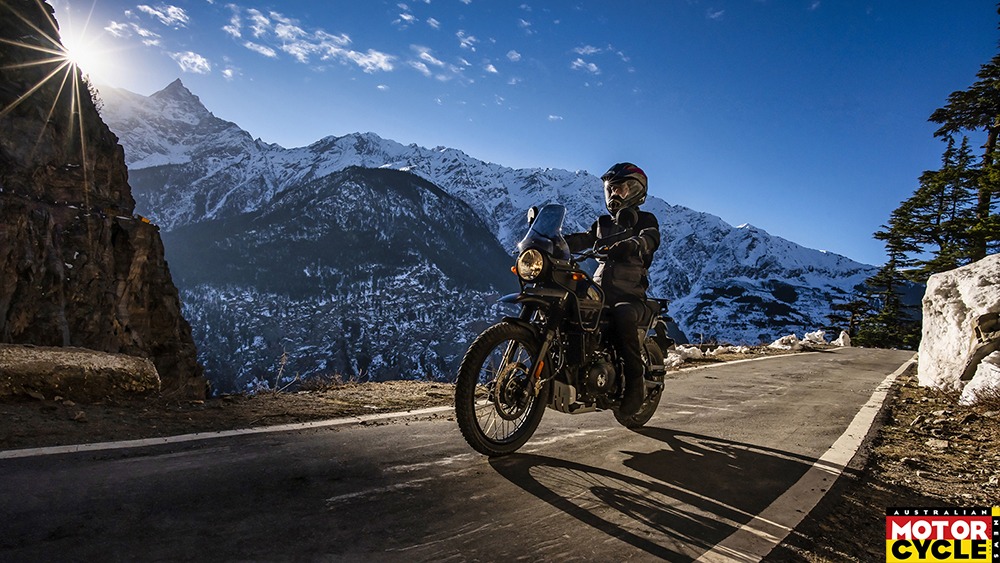 Click here for more information on the Royal Enfield range