Tricky course conditions at the legendary Bonneville Salt Flats have once again proved challenging during the latest stage of the Triumph Motorcycles Land Speed Record attempt.  With clear sun and virtually no wind, rider Guy Martin set off from mile marker 9 to record his FIM-required certification run. 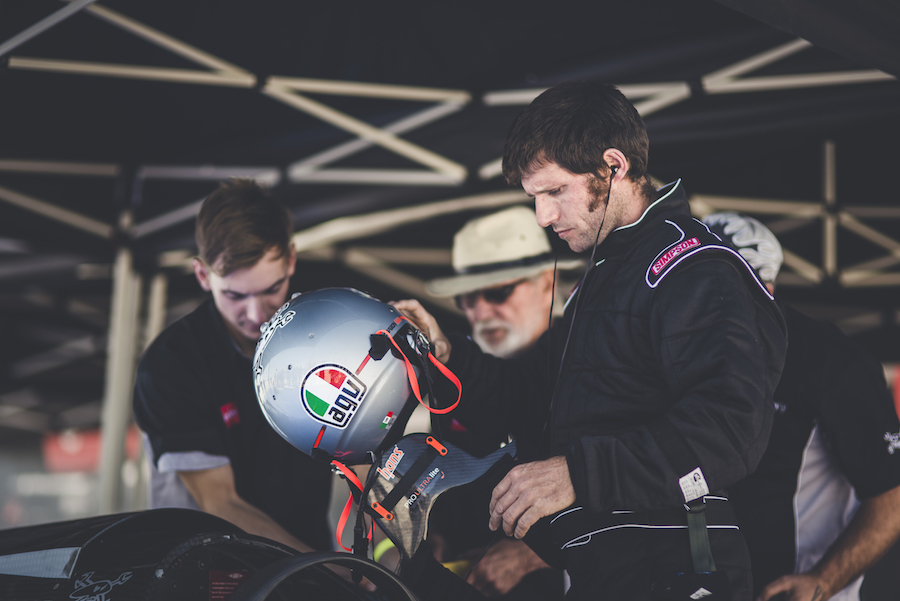 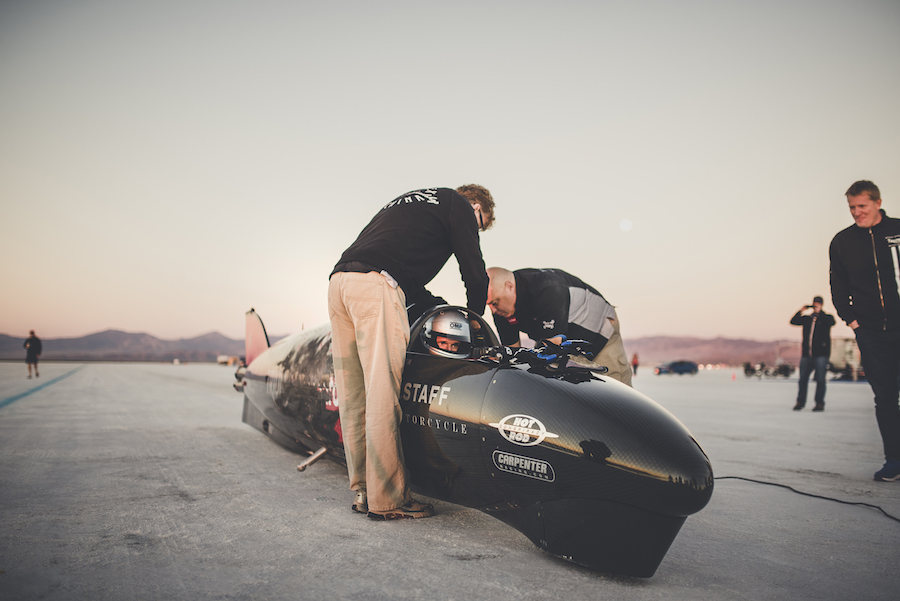 Setting off smoothly, Guy was making good power in mile one when the Triumph Infor Rocket Streamliner lost traction on a damp section of the salt surface, causing the rear of the machine to step out of line and the streamliner to go down on the course. Guy was completely uninjured in the incident, however the streamliner will now require a full inspection before any further runs can take place.

“It’s one of the challenges of Land speed racing – the salt surface can be so unpredictable. We’ll fully inspect the streamliner and get ready for the next phase of our attempt” commented Triumph Infor Rocket Streamliner designer Matt Markstaller.

Rider Guy Martin added “It’s all part the job boy, isn’t it? Feeling our way. I guess if it was an easy thing to do everyone would have done it by now.  So we’ll get a plan sorted and get on with the next go at it as soon as we get the chance.”