SUPPO RETURNS TO MOTOGP WITH SUZUKI 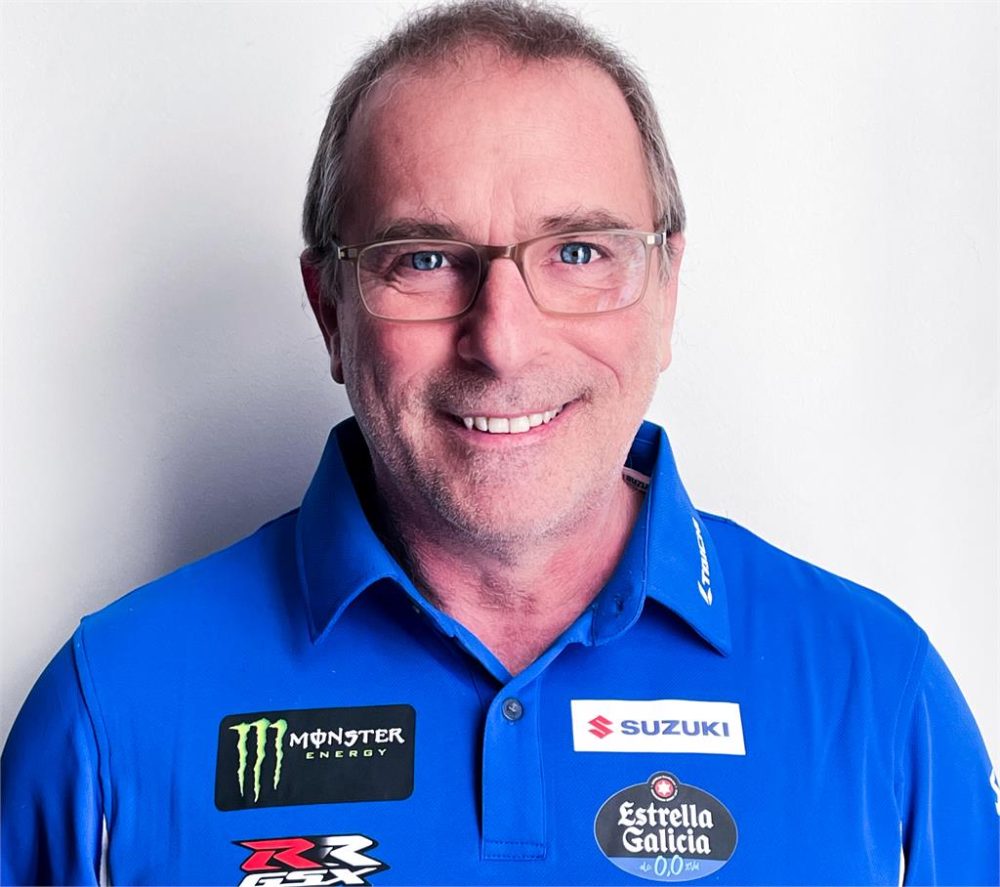 It’s no secret that the Project Leader, Shinichi Sahara, has been looking for a Team Manager to step into the squad for 2022. After a transitional 2021 season in which the team were forced to create a management committee, with Sahara assuming the role of Team Manager ad interim, a solution has been found and an agreement has been reached ahead of the season opener in Qatar on March 6th.

Livio Suppo is a well-known manager in the MotoGP paddock. He began his career 28 years ago with Benetton Honda Team in the 125cc and 250cc classes. Since then he has enjoyed 11 years with Ducati as a Project Leader, which included the crowning of Casey Stoner as champion. He then moved to HRC where he was the Team Principal for seven years, and a further five titles were achieved. Since his departure from MotoGP, Suppo has set up a successful e-bike company, but he feels now is the perfect time to step back into the paddock. 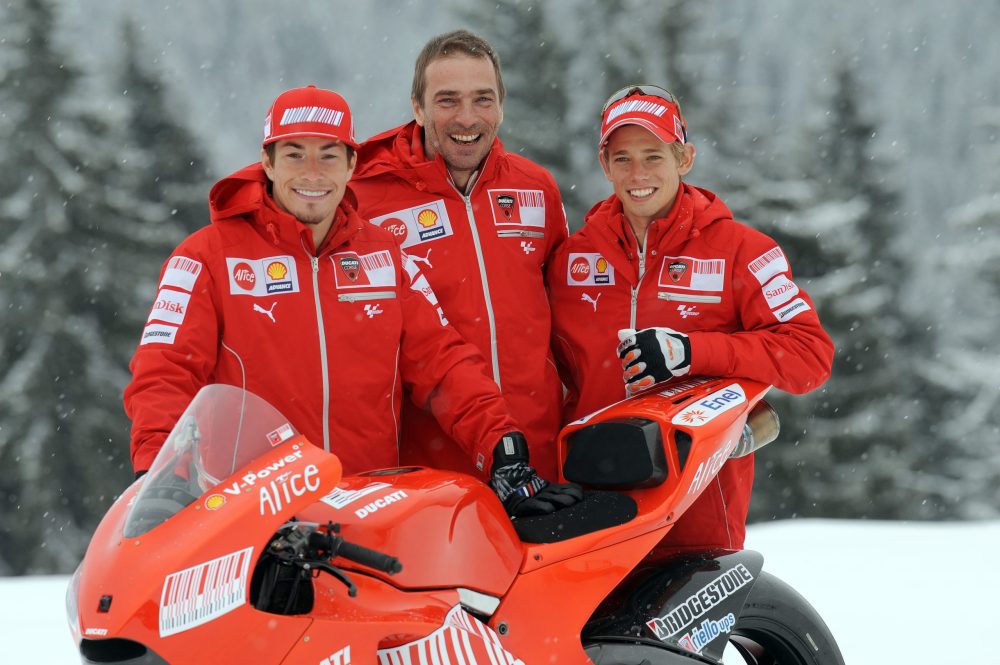 For Team Suzuki Ecstar, Suppo’s arrival gives a further boost of confidence ahead of a season where an increase in performance compared with last year is necessary. Following the winter tests both Joan Mir and Alex Rins felt positive about their possibilities for the season ahead, and the addition of an experienced and successful manager who has a strong belief in team work and enjoys working in an upbeat atmosphere will no doubt lift the Suzuki squad’s spirits further. 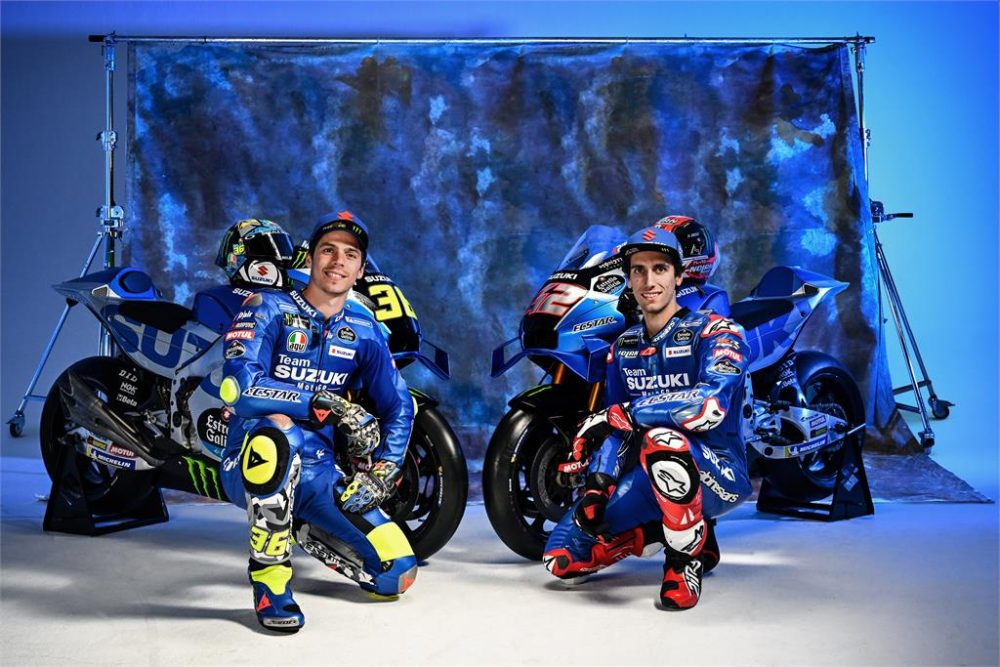 “I’m very happy to announce the news of Livio Suppo as our new Team Manager before the new season starts. I’m confident that Livio is very well suited for the position, because he has a lot of experience and a big passion for winning. He understands how teams work and that team atmospheres are important when it comes to being competitive consistently during a season. Some of our crew members already have experience of working with him, and I’ve known him for a long time because he’s been in the paddock for many years. We’ve already seen promising signs and improvements in our performance during winter testing, and I believe Livio joining us will bolster our team further and we will become even stronger.”

“I am very proud to become Suzuki Ecstar’s Team Manager and happy to re-join the MotoGP Championship after four years. I’m also very honoured to be involved in this great project with Suzuki; for sure it will be a challenging task to be part of an historic manufacturer in MotoGP, who recently achieved the crown in 2020 in the year of their 100th anniversary. I also feel it will be a great experience to start working with two talented riders like Joan Mir and Alex Rins, both capable of fighting for the top in MotoGP. Sahara-san’s proposal came at the perfect time for me, I had been busy setting up my e-bike company but I was certainly missing the paddock and ready to come back. Racing has been my life for almost all my career and I will do my best to bring my experience to Team Suzuki Ecstar. I know they are a great team, but also a great group of humans, so this could help a lot to achieve our goals sooner. MotoGP nowadays is more and more exciting, with many very fast riders and competitive motorcycles from all manufacturers. It’s a difficult challenge for everybody involved, where all the small details can make the difference, I am ready to be part of the game again and give my all to be on top with Suzuki.” 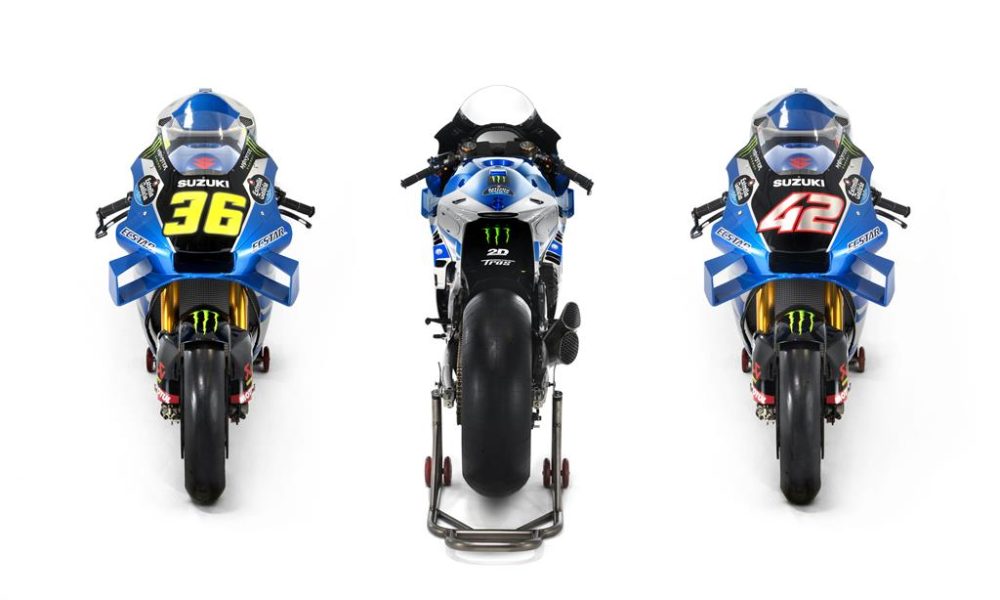 Entries are now closed for the Island Classic competition

The more time we spend on Kawasaki’s new Supercharged H2 SX SE, the more we discover little things of interest.

With the resurgence of sportsbikes in the motorcycle market, AMCN has taken this year’s AUSTest back to the track.