Can Benelli muscle into the crowded LAMS nakedbike segment with the BN302?

Readers of the AMCN news pages will be aware that Benelli has been busy lately producing new models and targeting different markets. There’s the Italo-Grom TnT 125, due on our shores soon, the Leoncino scrambler, and the TRK 502 adventure bike, all hitting segments that are booming.

One Benelli already on our streets is the BN302, which slots into another popular market – the 300cc nakedbike ring. This year it was updated with ABS, and that was a good enough excuse for us to take it for a ride.

The bike makes a great first impression. There’s a Latin charm in the styling and the brand name and heritage is front and centre: on the cool silver clutch cover, on the leather seat panel with contrast stitching, and on the bodywork with a little Italian flag and the company’s founding year, 1911. Yep, the marque  – originally from Pesaro and now owned by the Chinese Qianjiang group – has been around for more than a century. The minimal bodywork manages to be both aggressive and cute. And the rear horizontal shock really pops visually. 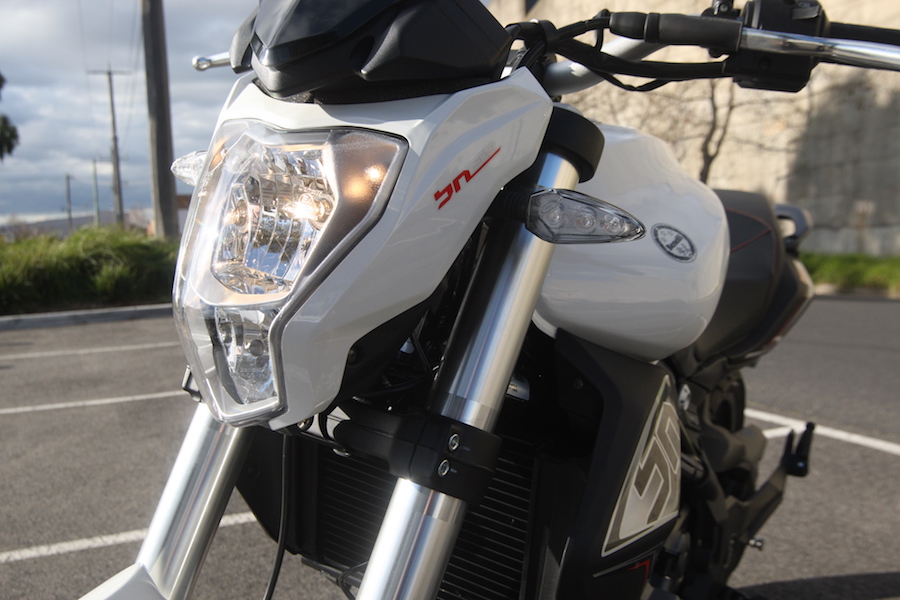 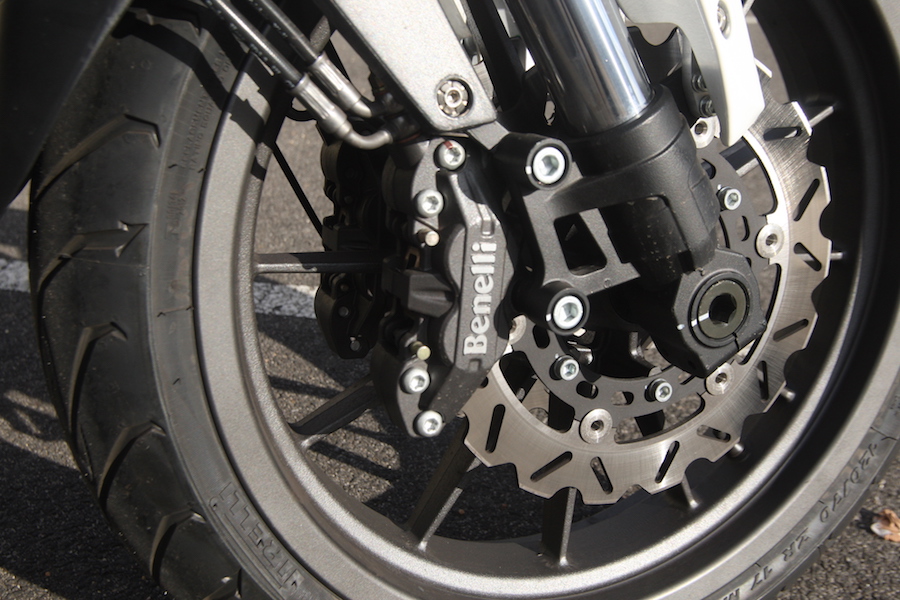 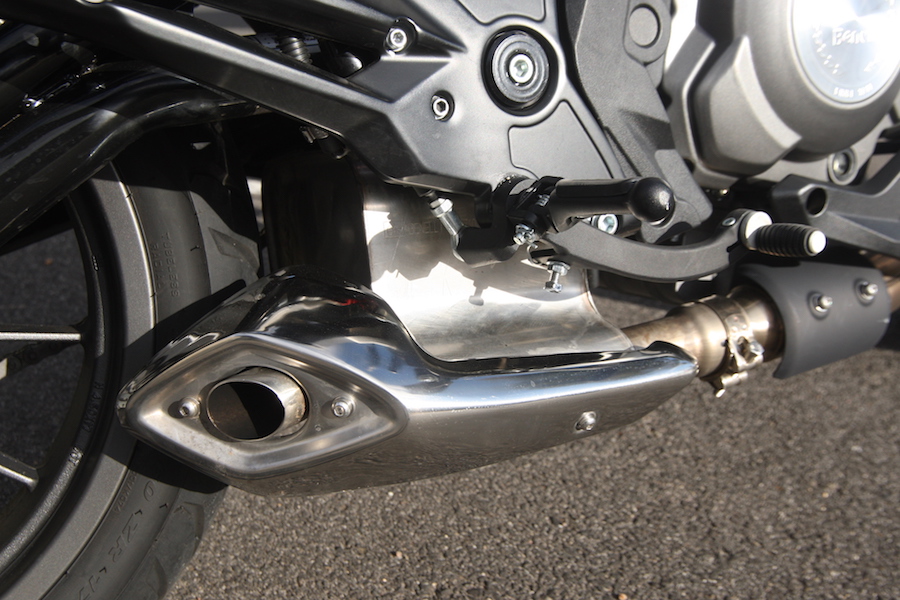 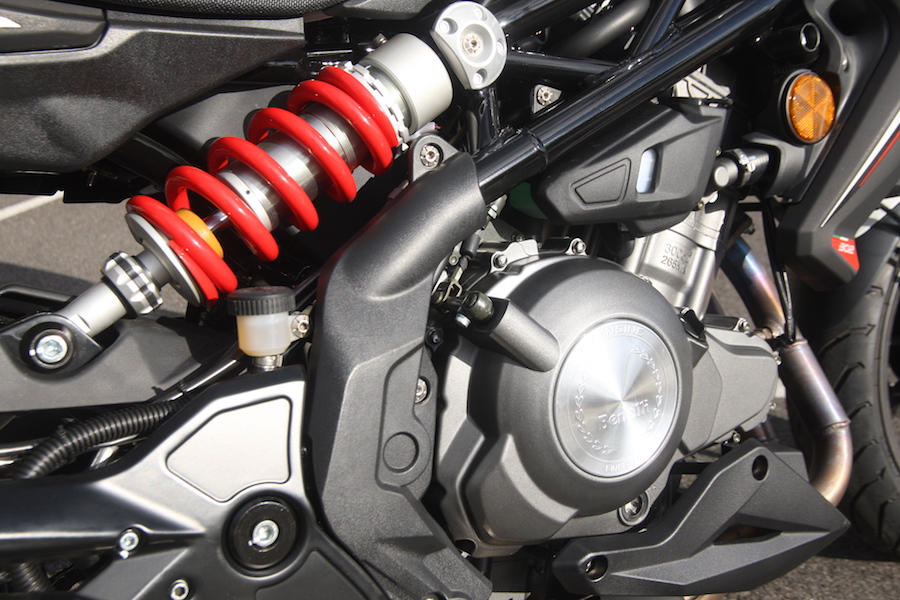 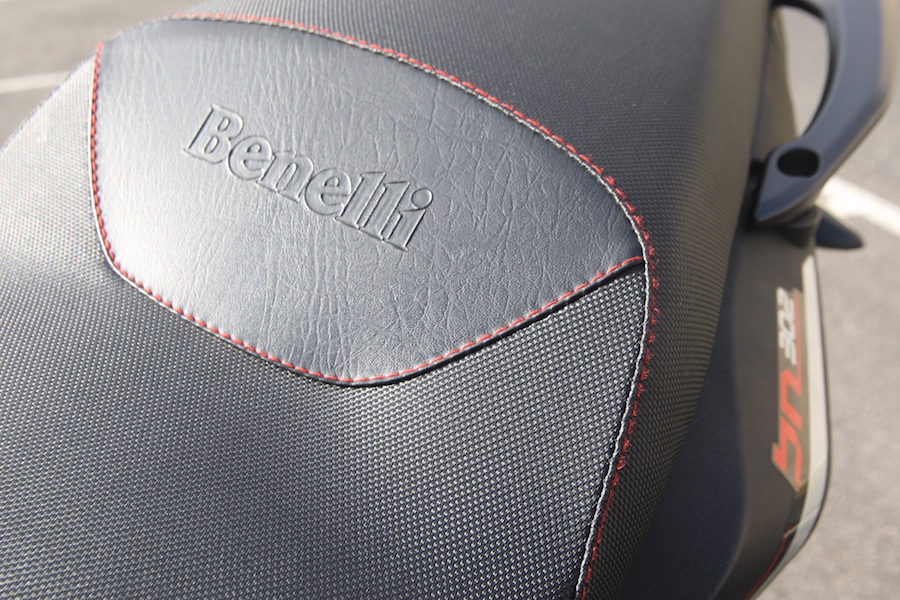 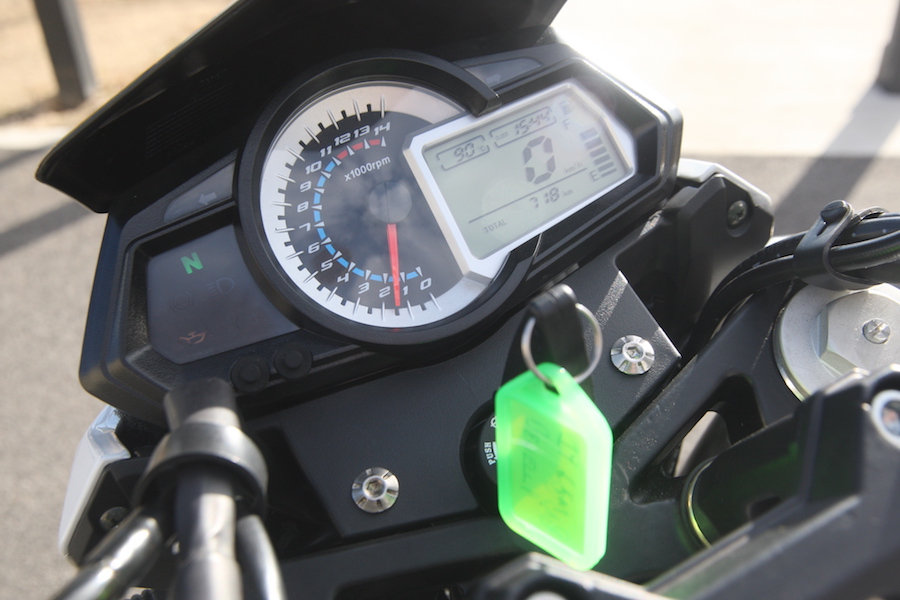 Flick out the cool switchblade-style key, stick it in and (making sure the bike is in neutral because it won’t start in gear) get things going. The parallel-twin engine spins up immediately and pleasingly – and it is more of a smooth whir than a growl, even as you twist the throttle and the revs climb towards the relatively tall ceiling of 14,000. Idle revs are also quite high, sitting at about 2000, which makes it almost impossible to stall and gives you just that little bit of impetus as you take off. Good for beginners.

Shifting up through the gears, you get a chance to appreciate a clutch action that isn’t too heavy and a ’box that gives a positive click for each ratio. You find yourself dancing a bit at first, looking for the engine’s sweet spot. While the claimed peak power of 28kW officially comes on at 11,000rpm, there’s a more useable push between 6000-8000rpm, and in the city there’s not much call for fourth, fifth or sixth.

But the BN302 does get up to speed deceptively quickly. This may be down to the fairing, which, despite its minimal nature, provides excellent wind protection, even at highway speeds on a gusty day. Running is comfortable, even around 110km/h.

This bike has the same nimble handling as the smaller BN251 we tested in Vol 66 No 25. The suspension travel of 115/120mm front and rear is enough to get you smoothly over bumps and potholes, and the rear is adjustable for preload and rebound. I liked the fact that the rebound setting could be changed by hand with a simple click of a wheel – it gives you a chance to try different settings without worrying about completely ruining the suspension set-up. Also worth mentioning in the running gear are the Pirelli Angel GT tyres – a cut above what you would expect as original equipment on a bike with this price tag.

Shorter riders will be happy to hear that the seat height sneaks in under the 800mm mark, but even for taller folk like myself, the riding position is not cramped. The reach to the ’bars is relaxed, as you’d expect from a nakedbike, and there’s a generous pillion perch. Unfortunately, that good-looking seat did not feel as good as I would have hoped after about 45 minutes.

An ABS on/off switch and race bobbins are a couple of random features – a gear indicator on the dash would have been a more welcome one.

And, sadly, what should be a great commuter thanks to its manoeuvrability is let down by a mirror height that somehow always matches that of the cars you’re trying to filter between. There are plenty of aftermarket solutions to address that little niggle.

But in the end, the BN302’s biggest problem has little to do with the bike itself, and a lot to do with the fierce competition it’s up against in this segment, especially BMW’s recently released and much-anticipated G310R, which costs just $100 more.

Italian allure is strong, but will it be enough to stand out from the crowd?