A swathe of new patents from Yamaha make it abundantly clear the tuning-fork brand is working on ideas for electric models across its entire range.

It’s latest patent application focuses on a small but important detail of any electric bike; where to position the charging socket. And while it might seem sensible to position it on top of the ‘tank,’ there are plenty of arguments to put it elsewhere.

One of Yamaha’s new designs, based on the 2015 PES2 concept, sticks to the conventional positioning, but where the PES2 concept featured a distinctive, hollow ‘tank’ you could see through, the patent shows that area packed with batteries. Two possible charging configurations are shown – one placed on the top of the tank, the other at the front of the right-hand side.

The patent also shows a motocross-style machine with a charging socket near the headstock, and an MT-07-based nakedbike with an electric motor instead of a petrol engine and the socket mounted under the pillion seat.

The firm has also filed two patent applications that show charging possibilities for fully-faired sportsbikes, using the shape of the 2009-2014 R1’s fairing. 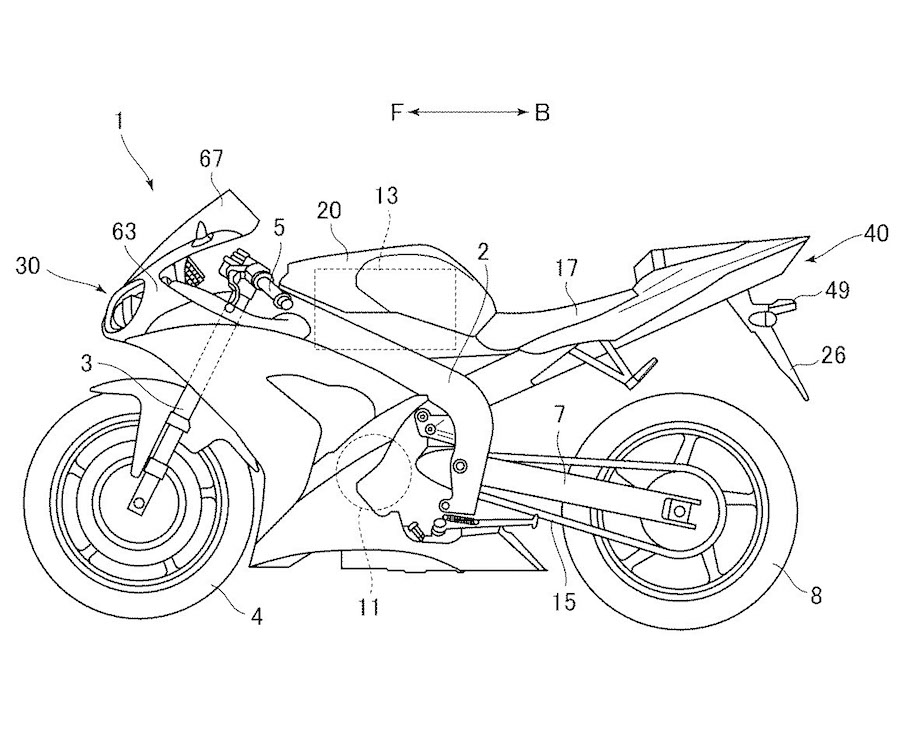 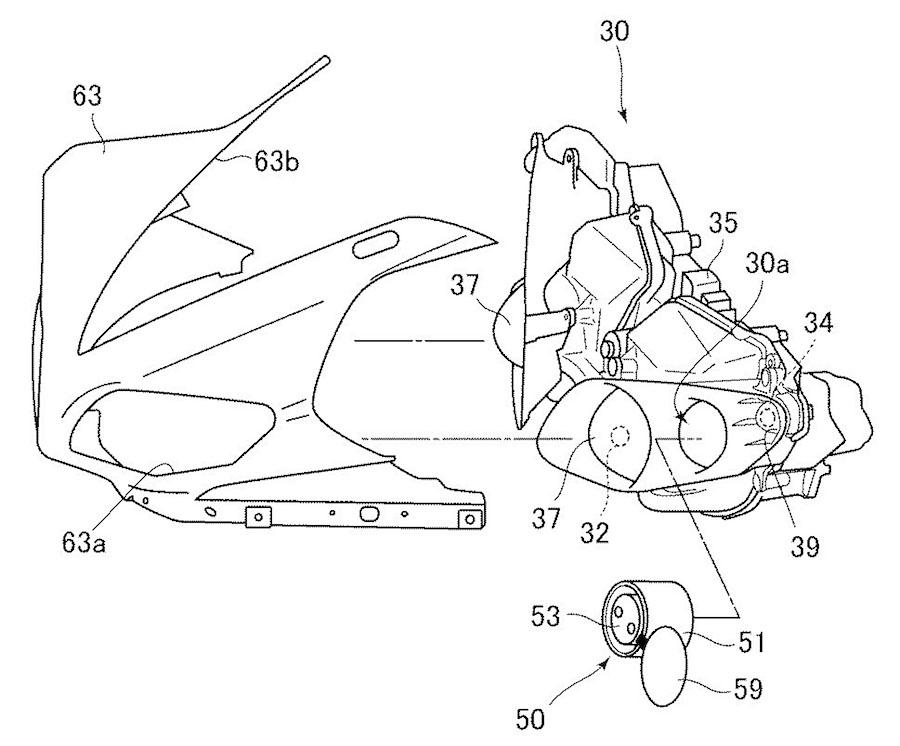