Razgatlioglu increases championship lead over Rea after round 10 double win

Toprak Razgatlioglu has taken two wins from two races to lead the WorldSBK Championship by 20 points over reigning champion Jonathan Rea.
The 10th round of the championship saw the tragic death of Dean Berta Viñales in the first WorldSSP race and all on-track activity was subsequently cancelled on Saturday out of respect for the 15-year-old Viñles Racing Team rider.
The Superpole race was cancelled, with Sunday’s schedule was reformatted to include two full-length 20-lap races. 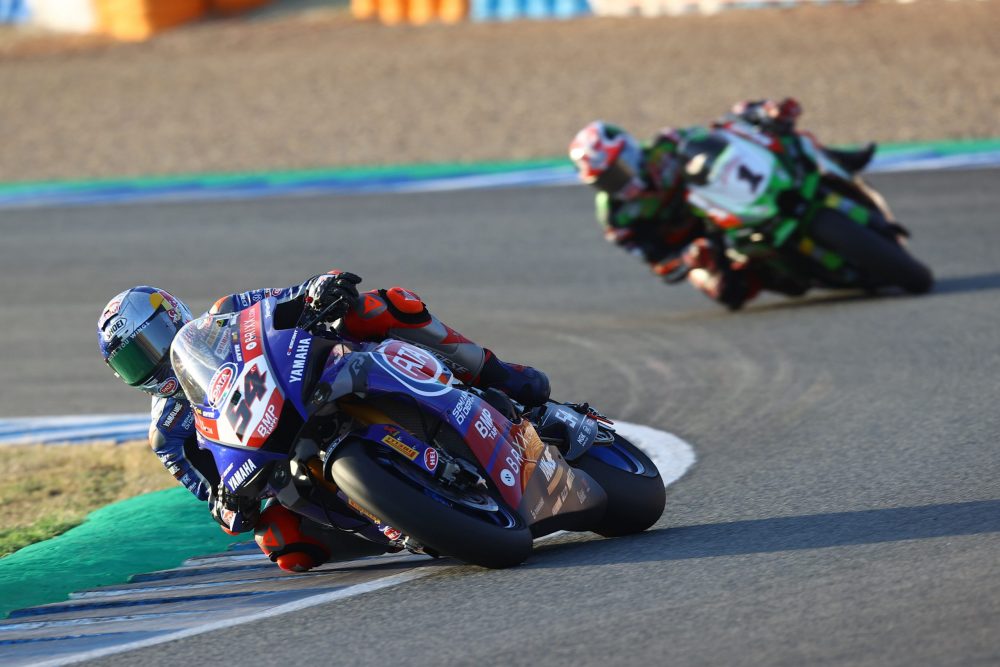 Rea took the lead and tried to shake Razgatlioglu but it was not to be and after one unsuccessful attempted overtake Razgatlioglu got the job done the second time around and eased out a lead that saw the Turkish rider win by just over 1.2 seconds from Rea.
In third place, Scott Redding (Aruba.it Racing – Ducati) played a waiting game behind long-time third-place rider Andrea Locatelli (Pata Yamaha WorldSBK Team) and scored another confident podium, with ‘Loka’ fourth – by miles the top rookie again.
Alvaro Bautista (HRC Honda) had a strong ride to fifth, albeit over eight seconds down on Razgatlioglu. 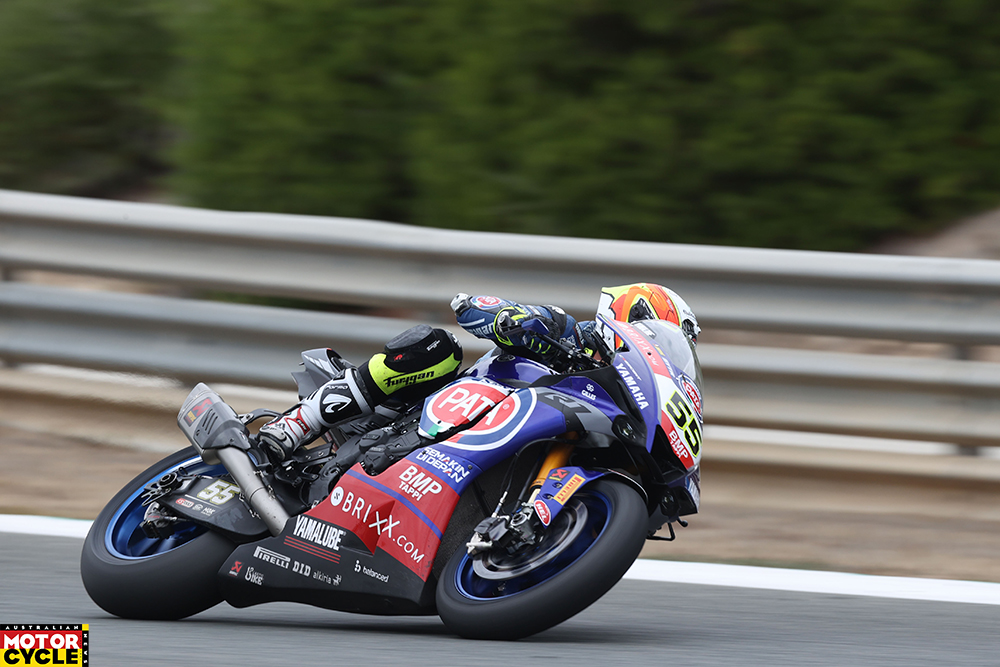 A great welcome back to the WorldSBK paddock for Loris Baz (Team GoEleven Ducati) saw him fight hard in the early laps but use all his previous WorldSBK experience well to finish sixth, as a stand-in rider for Chaz Davies. Loris was just over ten seconds from the win.
The top BMW rider was Michael van der Mark (BMW Motorrad WorldSBK Team) in seventh place, with Axel Bassani (MotoCorsa Racing Ducati) his shadow over the line in eighth.
Second place qualifier, despite his fractured right hand, Alex Lowes (Kawasaki Racing Team) finished ninth, with Garrett Gerloff (GRT Yamaha) tenth. 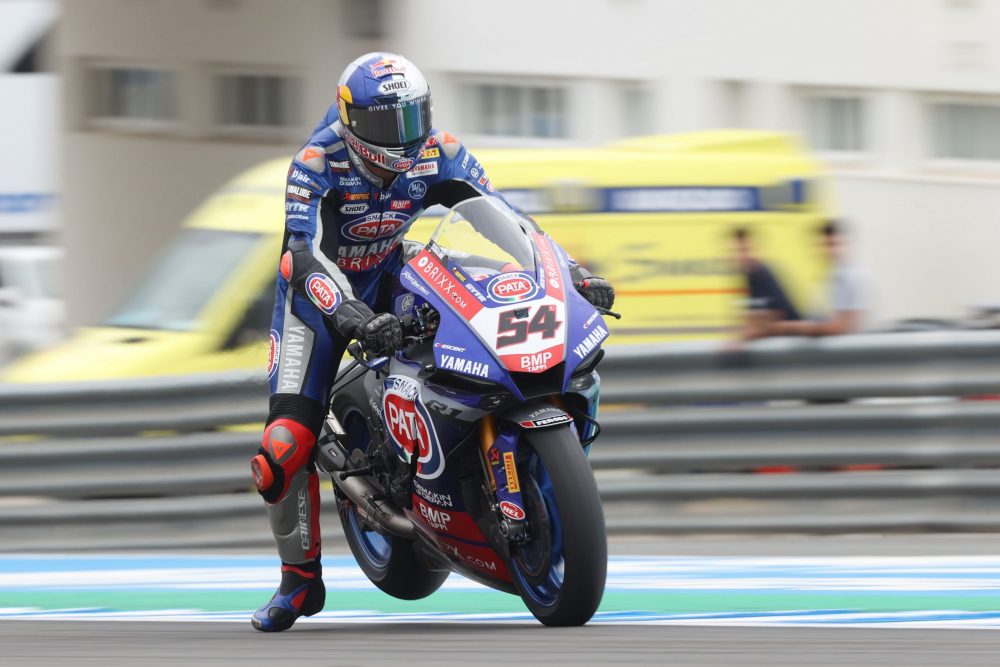 WorldSBK Race 2
Toprak Razgatlioglu (Pata Yamaha WorldSBK Team) ended up with a new rival to beat to take his second race win of the day as he held off the determined Scott Redding (Aruba.it Racing – Ducati) to win by just 0.113 seconds.
Redding had got past him but the Turkish rider moved ahead again and held enough pace going into the infamous final corner at Jerez to not let Redding make a final attack. 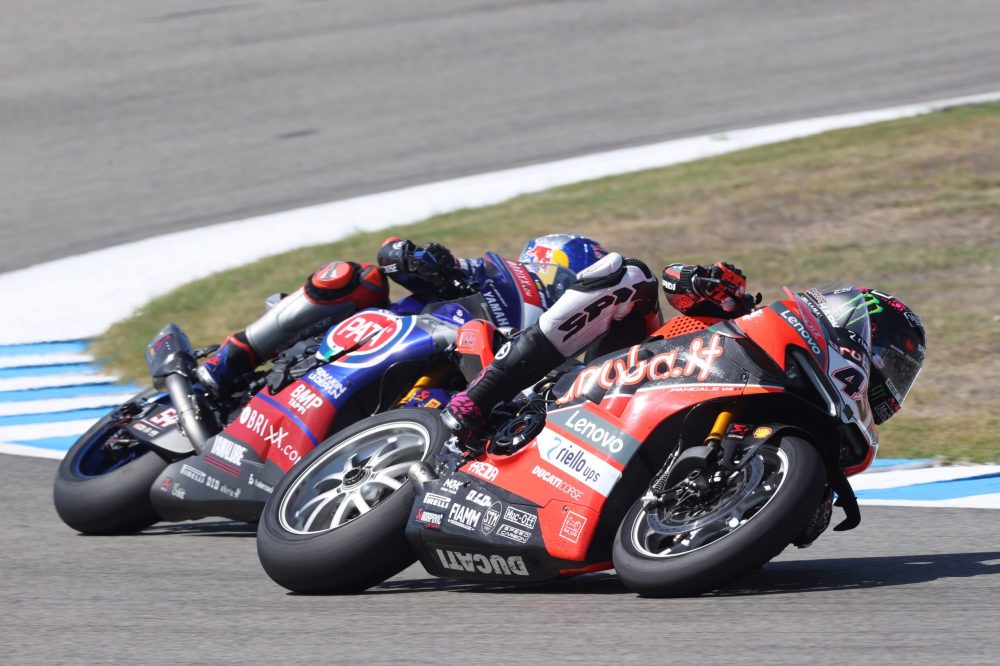 In third place Alvaro Bautista (HRC Honda) scored a popular home podium after also taking a top three finish at the previous round in Barcelona. Bautista had overalled expected podium rider Andrea Locatelli (Pata Yamaha WorldSBK Team) late on and give the entire HRC operation in WorldSBK another morale boosting top three result at an important time of the season.
With Locatelli fourth, early challenger Jonathan Rea (Kawasaki Racing Team) was fifth, having to fight off the challenge of privateer Ducati rider Axel Bassani (MotoCorsa Racing Ducati) for much of the race, as well as re-passing eventual seventh placed rider Michael Ruben Rinaldi (Aruba.it Racing – Ducati), who slowed considerably at the end. 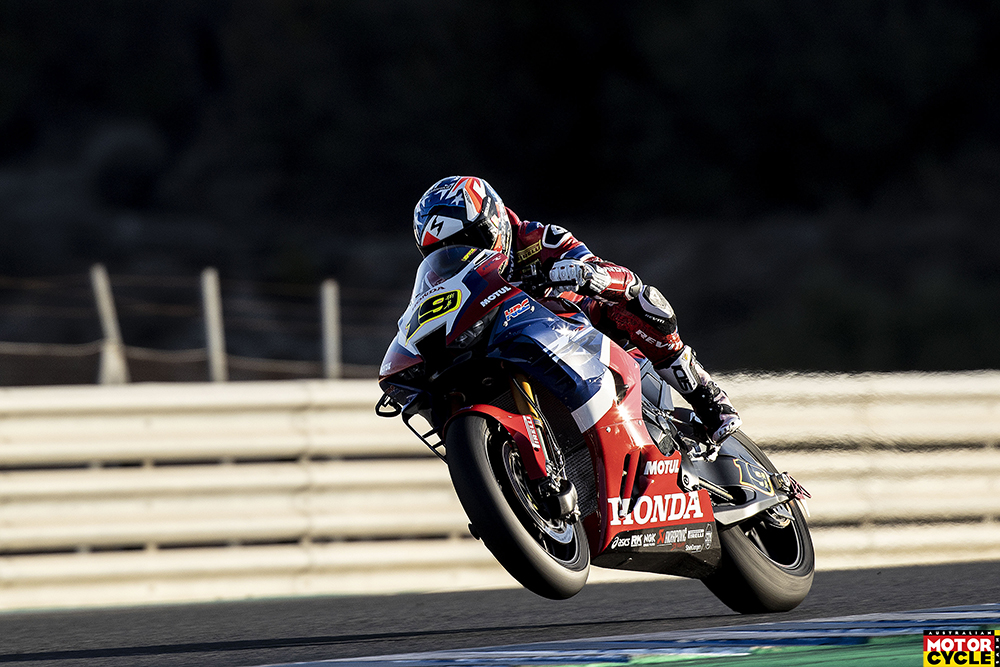 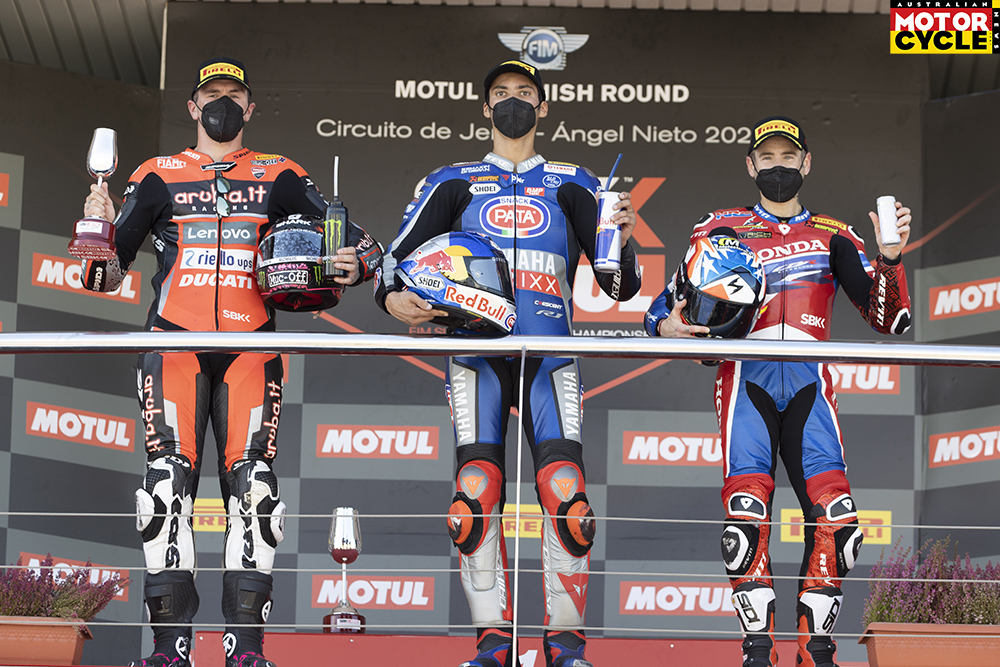 In the championship standings Razgatlioglu now leads Rea by 20 points, 449 to 429, while Redding is third with 375 and Rinaldi fourth with 227, equal on points with fifth-placed Locatelli 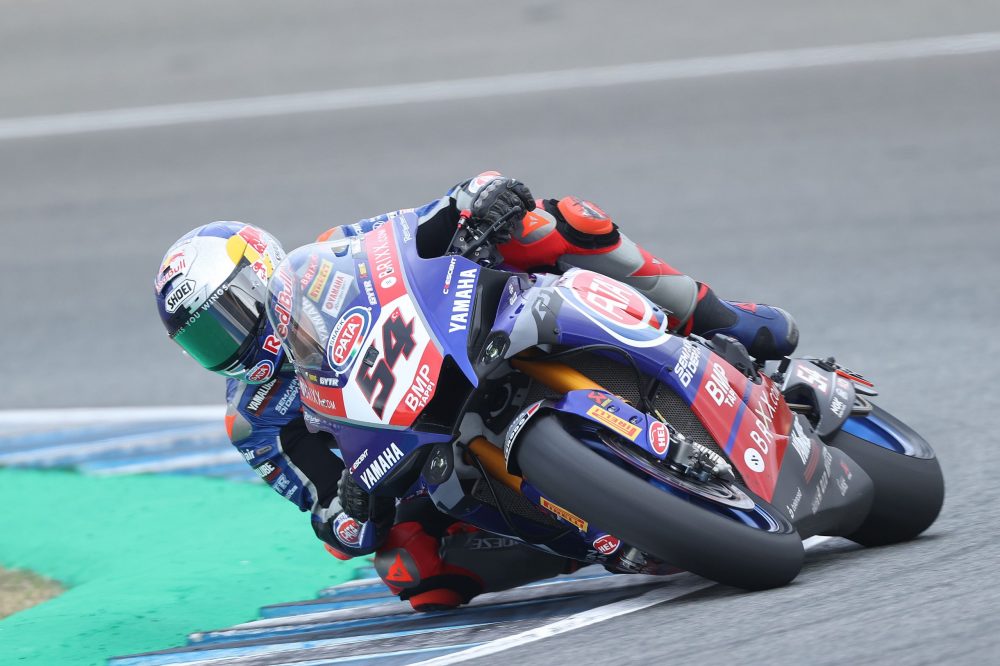