Hot on the heels of the launch of its all-new Speed Triple RS, Triumph has leaked vague video images of an 1160cc sports bike it calls the Speed Triple RR.

The video appears to show a half fairing and it doesn’t appear to be a full-on race replica despite the clip-on bars. We’re predicting power will be unchanged from the Speed Triple but perhaps upped with an ‘off-road use only’ exhaust so Triumph doesn’t have to re-certify its emissions.

The suspension and brakes probably won’t change much either, and the tank and tail unit are clearly unaltered. 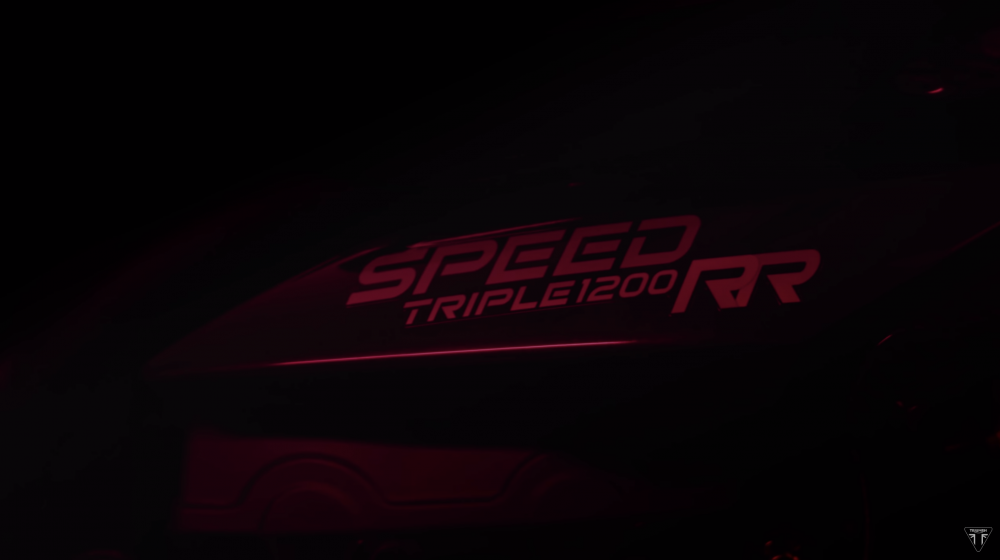