311 handcrafted MV Agusta Superveloce Ago machines will be produced, the first 15 of which are dedicated to Agostini's 15 world titles

He is the rider who holds the unrivalled record of having won 15 world championships and has been victorious in 311 Grand Prix races. Introducing Giacomo Agostini, an authentic icon of the era that regularly tempted fate at every corner, he has become a legend while continuously rocketing to the chequered flag. The bike is the Superveloce Ago, the most exclusive version among the limited-edition models. 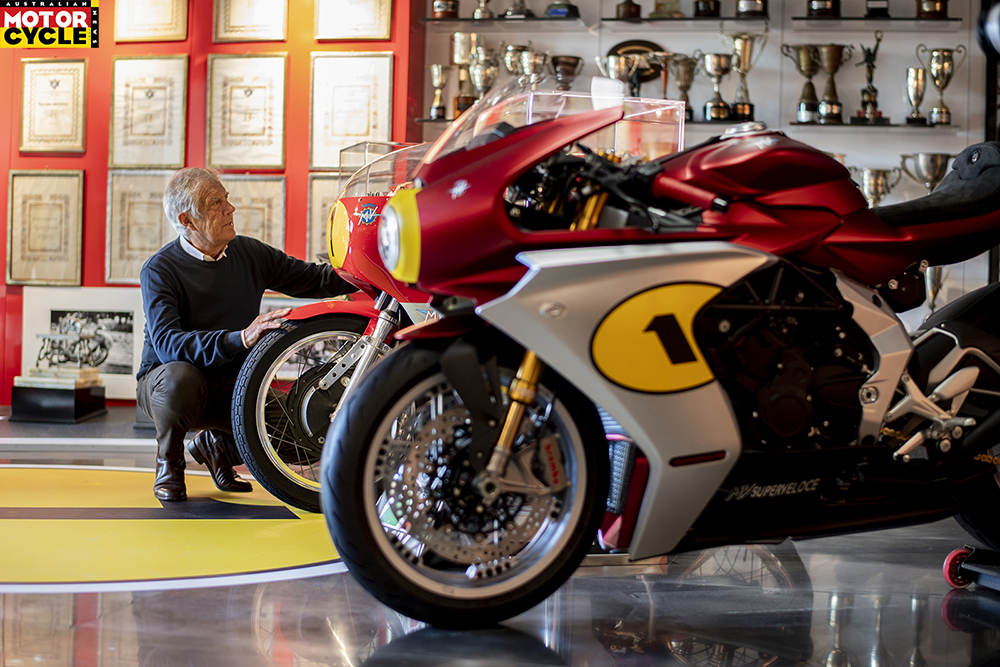 MV Agusta pays a tribute to the legend with a unique limited-edition series of the original Superveloce, now an even more exclusive top-of-the-range Superveloce Ago. Following the iconic MV Agusta F4 Ago and F3 Ago debut, the paths of the glorious Italian motorcycle manufacturer and those of the Bergamo-based world champion meet once again. 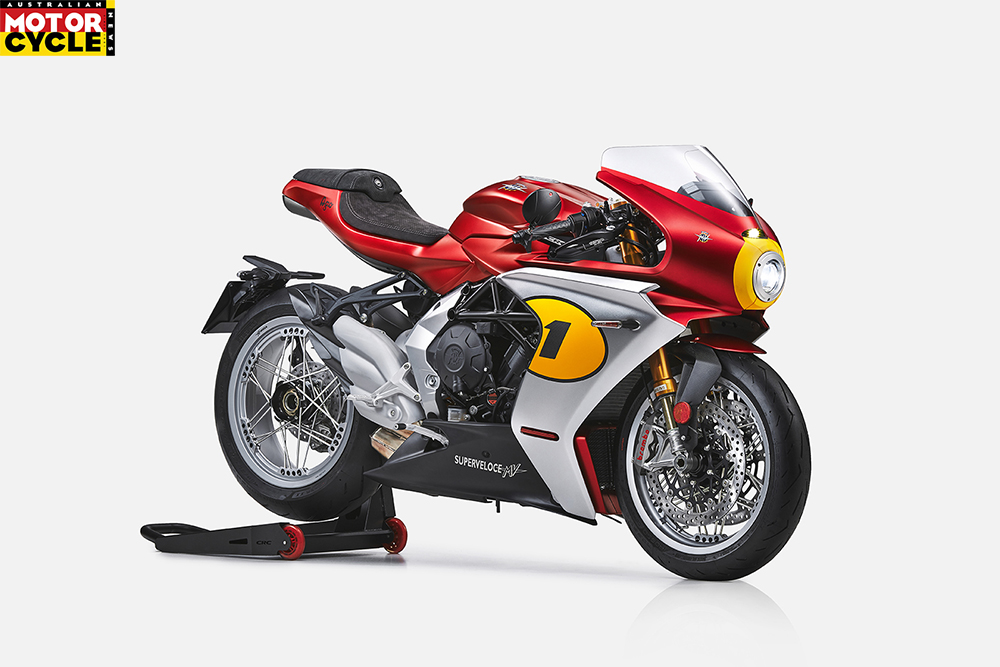 The reason? To give life to the most technologically advanced and exclusive Superveloce ever. Once again, a unique bike that will remain forever in the hearts of all the passionate motorcycle enthusiasts. 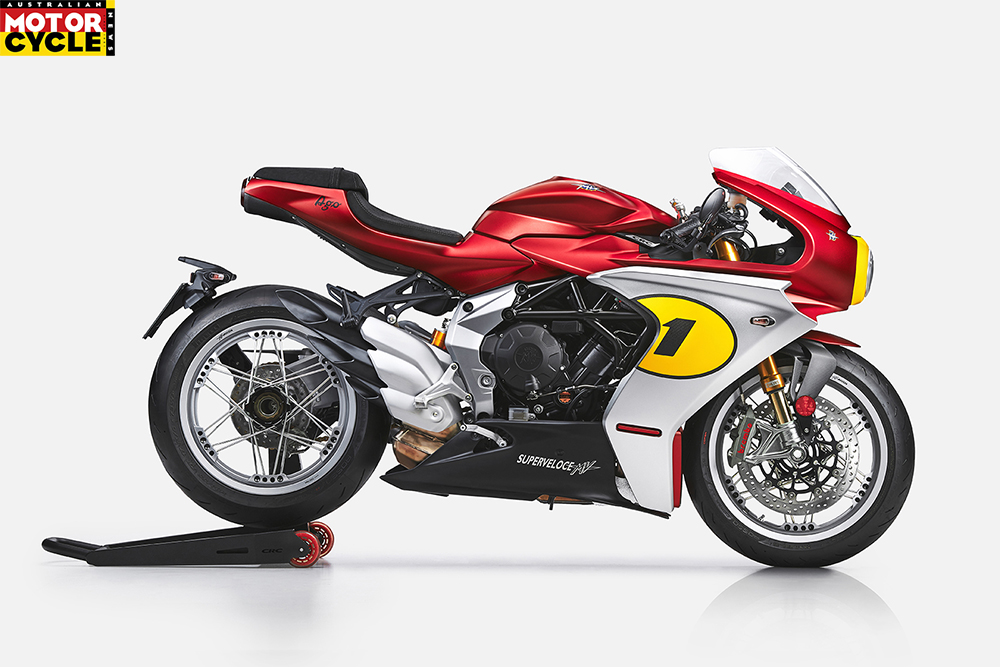 A UNIQUE PALMARES: 15 WORLD TITLES, 311 RACES WON
To celebrate every single one of Giacomo Agostini’s race victories, MV Agusta has handcrafted 311 units, the first 15 of which are dedicated to the 15 world titles won in his spectacular racing career. 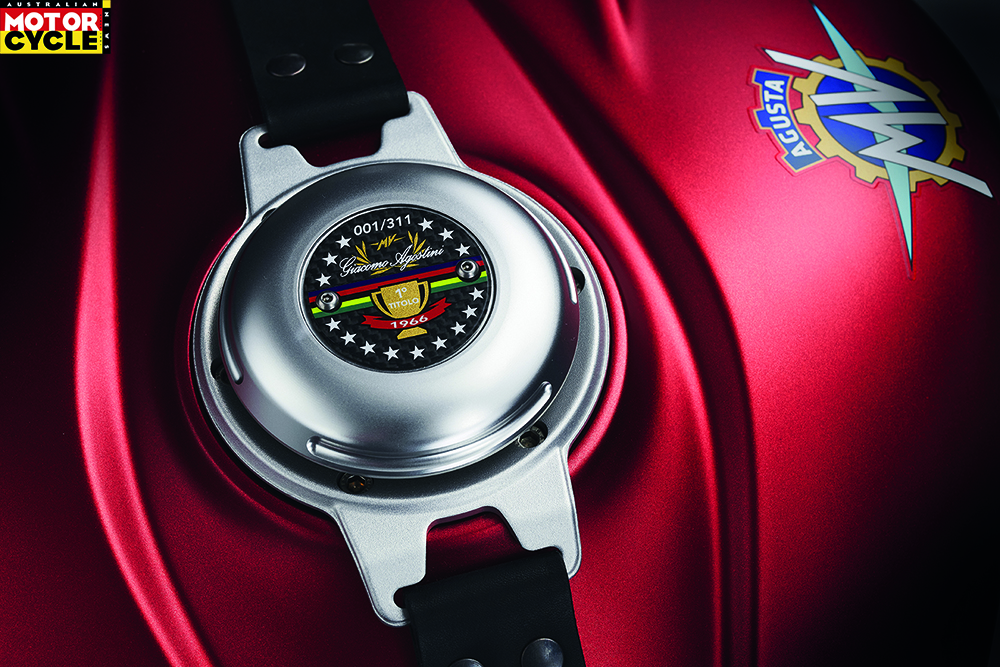 The elegant fuel tank, characterized by an unmistakable racing form thanks to the refined leather strap is offered with a celebratory carbon fibre plate. What’s more, this exclusive plate – available from 01 to 15 units only – has unique graphics carrying both the trophy and the year of the world title won by Agostini. The Bergamo-based champion’s personal signature represents a further indelible value which makes this piece of motorcycle art even more desired by collectors. 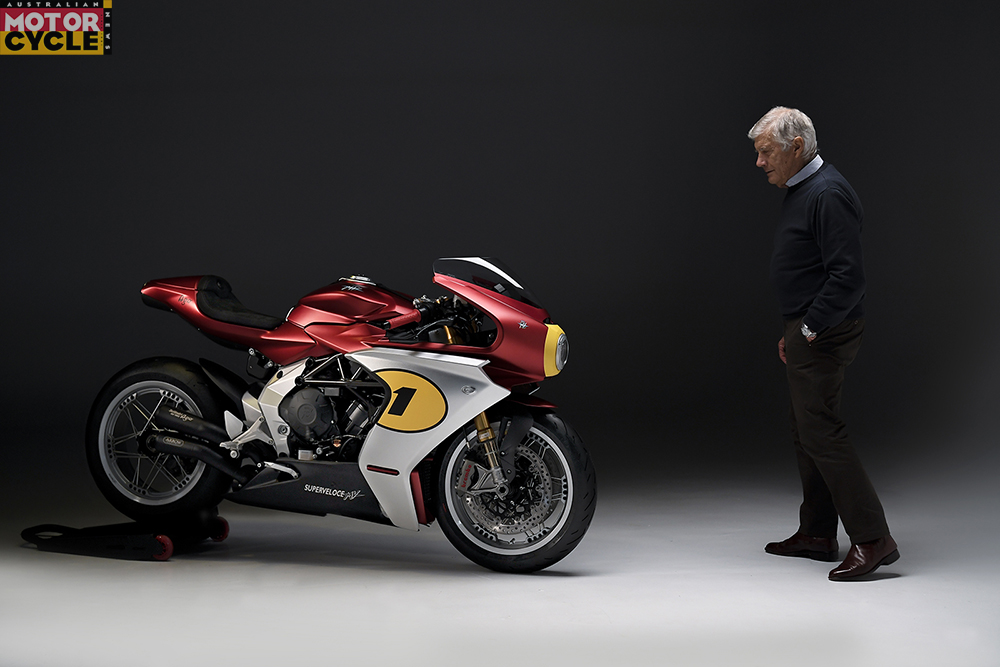 The new Superveloce Ago features a unique kit, which includes the captivating Arrow 3-exit exhaust system (homologated for road use) which is immediately recognizable by two silencers on the right side and one on the left. The triple exit right-side silencer is fitted as standard. 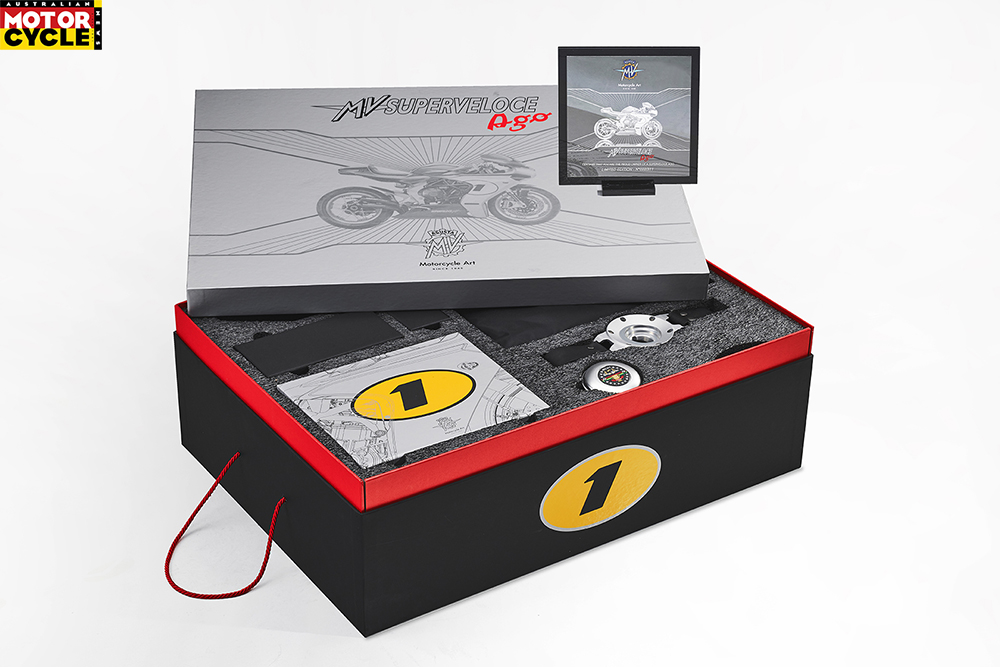 What’s more, the Arrow asymmetrical exhaust system not only significantly guarantees an increase in power and torque but also contributes to intensifying the Superveloce Ago racing character. Without a doubt, this new Arrow exhaust system was inspired by the racing bikes of the past, protagonists of many glorious victories. The dedicated Engine Control Unit with dedicated engine mapping is another exclusive element that allows the maximum performance of the exhaust system. One of the many details that make the MV Agusta Superveloce Ago kit unique are a pair of icon red handle grips, just like the ones used by Agostini, and the carbon fibre seat cowl fitted with an Alcantara pad. An exclusive bike cover, as well as a certificate guaranteeing the authenticity of the limited series, is also included. 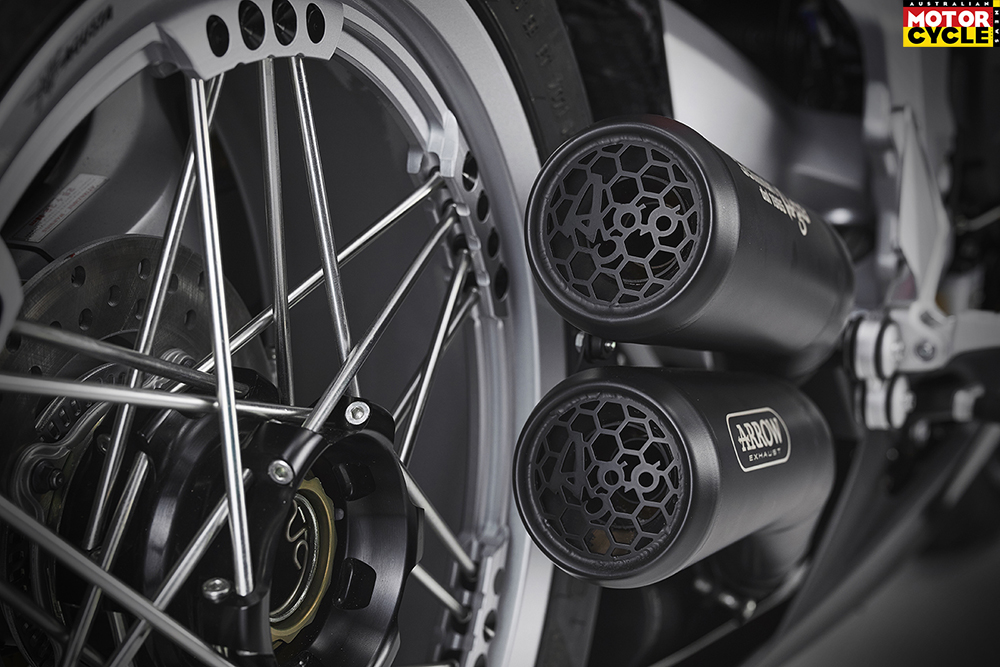 Register your interest here to be the first to find out when the Superveloce Ago will arrive. Pricing will be announced in the coming days. With only 311 units made worldwide, stock will be extremely limited. Don’t miss your chance to own the limited edition Superveloce Ago.
THE LEGEND LIVES ON… 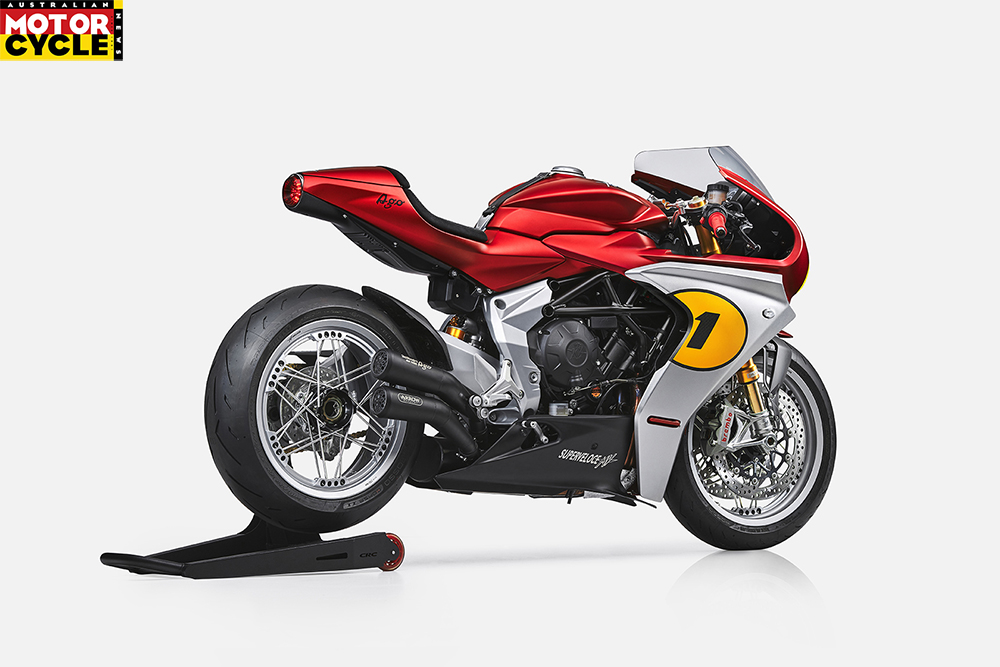