Australia is on top of the speedway world.

Australia has won the FIM Speedway of Nations 2022 World Championship which culminated at Vojens, Denmark on Saturday 30 July. It had been 20 years since Australia had last won a world team title but the long wait came to an end in dramatic circumstances, as a number of nations performed at a level not expected of them.

In the two semi-final meetings, the top two automatically qualified for Saturday’s decider with the third and fourth placed scorers racing off for the last qualifying berth in the final, with all races scored on a 4,3,2,0 basis. Both meetings produced congested scorecharts, one nation riding above expectations while one of the favoured nations struggled before progressing to the final.

Despite still naming Doyle as number one for the final, it was Jack Holder who joined Max Fricke on track in all eight races, a decision surely vindicated as a career-best effort by Holder was crucial on their way to victory. The Aussies stepped up after being in sixth place after two outings to earn a berth in the final qualifier for the second and third-placed teams.

Great Britain (32) finished on top even though they had only Robert Lambert and Dan Bewley after Tai Woffinden was ruled out with an injured back suffered in an exercise session after the team line-ups had been locked in.

Finishing tied on 30, Sweden had beaten Australia (Fricke 11 and Holder 19) in their heat clash which gave them choice of gate positions for the final qualifier. Other scores were host nation Denmark (28) ahead of Czech Republic (27), Poland (26 – of which Bartosz Zmarzlik scored 20) and Finland (16). 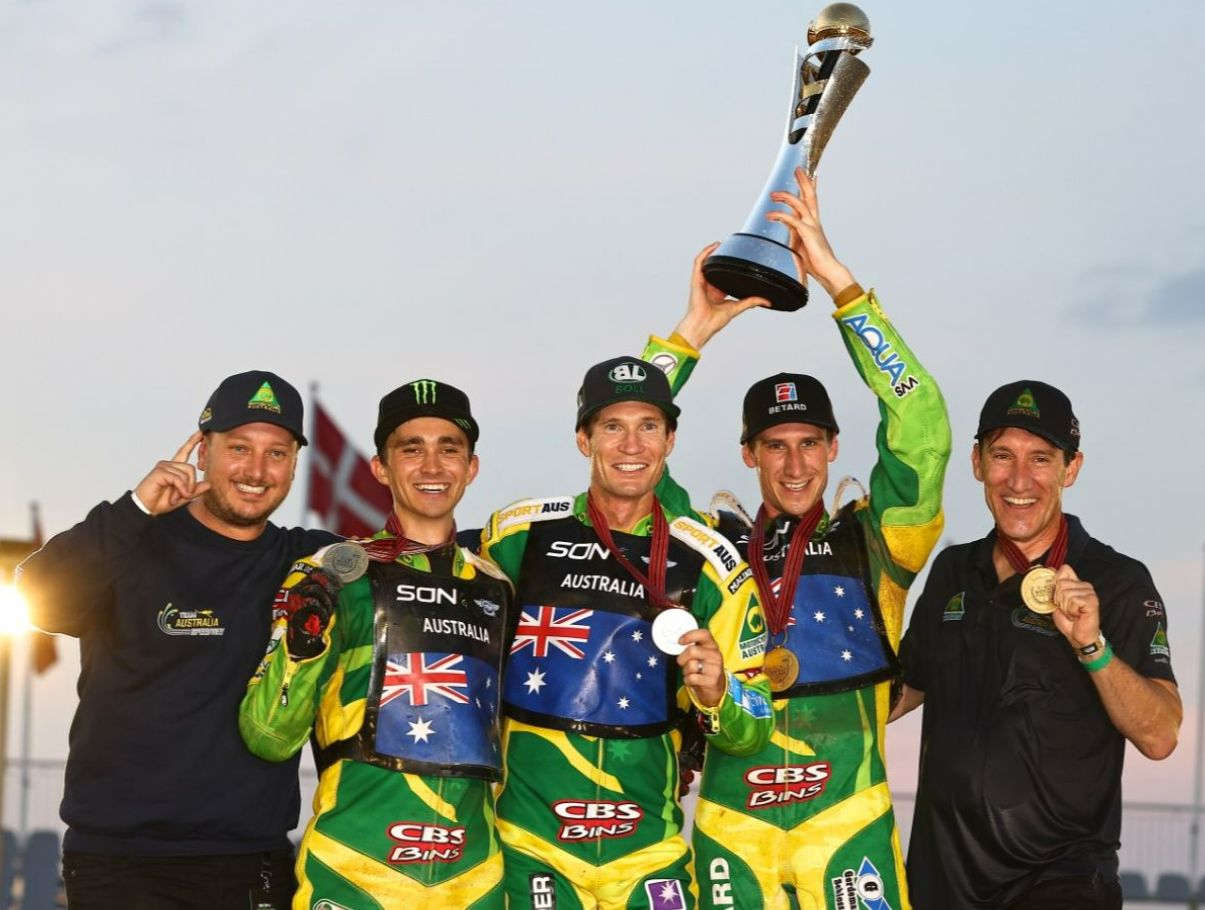 The Aussies looked safe in the final qualifier with Holder leading, but Fricke was challenged for third which led to a controversial decision, in the eyes of some. As Fricke was inside Oliver Berntzon there was very minimal contact between them and the Swede went down – went down very easily it must be said. Nevertheless there was a nervous wait before the Swede’s exclusion light came on to confirm the Aussies were going to the final.

Jack Holder was stoked with the victory, “When I was on that last whole lap, I was yelling underneath my helmet. We’ve been waiting so long for this one. It’s my first season or year in it and… it’s awesome!”

Max had much praise for Jack’s efforts, “We’re stoked we were able to make it into the final. Jack’s been riding unreal all night- so hats off to him and a big shout out to all of us, you know, Team Australia and Lemo (Team Manager Mark Lemon) especially.”

The Brits had choice of gate positions for the final but when the tapes rose Fricke and Holder burst clear and comfortably held off the efforts of Bewley and Lambert. Getting out of bed before 3am on a cold morning has never been more rewarding for Aussie fans at home.

Congratulations to the Speedway of Nations 2022 winners.