What we are trying to accomplish, in our own bumbling and gentle way, is world domination.”

So says Royal Enfield’s Siddhartha Lal – not the sort of on-the-record quote you expect from a CEO, especially one whose company is already a world leader in the middleweight motorcycle segment with production figures in excess of 800,000 units for 2017. To put that number into perspective, it’s almost eight times the total number of motorcycles and scooters purchased in Australia per year. But it’s this frankness and a desire to keep motorcycling simple that is endearing Lal’s brand to a growing number of riders. There’s no IMU, TC, DTC or ESP on a Royal Enfield, the only acronym used at the company HQ is KISS – keep
it simple sweetheart. Since taking control of the then moribund marque in 2000, Lal’s mantra has remained the same. For him, motorcycling is becoming too complicated; people are yearning for the simplicity of riding that existed from the 1950s through to as late as the 1980s. And if you think this is just an excuse to justify building basic motorcycles, a look inside the company’s new multi-million-dollar technology centre will quickly change your mind. These days it takes a massive investment to make simplicity work.

Lal’s passion for the pure joy of motorcycling is contagious, and it has spread to his workforce. Many of the 125 staff presently employed at Royal Enfield’s Bruntingthorpe technology centre paid for their own tickets to Milan just to be present at the unveiling of the new Interceptor 650 and Continental GT 650 models they had been working tirelessly on for the past few years. They were the same staff members I spent a Sunday afternoon chatting with while they cheerfully beavered away at their workstations – no one was grumbling about long hours or working on a Sunday. The two all-new models Lal believes will bring him a step closer to world domination are the Interceptor 650 and Continental GT650.

The Interceptor 650 is a roadster, designed to reflect the fun-loving USA during the Swinging Sixties, a time when British twin-cylinder bikes ruled the roads and racetracks. Its retro design features a classic 12.5-litre teardrop-shaped fuel tank with heritage Royal Enfield badge, 18-inch wire wheels, a wide and high-set handlebar and quilted twin seat. It will be available in three heritage colours: Orange Crush, Ravishing Red and Silver Spectre.

The Continental GT650 is a café racer with hints of London’s Ace Café scene in the 1960s. It has similar styling to the 535cc single-cylinder Continental GT, which itself was modelled on Royal Enfield’s 1967 250cc model of the same name. The GT650 features clip-on handlebars, rearset footpegs and an upswept exhaust, and while it looks very similar to its single-cylinder sibling, the two have almost nothing in common component-wise. Simon Warburton, head of product and development, explained that the rigorous testing regime conducted simultaneously in India, Europe, and the UK is unique to Royal Enfield.

“In Europe, it’s much cooler, and the roads are faster. In India, it’s much hotter, and the average speed is much slower so we needed to design a bike that can do both well.” Royal Enfield president Rudy Singh said the new models had been designed to appeal to two distinct markets but with the same goal: to deliver pure motorcycling enjoyment. In developing markets such as India, South East Asia and Latin America, a Royal Enfield 650 will be viewed as an extremely powerful model. While in developed markets such as Australia, North America, and Europe the same motorcycle will be simple, fun and great value. Finding that sweet spot is what excites Singh.

“I’m excited about every motorcycle we sell,” Singh explained. “When we sell a single motorcycle in Europe, I want to speak with that buyer and find out what it is that made him or her choose Royal Enfield. We sell more than 800,000 motorcycles per year, but every sale is exciting.”

When pressed on why the new model is powered by a 650cc engine and not the 750cc unit many expected, Lal revealed that a 750cc engine was never in the running.

“At early concept stage it was a 600cc not a 750cc, because we believe 750cc is a crowded market,” he said. “We are not about super-fast motorcycles or heavy cruisers, we are about fun motorcycles. This new 650 twin has been a dream of ours for over a decade, and now it’s here.” 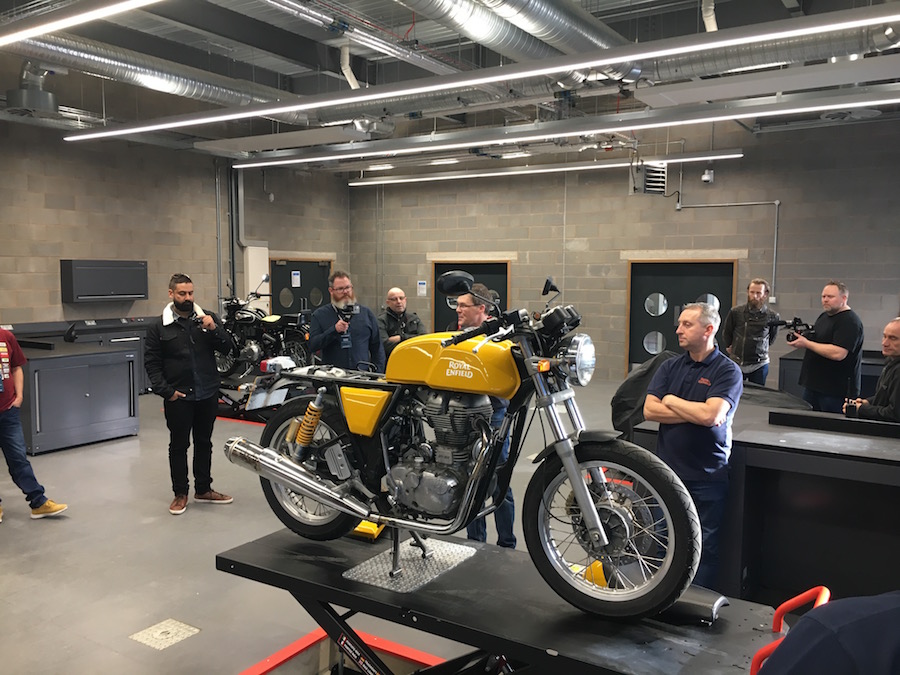 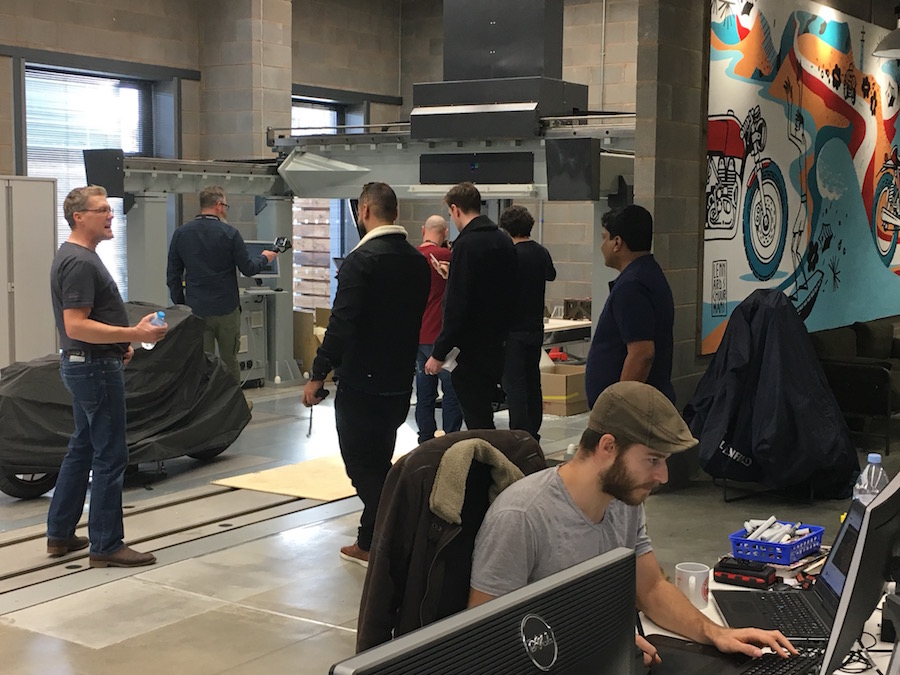 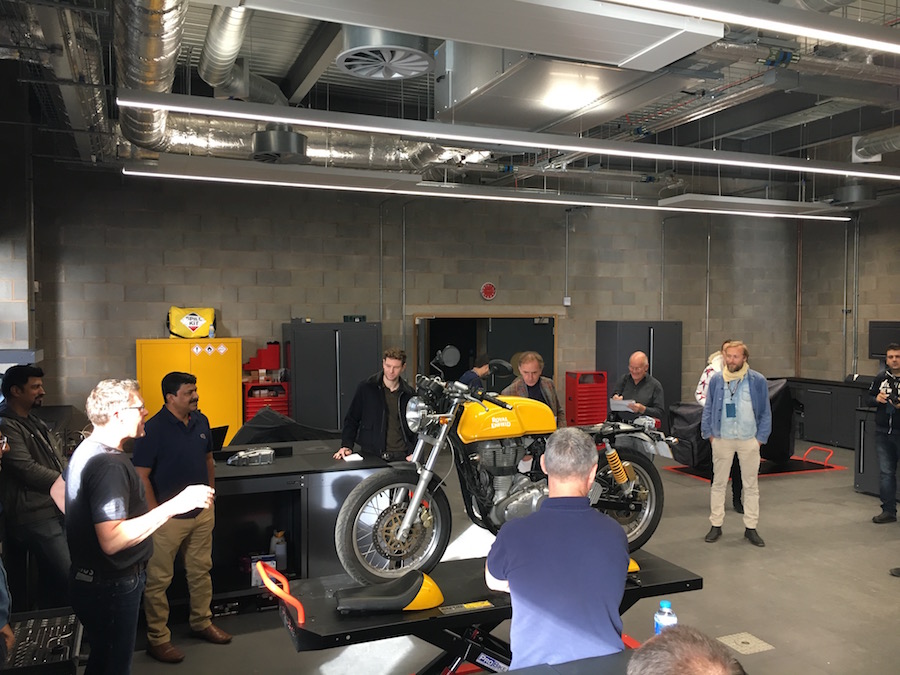 The two new models are presently in the final stages of pre-production with Australia, Europe, and North America first on the distribution when the bikes start rolling off the production line in April 2018.

Australian pricing is yet to be announced, but brothers Joey and Al Elasmar, the owners of Urban Moto Imports who distribute Royal Enfield in Australia said: “We are working hard to keep the retail price under 10K for the 650 twins, and should be able to confirm the exact price later this month. Our target is to have the bikes on dealership floors by mid-2018. The new 650 twins will be sold with a two-year warranty and two years’ roadside assist. A full range of accessories will also be available at the time of release.” 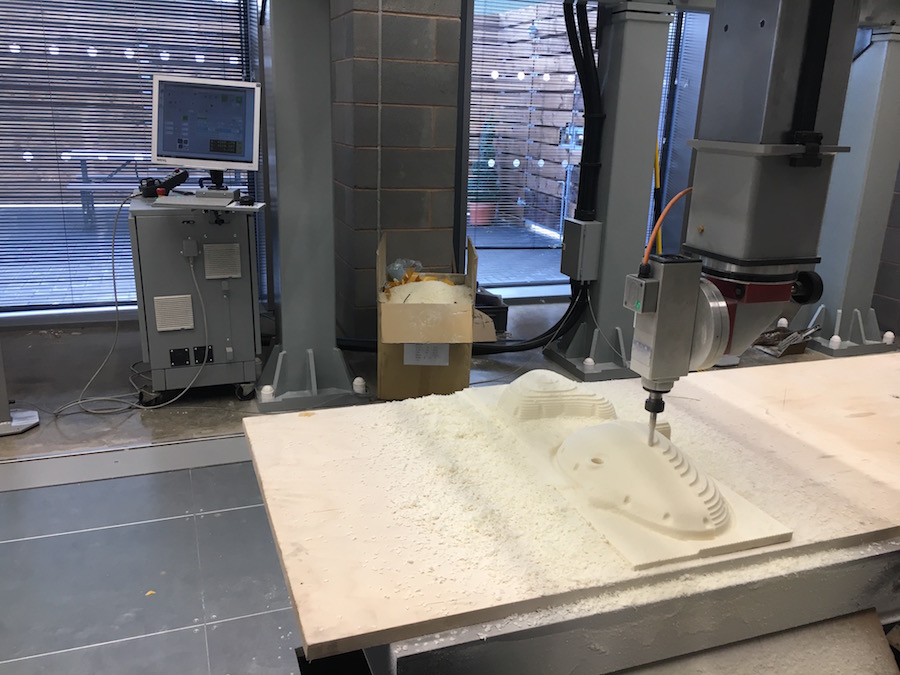 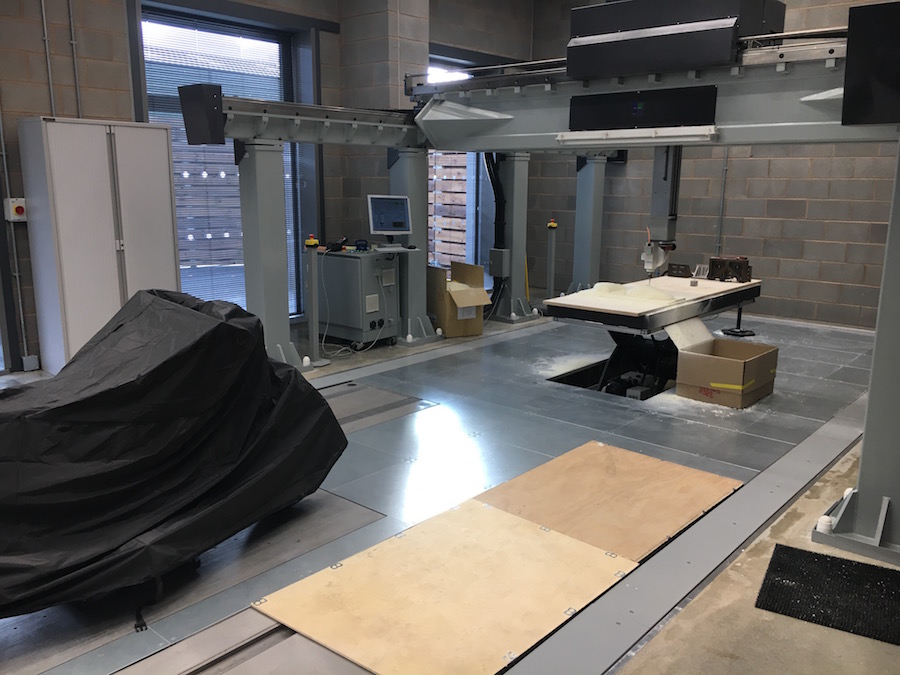 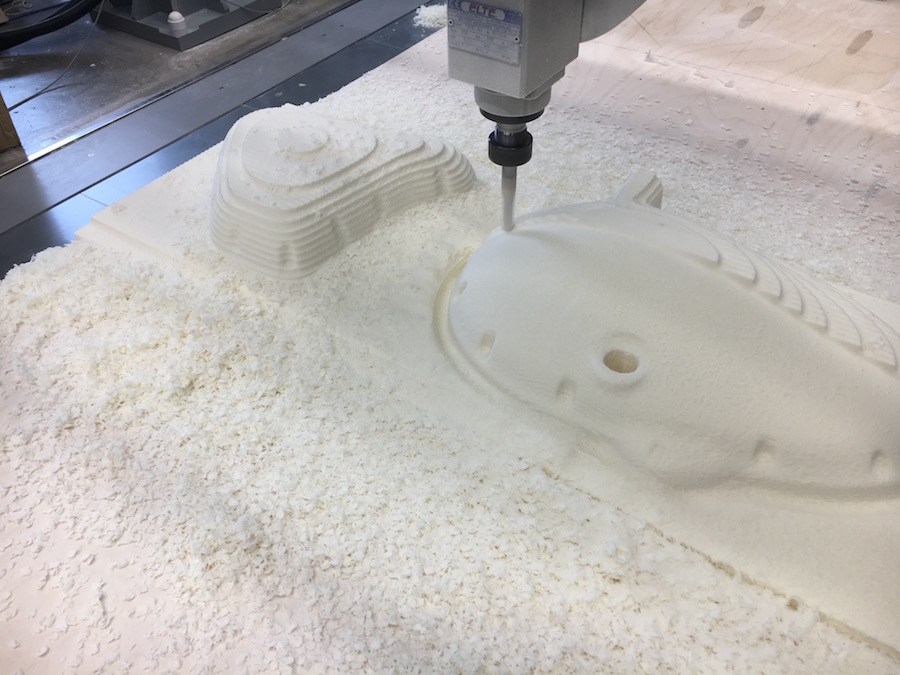