Yamaha’s MT-09 was something of a revolution for the firm when it was launched in 2013. A three-cylinder engine, bargain price and strong performance made for a compelling offering and worldwide sales have reflected that.

For 2021 it’s set to get the biggest update in its short life, with a bigger, cleaner, more powerful engine and a completely new chassis and styling.

The engine, while still a triple and based on the same design as the existing model, grows from 847cc to around 890cc – as revealed by German type-approval documents that show the 2021 model’s codename is ‘MTN890’ instead of the ‘MTN850’ of previous iterations. The same documents also reveal that the bike’s peak power rises from 85kW to 88kW, while its emissions are slashed significantly, particularly when it comes to NOx and hydrocarbon output, in line with Euro 5 emissions rules that come into force in Europe on 1st January next year.

The new look and chassis are hinted at in a teaser video from Yamaha, which gives momentary glimpses of the 2021 MT-09. The clearest look actually comes in the form of a design-style line drawing, which reveals a new aluminium beam frame instead of the more complex-looking cast-alloy design of the existing MT-09. It’s a sportier-looking chassis, similar to the R1’s, hinting that the MT is taking on a more serious role as a stepping stone towards Yamaha’s superbike or its MT-10 naked bike spin-off.  The swingarm is also new, losing the top mounted brace of the current MT-09 and taking on a thicker main section instead.

It looks like the wheels are new Y-spoked designs, while the exhaust is a belly-mounted system with no large side-mounted end can.

The teaser also shows the new MT-09’s headlight, which brings a new look to the MT range. Instead of the insect-eye lights of the current models, it has a single central main bean flanked by two slanting strips of LED running lights. It’s a look that other MT models are sure to take on in years to come. There’s relatively little bodywork. As on the current model, we get a glimpse of air intakes on the side of the fuel tank, while the seat is short and stubby with an elongated licence plate hanger mounted at the back rather than the swingarm-mounted version of the current MT-09.

With Yamaha’s teaser campaign already underway, more details are sure to emerge soon, with the bike likely to appear in full within weeks. 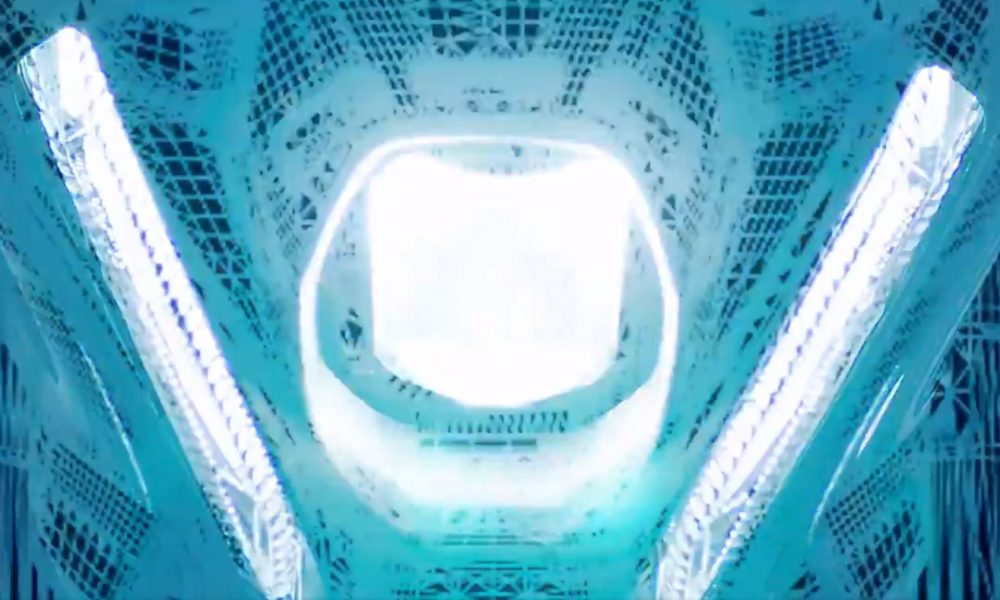