World Superbike has some great riders and some great racing, but half-empty grandstands at many races suggest the series is falling deeper into the shadow of its more glamorous brother, MotoGP.

Dorna has owned WSBK since 2012, not because it wanted to own it, but because the championship was owned by Infront Sports, which was bought by Dorna’s owners Bridgepoint, primarily for its football assets.

World Superbike certainly hasn’t grown since it came into Dorna’s hands. Is that because Dorna doesn’t spend enough money on promotion or some other reason?

One thing is for sure: Dorna is now making big plans to shake up the series. It is introducing an all-new 300cc Supersport championship in 2017 and the latest idea is to replace World Supersport with a naked class that harks back to the early days of superbike racing, when Freddie Spencer and Eddie Lawson wrestled monstrous high-handlebar streetbikes around Daytona. Both new championships reflect global market trends, with nakedbikes increasingly popular and small-capacity machines selling in huge numbers in the burgeoning South East Asian market. 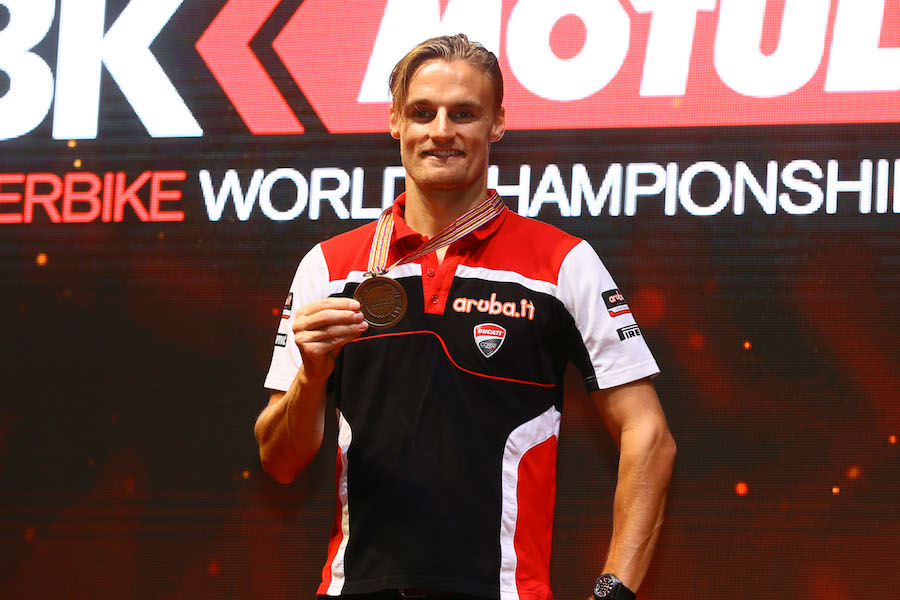 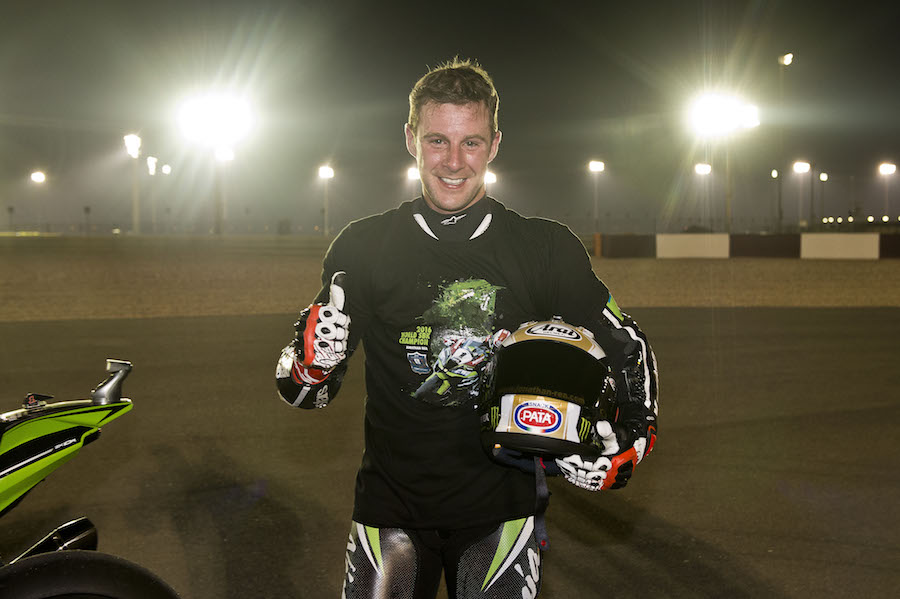 “Naked bikes could be the future”

Dorna’s WorldSBK Executive Director Javier Alonso has big plans, not only to shake up World Superbike but also to grow racing as a whole. After all, Dorna controls motorcycle racing across the globe, so it needs the sport to expand to keep making money. Beyond MotoGP and WSBK the Spanish company runs the CEV Junior World Championship, the Red Bull Rookies Cup and the Asia Talent Cup. It is also involved with the MotoAmerica series.

“One thing we say to the manufacturers is, let us know what you want to do because World Superbike can be whatever you want to sell,” says Alonso. “We are here to run racing but we are also here to help the manufacturers sell their products, so if they want to do naked, underbones [Cub-style scooters, which are huge in Asia] or even a big scooter class, we are ready to talk with them and see what we have to do. Anything is possible.

“I can’t say when, but we will have a class with nakedbikes, instead of World Supersport. It could be the future. It will start as a replacement of Supersport and then we’ll see how it goes.

“The thing is that sales of superbikes are going down and sales of 600s have disappeared. But I recently had a meeting with the vice-president of Kawasaki who he said it’s important for them to sell superbikes because it’s a marketing strategy for the whole group. Honda have the same view with the Fireblade.

“We want to change the dynamics to increase the base of the racing pyramid. What we want is to have as much motorcycle racing as possible, not just World Superbike but racing in general. MotoGP works very well and we have fantastic audience figures all over world, but if we don’t work to help the development of racing, then in 20 years, racing will be finished.

“What we see going on in Thailand, Vietnam and Indonesia is unbelievable. They are where we were 30 years ago, so we need them and we need to go there and see what they want: whether it’s underbones, 300s or whatever. They are selling more and more bikes in that part of the world, so the Sepang MotoGP round is now a sell-out event and the Thai Superbike round is amazing. You see people drag racing with scooters – unbelievable machines – outside the circuit on Saturday night. We want those people to transfer to racing.

“Back in Europe it’s good that things are moving in the smaller classes. For example, racing in the Italian R3 Cup costs 15,000 Euros for the whole season, including the bike. That’s something many parents could afford for their kids. If the cost is 200,000 Euros [which is what a CEV Moto3 ride costs] for sure they will go and do something else!” If the naked class due to replace World Supersport is a hit, how about replacing World Superbike with nakedbikes? Many manufacturers now sell more nakedbikes than superbikes, with their top-of-the range nakeds using similar spec engines, chassis and electronics, so there’s certainly a marketing reason to make the change.

And naked superbikes would give WSBK a whole new visual identity that would make it look very wild and totally different to MotoGP. Or is this just nostalgic nonsense, a rose-tinted longing for the days of Fast Freddie and Steady Eddie? And does racing 200 horsepower naked bikes make sense?

Double WSBK champion Jonathan Rea isn’t totally opposed to a change in machinery, at least once he’s got his head around the idea.

“As a rider it’s good to ride the most exotic superbikes around, so why would I want to race a dumbed-down version of the top model?” he says. “It would be nice and nostalgic, but we’re in 2016, so it would be hard to accept such a change, just to be different from MotoGP.

“But then again, if there was a nakedbike class and it made sense, I’d turn up and race and try to win. I wouldn’t take my toys and go home if Kawasaki told me we’re not racing superbikes next year, we’re racing a Versys 650 or we’re racing adventure bikes and we’re going to have a table-top on the back straight at Jerez and then we’re going off the track at the Dry Sack hairpin and over the hills on the dirt.” Chaz Davies is less convinced (but then he’s not as talented a motocrosser as Rea!). “Introducing nakedbikes for a lower class, why not? If that’s what the manufacturers want and it creates more interest in the championship, fair enough. But WSBK isn’t club racing. I grew up watching racing bikes: 125s and World Superbikes, like Ducati’s 916. Naked superbikes definitely wouldn’t excite me. MotoGP is a spectacle, it’s the crème de la crème but I don’t think people turn off World Superbikes because it’s too like MotoGP.

“The current superbike rules are a really good showcase for the showroom bikes because our bikes are closer to stock than they’ve been for years. Also, it’s really good that we can develop the electronics, introducing new strategies and so on, which all goes feeds through into production models. MotoGP can’t do that with control software, so World Superbike is now the development platform the manufacturers need.”

The reality, of course, is that the riders won’t decide – the big decisions will be taken by Dorna, Kawasaki, Ducati and the rest. If the manufacturers want to promote nakedbikes, or whatever, then they will wave big, fat pay cheques in front of the best riders. And there aren’t many riders who will turn down a big, fat pay cheque…

What else needs to be done?

WSBK’s TV audience of 40 million is about 10 per cent of MotoGP’s. The championship’s 2015 trackside attendance is better by comparison, at 575,000 fans in 2015, against MotoGP’s 2,717,000. Social media shows the starkest difference: WSBK has 100,000 followers on Twitter, MotoGP has 1.9 million, which suggests a younger audience hooked on iPhones, rather than ZX-10Rs.

Even Britain, which has nearly always dominated the championship, but more so now than ever, struggles to get excited about WSBK. Back in Carl Fogarty’s glory days, more than 120,000 fans flocked to Brands Hatch to watch King Carl in action. In 2011 the Silverstone WSBK round attracted 64,000 fans. By 2013 it had slumped to 28,000, although last May’s Donington round showed an increase to 35,000. Meanwhile, September’s Silverstone MotoGP event attracted 155,000 fans.

The contrast in WSBK/MotoGP audience figures is huge but does it actually matter? Perhaps small really is beautiful.

Chaz Davies thinks the two championships don’t even bear comparison. “World Superbike and MotoGP are different – Superbike isn’t a rival series, it’s a feeder series.”   Jonathan Rea says there’s one important factor about WSB that most people never consider. “I think the big thing is that the championship is very sustainable. It’s probably doesn’t make huge amounts of revenue for Dorna, but it is sustainable, which is important for riders, teams and sponsors. I know Dorna prop up the independent teams in MotoGP, but WSBK is affordable for all the teams up and down the pitlane.”

Davies would like to see better promotion to fill the grandstands. “We’ve got good racing; now we need hype and promotion. Dorna leave a lot of that to the local promoters and something isn’t working there – people aren’t doing the work to drum up interest. So something needs to change at Dorna to make the promoters attract more people to the races. World Superbike isn’t in the best of states but I think the racing itself is in a good state.

“Some rounds, like Imola, are really busy and have a real buzz to them, but about half the rounds need to be busier. You go to Jerez and Aragón and you realise that superbike racing just doesn’t really exist in Spain.”

The same goes for television audiences, according to Rea. “WSBK is a completely different product to MotoGP, so when you try and adopt a MotoGP philosophy, like pay-per-view, video passes and restrictive media rights, it’s difficult to attract a new audience.” 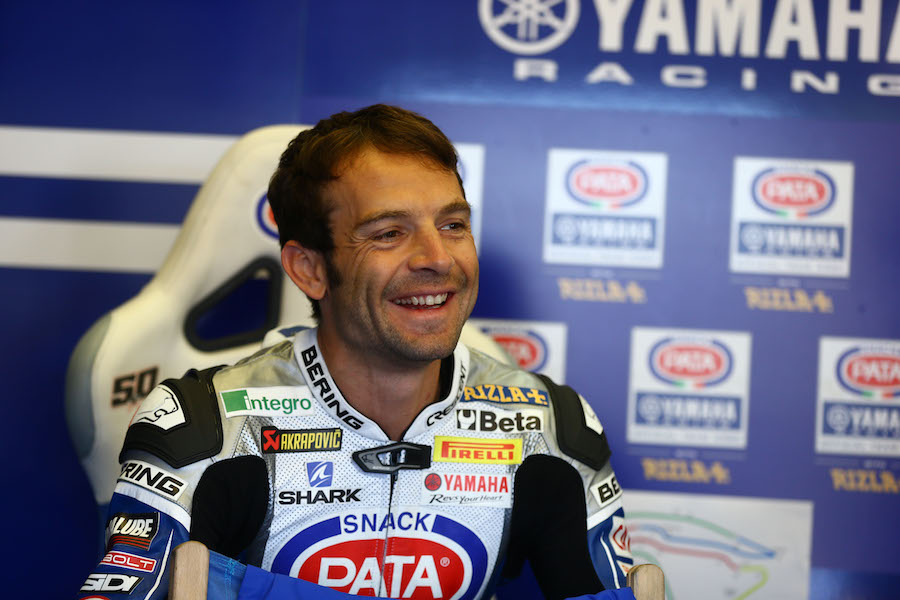 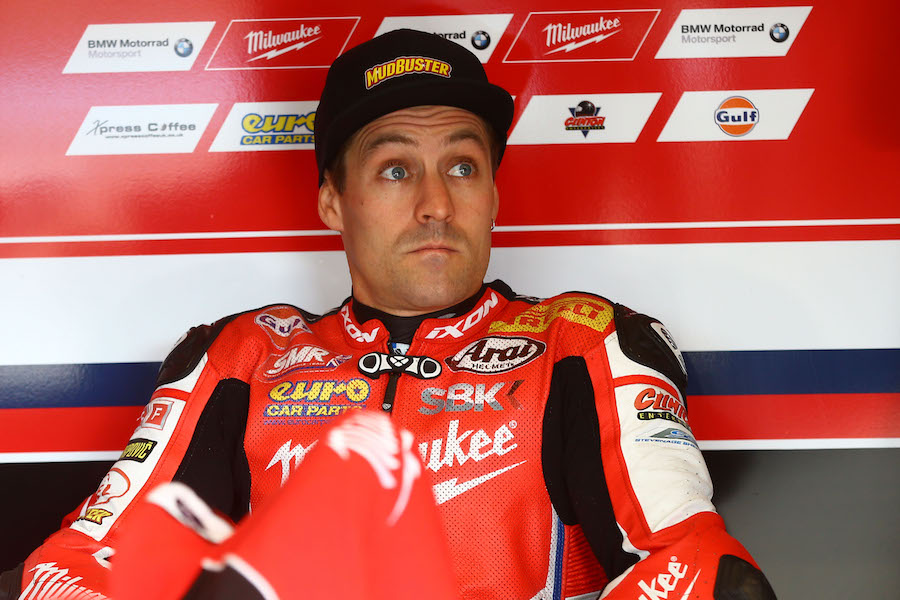 “Dorna tell us we need to hate each other!”

Perhaps World Superbike’s problem isn’t lack of promotion, the wrong bikes or anything like that. Perhaps it’s just that the riders are too friendly with each other.

Dorna know what a bit of needle can do to MotoGP’s television audience, which is why they’ve asked WSBK riders to be less chummy.

“All the top World Superbike riders are comfortable there – they need to battle more, this is something I am asking all the time,” says Alonso. “They are fantastic racers and fantastic people, but I don’t want to see a big happy family in parc fermé, I want to see full-on racing!”

Davies isn’t quite sure what to do about that. “Dorna sit down with us and tell us we need to have an argument and hate each other. I’m sitting next to Jonathan and they’re looking at us like we need to create the interest like that. I understand what they’re saying, but I’m there to race motorbikes and I don’t give a shit if I get on with the guy next to me. If someone wants to fall out with me, that’s fine because I ride fast when I’m pissed off. But I’m not going looking for a fight.” 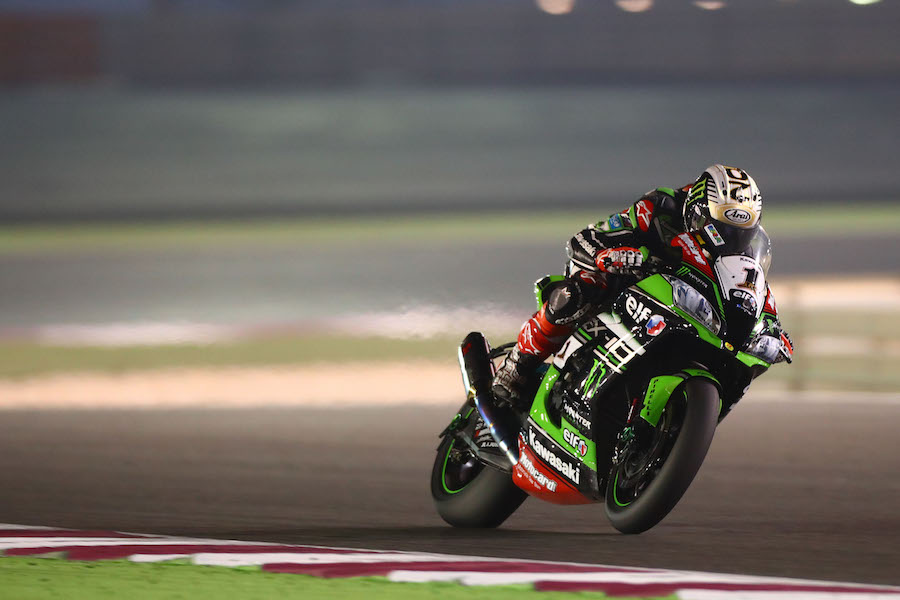 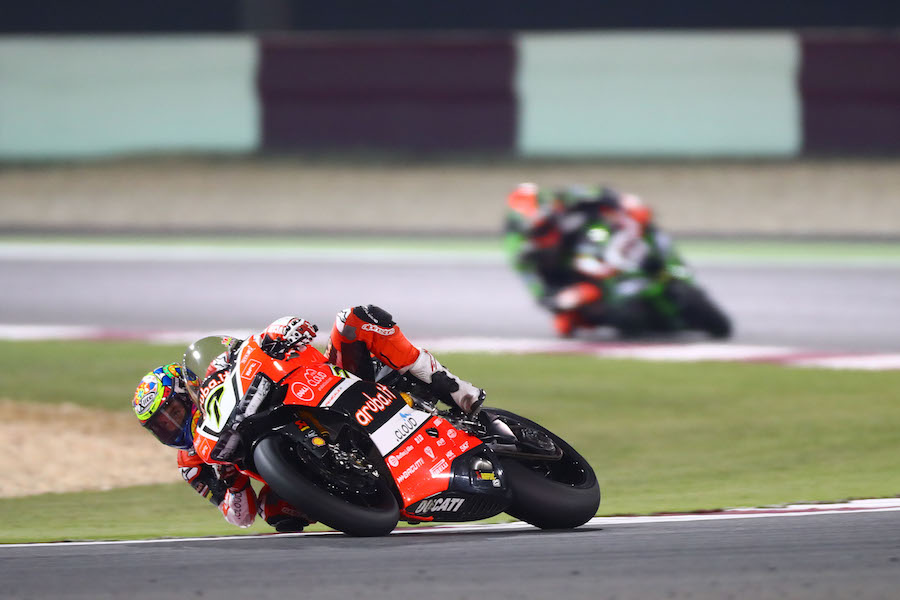