Franco Morbidelli (Petronas SRT Yamaha) put the message on his one-off helmet livery, inspired by Spike Lee’s seminal film Do The Right Thing, into action at home to emphatically announce his arrival as a genuine premier class force. Here he showed his rivals a ‘Time Out.’

The laidback Italian was regularly reduced to a whipping boy by Fabio Quartararo (Petronas SRT Yamaha), his younger team-mate, throughout 2019. But how he has bounced back. Leaner, fitter and riding his Yamaha M1 in a smoother manner in his second season on the bike, Morbidelli scrapped with master and mentor Valentino Rossi (Monster Energy Yamaha) here before breaking clear to cruise to his first MotoGP win.

This was a remarkable recovery from the Austrian Grand Prix when a 170mph collision had left Morbidelli battered, swollen and shaken for the Styrian bout. Here he was the definition of calm, building up a lead of two seconds, providing him the time to “think about many things” in the race’s final third. In what was the third closest top 15 in MotoGP history and the fourth closest top ten, the Italian was a relative age in front, winning by 2.2 seconds.

In doing so, Morbidelli became the fifth different winner in six races (four of them first time victors). Andrea Dovizioso (Ducati Team), the rider to finish seventh here and lament his lack of feel throughout, took over the championship lead. And Quartararo’s hot-headed crash out of fourth place blew the championship further open. 19 points now cover the top seven riders. MotoGP has never been so open.

For the first time in the COVID-19 era, fans were allowed to spectate from grandstands around the track. On Sunday a generous estimation of 9,750 were treated to an Italian masterclass in two classes. In Morbidelli – 25 years old – and spirited returnee Francesco Bagnaia (Pramac Ducati) – 23 – there wasa glimpse of Italy’s new generation performing at the highest level. The week had begun amid wild speculation slating Rossi’s imminent surprise retirement. While ultimately unfounded, this pair showed the future of Italian motorcycle racing is in safe hands when the nine-time World Champion eventually decides to hang up his leathers. 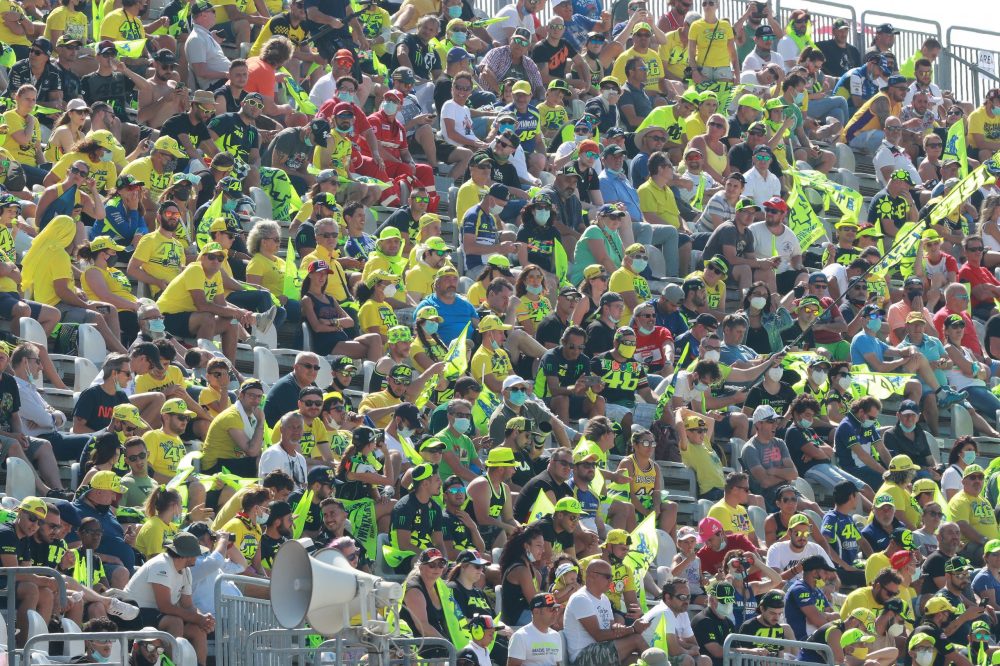 Their speed, as well as that of the deeply impressive Joan Mir (Ecstar Suzuki), ultimately did for Rossi’s chances of a famous home podium. By riding extensively with Morbdeilli, Bagnaia and a host of others in his VR46 Academy, the 41-year old maintains his youth. But he has also trained an impressive stable of racers, which is now to his detriment. “At one point in the race I wondered, ‘Whose fucking idea was it to start this academy?’” he joked on Sunday evening. 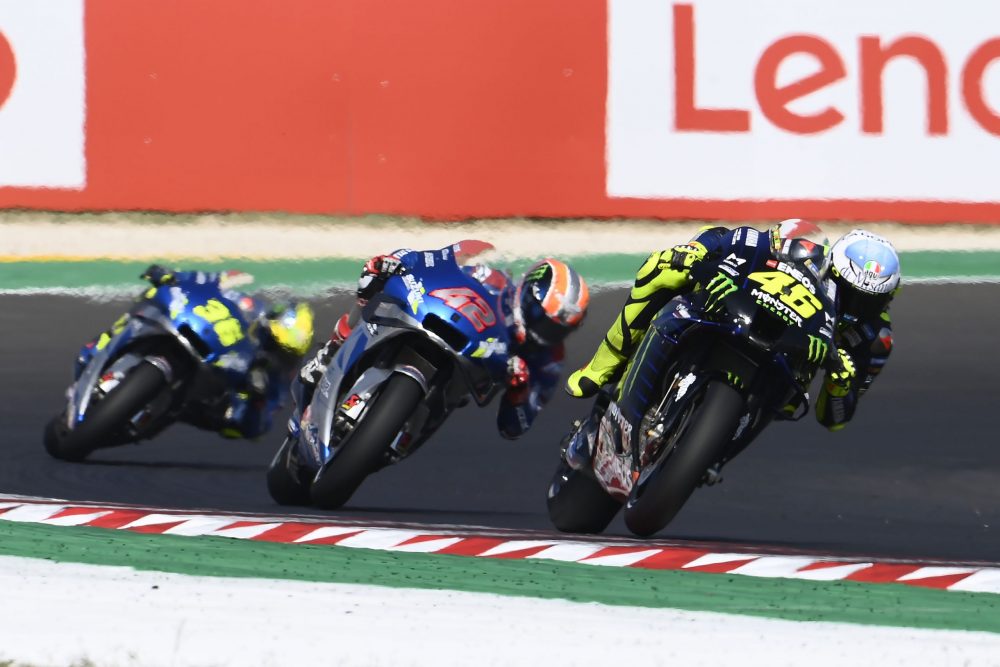 Quartararo and pole sitter Maverick Viñales (Monster Energy Yamaha) – had set the benchmark times since Friday. Yet it was Morbidelli and Rossi who made the early running, breaking clear of the rest. Jack Miller (Pramac Ducati) soon pounced on Viñales, the sole rider on Michelin’s hard rear tyre compound, at turn eight to sit third. Quartararo in fifth headed the Ecstar Suzukis of Alex Rins and Mir. Rossi, and his one-off helmet design for Misano showing a packet of Viagra, was up for the fight, attempting to move under his protegee at Quercia on laps one, two and three. 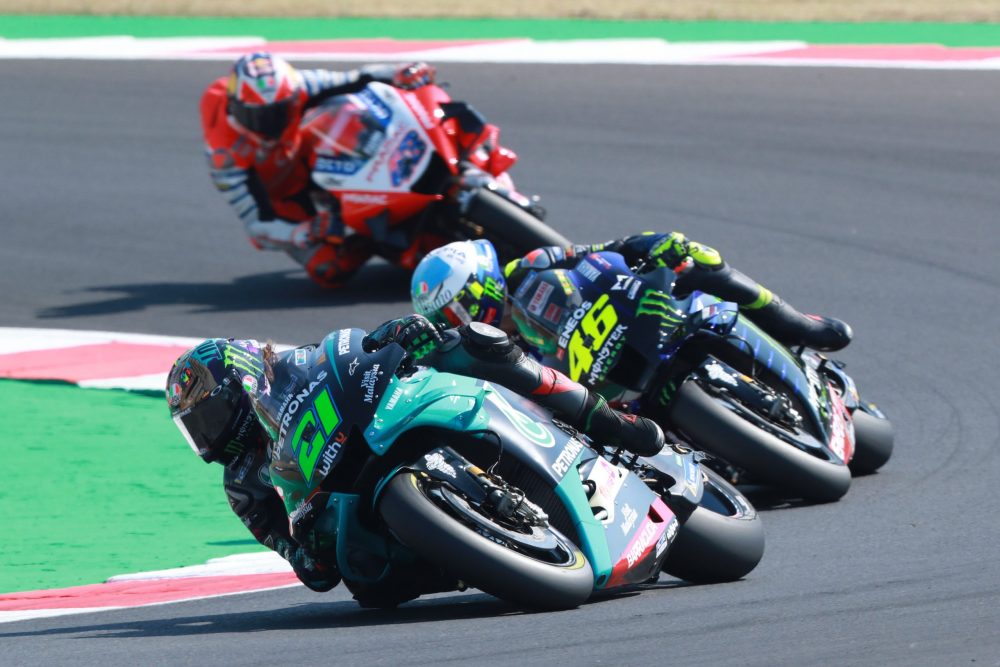 But Morbidelli never looked flustered during the first seven laps when just 2.5 seconds covered the top seven riders. On lap eleven he began gapping his mentor by tenths of a second and by lap 14 his lead extended one second for the first time. By the checkered flag this was a rout. “At first I felt pressure from Vale. I was just hoping we would not bother each other and that’s what happened,” Morbidelli said. Surely this is the first of many.

From the start Quartararo had great difficulty passing Viñales, who in turn was suffering from his usual early race struggles. He finally out-braked the Catalan at turn 14 on lap eight. But four corners into the next lap his world came tumbling down. “Behind Maverick the front tyre temperature went too high. I was scared that Franco was going away but was too excited,” he admitted. He tucked the front, crashed, remounted and crashed again on lap 19. A day to forget.

Things were going awry for Viñales, too. Rins passed him on lap nine, the slow starting Bagnaia on lap ten and Mir on lap eleven. Soon Rins was off and chasing down Miller in third. He was by on lap 14. Bagnaia followed his lead, picking off his team-mate through the awesome Curvone on the same lap. Rossi, 1.6s ahead, was their next target. With Morbidelli safely ahead, 41-year old Rossi was now on the defensive. Rins and Bagnaia caught him on lap 19 before the latter made short work of both. Bagnaia’s move on Rossi, through the 170mph Curvone with seven laps to go, was particularly awe-inspiring. 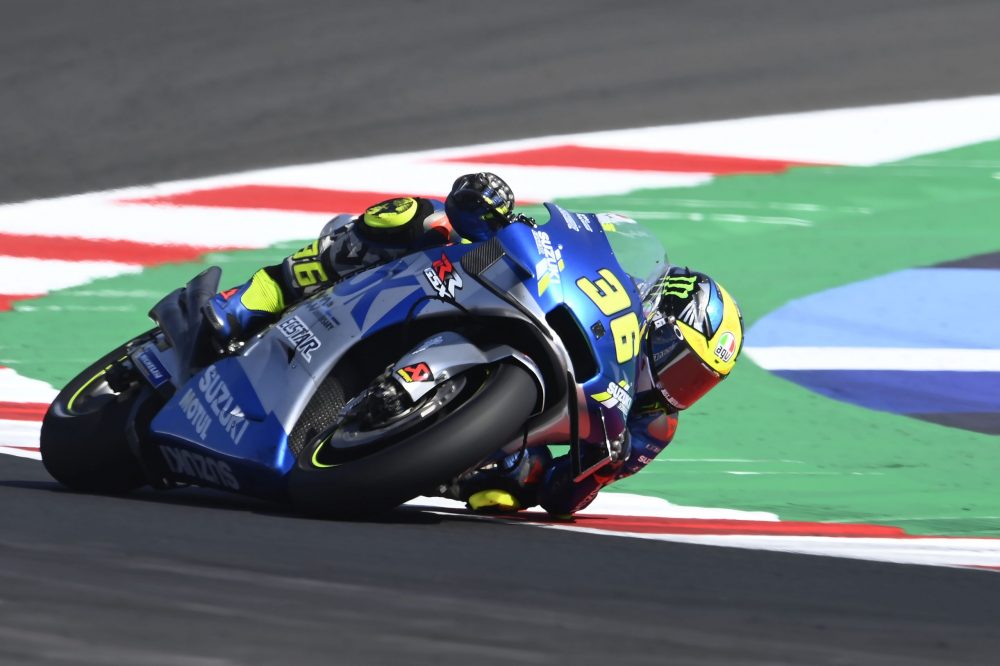 Such was their speed, it was easy to forget Bagnaia and Rins’s physical conditions. This was the Italian’s return ride after fracturing the top of his right fibia in early August. In 29-degree heat, fatigue soon took hold. Rins, meanwhile, started suffering from arm pump, a consequence of the right shoulder fracture-dislocation sustained in July.

As Rins flagged, Mir was coming into his own. From nearly 4 seconds back of Rossi, he made it a four-rider fight for second with three to go. Mir saved his best for last producing a late smash-and-grab demoted Rins to fifth at turn one and Rossi to fourth at turn ten on the final lap. A handful of corners more and he’d have taken second. An all-VR46 Academy denied at the death. 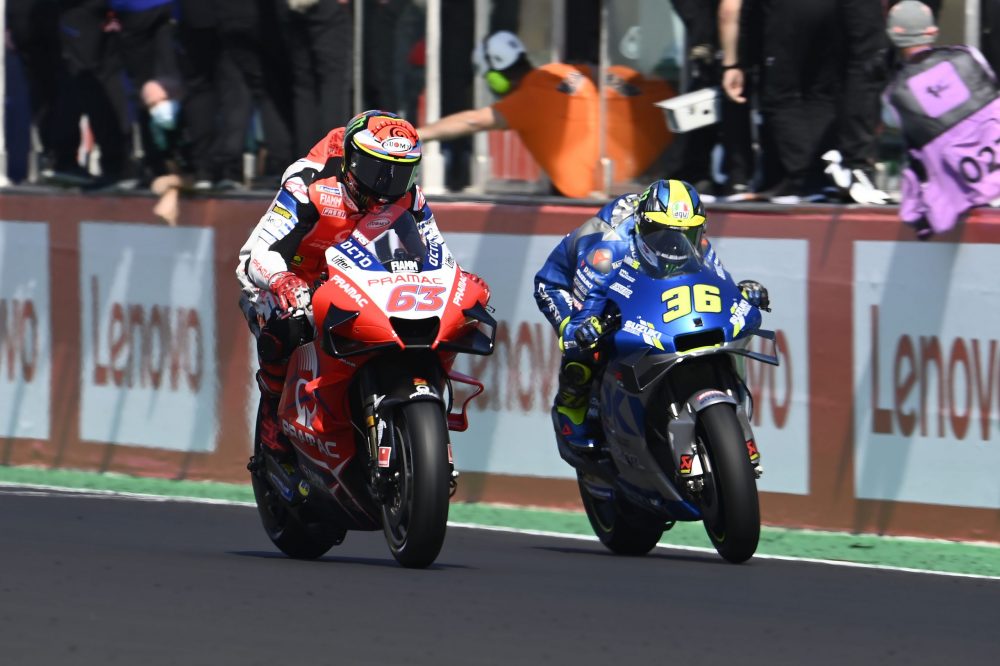 But Bagnaia, the twelfth different rider to climb the podium in six races (a first in 44 years), held on. “The most important thing was to start from where we left off,” he said. Mir was similarly jubilant. “I will never forget the move on Valentino. I am sorry for him, but today was my day.”

Rossi was devastated to lose third so late on. “It’s a great shame but it remains a good weekend. I rode well and was always strong.” Rins was sure he had the pace for the win but for his physical limitations. Viñales was a desperately disappointing sixth, 5.3s off the win. “It’s frustrating that I can practice so well, and then the bike is not working in the race.”

An anonymous Dovizioso was never in the running as his struggles with the 2020 Michelin rear tyre continue. Miller faded to eighth, regretting the decision to choose the soft rear tyre compound against his own judgement. “In future I need to trust a little bit more my instincts.” Takaaki Nakagami (LCR Honda) was the best of the Hondas in another dismal weekend for HRC and Pol Espargaro (Red Bull KTM) was tenth, just 12 seconds behind. 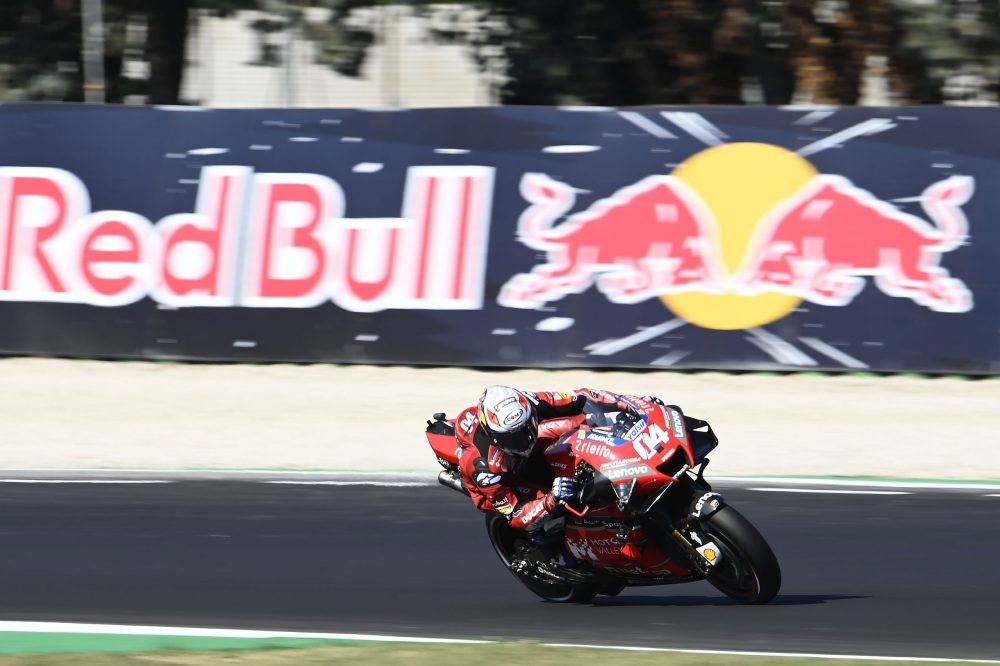