A new engine note was heard when action got underway in a two-day WorldSBK test at Jerez.

Ducati brought along a WSBK race-spec Panigale V4 for Lorenzo Zanetti to ride, under the control of their dedicated test team.

Serafino Foti, the Aruba.it Racing Ducati team manager said, “It is the first step. It is not the road bike, it is the first (WorldSBK) step.”

This was the second track outing for the race-prepped bike, as confirmed by Foti. “It is the second test because we did the first test in Valencia in October. Only Zanetti has ridden this bike so far. Marco Melandri and Casey Stoner rode only the road bike in Valencia last October.”

There are no plans for full factory riders Davies and Melandri to try the first WorldSBK development Panigale V4 at Jerez this week, said Foti. “Chaz and Marco may ride it in the middle of the season, but not here. They are focused on our current bikes at this test because we need to do the races with the V-twin.

The world launch of the Panigale V4 road bike is going on at Valencia right now, and AMCN is on hand to sample the new S and Speciale models. More updates soon. 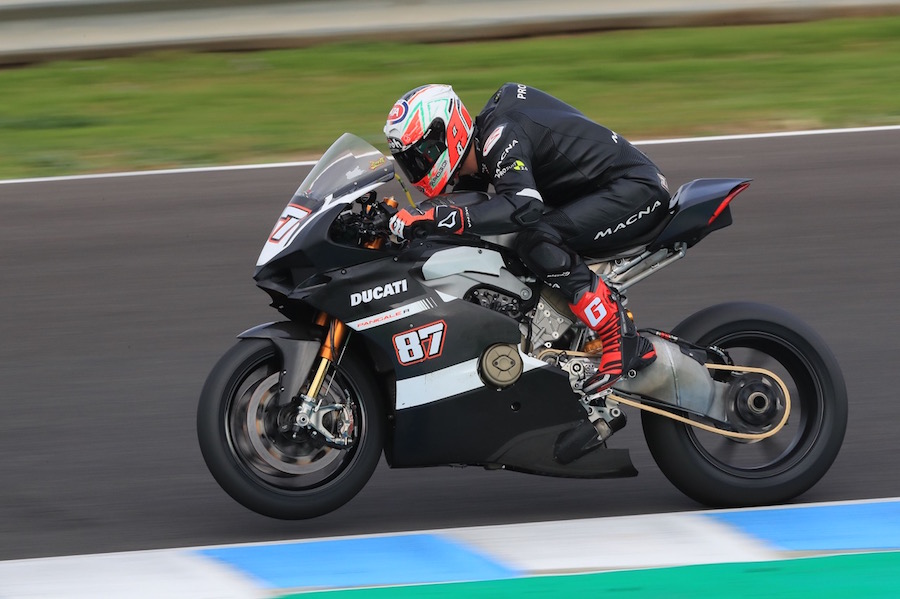 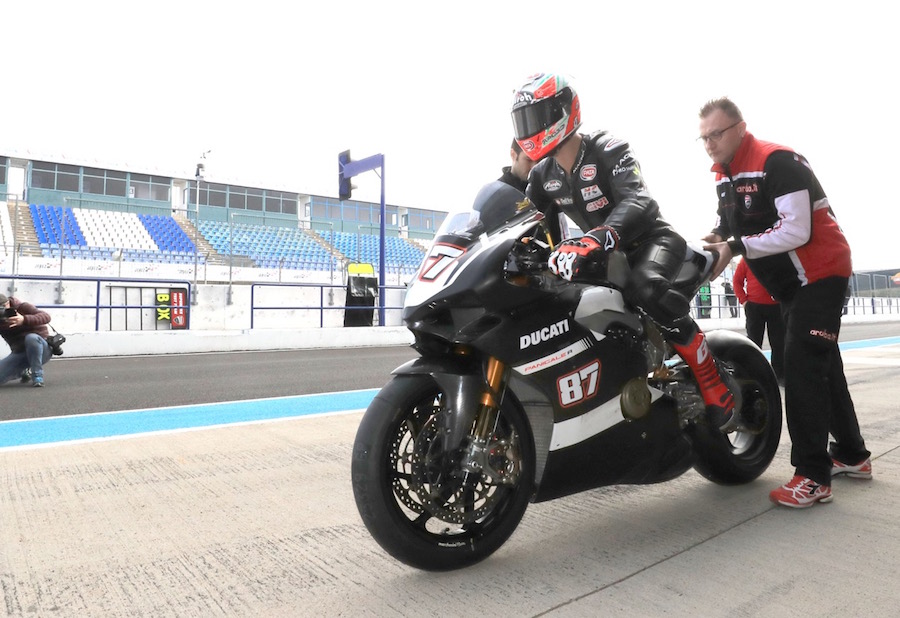