Britain’s Peter Williams, often acclaimed as the finest GP racer/engineer of modern times, passed away quietly on 20 December 2020 in his sleep, after a long illness. He was 81 years old.

Not many men can have turned down the chance to race for the works Suzuki team, forfeited a ride with the Honda factory and declined an offer to work as a designer for Yamaha, whether for reasons of patriotism or loyalty – but Williams did all three.

Instead, except for a brief link with MZ – for which he scored the East German factory’s final GP race victory in the 1971 350cc Ulster GP, which was also his own solitary World Championship race win – he raced exclusively aboard British bikes during his 10-year racing career, which ended in 1974 with his tragic Oulton Park accident on the F750 John Player Norton.

Son of Jack Williams, creator of the Matchless G50 who also supervised development of the AJS Porcupine twin and 7R single during his time as chief engineer for Associated Motor Cycles, Peter was equally skilled as both designer and racer.

After training as a draughtsman, he worked at the Ford car factory, while beginning to race motorcycles in 1964, finishing third in the 1965 Manx GP on a 250cc Greeves two-stroke. Just two years after starting racing, in 1966 Williams began his GP race career as the eternal runner-up to Agostini’s works MV Agusta triple aboard Tom Arter’s slower but better-handling AJS and Matchless singles – latterly equipped with modern-style ‘wheelbarrow’ cast wheels, which Williams designed himself while recuperating from race injuries. 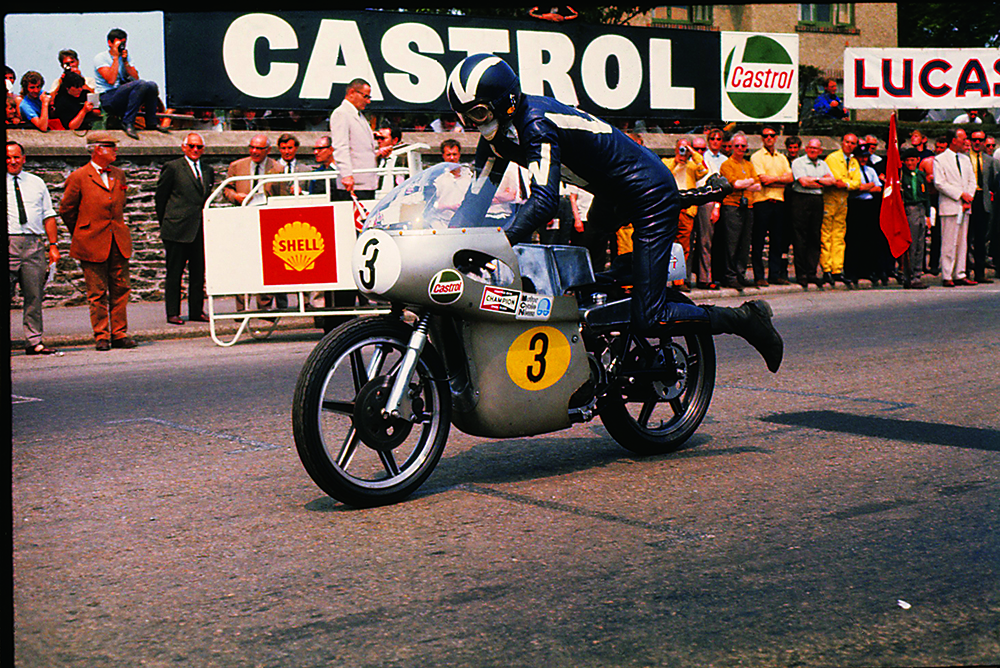 Peter was always at the forefront of new technology; as well as cast wheels, he was a pioneering user of disc brakes and a full-face helmet, all now common.

Williams finished second in an Isle of Man TT race no less than seven times on various machinery – twice in the Production TT on a 750cc Norton Commando, the rest on his slower British 350/500cc singles against the multi-cylinder might of MV Agusta and Honda. He was also runner-up in Grand Prix races at Assen, Monza, Hockenheim and Dundrod.

His admirer Mike Hailwood had previously lined Peter up to race for Honda as his teammate in 1968, before the Japanese factory announced its withdrawal from racing, leaving Williams instead to join the Norton factory’s new race shop at Thruxton early in 1970.

Establishing a rapport with Norton-Villiers-Triumph boss Dennis Poore, Williams forged a new career as a successful big-bike rider, winning several production races including the prestigious Thruxton 500-miler on the new Norton Commando streetbike. But in 1971 he built a prototype Norton 750cc racer which convinced Poore of the potential of Formula 750 racing as a promotional instrument for the marque. This led to the formation of the John Player Norton squad, motorcycle racing’s first team fully supported by an outside sponsor.

It resulted in the creation of first the 1972 pannier-tank F750 Norton racer, then a year later the ground-breaking Monocoque – both of them designed by Williams, as well as ridden by him to much of the deserved success the distinctive-looking bikes enjoyed in their trademark JPN livery.

In winning the 1973 Isle of Man F750 TT on the JPN Monocoque, Williams fully demonstrated the worth of his unique combination of talents expressed both sitting at the drawing board and on the race track, at the controls of a truly avantgarde motorcycle, which allowed him to achieve the high standards he set himself both as rider and as engineer. 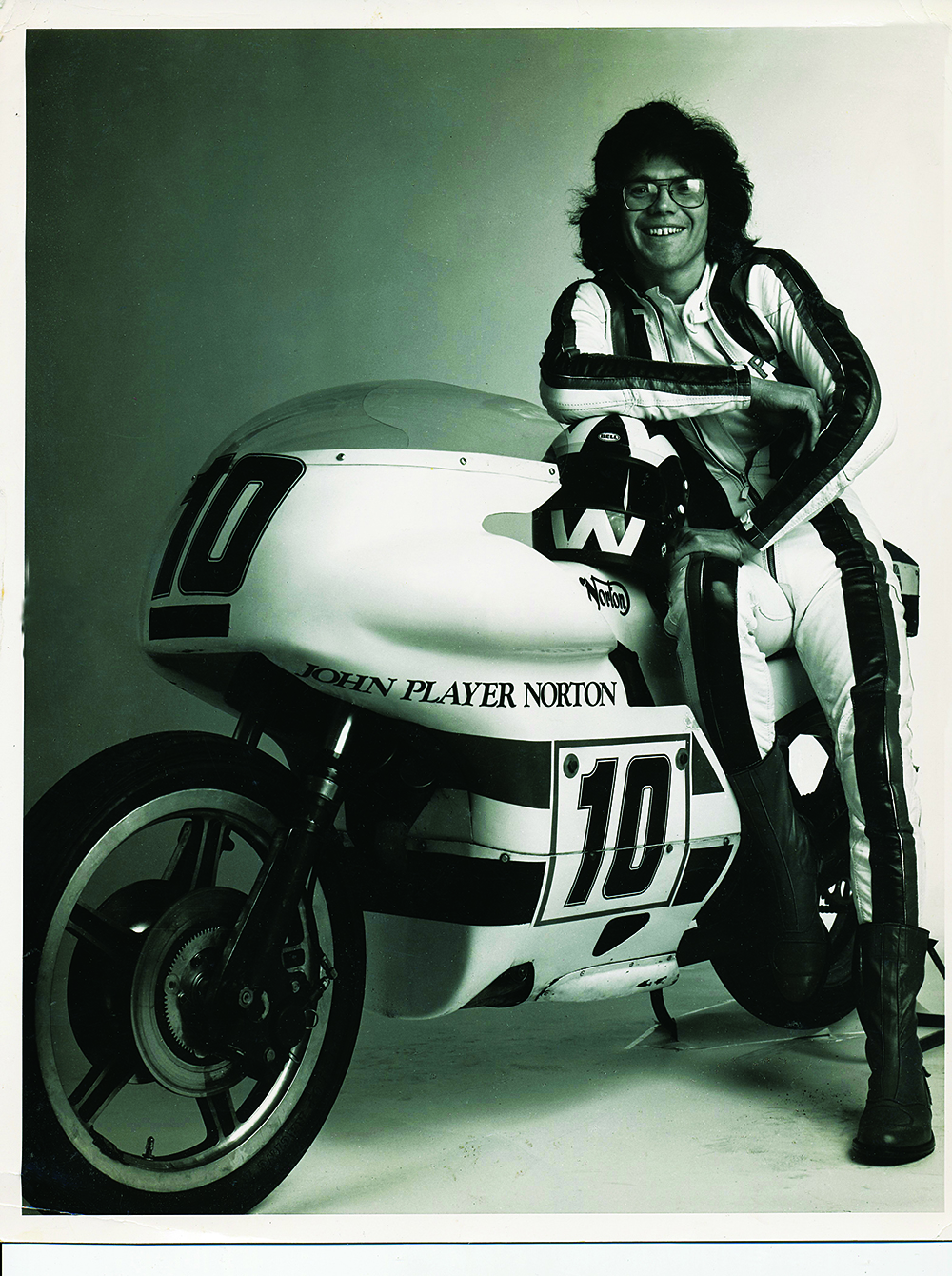 But in 1974 Williams was forced to terminate development of the iconic – and successful – JPN Monocoque, which was replaced by a bulkier, slower but more accessible spaceframe design. It was on one of these that he crashed at Oulton Park, when the one-piece fuel tank/seat unit became detached. The man who was widely recognised as the greatest combination of rider and development engineer ever to race a motorcycle, was thrown off the bike at high speed, suffering career-ending injuries to his left arm.

In life after racing, Peter Williams joined Cosworth, working on various projects for the Formula 1 engine manufacturer, including its own Supermono racer, which sadly never reached fruition. He was also involved with a similarly abortive project for Lotus Cars, namely the development of a Superbike with carbon fibre monocoque frame.

In 2015, alongside working as a consultant for major automotive industry players, Williams launched an exact replica of his F750 TT-winning JPN Monocoque racer for sale, before he was sadly taken ill and the project foundered, after a handful of such bikes were built.

Peter Williams was a motorcycle visionary who has often been compared to the late John Britten, in his ability to apply rational thought to moving the goalposts of two-wheeled design, and win races with the result. But Peter’s overall talents outstripped those of the Kiwi designer, for ‘PJW’ had the confidence and capable riding skills needed to personally take the products of his fertile mind to the limits of their potential and to win races, doing so against much more powerful opposition.

Peter Williams encompassed a unique blend of capabilities that are as rare today as back then. 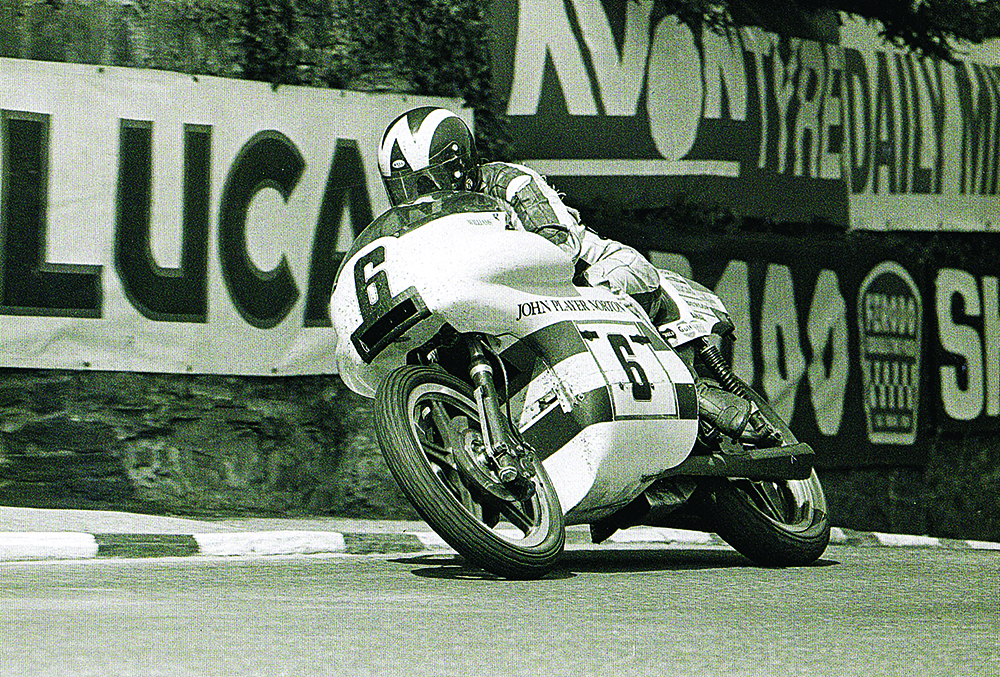 Since the XR arrived, Dazzla has been taking it everywhere I did read somewhere in AMCN that the BMW S1000XR was labelled as an Adventure Sports motorcycle. Well, I’ve been getting out and about on the XR quite a bit since it joined our long-term fleet, and I’m not sure how

Behind the scenes action from the LAMS Adventure Issue