New versions of BMW Motorrad’s renowned middle-class F series models, the F 750 GS, F 850 GS and F 850 GS Adventure, will arrive in Australia at the end of this year and into 2021.

General changes to the BMW F 750 GS, BMW F 850 GS and BMW F 850 GS Adventure include new tape designs and the respective style designation on the fairing side panels of the style variations.

All models now have new LED flashing turn indicators as standard and a USB charging device at the front right of the cockpit. ABS Pro and DTC (Dynamic Traction Control) are now also standard to enhance braking and acceleration characteristics.

“They also make a statement by evoking BMW’s legendary models of the past in a significant year for the GS model line.” 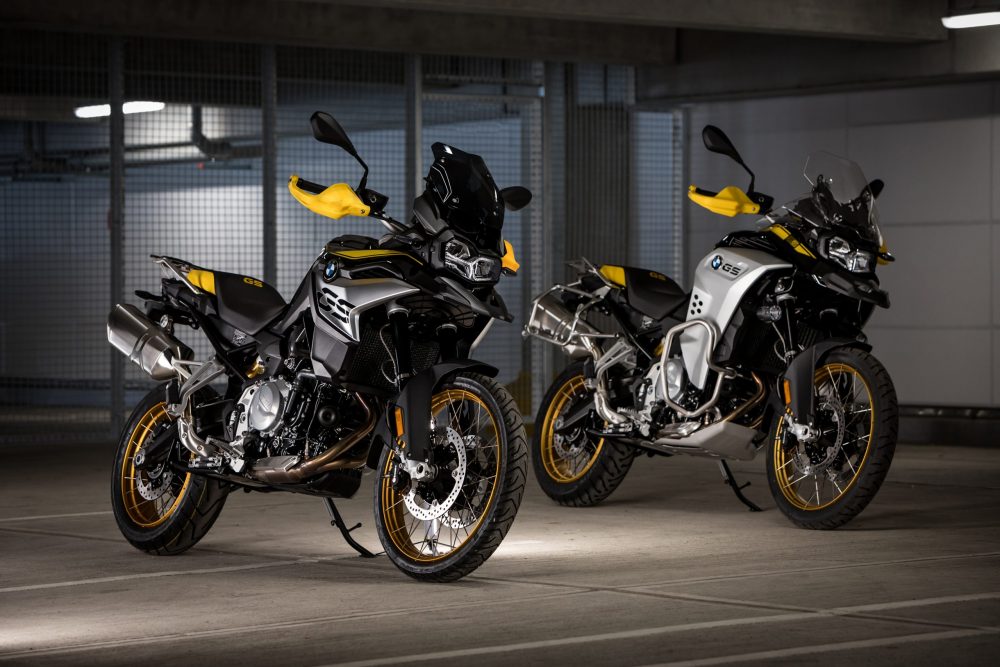 The new BMW F 750 GS now steps up in the new basic Light white paintwork with the tank centre cover painted in the vehicle colour. The black matt painted rims, black handlebars and seat bench in red/black make for a striking contrast.

The sports style in San Marino blue metallic is also new for the BMW F 750 GS, while a tinted windscreen delivers a sporty touch.

Its yellow hand-protector bars and seat bench in black/yellow with GS logo unmistakeably evoke an icon from 40 years of GS history, the BMW R 100 GS. Black matt painted rims, silver handlebars and a galvanised radiator cowl round off this exclusive anniversary appearance. 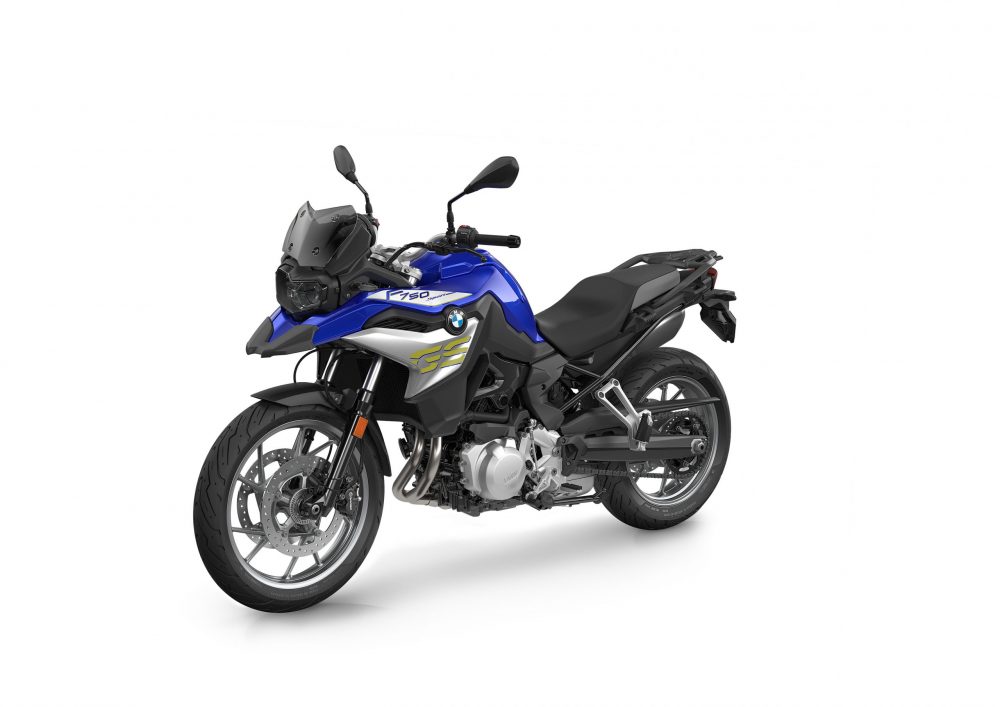 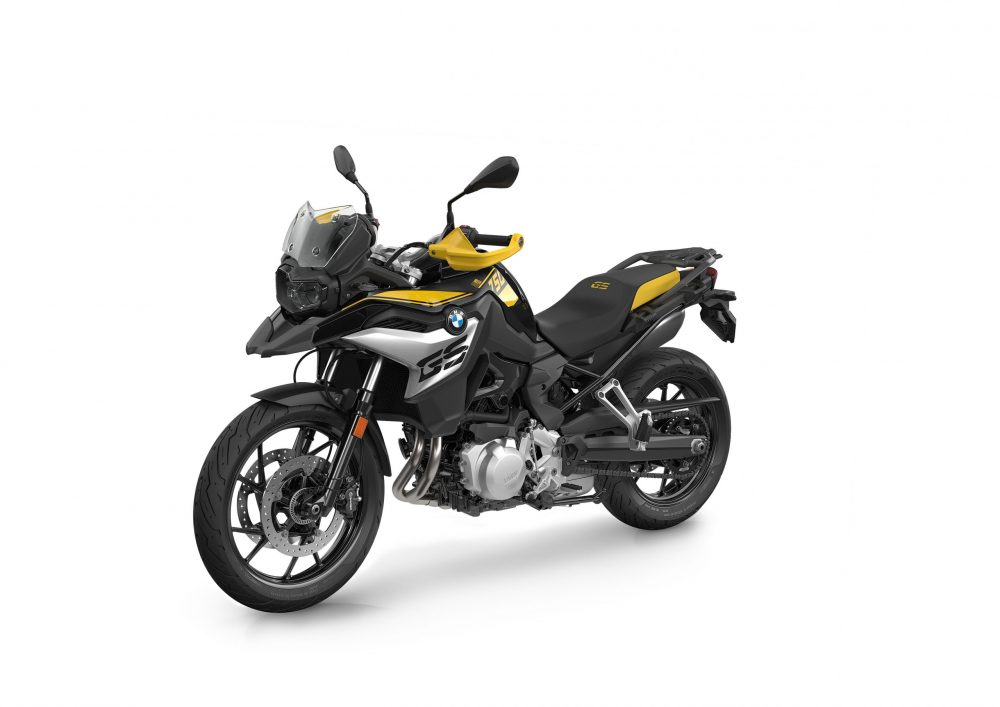 The standard equipment of the BMW F 850 GS has been further enhanced with a windscreen adjustment mechanism and a TFT display including convenient Connectivity functions. 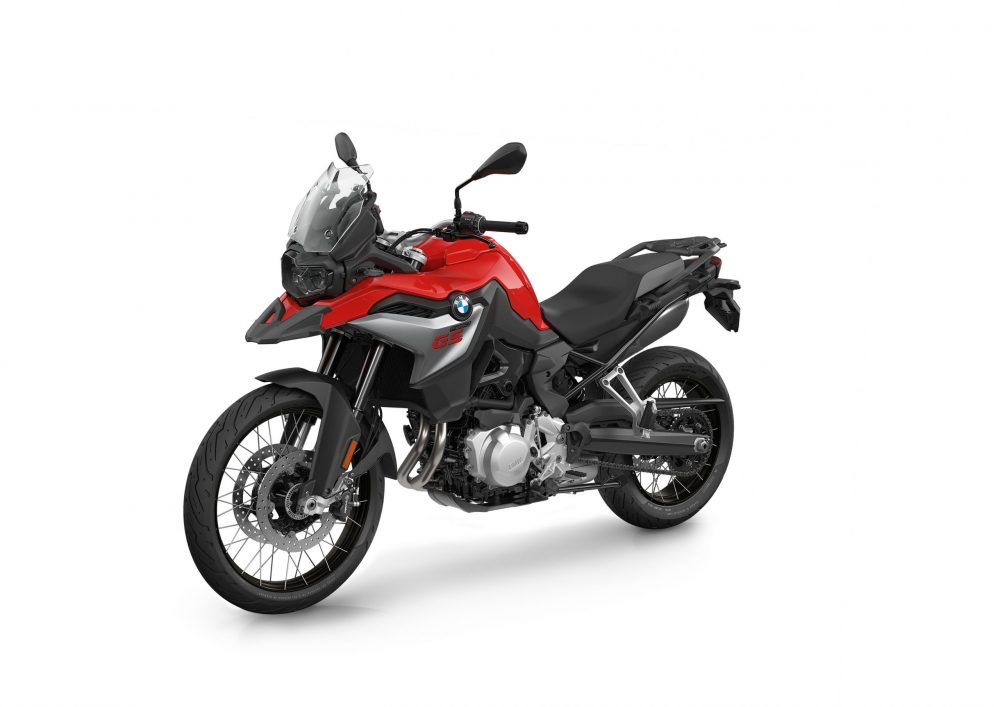 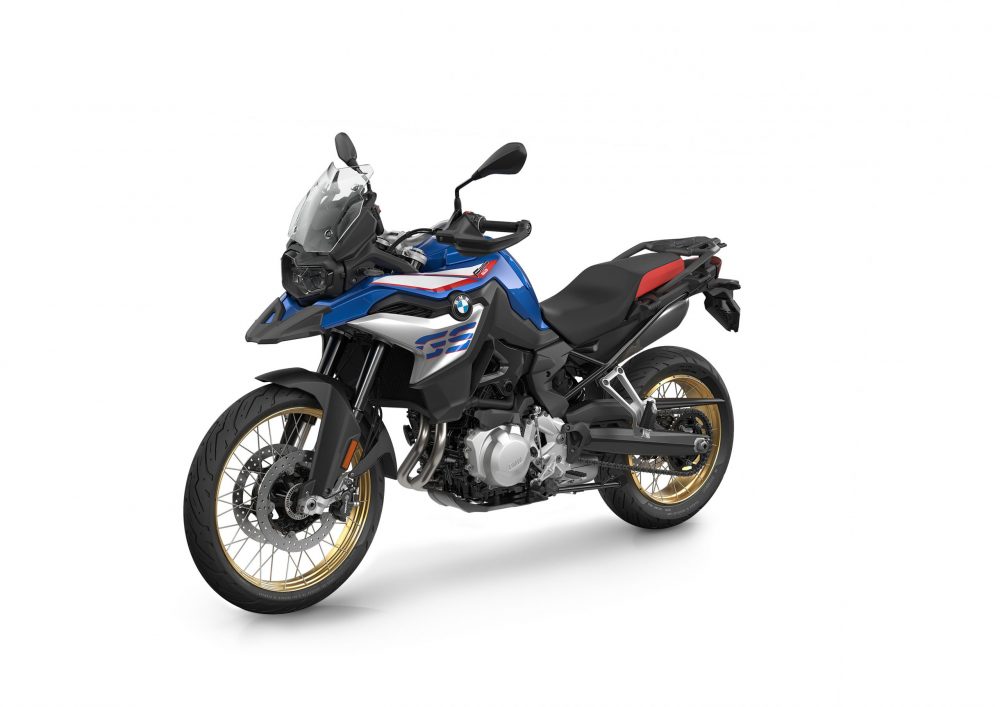 The black fixed fork tubes and rims and grey-black comfort seat blend in homogeneously and harmoniously.

The new BMW F 850 GS Adventure as “40 Years GS Edition” is also dedicated to the special anniversary of the BMW GS models. The “40 Years GS” logo and yellow hand-protector bars are distinctive hallmarks of the anniversary GS in Black storm metallic paintwork. 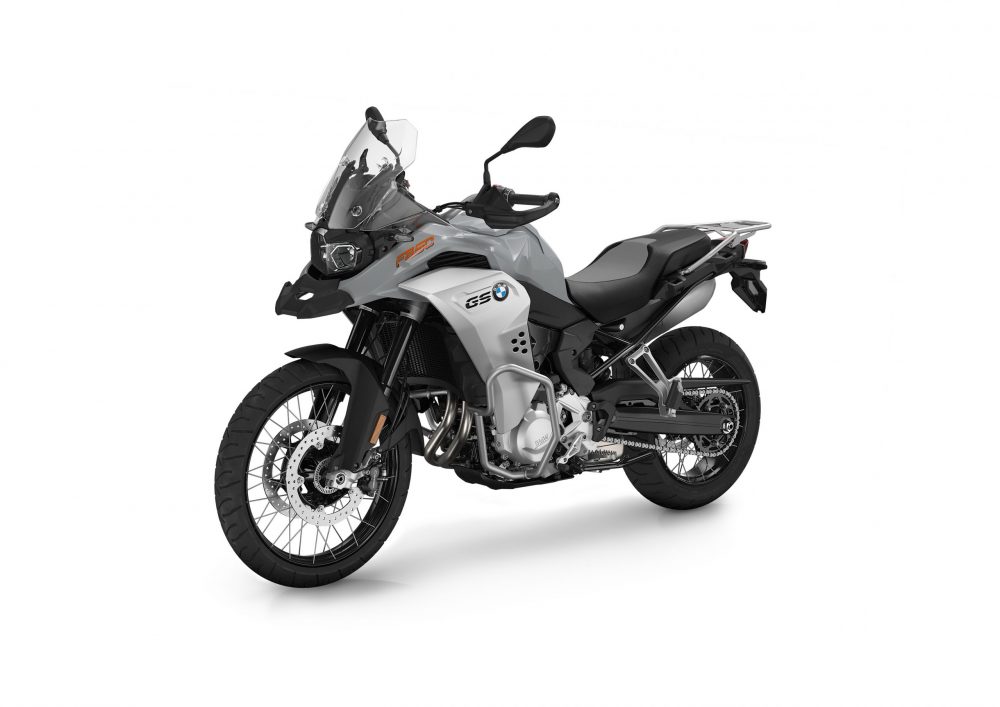 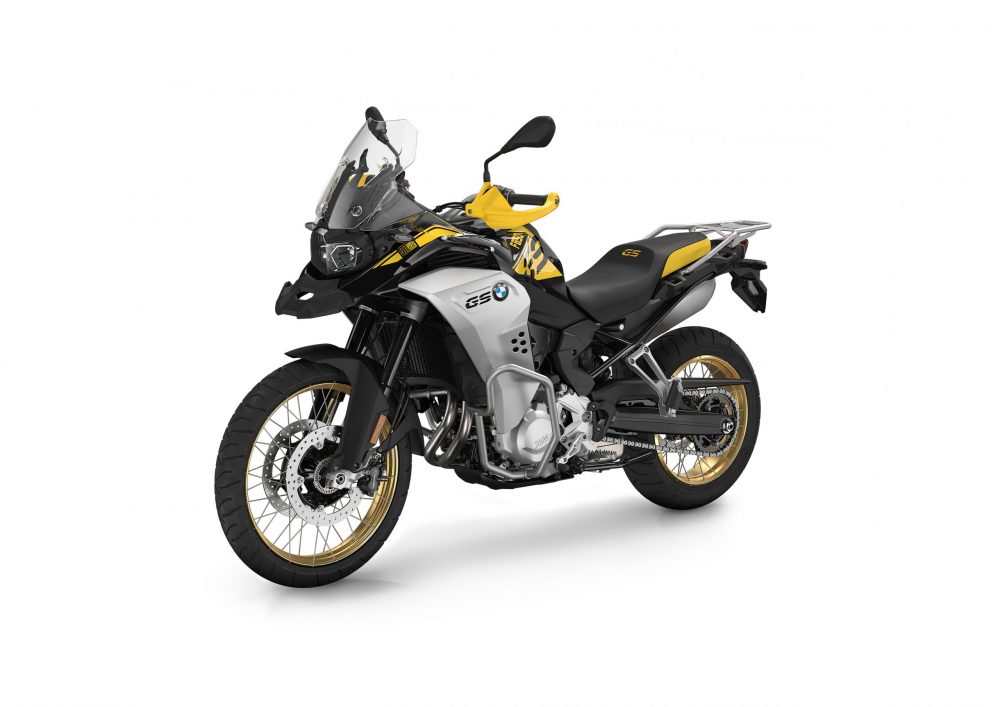 Furthermore, dynamic engine brake control and Dynamic Brake Control (DBC) now feature in Pro riding modes. Other new Pro riding mode features include the preselection of up to four riding modes for the button assignment on the right handlebar controls (only in conjunction with the Connectivity optional equipment in the BMW F 750 GS).

An extra low seat bench as well as modified lowered suspension will be available as optional equipment for all three models in the future, ensuring even better ground accessibility when stationary.

Original BMW Motorrad Accessories now supply a holder for the BMW F 850 GS and BMW F 850 GS Adventure for mounting the BMW Motorrad Navigator above the standard TFT display; a beneficial element when the driver is stationary off-road. This holder was previously reserved exclusively for GS trophy machines and deployment vehicles.

The ex-works “Preparation for navigation device” optional equipment is still available for positioning on the handlebar clamp as before.

Since completely switching off the ABS will no longer be permissible under legal homologation regulations in the future, the Enduro and Enduro Pro riding modes provide suitably adapted controls for this purpose.

The ABS function can still be switched off on the rear wheel in Enduro Pro riding mode (BMW F 850 GS and BMW F 850 GS Adventure only). The HP logo will be omitted in future in all optional equipment scopes and Original BMW Motorrad Accessories.

The sports silencer for the BMW F 750 GS will only be provided via Original BMW Motorrad Accessories. 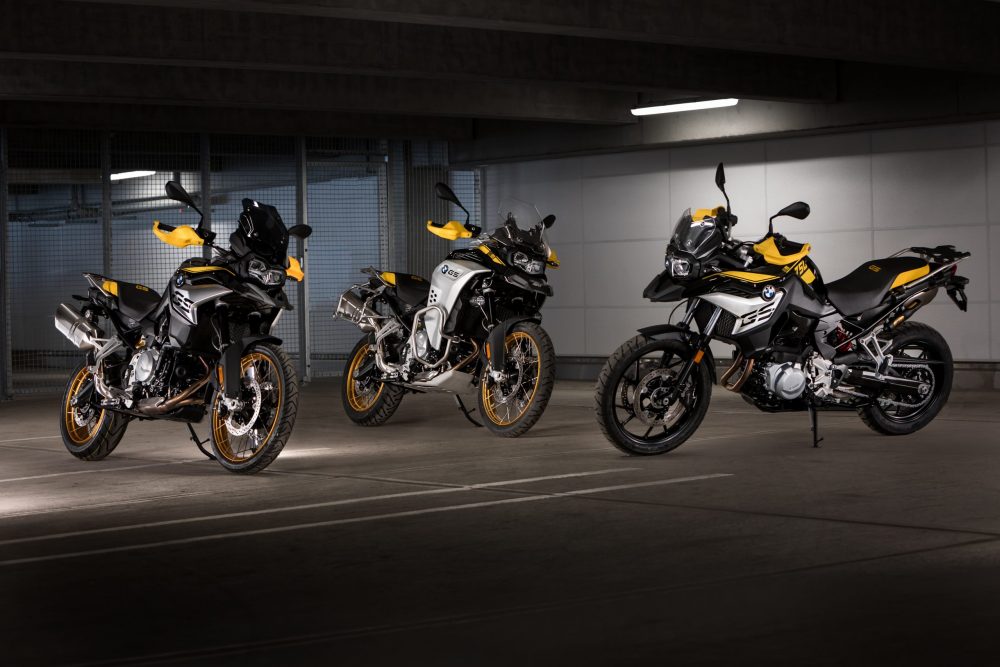 Kyogle plays host to round 5 and 6 of the Yamaha Australian Off-Road Championship (AORC).