KARL MUGGERIDGE | Where are they now?

LIKE most SUCCESSFUL road-racers of his era, Karl Muggeridge spent much of his youth on dirt tracks, progressing from 50cc short circuit to National Motocross. He’d not long switched to tarmac when, at 24, he celebrated his first win on a Suzuki RGV250 proddie – at Phillip Island. A year later he’d scored a seat on a Honda CBR600 in the British Supersport Championship.

“I’d finished my watchmaking apprenticeship and managed to make my way over to the UK for the final round of the British Superbike Championship,” he says. “I

banged on every garage door and invariably the first question I was asked was ‘have you got any money?’ The answer was obvious, though I did get a couple of test rides and eventually an offer from the Castrol-Honda Supersport Team.”

Karl never broke through for a win, though consistent podiums put him on the radar where it counted.

“Gerrit Ten Kate called me after a disagreement with one of his riders.” Honda agreed to the swap and Karl found himself in one of the leading World Supersport Teams, breaking through for his first win at Brands Hatch in 2000.

Over the following three years visits to the podium became a regular occurrence and after amassing eight pole positions and seven wins, Karl was crowned 2004 World Supersport Champion. 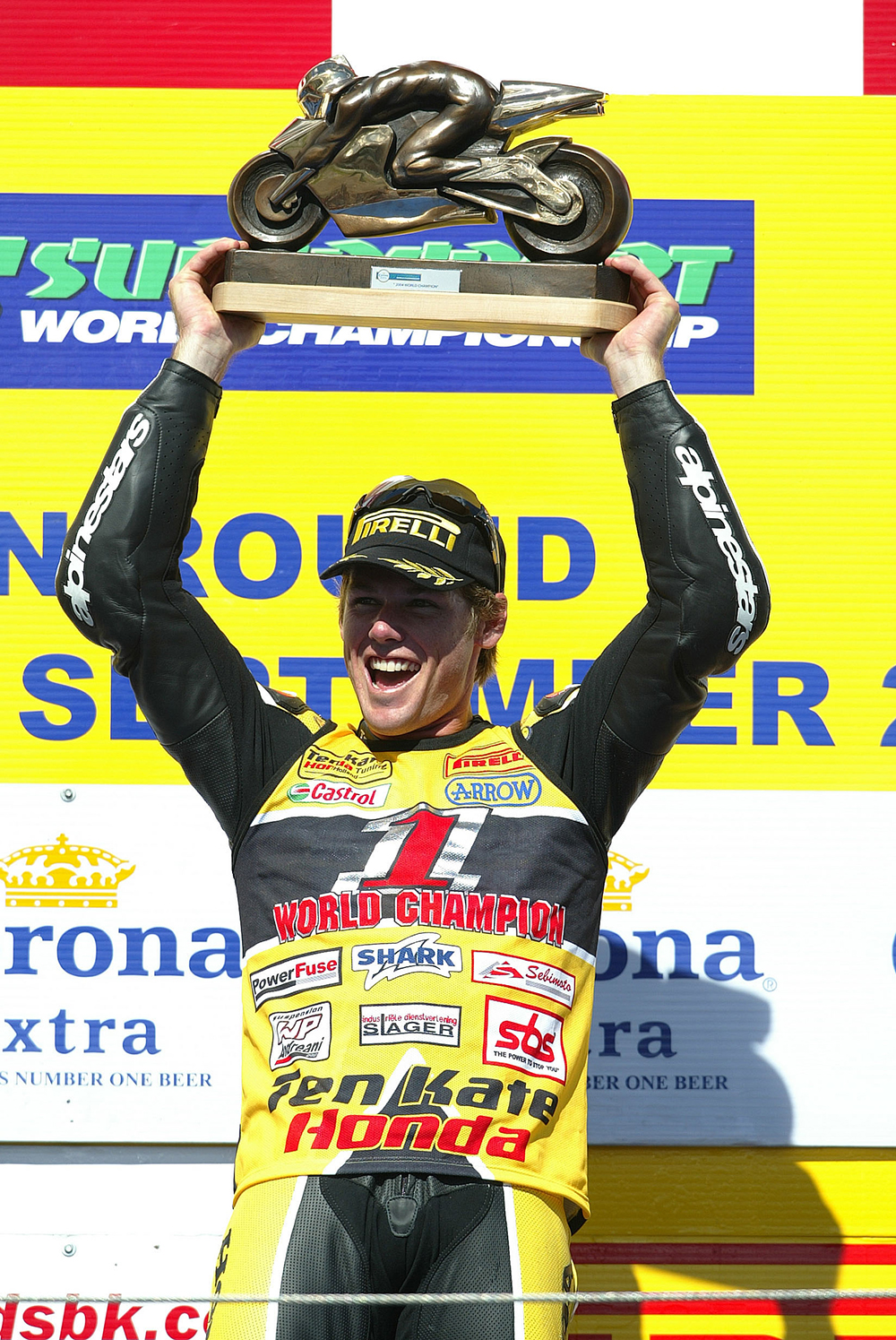 “It was an unbelievable season,” says Karl. “Setting lap records and winning at venues such as Assen, Valencia, Monza and Imola. I was on top of the world. But I really wanted a new challenge. I had to be on a superbike.”

Certainly World Superbikes provided the challenge but not the satisfaction he sought.

“I was on the pace,” says Karl. “But I fell off a fair bit and suffered injuries, including a broken back. At the time riders were offering huge money to get into Superbikes and my Ten Kate seat was literally bought from underneath me.

“Everyone was suffering financial pressure and in a dispute between my next sponsor and management the entire equip disappeared into the Tuscan Mountains until the right money changed hands – only one of some mind-blowing ridiculous events.”

At the conclusion of 2009 Karl was ready to come home.

“I’d had my shot at World Superbikes,” he said. “I’d lived tax-free in Andorra for four years, married Isobel and had two sons, Ryan Luca and Oliver Alec. Then Honda came up with a seat in the German Superbike Championship. I remember coming home and telling Isobel the HRP Team was a breath of fresh air. It was just a dream to ride such a well prepared bike again.”

Karl became the first and only Australian to win a German Superbike Championship, yet despite frequent podiums the following year – and third in the Championship – they couldn’t crack a win in 2011. 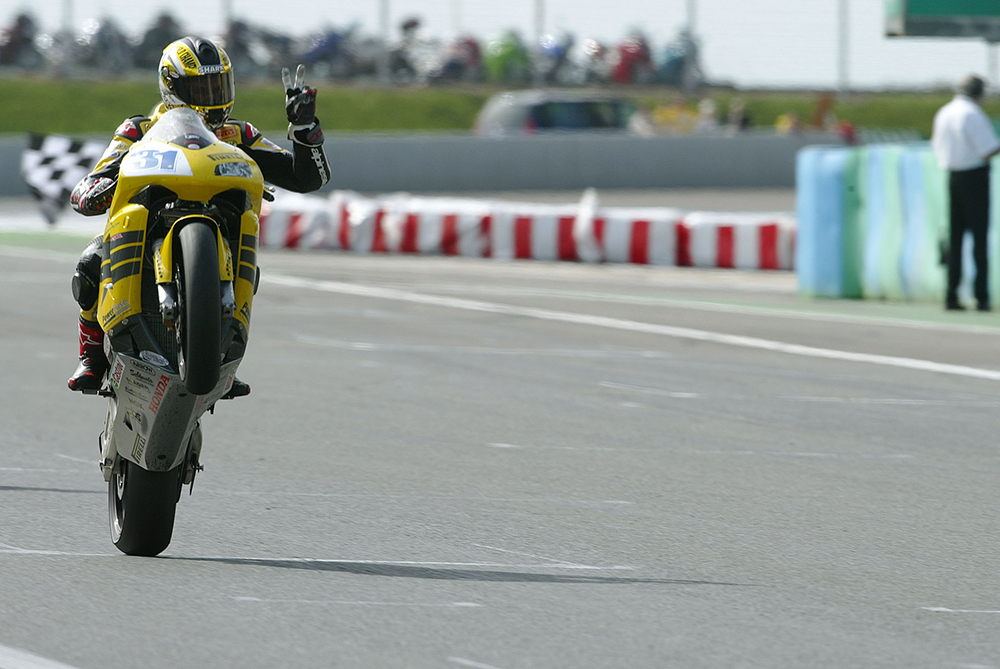 “It was time for me to retire,” says Karl.

He moved back to his old hometown in Tweed Heads and joined his brother Jamie in their Suzuki dealership.

“I was really looking for something different,” Karl told AMCN, “but didn’t know exactly what. Growing up on the coast I’ve always been into surfing and got involved with my two boys in the local Surf Life Saving Club. All pretty laid back really.”

“But now I’m heavily into Cloud Nine, a new company developing and manufacturing Surf Foils – an amalgam of aerodynamics and aquanautics. As soon as you take flight on a foil it’s euphoric. No noise, no chop and amazingly smooth acceleration.”

In between water safety for the Nippers, and jetting between the USA, Europe and Asia Karl still finds time to throw his leg over a bike.

“And in 2018 we took a five-day ride in New Zealand with Chris Birch. There’s some amazing tracks over there.” 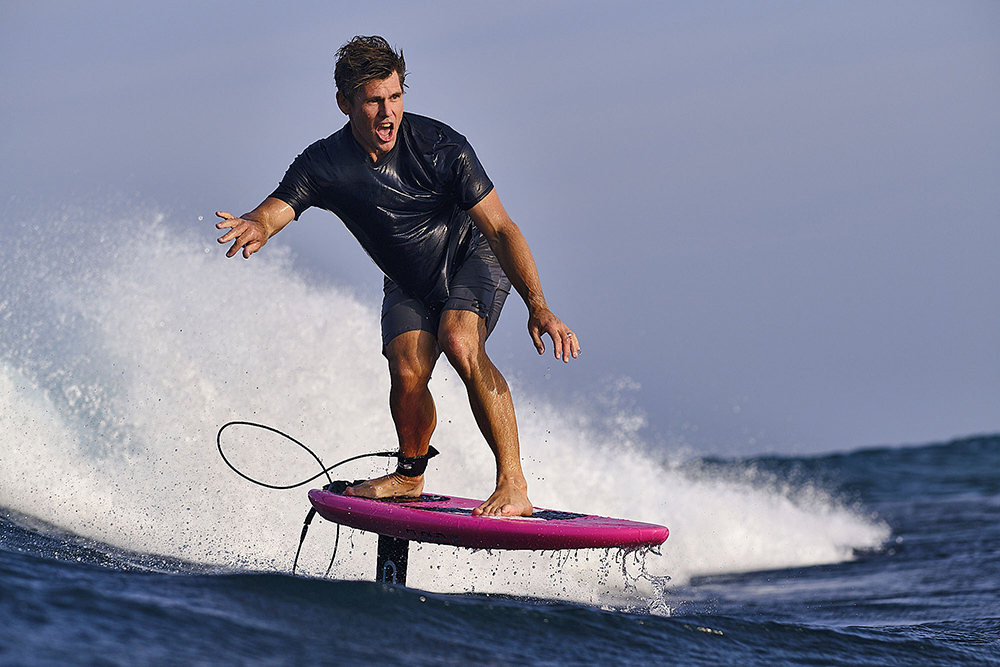